(noun) A term that invokes pain and, as compensation, newfound freedom in class selection

Last April, I declared my major. Not too long before that, I blogged about how I had no clue what I really wanted to major in. Too many cool things at this school… how could I realistically choose one?

Well, the truth is, I’m still pretty much in that position.

But it’s weird though. It’s not like I have just been stagnant in that position since that blog. Things settled for quite a while and then got all stirred up again during this semester.

There was a solid period of time where I felt pretty set on my major. I declared 2A, which is Mechanical Engineering, but you make your own concentration. Think of it as a flexible version of MechE. I was hoping to do 2A with robotics or computing, and I planned out some pretty courseroads. I was super excited to take 2.007, which is one of the robotics classes at MIT, and honestly looked forward to everything. Well besides thermo. That thermo unit in AP chem did not vibe with me; it was downright brutal…

Before starting sophomore year, I knew very well that MechE probably would be pretty rough for me. To take the classes I wanted, I sort of had to not fail or drop any major requirements, because so many classes I found interesting were spring semester only. This was something I was thinking about before I even declared Course 2. I was kind of downright horrible at physics freshman year, so that worried me a bit too. Like actually, I’m not that person who gets a 99 and says they failed. 2.001 (Mechanics and Materials) is basically applied 8.01 (Mechanics), but let’s say you add some bars that go twisty twisty and stretchy stretchy. The thing was, I didn’t dislike physics at all (outside of doing badly on tests, I would say), so I didn’t feel like I would dislike the content of 2.001 that much. I wouldn’t put myself as really an optimistic or a pessimistic person, but part of me was like, even if it’s hard, I would be able to make it if I work through it. Right? If I really wanted to do this major, it should be possible. All I need to do is make it through the class… 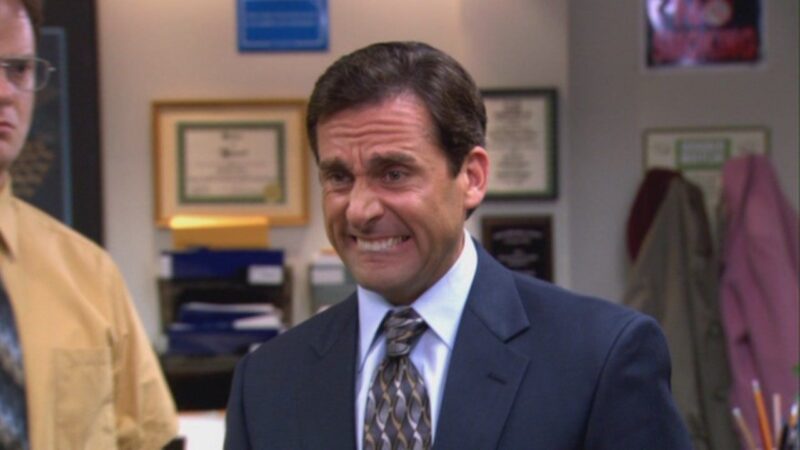 Well, I was right on some things! I actually didn’t dislike the content of the class. I liked the lecturer very much, and I found some things pretty interesting once I understood them, which uh… took a while usually. But I genuinely felt I learned so much no matter how long it took. The bars did indeed twist and stretch, and so did my psyche taking the class.

I don’t think I was that right, however, about being able to make it if I just worked through it. Well, at least I wasn’t right this time around. I might be the next time, at least I hope so. I can say with full confidence that I have never struggled in a class as much as I did in 2.001.

For classes, I don’t generally get too much from lectures, so I spend much more time on Problem Sets since I have to learn some content and also how to approach problems. There are definitely many different approaches to how students here study/approach learning stuff, so while I’m not sure how effective mine is, it usually works alright for me, and understanding-wise, it did in 2.001. I had roughhh times on psets for sure and spent way too many nights staying up till 3 am in Stud 5⁠01 A major student study place, with a quiet and noisy af side finishing them after working on them for hours upon hours, but I felt like I was understanding the content. I was getting somewhere with the work.

What broke my spirit in the class was that though I actually saw myself improve over the semester in how I was understanding, on the exams where it all mattered, I faltered twice. Even though I did fine on the practice exams basically the night before. Which was basically game over by that point. Even though I was passing the class after two nuclear disasters (albeit not amazingly so), I knew I have a track record of doing badly on final exams that are really important for my grade. So I begrudgingly dropped the class given that, and my worry of taking quite the L on the final.

After dropping the class, I honestly felt my motivation for being a Course 2 pretty busted. I still do. I feel like quite the damn idiot, to be really honest too. I felt like I kind of set myself up for getting burnt by majoring in something I thought I might struggle in. Did I still want to take all those classes I mentioned earlier? I definitely did, even though I couldn’t take some as soon as I planned to, like 2.007.⁠02 2.001 is a prerequisite But if my whole experience as a Course 2 would be like this, me feeling dejected after a class, struggling like a fish out of water, it begged the question: is it even worth being in this major? It would really be a shame to major in something that consistently leaves me feeling unhappy, even if I enjoy the content behind it. And what I hope to do with it later.

Where I’m at now is deciding what I want to do, which has left me swaying quite a bit between staying in course 2, and switching to something such as 6-2, which is Electrical Engineering and Computer Science, since lots of the classes I want to take as a 2A-6 of some sort, happen to overlap with 6-2.

Of course, people say you shouldn’t give up just because something is hard, but how far does that extend?

I’ve been wondering, is there some point I should be giving up, though? It is kind of like if I were to be climbing a mountain, and I was low on rations, I shouldn’t just keep going for the sake of not giving up, right? At the same time, it might be worth retackling the mountain when I’m more prepared.

Should I quit while I’m ahead? Before I waste dozens of hours on a class again that I might not even complete? The sunken cost fallacy may be a fallacy, but it has felt quite real for me when I think over the class. I could have spent so much time elsewhere…

At MIT, I’ve already given up on something I really enjoyed once because of how hard a time I had in it. I took two semesters of Japanese, and I struggled immensely in the Level 2 of the class. I loved taking it so much, but when you struggle so hard at something, it almost becomes hard to even enjoy it as much, and it makes the experience sour in a sense. I decided against continuing to Japanese 3, and the fact that I spent much of this past semester regretting not continuing the classes makes me constantly question if I should really switch majors. Maybe I’m just trying to find the easy way out? Do I just want to switch majors because I generally have done better in my Course 6 classes than anything physics-related with less effort…

My advisor mentioned how he knows many students have taken the class (2.001) twice or even three times, and part of me isn’t sure if I have the motivation or will to even do that. I’m not sure if I want to go through all the restless nights and how down I felt after getting back my test scores. I’m not at all confident I would pass the class a second time around.

Hmm. Maybe I should still try? Maybe round 2 will be better?

Going into IAP and the spring semester, this major uncertainty on my mind is impacting everything about what I want to do. Which classes should I take? Which summer internships or UROPs should I even be applying for anymore? Which TV show should I binge nex-

Well, maybe it hasn’t impacted the last one, but it’s been a lot of food for thought over the past few weeks. I’ve never ‘failed’⁠03 I technically dropped it, but a major reason was fear of failing it so.. a class before, so it’s a new experience in some sense, one I am ill-equipped for. For now, I’m truly lost, looking for some direction. I know it’ll probably come sometime, and I‘m looking forward to it. I wrote in a previous blog about how a lack of direction can be a sense of solace in a way, and hopefully, it will be.

I hope to look back at this blog someday in the upcoming semesters when things are a bit more settled and see how things have changed since then. Perhaps, I won’t be on a major road to trouble any longer.