Mine hands are broken by Amber V. '24

reflections on many a year of carpal tunnel syndrome

In cross country, you hear a lot about running through the pain, but at the same time, avoiding injury. I have deep scars on both knees, from times I’d scrape my knee and then keep running, tearing the wound open day after day. Thick calluses over my right Achilles tendon, where my shoe chafed it bloody every race my senior year.

This summer, I started to get shin splints, which, scientifically speaking, is when your tibia (shinbone) hurts. Usually it’s from overuse; usually the cure is rest. Tucson summers being what they are, I was running fewer miles anyway, so I took a day off and hoped it would go away. But it didn’t, and then I moved to Boston, where it wasn’t 100 degrees from 8 am til dusk, and I began to run long distances again. I kept ignoring the pain, not to be tough but because I was lazy.

The funny thing is, I can’t remember what it felt like anymore, just that I felt a bit of real fear at the thought of running five miles one morning. I would hope my roommates didn’t notice how gingerly I walked.

Eventually I went to MIT Medical, where they recommended some specialists I didn’t go to. I took a week off running, and that pretty much cleared it up.

That week, though. Jesus. That sucked. I couldn’t exercise by running, so I started lifting weights in earnest.

And then I remembered that mine hands are broken. That week I sulked about it in my mind quite often, which I do not usually do, because I like to pretend that they are not broken. I wanted to write a blog post about that, about living with this thing that I try very hard to pretend doesn’t exist.

Carpal tunnel syndrome, as I understand it, comes from repetitive motion (like typing). For me it shows up as pain in the wrist, hand, and especially thumb muscle.

I mean, typically with weightlifting, everything hurts. That’s good. Pain is weakness leaving your body, as my big sister used to say (her boyfriend was in the Marines). But my wrists wear out before the rest of my body does, and instead of waking to pleasant soreness, I’d find my wrists and hands in noticeable pain.

I’ve had this on and off for years, sometimes better, sometimes worse. I think it was worse before, because I remember trying to play Assassin’s Creed in ninth grade and moving the joystick with my pointer finger, since my thumb hurt too much.

It’s funny because I forget it exists, and when I work out with friends I assume everyone thinks I’m weak. I forget why the thought of washing dishes — scrubbing charred food from a pan, strained repetitive motions — might make me stressed, so I assume I’m just lazy. I like the precise meanings of all these little dots and hats and arrows above letters in physics, but suddenly a simple equation takes twice as many motions as before, and it hurts.

Last year I worked on a writing retreat, and my primary duty was milking the goat, Buttercup. You do this by pinching the top of the udder with your thumb and forefinger, then curling your other fingers around and squeezing the milk out.

“Lots of milk today!” I’d call cheerily to the owners, who weren’t really concerned about how much milk there was. I loved the goats. I liked milking Buttercup, who would only stay still if you brought her bushels of spiky leaves. I would go on walks in the middle of the day, after work, and ask myself, why are you stressed?

For the first month or so, it just hurt. But it got worse. I would milk with my right hand first, and before I finished the right udder, my hand had literally given out, I couldn’t get the milk out anymore. So I’d switch to my left hand. And that one would give out, too. I would switch to the right again, hoping it would last until all the milk was gone. I remember feeling hugely irritated, mostly at myself, because it wasn’t like I got treated unfairly at the farm, it wasn’t like this kind of work would bother most any other person.

In the afternoons I’d write, and it wasn’t until I realized that my hands were in pain before I even opened my laptop, that the stress was inhibiting my writing, that I asked the owners for help.

So I took Buttercup out. I’d still be the goat girl, would still feed and water them and hang out with them when I mucked their stall. I hitched her to the milking stall, and I just began crying. Not from the pain itself, not from how the owners reacted (they were understanding), but because this thing was real. It wasn’t in my head. It wasn’t going away.

That was year seven of my carpal tunnel saga. Now I’m on year eight.⁠01 this number feels unreal to me, like maybe I'm just being dramatic. I didn't have to change my habits for the first three years.

There are a lot of hobbies that I would have grown out of anyway, like knitting and drawing and aerial trapeze and fanfic writing and wire wrapping, but I never had the chance to because they just hurt too much to continue. There are things I’d like to get in to, like video games, but I doubt that I will, because even if I found the time, I don’t at present have the bandwidth to do that and writing.

Anyway, this year I’m trying to get actual medical attention. Typically doctors tell me, “You’re a teenager. You shouldn’t be feeling pain.” If I press the issue, they tell me I’m using my hands too much, and will not name a diagnosis. But I know that my habits aren’t the only thing to blame. There are lots of young people who spend more hours online than I do, and the only writers I’ve met with carpal tunnel are thirty years older than me.

Usually I don’t press too much. Last time I let them take an x-ray, inform me my bones were intact, and send me home. I don’t enjoy the ritual of waiting rooms, finding one’s insurance card, and politely insisting that an injury be taken seriously. It’s so much easier to insist that everything is fine.

I forget all the time that most people don’t feel pain⁠02 though of course many people do hurt, visibly or otherwise, in ways that I don't. We're all carrying around our own pain, & I don't want to diminish anyone else's. on the daily, and that sounds like fun, that sounds like something really, really cool. I think it would be worth the co-pay. 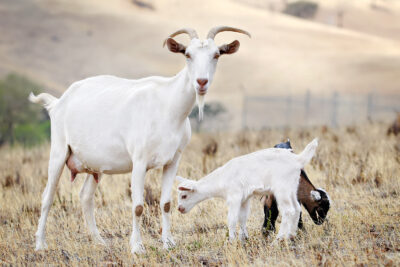 I never got an actual picture of Buttercup and Henrietta, the goats I took care of, so here are some random ones instead!