sugar, spice, and everything nice

I’m three weeks into my MISTI, and I think I’ve pretty much got this 9 to 5 gig down to a skill. Wake up, go to work, code, go for lunch, choke down my ‘mildly’ spiced, tears-inducing meal, play badminton on some days, table tennis on others, code some more, come back to my hotel room, watch some Netflix and fall asleep. It’s mundane and boring and exactly what I need. It’s the first time in the last two years that I’ve stopped to think, to really process things, to take a breather and, in the words of one of my friends, ‘reshuffle my cards’.

I feel spoilt- the company I’m interning at put us up at a very posh apartment-style hotel in one of the leafier subsets of the city. From the balcony of my room on the tenth floor I have a majestic view of the Bangalore bungalows intertwined with lush gardens, and in the early morning before the sun fully rises, I can spot the hills in the distance. One day, I’ll snap out of my crippling laziness and go for a run in the woods behind my hotel, but until that day comes I’m content with sitting on my balcony watching the sun set over the quiet neighborhood, a cup of tea in hand, with no p-sets weighing on me or exams looming in the near future. 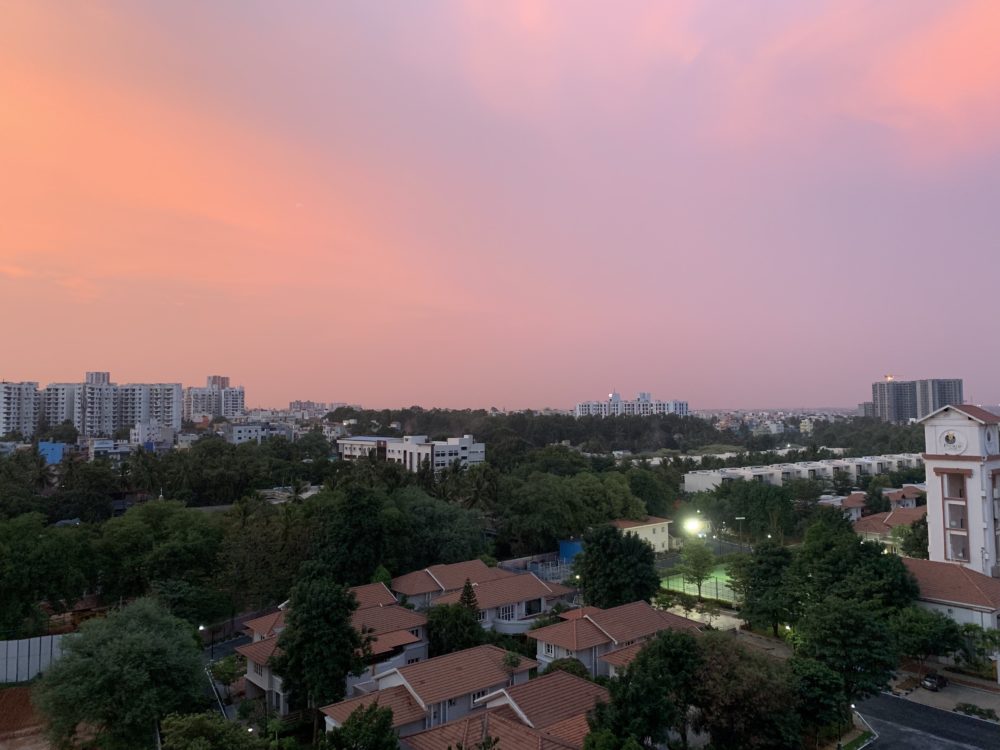 I’ve thought about so many things that have been lurking in my subconscious for months but that I’ve not had the time or emotional capacity to fully address before. Why in God’s name did I declare Computer Science as my major? I labored through Computer Studies in high school and found it intriguing at best and perfectly frustrating at worst. I don’t have any coding experience to speak of, and my current data science project is the first vaguely pleasant interaction with programming I’ve had. Did I fall victim to a herd mentality, get caught up in the hype and decide that since course 6 seemed to be the right path for so many others, then it must be for me as well? Do I truly believe what I tell everyone who asks me why I chose CS, that it forms a good foundation for me in whatever field I choose to go into later? And then I ask myself another question- if not course 6, then what? I was obsessed with astronauts when I was a kid, but come on- how many people actually end up becoming what they dreamt of being when they were kids, anyway?

I sip my tea and put my legs up on the balcony rail. Ah, I love the autonomy I have. I can eat honey straight out of the jar since it’s mine- I can use a cup twice without needing to wash it- I can get ice cream from the Baskin Robbins downstairs every single day and convince myself that calories don’t count in the summer. Being so far from home has its perks. But I miss my home, every single day. I miss my cat and my brother’s annoying dogs that chew on the ends of my jeans even though I only have two good pairs. I miss my mum hugging me every day before leaving for work and my dad bringing me apples and tangerines and grapes every evening when he gets home. He’d flip if he knew I barely ate any fruit at school.

That train of thought leads me to thinking about next semester. I have resolutions. Not many, but profound ones. First, I need to take my health seriously. No more skipping meals and living on a burrito a day. I need to eat fruit every other day and exercise whenever I can. I should invest in a water bottle and carry it everywhere so I can keep hydrated. Second, I need to resist the urge to oversubscribe myself and overcommit to things. I should create time to be nowhere and do nothing, and I should write more often. Third, I need to make time to do things I actually like, like music. Maybe I’ll start taking violin lessons, or dedicate more time to my piano lab classes.

Bangalore is as close to Nairobi as a city would ever get, I think. It’s vibrant and mildly chaotic with motorcycles, vehicles, buses and pedestrians all jostling for space on the rather narrow roads. I am once more surrounded by familiar brands, like the network provider, Airtel, and the detergent, Persil. I’ve had to switch back to saying ‘serviettes’ instead of ‘paper towels’, and asking if I can have my food packed for take-away instead of to-go. But even as things are almost back to normal, they are still distinctly different. The stares I get as I walk through the grocery store or the food court remind me that I’m an unusual sight, a rare species. Sometimes I feel special and other times I just feel tired. Even then, the small kindnesses never cease, and when I catch peoples’ stares, I instantly get an open smile, and I find myself smiling in return. My spice tolerance has greatly increased, as has my inclination to try new things, like a dessert comprising of carrots and milk solids that’s surprisingly tasty, and a dish that mixes potatoes with oranges in a thick yoghurt-like cream. 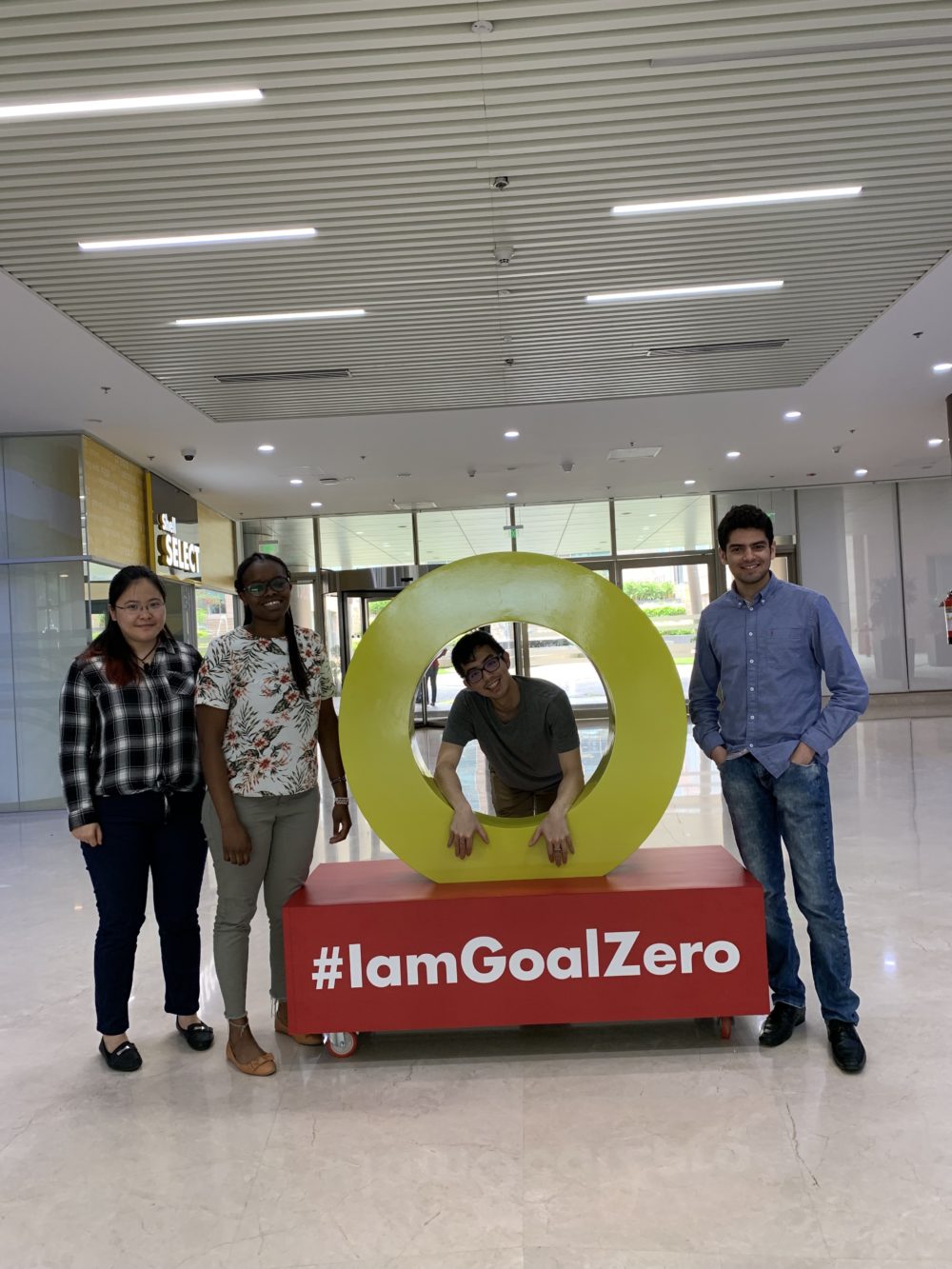 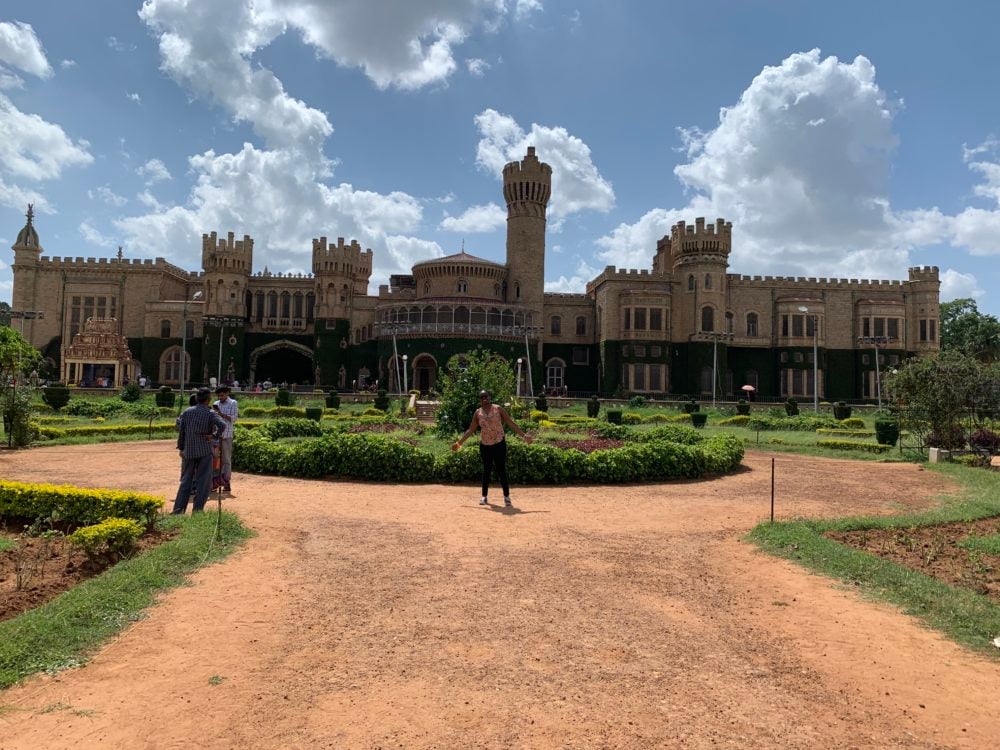 Mulling over my thoughts on the balcony has helped me establish some facts, the biggest being that I’ll never know what the future holds for me, and I should save myself the worry of trying to guess. The best I can do is to make the wisest decisions based on what I know now. Another indisputable fact is that a hot cup of masala tea laced with as much honey as I deem fit can solve almost all my problems, which is a neat trick to have up my sleeve for getting through next semester.