Visiting the Museum of Science by Jenny B. '25 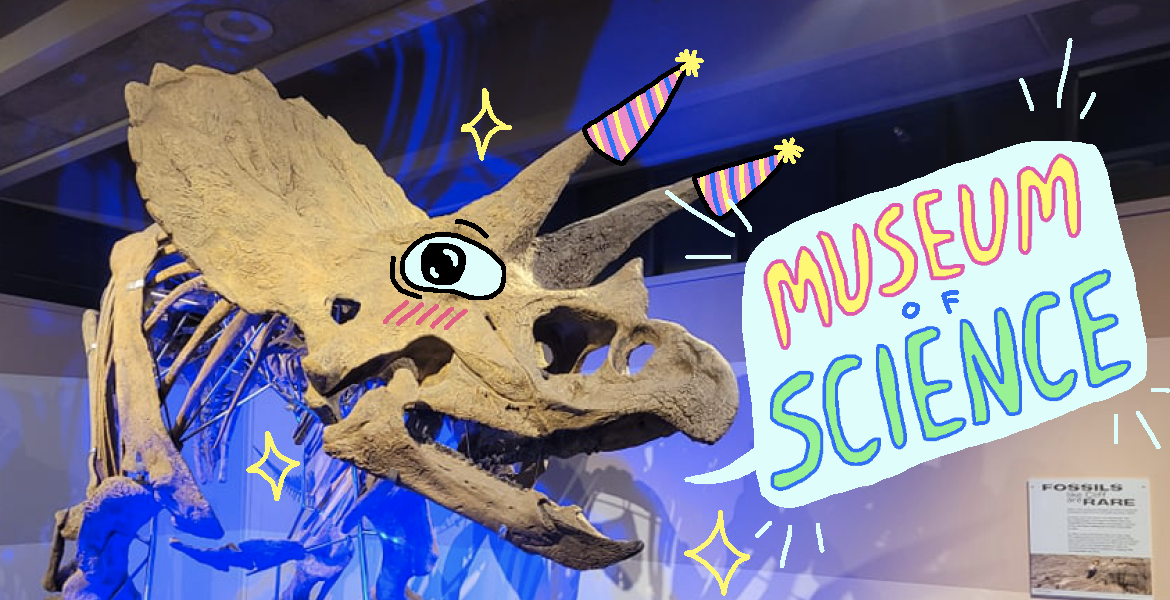 My roommates and I haven’t had an outing for a while, so we went to the Museum of Science in Boston this past Sunday. I love museums, and since the last time I went to a science museum was in eighth grade, it was a fresh experience that I really needed.

I remember seeing the outside of the Museum of Science on a Boston Duck Tour before the tour guide pointed MIT out to us, so I knew it was close, but I didn’t know it was that close. The Lyft ride took maybe ten minutes, give or take two minutes.

When we got there, the first thing I noticed was that there were a lot of kids running around. Which makes sense, since kids love science museums. I don’t really like kids, but I’m also a fan of science museums myself. The latter sentiment outweighs the former one.

The box office lady was very kind and enthusiastic. Apparently, MIT IDs grant you free admission to the Museum of Science, and all we had to do was to give her our name, phone number, and email for COVID contact tracing.

While we were filling that out, she piped up, “If you check our website, you can find schedules for upcoming venues for adults, such as book clubs and lectures. It’s really cool stuff, and you should check it out!”

A book club hosted at a science museum sounds awesome, but she also referred to us as adults. We legally are adults. I don’t know how to feel about that. 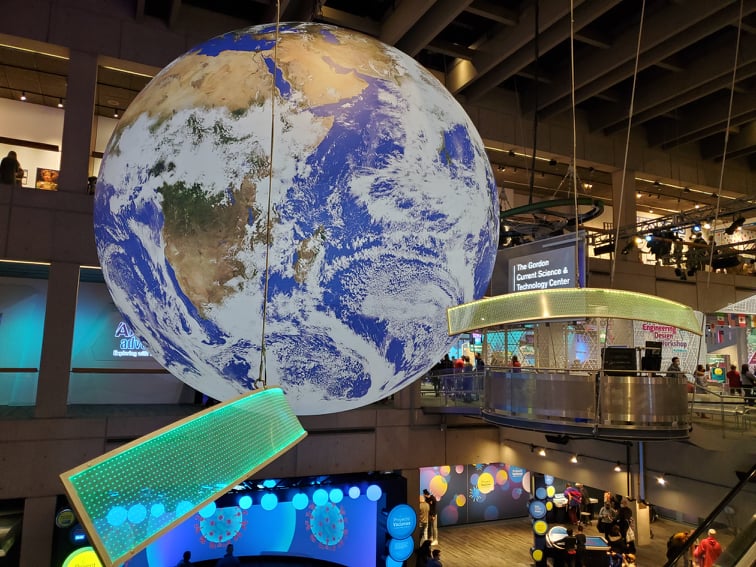 Right as we went in, there was an exhibit on our right that showcased technologies that were being developed in the Boston/Cambridge area. There’s a cameo from your’s truly: 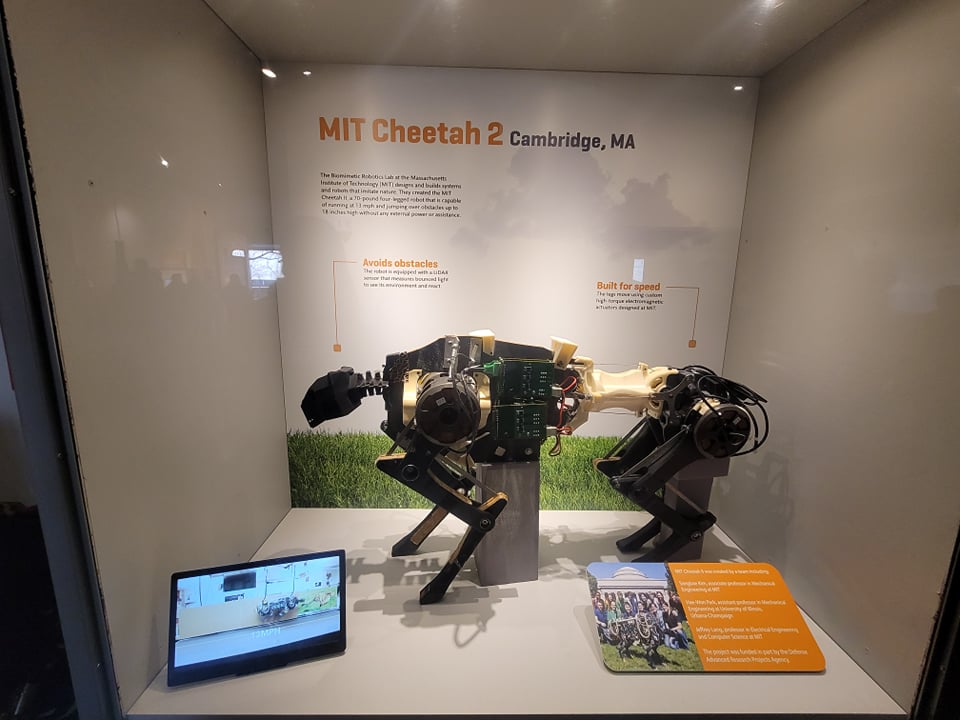 For the sake of brevity, I’ll shorten the list of exhibits we saw down to a few notable ones:

All three of us are taking 8.02⁠01 Physics II: Electricity and Magnetism this semester, so this place was as relevant as it was interesting. Right as you walk in, there are these massive Van de Graaff generators surrounded by a bunch of other electrical appliances inside an enclosure. There’s a lightning show that they hold which looks amazing based on the pictures I looked up about it online, but we got there too late to see it. 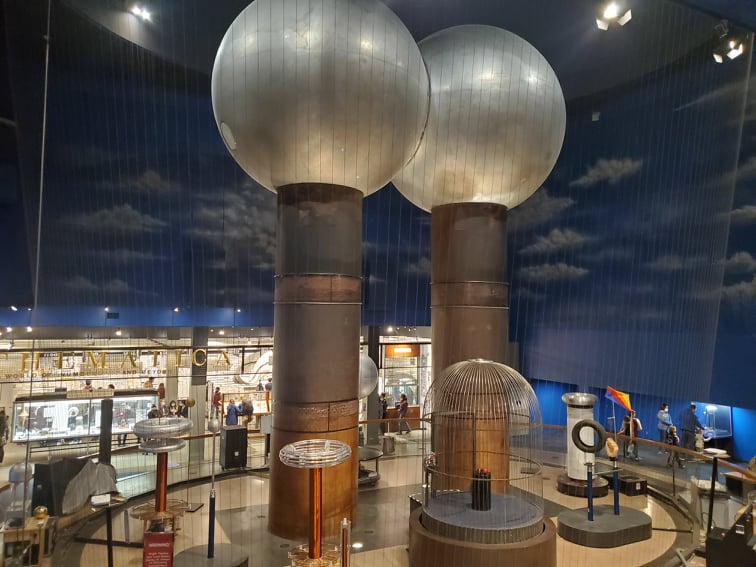 from the official site: https://www.mos.org/live-presentations/lightning

We still found out a way to have fun there. 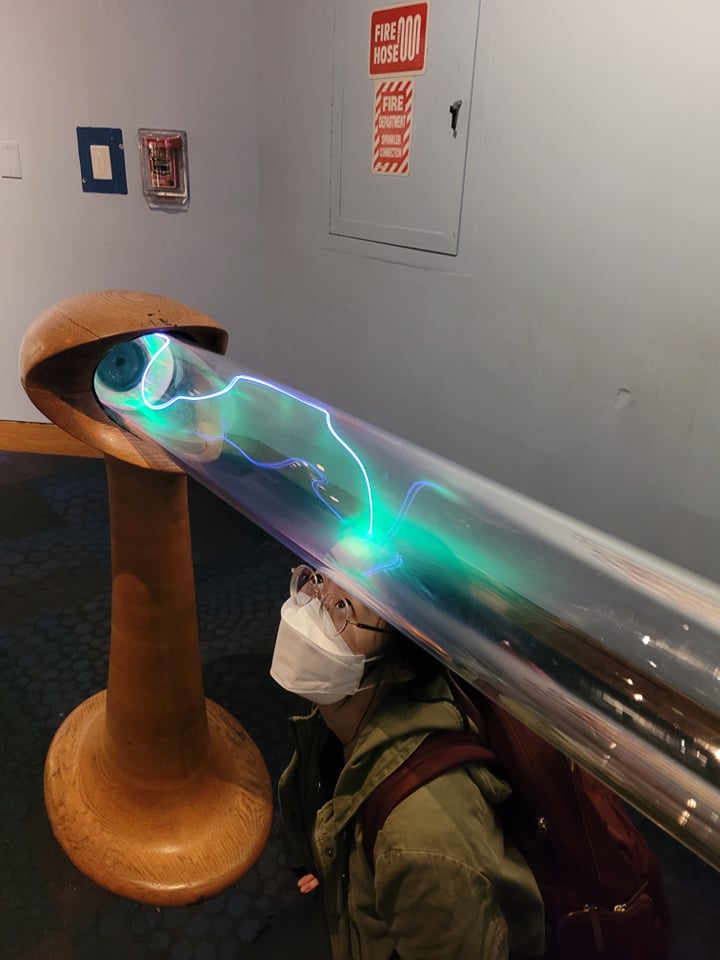 I think this exhibit intrigued me the most because of the way it showed these complex mathematical concepts in a way that kids could still interact with it. Fatima, who is taking some advanced math courses this year, pinpointed some of the concepts there like topology, which was shown with this giant Moebius strip with a little train running along it to show that it’s a one-sided surface.

I was a massive dinosaur nerd when I was younger. When my kindergarten teacher asked us what we wanted to be when we grew up, I said I wanted to be a Velociraptor. So this was easily my favorite part of the museum.

The dinosaur that I remember being mentioned are:

We entered the area close to where the Triceratops skeleton was displayed, and I distinctly remember this kid running around behind us yelling, “RAAAAAAAAHHHHHHHHH” amidst the crowd of tourists. Same, kid. Same.

There are these stations where kids could take on different challenges related to engineering. There was one related to programming, and there was one where you try to predict where a ball will go when you put it in a series of tunnels and devices.

In the middle of the area, there’s a station where you use a bunch of materials like straws and paper cups to make a “satellite,” and the goal is to put your satellite in three different columns of air and try to make them float within a certain section of the column for about five seconds. 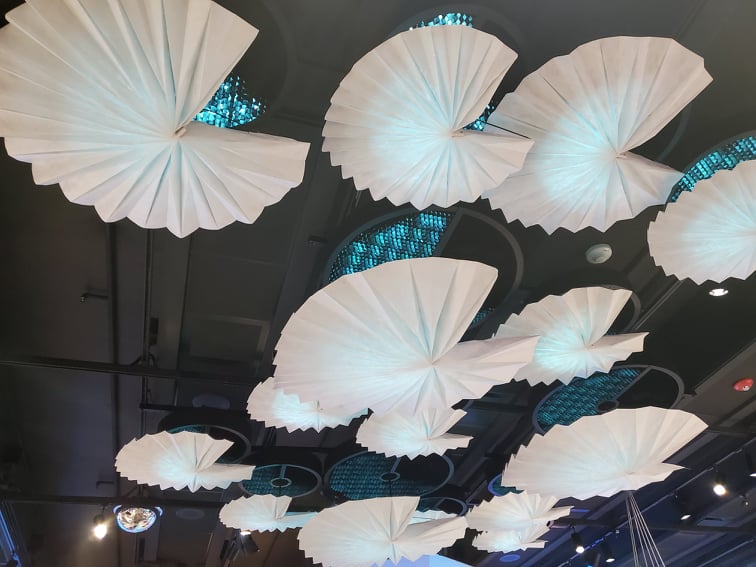 an art installation that hangs above the Engineering Design Workshop. the lilypad-looking things move around, and there are colored lights that shine through the paper

Minecraft Kid (not an exhibit)

At some point, we were playing around with this installation where you place wooden blocks on a grid. I made a joke that it’s like IRL Minecraft, and this kid heard me. He’s probably in second grade, and he was actually kind of adorable.

jenny and nora: minecraft is great

kid: did you know that if you get a skeleton to kill a creeper, it drops a music disc?

jenny: yep! i tried getting some, but i got blown up by a creeper for the first few times

kid: creepers are the easiest monsters to kill in minecraft

kid: i killed the ender dragon in one hit

kid: it was because i downloaded a mod⁠02 for those who don't play Minecraft: mods are short for modifications, and they give additional features to Minecraft's original gameplay. this kid apparently downloaded a mod that makes him overpowered that my friend gave me 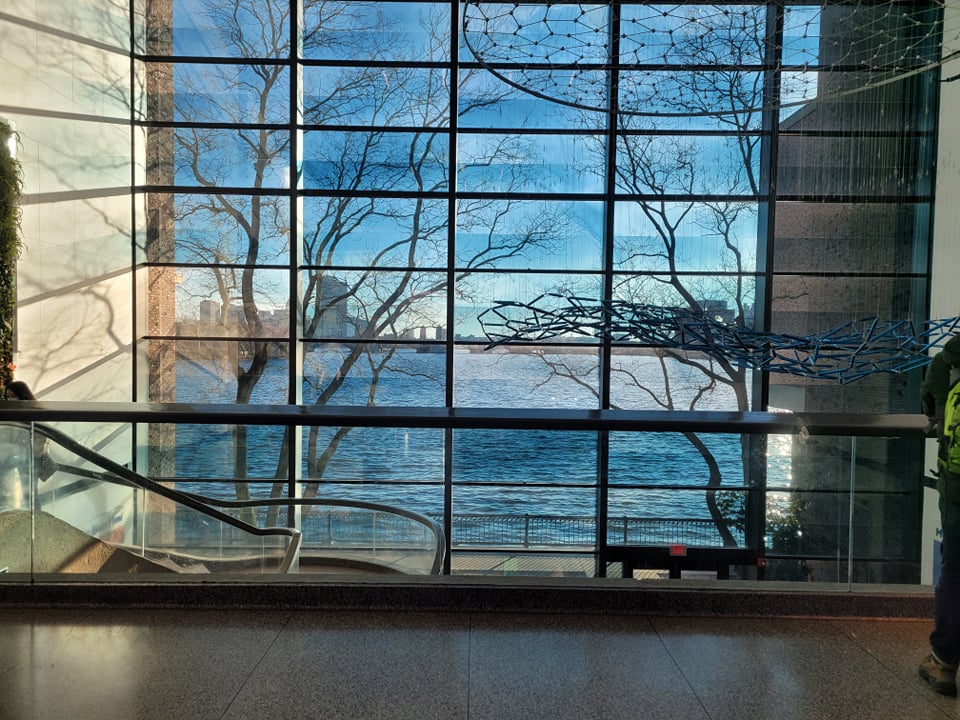 beautiful shot of the charles river