Slowing down time in the Land of Enchantment.

I’m currently on the MedLinks retreat; it feels good to get out of the campus bubble. It’s too easy to go from Activity in MIT Building A to Activity in MIT Building B to your dorm room without ever leaving. That’s a topic for another day, though; as promised, here’s the follow-up to my first post about trying new things, and looking for adventure. Spoiler alert: I found it.

This summer, I learned the secret to slowing down time – and it’s a lot simpler than trying to approach the speed of light.

It’s filling each day with the unfamiliar. Richer days feel longer. I noticed that my first two weeks in Albuquerque – when everything was completely new – seemed to last forever, but once I settled into a rhythm days blurred together, and time zipped by.

I went to my first baseball game… 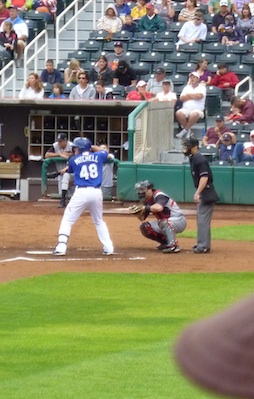 …and tried cracker jacks and funnel cake for the first time. I fell in love with green chili, borscht, sopapillas, enchiladas, rolos, and decided that I don’t hate the taste of peppers. I played the Beatles edition of Rock Band and, for the first time, wasn’t too embarrassed to be the vocalist.

I broke a bone for the first time, during the first pass of an Ultimate Frisbee game. I was in a wheelchair for a day. Then on crutches. I learned that having a broken foot doesn’t mean you have to lie in bed all day. You can…

…ride an electric trolley around Walmart… 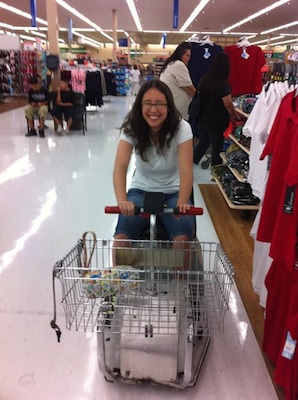 I’ve always secretly wanted to do this. 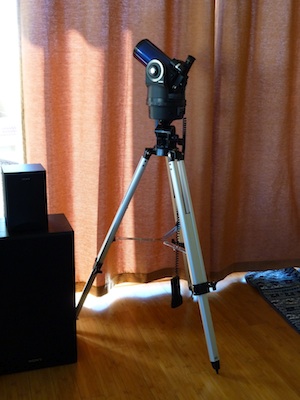 I got up at 2am to take a look at Jupiter and its moons. It was well worth the half hour of searching.

…swim in hotsprings, and even climb up rocks to get there.. 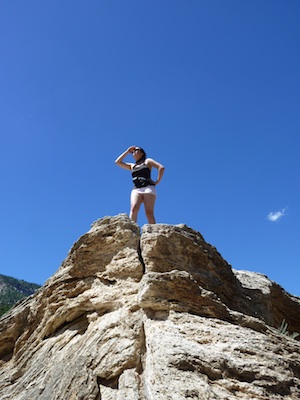 I learned that crutches make getting through turnstiles REALLY annoying.

I rode a bike for the first time in eight years, and crashed into a bush at full speed. I lay trembling in the road for fifteen, twenty minutes, convinced that I’d broken every bone in my body. Strangers helped fix my bike, and battered and scraped, I wheeled it back home.

Unfazed, I rode around Albuquerque, and up a mountain, on a motorcycle – crutches strapped to the back. In the parking lot, at the top of the mountain, a big muscular tattooed motorcyclist came up to me and called me a badass. I was flattered. 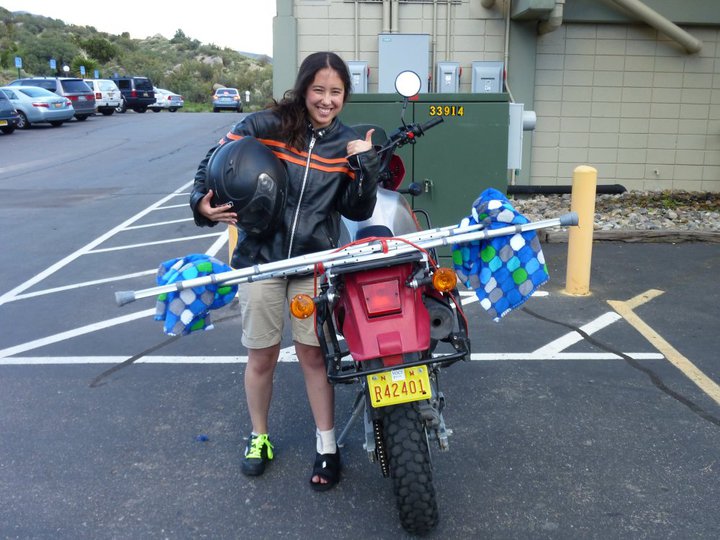 This is what a badass looks like, I guess.

I rode in a convertible.

I watched my first Quentin Tarantino movie, and braved my first upside-down roller coaster. I played volleyball, and tried my first game of Settlers of Catan.

I lost my first game of Settlers of Catan.

I paid my first rent, and received my first paycheck. I shared a house with someone I hadn’t met before. I slept on a roof and watched a meteor shower. I slept on a balcony. I slept in an inflatable pool. 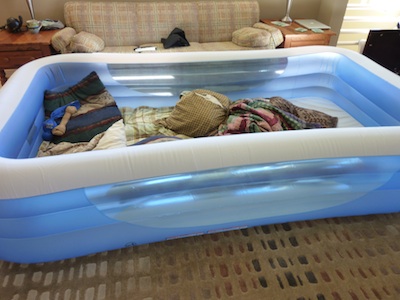 I lived with a dog for the first time. My previous experience with big furry animals was limited to

…but that’s not to say that I don’t like big furry animals! In fact, I love them. It’s just that my inexperience with them often leads to catastrophes like those listed above. So, I was a little alarmed by the sight of a 120+ pound dog…and even more alarmed by the sight of him carrying around my precious teddy bear, with his jaws clamped around its head. I freaked out. My heart softened when, a few days later, I found the gigantic puppy hiding in my closet during a thunderstorm. I curled up on the ground next to him, and we made up.

Another first: feeling like a real scientist. I fitted electrode caps to subjects’ heads, filled them with gel, and recorded their brain waves. I analyzed data in Excel.

For the first time, I felt both independent and homesick.

I loved it all: the people I spent time with, my job, the crutches I warmed up to – almost as much as I loved the New Mexico skies. 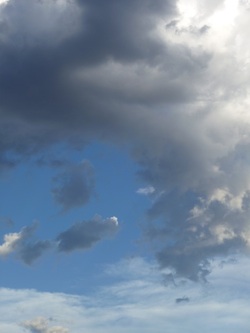 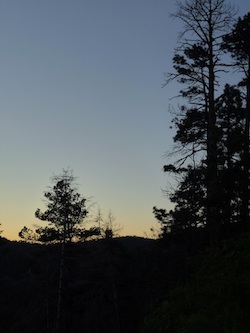 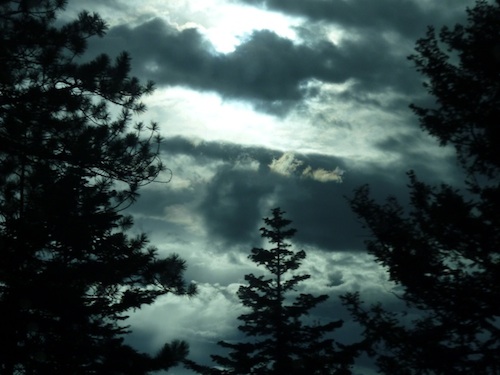