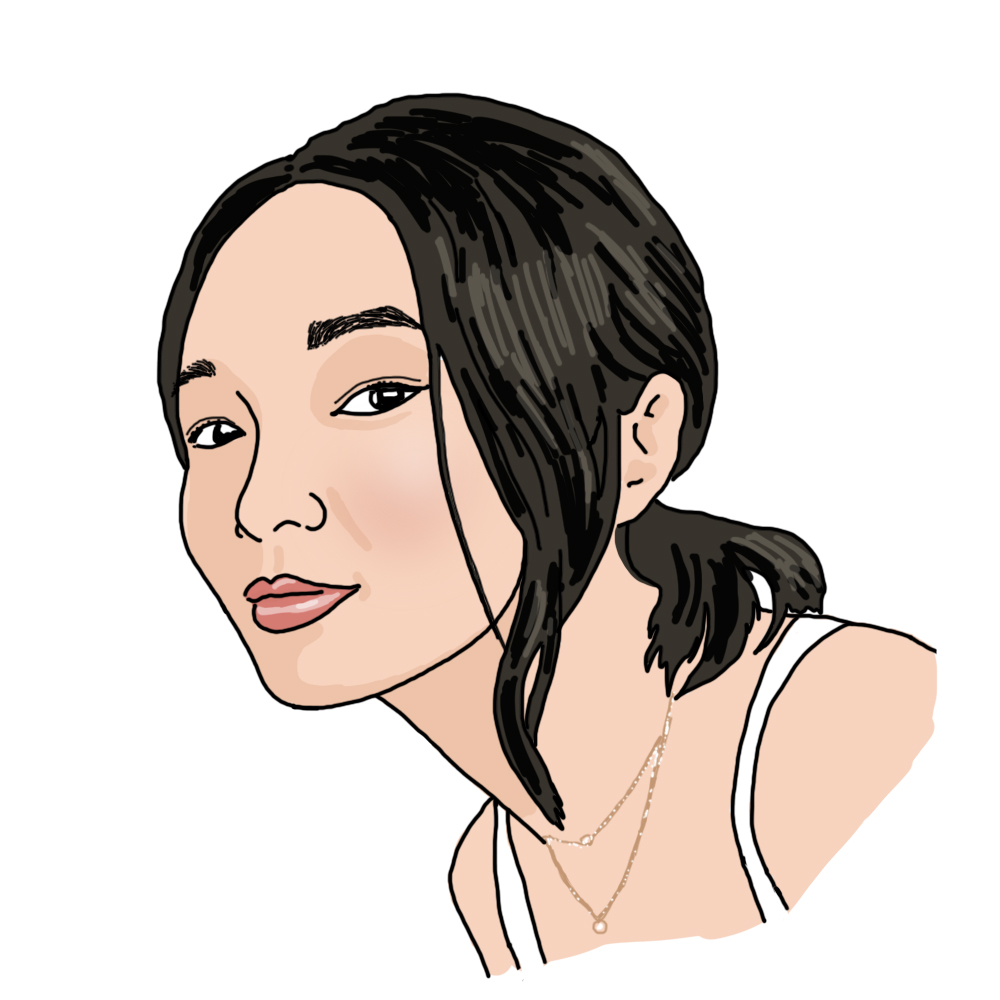 and the answer: neither here nor there. alternatively, about being a missourian.

At CPW this April, every time I met someone new, I had to be prepared to answer and ask the same set of questions: what’s your name? where are you from? what are you thinking of majoring in? It got to the point where I almost took a sharpie, wrote the responses on my flashy CPW nametag — Teresa, Missouri, uhhhh I applied as an art major but I’ll probably double major⁠01 at least now I've learned to say “I'm thinking 4B and 15-1” so I kind of sound like I know what I'm doing in something else I dunno — and preemptively held it up to anyone I hadn’t met before.

When I returned to campus on August 23rd, the cycle of introducing myself and forgetting names I’d just learned a few seconds ago and recognizing people I follow on Instagram only for them to have no idea who I was began anew. The first few weeks were an emotionally exhausting whirlwind, but a pleasant one.

Regardless, the question “where are you from?” is interesting to me — when someone asks me that now, my first response is to say Missouri with a somewhat sheepish expression. 02 or that one time I said Burton Conner on accident because my brain was lagging a little bit. But when I still lived in St. Louis, the question probably meant what my ethnicity was or, peculiarly, where I went to high school.

For whatever reason, the inquiry of which high school one goes to is quintessentially St. Louisan. I never realize how strange this phenomenon is because it’s just oddly important to us. Each school or district comes with its own set of generalizations which, while certainly not always accurate, I refuse to actually name for fear of starting a flame war in my email inbox. For the average St. Louis resident, the presumptions associated with each school cover things like socioeconomic class, athletic ability, likelihood of academic success, or whatever else.

I feel like there’s a similar kind of microjudgement that passes when I say which state I’m from. You hear your fair share of “Bay Area”’s, but very rarely will you hear “Missouri.”⁠03 In fact, I never hear it when being introduced to a fellow frosh, because I know all 10 of us Missourians by face and name.

In my first month here alone, I had at least three people ask me where Missouri was. I had someone open their notes app upon meeting me and type a checkmark emoji next to Missouri, saying they were trying to meet someone from every state. I had someone say I give Texas vibes, not Missouri vibes; I’m not entirely sure whether that was a compliment or not, but I think it was probably intended as one. I went through several hours and a box of microwaved pad thai⁠04 I asked some random Simmons residents whether you were supposed to leave the lid on your tupperware when you microwaved something, to a chorus of concerned “no, what?”'s. trying to convince Sarah W. ‘26 and Nolan C. ‘26 that Missouri actually does have some stuff going for it,⁠05 notably, the invention of ice cream cones, toasted ravioli, Panera, Grant's Farm (which is not actually that much of a landmark and I've never even been there), etc. and I don’t even have that much of an emotional attachment to it. When I was asked to tell an embarrassing fact about myself for an icebreaker, I almost ended my sentence after saying “I’m Teresa and I’m from Missouri.”

All jokes aside, it’s weird for me to be defensive or fond of where I was raised; it’s so different from where I live now, and where I will continue to live for the next four years. It still doesn’t sit quite right with me when I refer to my dorm room as “home.”

My old… “home,” or neighborhood, was established, timely, if the towering, thick oak trees were anything to go by. There weren’t any sidewalks, only a convoluted maze of pavement with occasional barricades that warned of children crossing. The house numbers made no sense, and the driveways were tens of meters long. When we first moved there, our neighbors brought brownies and sat and chatted for a while. I forgot I was supposed to send them a thank you card, and by the time I remembered, an awkward amount of time had already elapsed. I haven’t talked to any of them since. It’s by all means a very nice neighborhood. But the more I stayed in it, the more I recognized the archetypal loneliness of American suburbia in its manicured lawns and white wood fences.

Still, so many parts of St. Louis became constants to me. Highway 64 was just a block away, giving me easy access to art class and the West County Mall if I drove west, and Olive Supermarket and the Forest Park golf course if I drove east. There was the guy in my grade who I was chummy with for a brief while, before the jitterings of social anxiety got the best of me and I ghosted him. There was the lady with the two biggest, prettiest dogs I’ve ever seen. There was the mom parked in the Volvo right by the entrance of the neighborhood every afternoon waiting to pick up her child, which reminds me of how I’d once wake up at 5:50 every morning⁠06 but now it takes every ounce of willpower in my body to get out of bed at my 8:30a.m. alarm to ride the bus to middle school (I was the first stop).

In the weeks before I came to Cambridge, I was driving down Price Rd. to get onto Olive Blvd. and I couldn’t help but think about how I probably will never again make this drive once I leave for college. The same post-8th-period drive that my friends and I would take, crammed into somebody’s car after fighting for shotgun/aux privileges, to get boba at the shop I used to work at. I couldn’t help but think about how the roads I was just starting to get intimately familiar with, in spite of my extremely poor navigational abilities, will be replaced with new streets and highways and shuttle stops I’ll have to memorize. I couldn’t help but think about how much I’ll miss these constants when I’m lost in a new city, because it’s not my Highway 64, not my Price Rd., not my Olive Blvd. anymore.

My old room’s walls were aggressively beige and the bedframe was extraordinarily bland, because I never really got around to decorating my room. The large, blank walls were too intimidating for me to try and fill. Other than the small army of teddy bears I had on the left side of my bed, I guess I just never felt like the two or so years I had before I moved to college was enough time to really make the room feel like mine. My parents never let me get the cat I’ve always wanted, probably for the same reason. I’d be moving soon enough, and then the poor cat would be in custody of my younger brother, which, okay yeah I can see why my parents didn’t want that to happen.

Now that I’ve settled into my dorm and plastered my art and posters all over the tiny wallspace and petted every cat I’ve seen on campus, I wonder if someday I’ll think about coming “home” only to realize it isn’t my “home” anymore.

Heyo! I’m Teresa (she/her), a first-year planning on studying 4B (Art and Design) and 15-1 (Business Management). I grew up in St. Louis, Missouri, best known for the Arch and, like, Panera probably. People always look at me with a vague expression of pity when I mention I’m from Missouri, but at…
Keep Reading