On Teaching and Learning by Anna H. '14

Minimum requirement: read the last few sentences of this post. They're important.

When you last heard from me, I had just arrived at The Middle Of Nowhere, New Mexico – out on a Navajo Reservation. 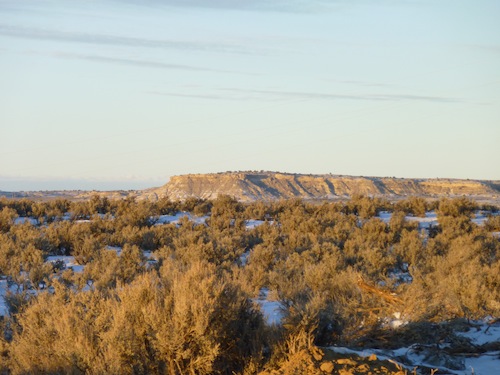 Did I mention that I don’t get cellphone signal here? GPS doesn’t know where it is, and neither, in all honesty, do I.

To recap, I’m here for MIT’s Four Weeks For America Challenge, which sends about a dozen students to schools around the country during IAP, to try and make a difference in communities that need it the most. Each of us is paired up with a Teach For America teacher; my host teaches Algebra I, Algebra II, and Pre-Calculus. The high school is 100% Navajo, and about a quarter of its students go on to graduate. Even fewer go on to college. 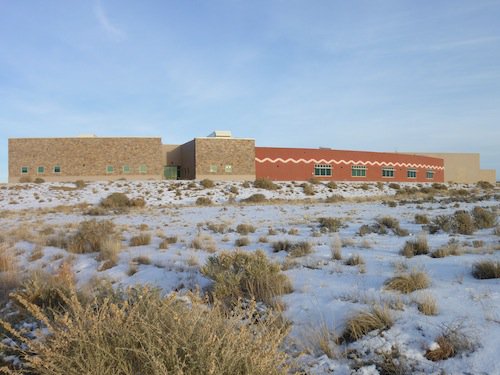 I’ve been out here for two and a half weeks now. I’ve seen seniors in Algebra II who don’t know the difference between subtraction and division, and students of all grade levels who can’t write a grammatically correct complete sentence.

I’ve learned that teaching is hard. Really hard. I have come to believe that teaching is an art form: preparation followed by performance, with the energy and creativity to improvise if – when – something doesn’t go according to plan. When you teach, you find yourself frantically coming up with a zillion ways to explain the same concept; one person might just need to see an example, but another might need to see it graphically, or visually with coins and blocks. You also get to have a lot of fun making said visual aids. 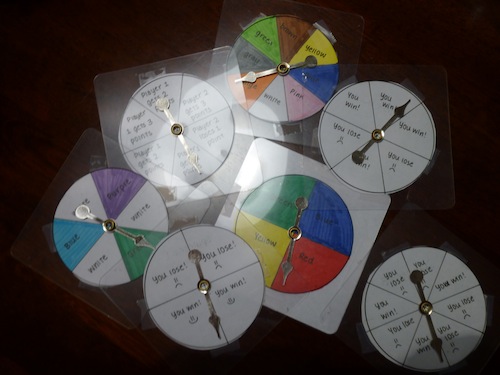 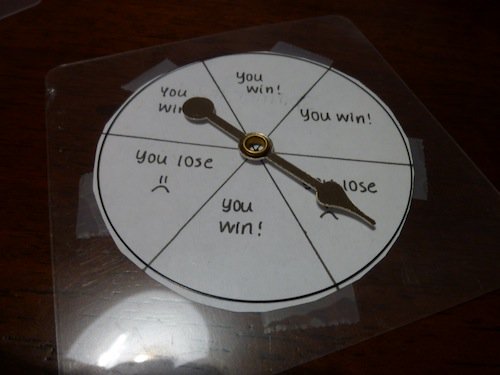 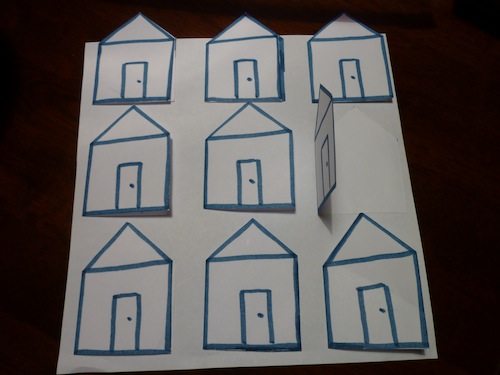 Teaching is a subtle art. Human beings are sensitive. Make a face when a student gives a wrong answer, and he or she may shy away from participating for the rest of the semester. Fail to acknowledge improvement, and a student may stop daring to improve. Most dangerous of all, fail to make it absolutely clear that you believe in every single individual’s ability to succeed – and students are unable to believe in themselves. 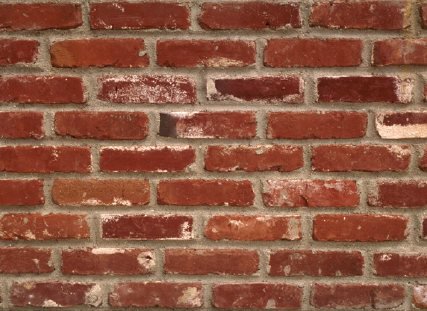 I have become a big believer in visuals. Look at this, and ask yourself: what would I accomplish by head-butting this repeatedly?

I jumped up, and ran to the cupboard. Flinging the doors open, I grabbed a bag of blue coins, and knelt down next to the student. “Okay,” I said. “Let’s try this a different way.” I pulled out three coins. “How many is this?”
“Three.”
“Right. Now, we’re going to turn these three coins into a square!” I pulled out six more coins, and arranged them in a 3×3 grid. The student looked at the coins in alarm. I continued my little improv act: pulling methods of explanation out of the air. “Squaring a number literally means…turning it into a square! Creating a square with that number on each side.”
A hesitant nod. A nod! I was so excited. “So, what is three squared?”
Silence. Come on, come on, come on.
“Nine.”
YES!
“Yes! Nine! GREAT! See? You get it. Now, figure out four squared. You can use the coins.”
He stared at me. I grabbed the bag, and dumped out about thirty coins onto his desk. He tentatively scooped some out of the pile, and sat forward in his seat. Soon, an elegant little 4×4 grid lay before him. He even shifted the coins at the edges to make them line up perfectly.
“Sixteen.”
“Exactly.” Success!

That story had a happy ending, but carries with it a tragic undertone. The sophomore I taught to square numbers is one of a hundred kids in this high school – a hundred kids who have gone through their entire academic careers without a solid foundation in basic number manipulation. Take a look at these two examples.

Heart-breaking Example 1
Me: “So, you flip a coin. What’s the probability of landing on heads?”
Freshman: “I don’t know.”
Me: “Okay, so remember our formula for probability…”
Freshman: “Oh! Oh! Two over one.”
Me: “Two over one? But that’s a fraction bigger than one! That doesn’t make any sense.”
Freshman: *blank stare*

I don’t know what conclusion you drew from those two dialogues, but I have been realizing, with increasing horror, that many of these kids don’t understand numbers. They learn the operations by rote memorization: they have no idea what a fraction means, what probability means, or what it means to divide or subtract or multiply or square. Because of that, they get the operations mixed up, and keep guessing as you prompt them.

In the students’ junior year, they take an exam called the NMSBA: the New Mexico Standards-Based Assessment. If they pass, they can graduate. If they fail, they cannot graduate, and therefore cannot go onto college. The exam covers math through Algebra II, and it’s obviously important that they learn as much of the material as possible. Imagine that you are an Algebra II teacher. What do you do with a classroom of juniors who never really learned the difference between division and subtraction? Take the time to give them a conceptual understanding of basic math, and you have no time to teach them what they need to know for the NMSBA. Don’t take the time to do it, and they struggle to learn new material, and lack the tools to problem-solve. Combine that with opportunities lost to snow days, professional development days, national holidays, the days that students simply skip – and you face a daunting challenge.

I’m not here specifically to be a teacher; I’m here to help out in the classrooms, and work on some sustainable projects of my own. One afternoon, however, my host teacher had to proctor an exam, and her Pre-Calculus class of seniors were supposed to spend the day in the gym. In our opinion, this was a waste of precious learning time, so I stepped in for the class period and taught them exponential decay and half-lives. After class, a few of them stayed to chat. It was a strange feeling; this time last year, I was in their shoes: a senior in high school. A couple of them are nineteen already. I turned eighteen a few months ago. I don’t think of myself as their teacher; I think of myself as someone their age, who has as much to learn from them as they do from me.

Case in point: fifteen minutes after class, one of the Pre-Calc kids was at the board, while I sat in a chair and struggled to understand the intricacies of Navajo family relations. It turns out that in Navajo culture, it is possible for an eighteen-year-old to be his nineteen-year-old friend’s grandfather. Apparently, who your relatives are is not determined strictly by blood or by who gives birth to who, but by your clan names. If you don’t find this interesting, feel free to skip over the next section, but I thought I’d do a quick lesson for those of you who are intrigued by what is in my opinion a highly bizarre phenomenon.

A QUICK LESSON IN NAVAJO FAMILY RELATIONS (as Anna understood it. Take with several very large grains of salt.)

Man A and Woman B get married and have children. The children’s four clans are taken from their parents’ four clans, in the following order:

Weird situations like being your friend’s grandfather arise because there aren’t that many clan names around here. Imagine that you and your friend exchange clan names:

In this situation, you would be your friend’s maternal grandpa, because your first clan is his third clan.

Ponder that for a while.

My life out here has comprised of coexisting as teacher and student.

On the teacher side of things: I go to bed at 10:30 and get up at 6:30. I improvise, constantly trying to find newer and simpler ways of explaining concepts. My before-school, lunch, and after-school time is the kids’ time to ask me for help. I put so much of myself into tutoring and mentoring that when one of my kids (they’ve become “my kids”, even after two and a half weeks) doesn’t do well on a test, my heart sinks as though it were me getting that grade. When one of them gets an A, or shows significant improvement, I celebrate like it were my own. Chatter and giggling during class drives me crazy, when eight months ago it was my highly-entertaining friends and classmates doing the chattering and giggling.

On the learner side of things: I learn that every minute of class time is precious learning time that cannot be wasted. I learn that what is a simple explanation for one person might be the most complicated thing in the world for another. I learn that out on the reservations, kids are growing up without electricity or running water, with – in some cases – an alcoholic parent, and no role models. I met a boy who butchered an animal for the first time when he was four and has an interview with Princeton on Saturday, and a girl whose mom was murdered last summer. I learn how to be patient, how to never give up, how to frame and reframe questions, and about how I need to be less of a control freak, and instead need to push students to solve problems on their own. I learn about a beautiful culture that’s isolated from the rest of the world, and wonder what will happen to it if its children succeed in high school, and depart for universities around the country and around the world.

I’d like to finish by asking you to do me a favor. Think about your favorite teachers. The ones who took the time to tutor you during lunch, or after school…the ones who inspire you, the ones who will always believe in you…and take a minute to think about how much effort and energy they throw into teaching – how much effort and energy they give for you – every day. Think about it, appreciate that you’re lucky enough to have mentors like that, since not everyone gets that chance – and thank them.

14 responses to “On Teaching and Learning”