trying out new classes in Copenhagen

I’ve been taking the time to explore some classes and activities in Copenhagen that I haven’t tried in a while. I took a pole class, a week of krav maga, and did art with some coworkers!

I’ve tried out the stripper pole on Florey a couple times, but despite living in East Campus for a year, I never practiced all that much. Maybe a class would catalyze my learning?

I found a studio in central Copenhagen and took a trial class. Super fun! I worked on a combo 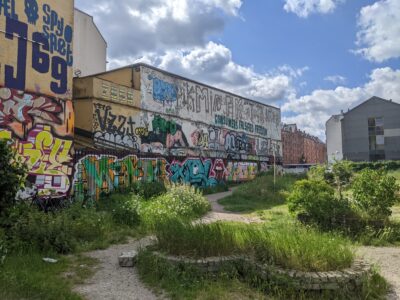 that I’d seen on YouTube and learned some new spins. Then we learned inversions on the first day! It was wild because my logic approaching inversions had been based off of trapeze, where you have something horizontal to hold on to, which makes holding yourself up far easier. I thought the issue at hand was my grip strength. However— there’s a totally different logic around pole, where you hold yourself up with your legs and body, keeping friction between yourself and the pole. The emphasis on core strength is, if anything, greater than in trapeze. It’s fun going between different aerial apparatus, feeling the way each one moves, and how your body must move around them.

I managed the inversion, rather gracelessly. After fifty minutes, my old calluses were peeling, and my sides were red from sliding down the pole. 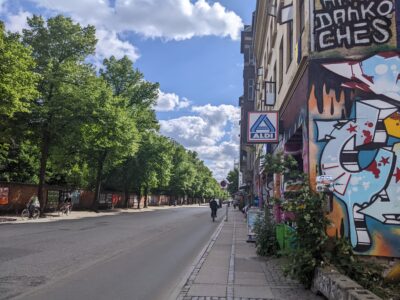 The class was on Wednesday, and my hands were absolutely destroyed until Sunday, or maybe Monday. This was sort of annoying.⁠01 provided some content for poetry writing, though, so there's that To be fair I imagine that, as with rock climbing, most people would feel some level of soreness.

So I haven’t gone back yet, but maybe I will. The studio was in a super cute neighborhood in the middle of Copenhagen, dotted with coffee shops, gay nightclubs, and tattoo parlors.

They have week-long free trials! So of course I took six classes in one week. Then I went ‘n’ had a lotta thoughts and present to you many of them:

I did jiu jitsu for a minute back in high school. My studio focused almost entirely on grappling and floor work. Not long after I started, the fight scenes I wrote shifted from sword and knife fights to grappling. I felt that I was grasping the arc of a fight, where everything happens rapidly and you don’t have a blow-by-blow, you just know you tried to get your leg somewhere and now you’re on top of someone; or they did something and now your arm is twisting backwards at a concerning angle. I was enthused with one particular leg choke.

This is all well and good, but it has occurred to me once or twice that if I, like all 5 feet and 115 pounds of me, were to get in a fight, the last thing I’d want is for it to go to the ground.⁠02 Probably. I mean that leg choke is pretty effective. So maybe it would be useful to, I dunno, learn punches.

Enter krav maga! I’ve heard it described on the internet as “artless and brutally effective.” I like that.

Then we paired up to fight, and people were pretty chill. My partners with more experience correct my form. They say when they’ve messed something up, too. We give each other feedback — ‘you’re not quite crushing my windpipe yet, move your elbow to the right, there—ack…’

In this sort of environment, feedback is actually super helpful. You can’t always feel how effective your chokes are, but the other person can tell you.

Generally in classes like this, you warm up, then learn a new technique, with different variations or defenses against it. You and your partner take turns practicing on each other. At the end, if you’re lucky, there’s a quick round of sparring. We didn’t always do that — for example in a beginner class where we’d just learned roundhouse kicks — but it was quite fun when we did.

“You’re tougher than you look,” the instructor told me, after I’d been beaten up like four times in a row. My hair was falling from its tail, my face and arms were slick with sweat. I cocked my head at him, as if to say, I don’t look tough to you?

After the initial class, I seem to have acquired a new brand of imposter syndrome. I didn’t realize my kicks were landing with any degree of force until I noticed my partner stumble when I kicked the mat he held. In a round of sparring, I brought this tall dude to his knees and shrugged it off, like, eh, he probably wasn’t trying. Then in the same class I knocked down a different guy and decided he probably wasn’t trying, either.

I often asked if a practice move, particularly a choke, was ok; the most common response I got was “yeah, go ahead, I can take it.” Which makes sense, given that we were all showing up for a fighting class. It was also in a way the most respectful answer, different from “oh, go ahead, you couldn’t hurt me.” I appreciated that.

I also learned some new kicks! It was actually so fun. I went to three intro classes that were all practicing roundhouse kicks, among others. For the first class, my roundhouse was terrible; I couldn’t figure out the pivoting on one leg part at all. And then, somehow, it got better. Way better. I feel like if I keep practicing, I could get to the point where I’d actually want to use it in a fight without worrying that I’d lose my balance.

My second novel skill is hitting things. I’ve always known how to punch — someone told me the don’t-make-a-fist-over-your-thumb rule early on — but I’ve not been too confident in being able to hit something effectively. I wasn’t sure why — like it was supposed to hurt, right? I actually was not sure, because often that question is answered with ‘no, why, does it?’

However,⁠03 maybe this is obvious to some people in this case the answer was distinctly ‘yes.’ Punching is supposed to hurt! You practice with boxing gloves!

So we practiced with boxing gloves and it didn’t hurt that much, like less than a dozen other daily things. And that made me real happy, though also mildly sad, but only in the midlife crisis period after class because during the class I was all ‘whoo punching things is fun!!’

I’ve talked to a friend with a black belt in karate who always says seriously that in an actual fight, your best bet is to run. She’s right. Self-defense classes are meant to teach you to fend off an attack so that you can safely exit the situation.

We warm up by trying to score touches on our partner’s shoulders and knees. It takes a lot of bouncing around. They have longer reach than me, so I’ve gotta jump in to land a hit. You need quick reaction times to fend off your partner’s attacks. My first class I scored zero touches. By my sixth class, I was matching my partners pretty equally.

Which is to say, this class is teaching me new fighting instincts, and I think that is the main goal.

I doubt I’ll have time to pursue krav maga or other martial arts during MIT, but I plan to keep taking classes during the summer. It was hella inspiring to watch myself improve in just six classes, and I’m excited to see that arc over the next month and some.

By the end of this, my characters will be punching and kicking each other instead of wrestling on the floor.

A corrosion chemist, Mahla, and senior process engineer, Ivanna, and I all met up to draw after work. They are both brilliant, the sort of wildly accomplished women I look up to and feel mildly intimidated by. Mahla is a trained artist whose work has been displayed at shows, and she gave Ivanna and me pointers for our work. It was quite relaxing, sitting up on the terrace above our office, sketching the graffitied brick building across the street. 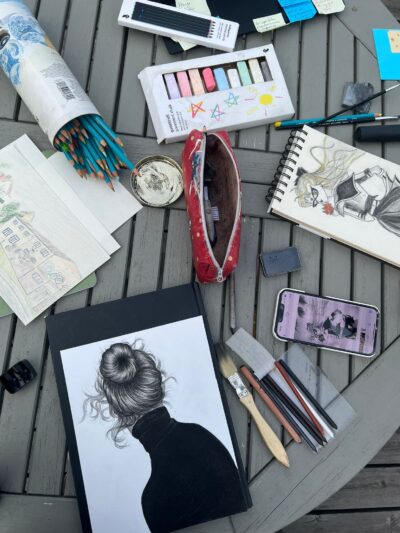 It strikes me sometimes that this could be it. I could do this forever, or for the next handful of years.

I’ve been trying to find a balance between group activities and deeper interactions with fewer people; between socializing and working on personal goals. It seems always that there is so much to be done.

Despite being in a new country, I’ve had good luck with the former balance. My company and the MISTI cohort have proved to be lovely communities. I’m not sure how to balance the latter. The week of krav maga felt like taking time out to focus on me, to stabilize my workout routine. I enjoyed it immensely, but also felt the shift, and knew I would shift again toward socializing in the coming weeks.

All in all, I’ve been enjoying the summer, exploring new skills and different sides of myself. Sometimes taking time away from MIT reminds me how to be human.