Raskolnikov as an Odd Metaphor by Audrey C. '24

on angst and deferral

dun dun dUNNNN EA decisions are tomorrow :O, as y’all probably know too well. If you get in, here’s a virtual mug of my favorite tea⁠01 I just discovered this jasmine oolong tea at a Chinatown supermarket and it is absolutely DIVINE with honey to celebrate! If not, I hope this blog, the same virtual mug of tea, and a virtual hug can bring you some comfort. 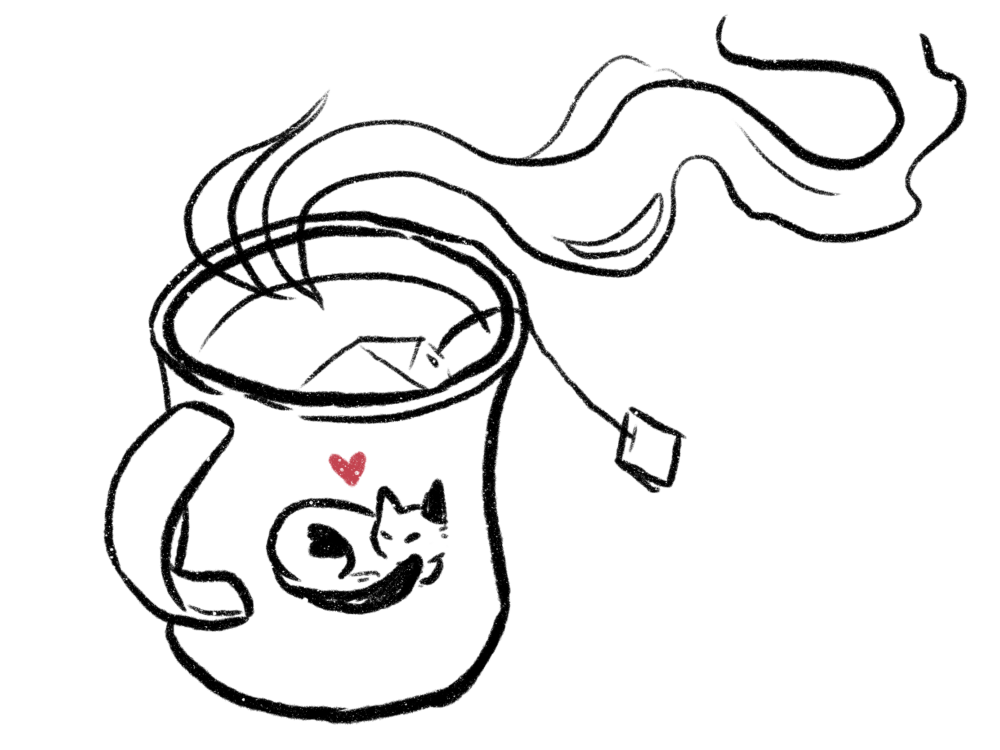 Here’s my deferral story. It’s pretty angsty. I was an angsty kid back then.

I think the most common piece of college app advice people give is, “Don’t procrastinate.” To which basically no one listens. As a high school junior, I promised myself that I’d be an exception and stay clear of the clutches of procrastination.

Well… I did start strong. By June, I had written first drafts of my essays for MIT and Caltech, which I was also applying to EA. I was completely in love with MIT after having had the opportunity to visit through the THINK Scholars Program, so no way was I going to do her dirty with *eww* procrastination. And so I rewrote and revised those drafts again and again until November 1st, when I submitted an application that I was pretty proud of.

By the time early action decisions came into sight, I was completely drained. For the high school seniors out there who are applying to college, you likely know too well how overwhelming college applications are. Beyond just essays to write, there are endless emails to send, forms to file, and overall just an overwhelming amount of stuff to keep track of. Not to mention having to keep up with school and other responsibilities that existed prior to college applications. Even at MIT, I’ve rarely felt as frazzled and overwhelmed as I had during those few months of college apps. I am immensely proud of you all for everything you are handling right now.

It’s funny, around that time my English class was reading Crime and Punishment by Dosteoevsky. The main character Raskolnikov commits the crime (murder) within the first 10 pages, and then spends the next 540 long pages suffering through his major punishment of gradually going insane from guilt. I distinctly remember finding Raskolnikov’s experience so oddly relatable — not to the crime part, but to the going insane part from the work, stress, and worries.

I was particularly worried about not having been offered an MIT interview, which I now know was just because there weren’t enough interviewers available. But in the moment I kept wondering, “was my application so awful that interviewing me would be a waste of time?”⁠02 if you're wondering about this right now, the answer is a big fat NO. it is literally because there aren't enough interviewers available in your area. There are so many healthy things to do while waiting for decisions like going to a park, making daisy chains, swinging on swings, etc, but compulsively checking your spam inbox for an interview request is NOT one of them.

So, back to procrastination. Although I was Very On Top Of Things for MIT and the other EA school, I was not for all the places with December/January deadlines. Aside from simping over MIT a bit too intensely, I wanted to get in so I wouldn’t have to face the consequences of procrastination and finally get a break. Rationally, I knew that deferral or rejection were the most likely outcomes. But whatever rationality I had left in my bone-weary body was overpowered with the small voice that said, “what if… just what if the stars aligned?”

They didn’t, at least not on December 14th, 2019. Earlier that morning, I was already kind of an emotional wreck after visiting a friend who had a scarily serious medical event. Opening deferral letters for both schools tipped me over the edge, and I just completely broke down. I felt sad of course, but also incredibly guilty over being sad about two stupid decisions, which was so trivial compared to what my friend was going through.

Although sadness is not a crime, Raskolnikov’s guilt became mine. I did not process my feelings in the healthiest way, but I couldn’t really give myself the space to do so. Finals came right after decisions. Moreso, there was the realization that I’d have to spend my winter break sucking my soul dry over all the applications I’ve barely started. A thought that weirdly gave me comfort was that unlike Raskolnikov, at least I didn’t murder anyone.

The one fond memory during the immediate aftermath was going to my friend’s house that evening to “work on our Jane Eyre essays.”⁠03 My senior year lit teacher did this thing where immediately after finishing a novel, we'd start a new one. So we would be in the middle of reading one novel and simultaneously writing the essay for the previous one. I forgive my teacher for how brutal his class was though because his cats are cute. In other words, eating cheese, petting her cat, and being mopey together (her EA decisions were similar to mine). I took this photo of her cat Joshua that evening, which has since become my default Zoom background. Basically everyone I’ve zoomed with in the past two years knows about Joshua the chonky sideways cat. 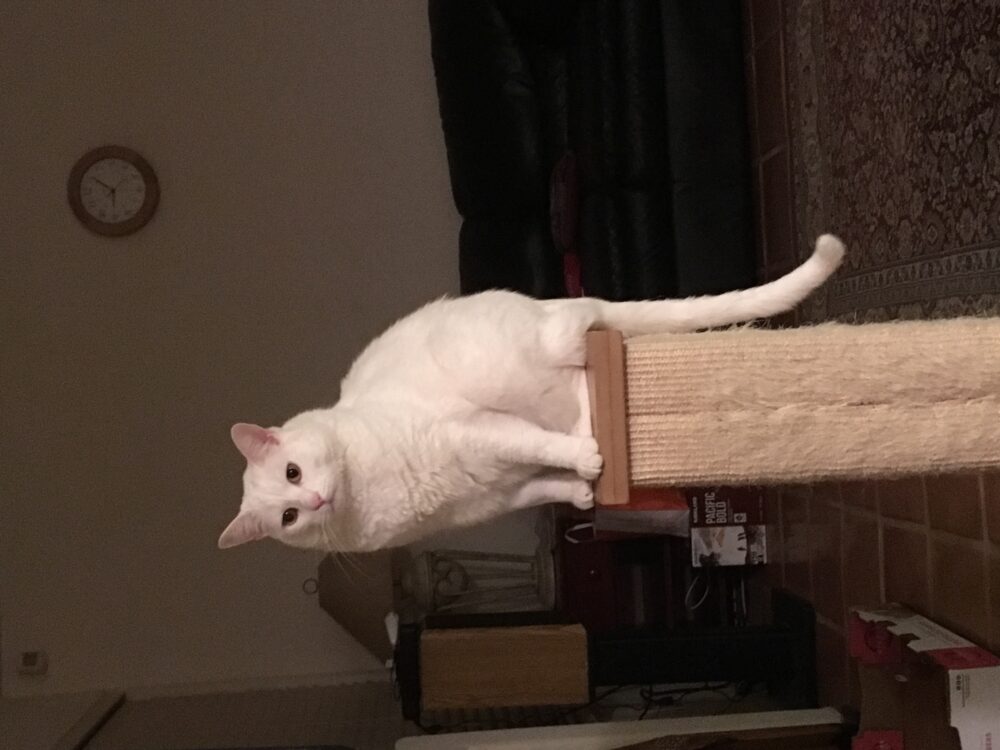 I’m not going to describe winter break in too much detail since I’m sure the procrastinators out there don’t want to hear this, but tl;dr, it sucked. I remember bribing myself with chocolate to get myself to write those essays — you can have another dark chocolate truffle after you finish this paragraph.

Perhaps a couple months late, I finally actually looked into what other schools had to offer and could imagine myself being happy at other places. Basically everyone I know who is in college, especially those at places they weren’t initially excited about, have found their people at their current school and wouldn’t have wanted it any other way. Dealing with ~feelings~ and the consequences of procrastination was hard and sucky, but Raskolnikov and every other well written protagonist had to go through hard and sucky trials to develop their arc.

What did I do during these weird liminal months between EA and regular decisions other than work on college apps? A lot of building back my sense of self, listening to music with cynical lyrics⁠04 I loved (and still love) Youth by Daughter alone, wistfully staring out the window of my local Starbucks as if I were in deep, forlorn contemplation… Angsty I know. At that point, my angst was derived less from decisions and more from being so done with high school and feeling like I didn’t have anything to look forward to the next day. With somewhat less angst, I downloaded Unity and fiddled around with adding augmented reality components to my traditional artwork. It wasn’t anything fancy or groundbreaking, but it helped with the “building back my sense of self” part. I also learned how to skateboard. I didn’t have much else to write about for my February Updates & Notes form, so I padded it with skateboarding fluff:

I’ve also been learning how to skateboard so I can zip around college (hopefully MIT!)⁠05 I do skateboard frequently at MIT! Just for transportation purposes; I'm too chicken to learn tricks. on one. I can currently ollie ~2 inches off the ground, but hey that’s still an ollie!

I basically took deferral as a polite rejection. On Pi Day 2020, I was making up work for AP Chemistry that I had missed because I was sick.⁠06 most definitely not because of senioritis “oh? apparently decisions came out an hour ago. I’ll just check and go back to figuring out what a titration is.”

I screamed a lot. My parents, who were in another room, thought I had an accident or something and were concerned.

You’ve probably seen quite a few statistics regarding college applications. It’s inevitable to wonder how those numbers apply to you, on which side of the percentage point you’ll end up. I kept track of a few personal statistics as I was applying to college. Hopefully these are a bit more humanizing.

If there is one thing I’d tell my younger self, the practical thing would be to not procrastinate. But I honestly don’t blame her or any other procrastinators out there though, because completing just one application is draining enough by itself.

Instead, I would tell her to be kinder to herself. It’s also incredibly important to be kind to others, but it’s much harder to be kind to yourself. It’s still something I’m learning how to do with every passing day here at MIT — how to not beat myself up over turning in work I’m not proud of, over letting go of commitments I cannot fulfill. But there’s a crucial difference between that and less-than-optimal college decisions: college decisions are not a good reflection of the quality of the work you’ve done, or of the person you are.

Raskolnikov might have felt oddly relatable to my angsty self, but in no way should I have twisted the crimes of his story into my own. For it is totally okay and most definitely not a crime to feel anything or everything or nothing at all.

During my senior year of high school, my dad told me this piece of wisdom, paraphrased from what a football star’s⁠07 I think it might've been Marshawn Lynch but I don't completely remember. kudos to whoever's mom said this though. mom had told him, that has since stuck with me:

At your highest highs, others will praise you and give you an inflated impression of who you actually are. At your lowest lows, others may put you down and make you see yourself as less than who you are. So stay humble but always know your worth.

You’ve got this. I believe in you.