I remember how hard I had sobbed when I finished Coco; a full, encapsulating, body-shaking sob. Even minutes after the movie had ended, my hands shook with such a fierce tremor and I remember just calling up my grandparents and telling them how much I love them.

A couple years ago, maybe my sophomore year of high school, my mom told me that my Lolo Ben had Alzheimer’s. From a young age, my grandparents raised me. As my mom worked long hours in a city three hours away, a lot of my middle school and high school life was getting picked up in my grandparents’ dingy silver car and bracing myself for the nervewracking car ride back as my half blind Lolo would speed his way back to our house on the ever so crowded 5 freeway.

My grandparents really did everything for me. They cooked for me. They did my laundry. They helped me with school projects, comforted me when I cried, put up with all my temper tantrums.

I remember feeling utterly…hopeless as I saw my Lolo’s memory deteriorate, how it’d start with simple things like forgetting where he put his glasses or his glass of water. And then it evolved into things from a couple months back. And then events from the day. And not before long, it was faces and names.

There is something cruel in watching one of your role models fade into a shell of themself. It felt demoralizing, knowing that someone as strong and as determined as my grandfather, the very same man that would cuss out telemarketers, whose voice could shake a thousand houses, couldn’t even remember what day it was at times.

In the beginning of my senior year of high school, I remember trying to figure out where I was going to apply. I knew that MIT was my dream school, no matter how hard I tried to deny it, but there was a larger part of me that wanted to stay in southern California for the sake of my grandfather, out of a fear that if I traveled too far he’d forget me.

When my mother told this to my grandmother, she said he’d never forget me. Apparently, my grandpa had been talking for weeks with my grandma about coming out to visit me in Massachusetts for “when” I got into MIT. He knew about how I was interested in engineering and he thought it was the only school that fit me, the only school for me.

I cried for hours when my mom told me that, not only overwhelmed that my Lolo believed in me with such ferocity, but that he was thinking of me and cared so deeply about my future.

I never expected to get into MIT, honestly, and I chuckled a bit whenever my Lolo couldn’t even fathom me not getting in. My mom had tried to tell him it’s a competitive school, that the possibility of me getting rejected was nonzero, but he never understood. He always just shook his head and said “Why not? Why would she not get in?”

The day I got in, I cried the hardest I had ever cried. I remember how my hands had shook as I dialed my grandparents’ number and called them saying I got in. My lolo didn’t say much, really, he’s not a man of many words. But from then on, he always greeted me as Miss Massachusetts. He would beam with pride every time he saw me.

Coming home last night, I wondered if he would remember me. It’s always still a fear in my mind because I know that no matter how hard he fights it, his memory decline is inevitable. I hate seeing him the way that he is. I hate how he asks the same questions over and over. I hate how sometimes my Lola gets frustrated when she has to repeat herself. I hate how he has to apologize for not remembering only to forget again. It’s evil. It makes me hate living at MIT because it only means less time with the people I love and I am so so so fucking desperate for more time, for more anything.

I remember how bratty I was as a kid. I’d get upset because the TV was too loud since they couldn’t hear very well and I’d grow angry because they were distracting me from my work. Now, at 19, as I sit with them at home, they refuse to turn the volume up, even though they can’t hear it. I hate how I’ve hurt them. How my tantrums and anger stuck with them and it’s what they remember.

There’s so much…regret I have about my family life. I wish I was a kinder daughter. I wish I was more extraverted and talkative as a kid because my family is so interesting and has so much wisdom to share. But now I’m older and time has passed and they are older, too.

I used to resent all the scientists and engineers I met at MIT. Where they were obsessed with optimization of graph colorings or exploring the edges of space or fixating on economics in the like, I was angry that they weren’t spending more time on medicine, on these diseases, on anything to help my grandpa. I feel helpless and foolish and small. There’s a part of me that just wants to say fuck computer science and switch to neuro and bio and study Alzheimer’s endlessly so I can find something to bring it all back for my Lolo and restore him to a better state. I feel useless, tiptapping away at media and computers when my grandfather wanted me to be an engineer and do great things. Other times, I resent how much time I spent studying in middle school and high school to end up where I am now. All those hours spent in front of books and laptop screens could’ve been spent next to my grandparents. I feel robotic and uncaring. I feel like I wasted time.

There are times where I wish I was little again, with the untarnished views of my family still intact. I wish my grandfather would yell at me again like he would if I woke him up from a nap. Or chuckle when I told him stories from school. Or take me in the back of his silver Toyota truck and let me play there.

I miss my lolo. I miss him so much and he’s not gone but seeing him like this feels cruel, like some practical joke played on me by the world. They take the one of the sturdiest and steadfast men in the world and turn him into a broken record. They erode at his health and his memories. He would’ve hated this, the way we treat him like he’s fragile and delicate. The way we look at him with pity in our eyes and pangs in our heart. I miss him, I miss him, I miss him. The world is cruel and I am angry and I hate coming home because everytime I come home it is only worse. I wish I had something more…insightful to say? Something hopeful? Something wise and put together that shows that it gets better or that somehow it gets easier. But all I have instead is anger and pain. I just want to give the world a giant fuck you for the what its done.

Will he live to see me graduate? Will he remember me a couple months from now? Will he, one day, wander off and get lost and never return home? I wonder if he’s happy, the way he is. I wonder if he felt fulfilled in life, because I know there’s very little he can do now. I wonder if the real him, the him that is whole, complete, and there, is watching over us, asking us to stop crying over him and be happy he’s still present in the house.

I write this blogpost for my grandfather, Benjamin Tongson, one of the strongest and brightest men I know. Who pushed me to work as hard as I did in school. Who I study for. Who I live for. And I want him to be remembered and appreciated on these blogs since he has such a vivid and strong love for MIT, probably more than I ever will, despite going here. My family is..messy and difficult and hard and honestly probably the reason why I go to therapy. I try my hardest to make amends, that’s all I can really do. I make chitchat, I try my hardest to be funny and talk since I was too quiet and introverted as a kid. I sit outside and solve crosswords with my Lola and entertain my Lolo’s stories about his time in the Navy because, well, that’s all I can do. But, God, what I would do for more time. 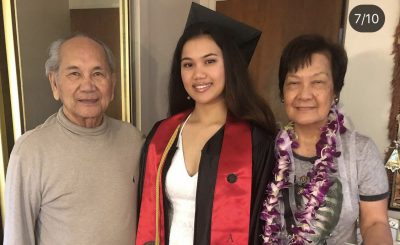 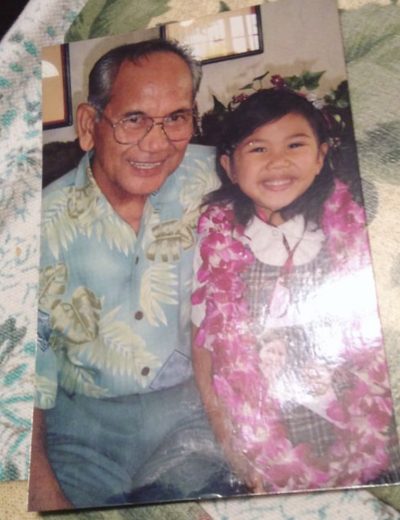 and if you’re curious about one of the stories he loves telling, you can read one of them here :)