what it’s like to study Earth, Atmospheric, and Planetary Sciences at MIT

That’s a question I deal with a lot when people ask my major. Course 12 is Earth, Atmospheric, and Planetary Sciences (EAPS) and it’s one of the smallest majors at MIT, despite the breadth of our department. We study everything from the origins of life to climate change, from plate tectonics to exoplanets. Our department is housed mainly in the Green Building, the tallest building on campus, and our undergrad lounge is my favorite place on campus.

By the way, hi! I’m Juliana and I’m a senior in course 12 with a minor in biology. Within EAPS, I focus on geobiology, organic geochemistry, and astrobiology. Those are a lot of words, but more generally I’m interested in the chemical traces left behind by life, especially microbial life, in the rock record and how we can use those traces to understand the history of life on Earth and the possibility for life beyond Earth. 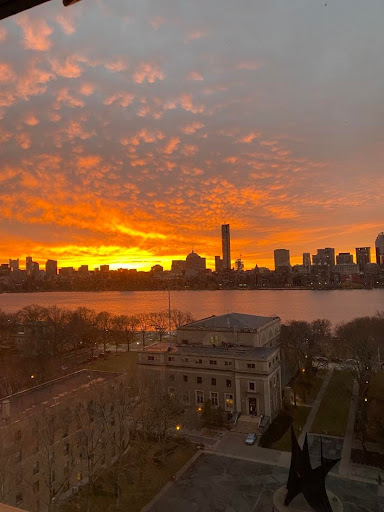 Sunrise over Boston as seen from the EAPS Undergrad Lounge on the 8th floor of the Green Building.

There are four tracks for the major:

Undergrads typically pick one track and start studying their interests by taking intro classes, like 12.001,⁠01 Introduction to Geology 12.002,⁠02 Introduction to Geophysics and Planetary Science 12.003,⁠03 Introduction to Atmosphere, Ocean and Climate Dynamics and 12.007.⁠04 Geobiology: History of Life on Earth You’re not beholden to just one track though – I personally lie somewhere between the Geosciences and Environmental Systems because my interests and the classes I wanted to take spanned the two tracks. Since we’re such a small major, most course 12s take combined undergrad/grad courses as early as sophomore year, allowing us to get both depth and breadth in our topics of interest throughout our undergraduate education. These classes are technically combined, but in reality they’re graduate courses with slightly lower expectations for the undergrads taking the class. Some of my favorite classes have been graduate classes, like the molecular biogeochemistry class I took my junior fall! Our classes are usually pretty small too (I’ve had more than one class with just three students), which means you get to know your professors and the other students really well. EAPS as a department is really informal – I’m on a first-name basis with all my professors and even the department head.

Another thing to note about course 12 is that it’s really good for a double major or a minor – since EAPS is effectively applied science, the curriculum is designed so that it can easily double with other majors. I think I’m the only non-double major in the class of 2022 and physics (course 8) is by far the most popular course to pair with course 12.

One of the coolest things about Course 12 is that our classes and research tend to take us out of the classroom and into the field. During my time as an undergrad, even with COVID taking away field trips for over a year, I’ve gotten to visit:

Some of these field trips were for classes, like Field Geology where we spent three weeks camping in a remote part of the Mojave, while others were for FPOPs⁠05 First-Year Pre-Orientation Programs - EAPS typically has two: DEAPS Yellowstone and DEAPS Extreme Weather and Climate that I participated in or TA-ed, like my trips to Yellowstone. While not everyone has to do field work, I’ve really enjoyed getting to go camping and hiking often, especially as someone who only got into the outdoors after high school. 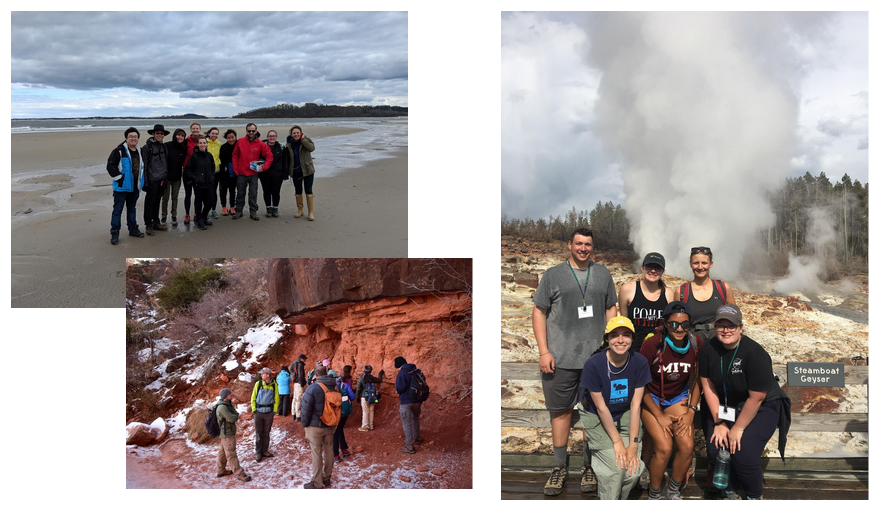 Some photos from EAPS trips to Plum Island, MA, the Grand Canyon, and Steamboat Geyser in Yellowstone National Park!

Most course 12s also do UROPs⁠06 Undergraduate Research Opportunities Program - a way to do research for pay, credit, or as a volunteer while you’re an undergrad with professors in EAPS, which is important because you have to write a thesis to graduate. Personally, I’ve UROPed since my first-year fall in the same lab that I’m now doing my thesis in. My work focuses on molecular fossils, or biomarkers, but some of my friends work on different topics like using magnetism to understand where continents were once located, tracking hurricanes, and reconstructing ancient climate trends from isotopes in rocks. It’s really easy to get a UROP in EAPS – generally all you need to do is find a professor doing work you’re interested in and email them! Undergrads also often go and present their research at conferences, like the American Geophysical Union conference that happens every year. During the summer, a lot of people do research on campus, at REUs on other campuses, or at places like NASA (for example, I spent summer 2019 as a NASA Astrobiology Institute intern). Students might also spend their summers doing research for companies, like my friend who interned at a mining company. 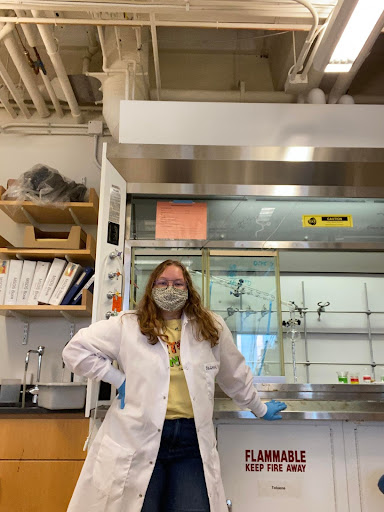 A quick pic of me in the lab! I UROPed on campus all summer to work on the experiments for my thesis.

Because there’s such a focus on research in course 12, a lot of undergrads choose to pursue graduate school in their chosen field after they graduate so that they can go into research as a career. However, there are lots of other options, like being an environmental consultant, working in policy, science journalism, or even working for the government at agencies like NASA or NOAA. As a senior myself, I’m currently in the PhD admissions process and I’m hoping to study geobiology and organic geochemistry during grad school.