Seattle was gorgeous by Anelise N. '19

until the smoke came in

I’ve never been to Seattle before. One of the things I love about college is how many opportunities you get to live in a new place for a month or a few at a time. I specifically sought out a summer internship in Seattle because I wanted to try something new.

I’d heard from many people that Seattle is a gorgeous city. I was not disappointed.

A lot of what people gush over when talking about the Pacific Northwest is the hiking. Drive any direction out of downtown Seattle, and in 3 hours or less you’ll find a gorgeous trail coiling through crests of evergreen trees and surrounded by the trilling of mountain streams.

By far the best hike I went on this summer was the Summerland Trail at Mount Rainier, the crowning jewel of Seattle’s many mountains. The trail was absolutely magical. 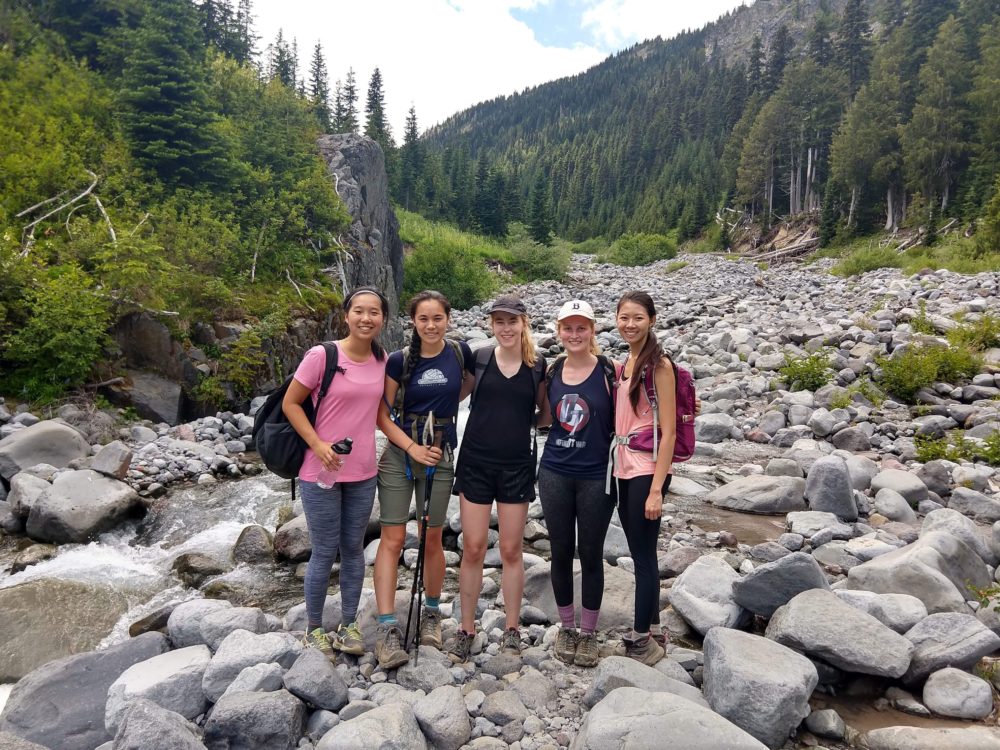 Me and my friends who went on the Summerland trail!

The first part of the hike was pretty typical for Washington trails. You hike from the forest floor up into the foothills of the mountain, surrounded by towering trees and the constant babbling of mountain streams. 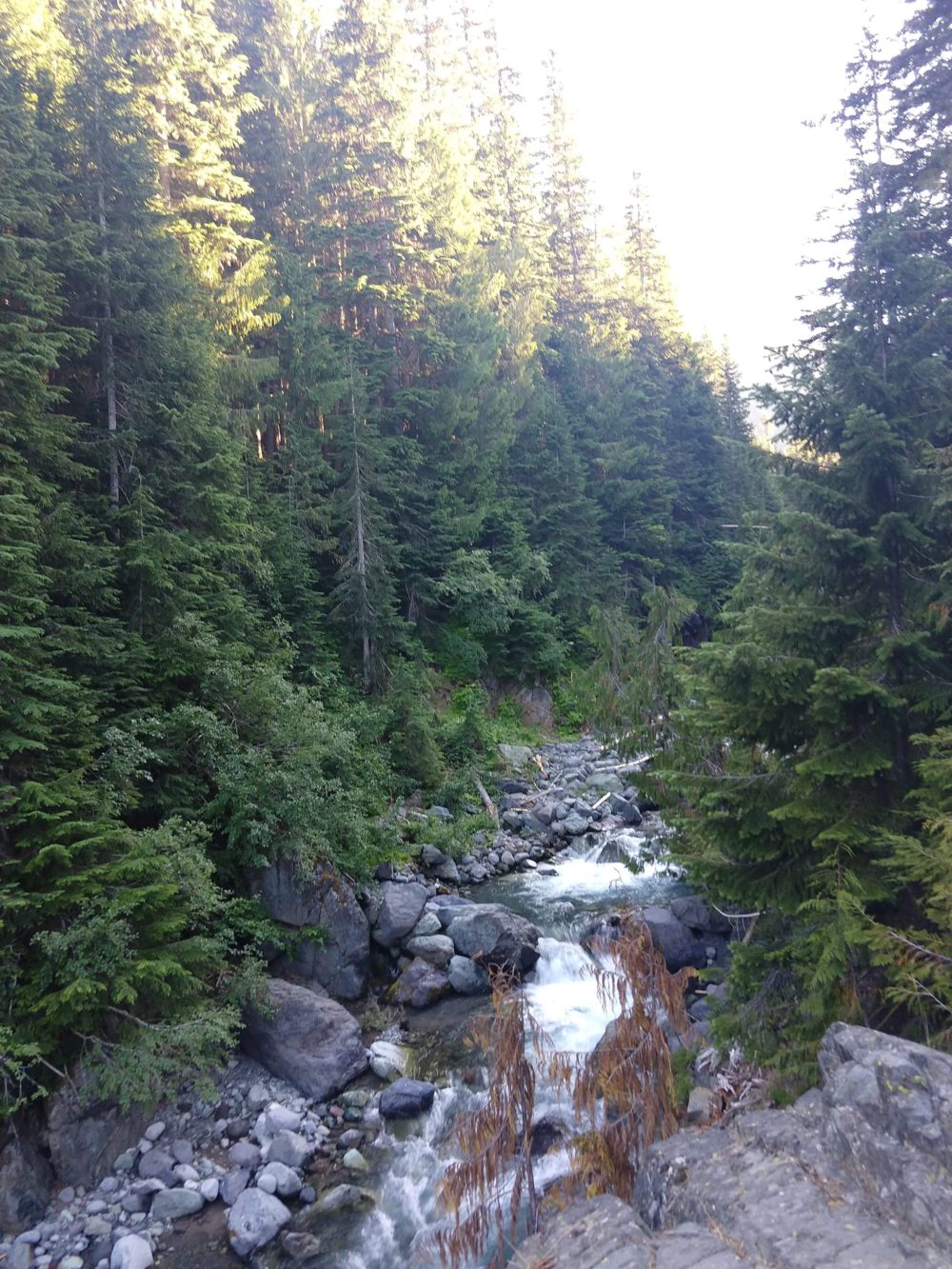 But then, as we ascended, the trees gave way to small pockets of mountain-ringed meadows, filled with grass and flowers. 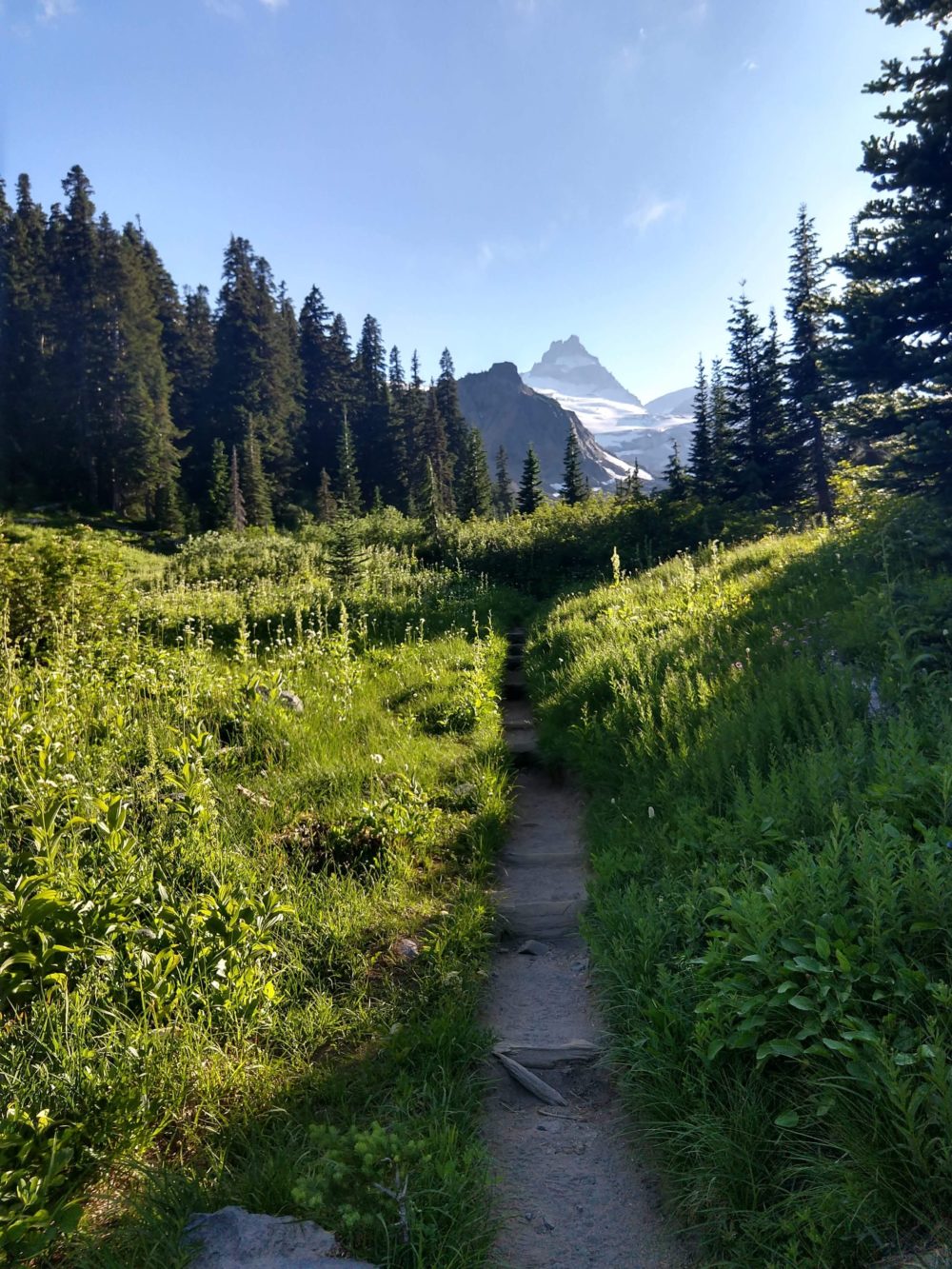 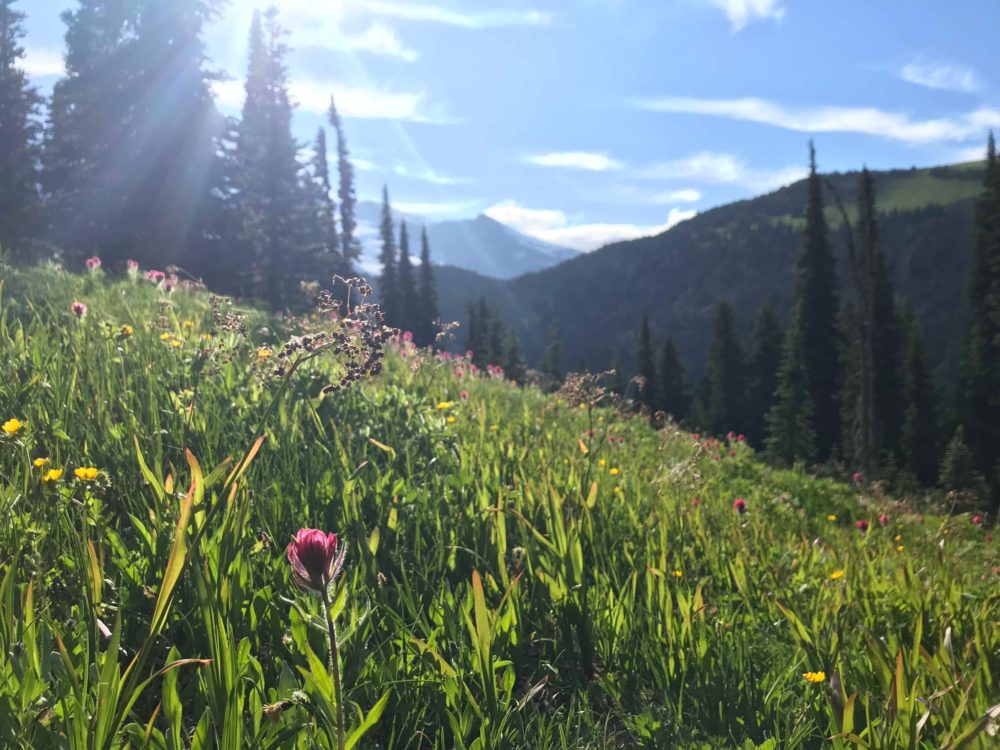 And eventually, when you climb high enough, the surrounding slopes fell away, leaving a point-blank perspective of Mount Rainier. 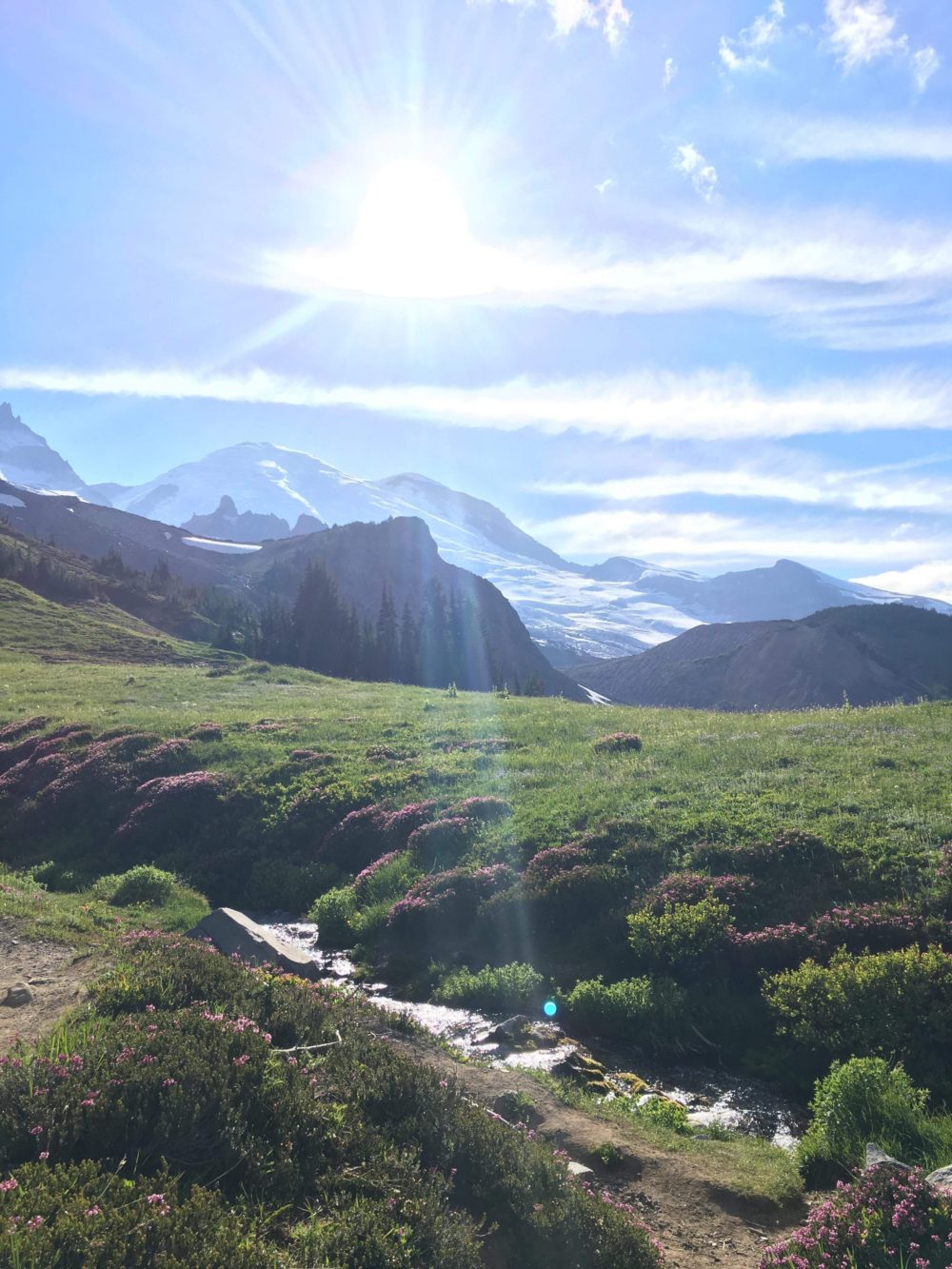 The larger meadow at the top of the mountain felt like something out of a Disney movie. I could barely believe it was real. There was one little point where you could stand with a clear babbling brook on each side in an emerald meadow spotted with summertime flowers and the rocky, snow-capped summit of Rainier in the background. 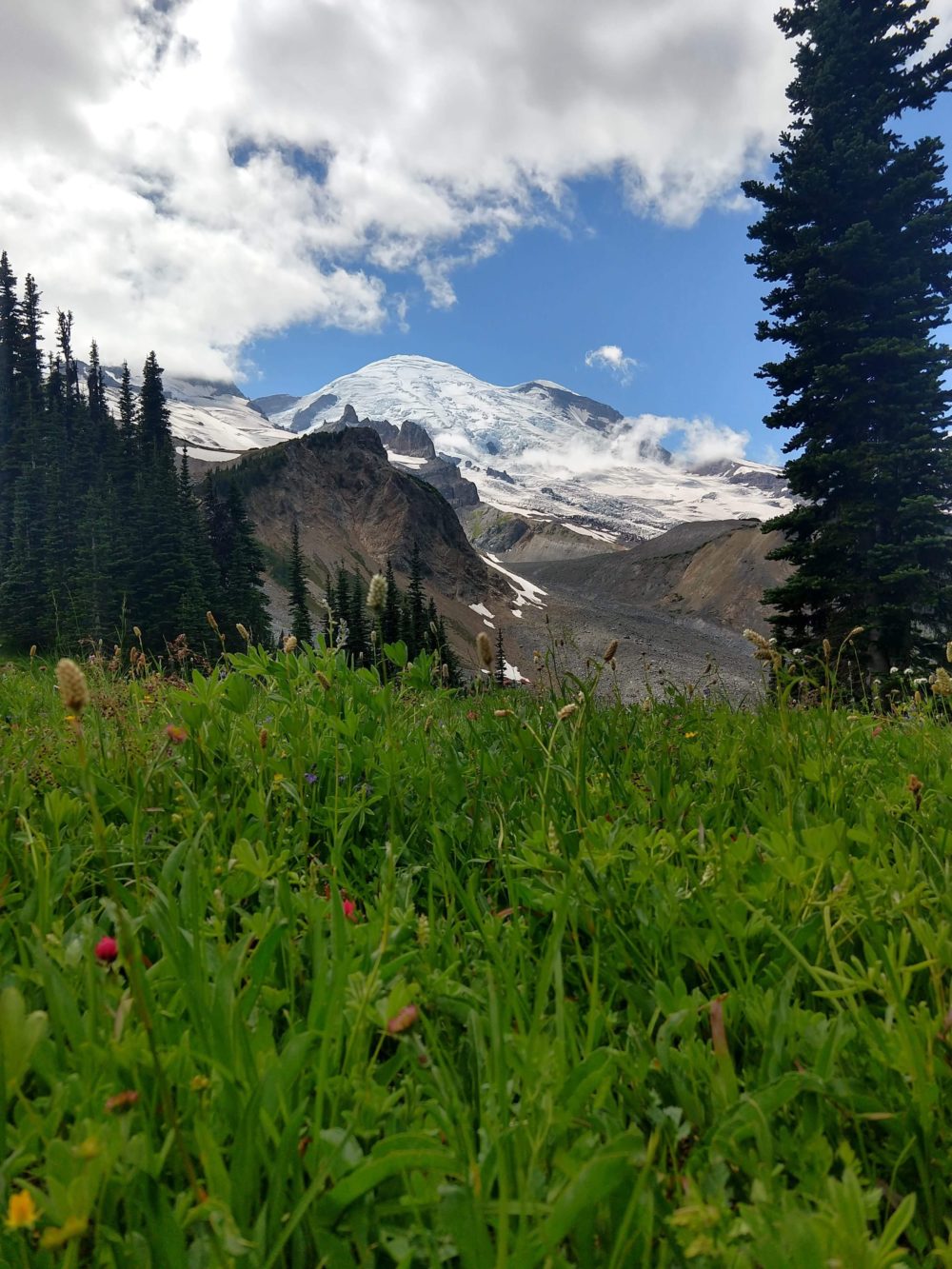 The summit of Mount Rainier 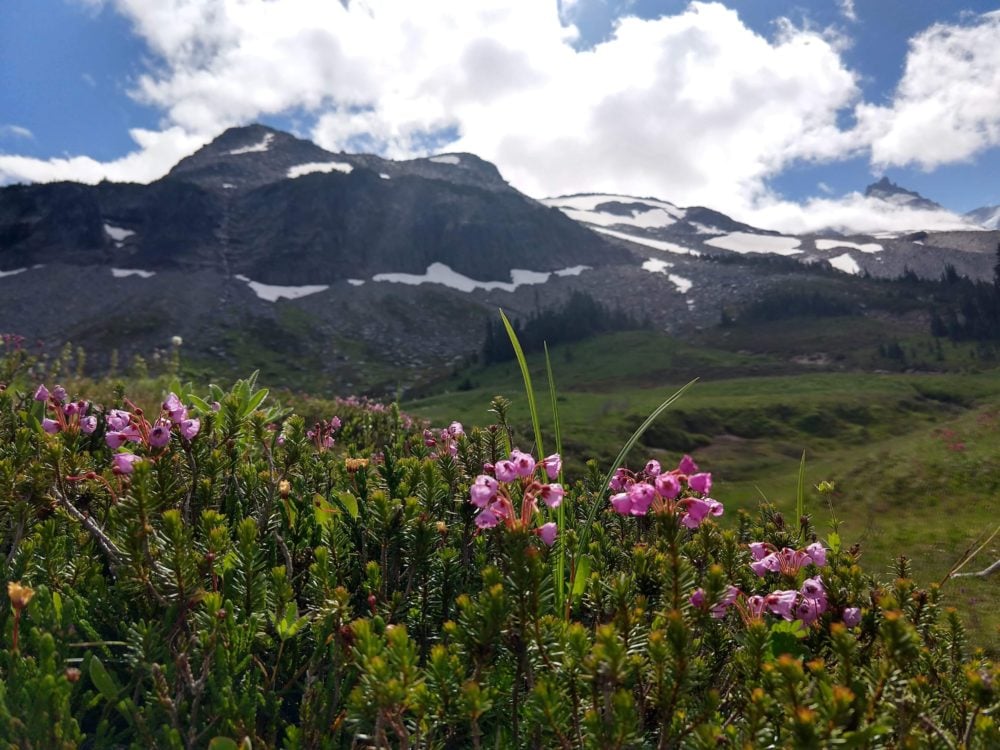 If you keep climbing, it starts to feel like you’re on a different planet. The grass goes away, leaving the chewed-up rock of the mountain–gray, rusty read, even turquoise in places. At one point we had to hop between stones to cross a river. We found a turquoise lake framed against a towering cliff face. 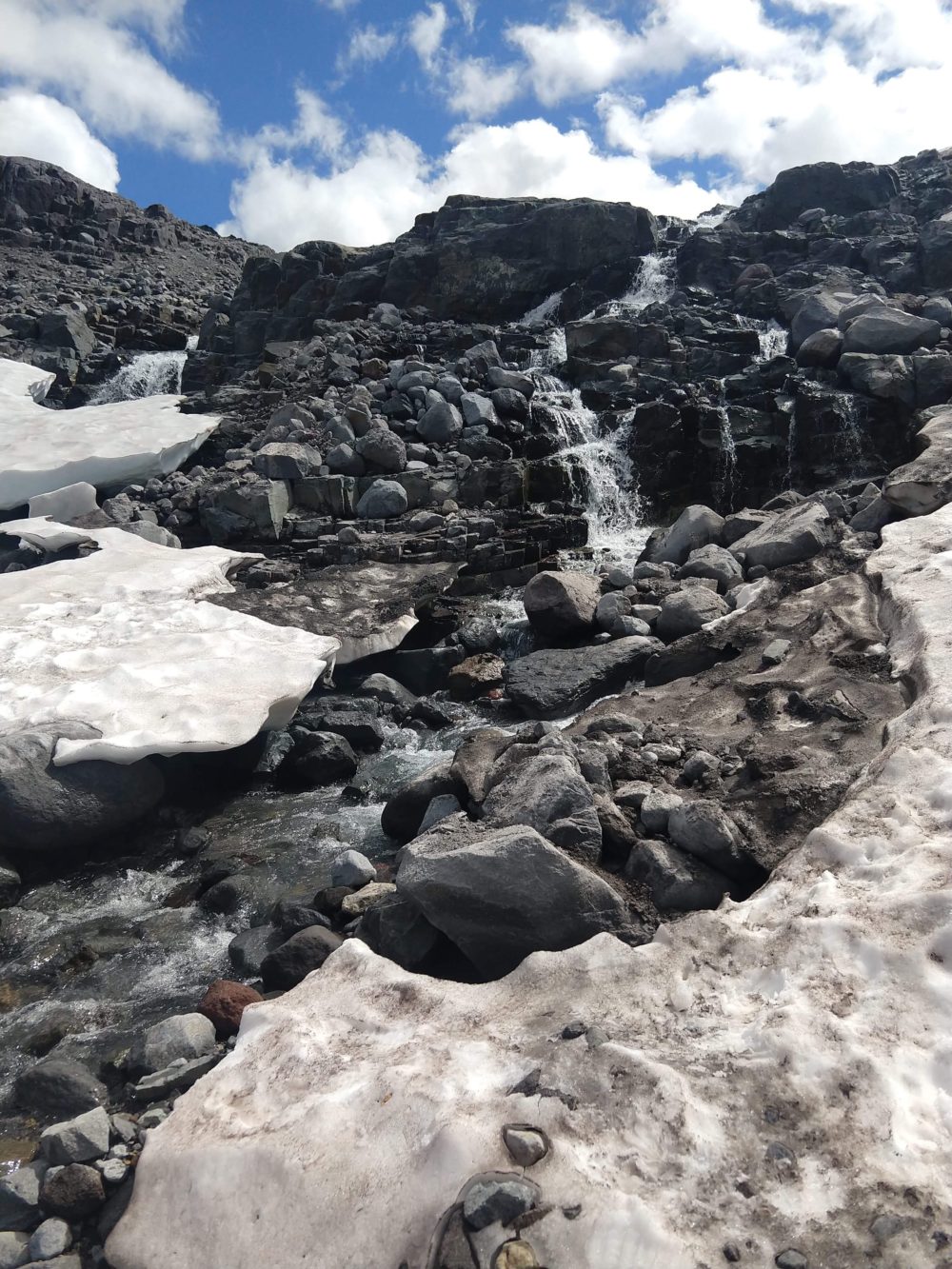 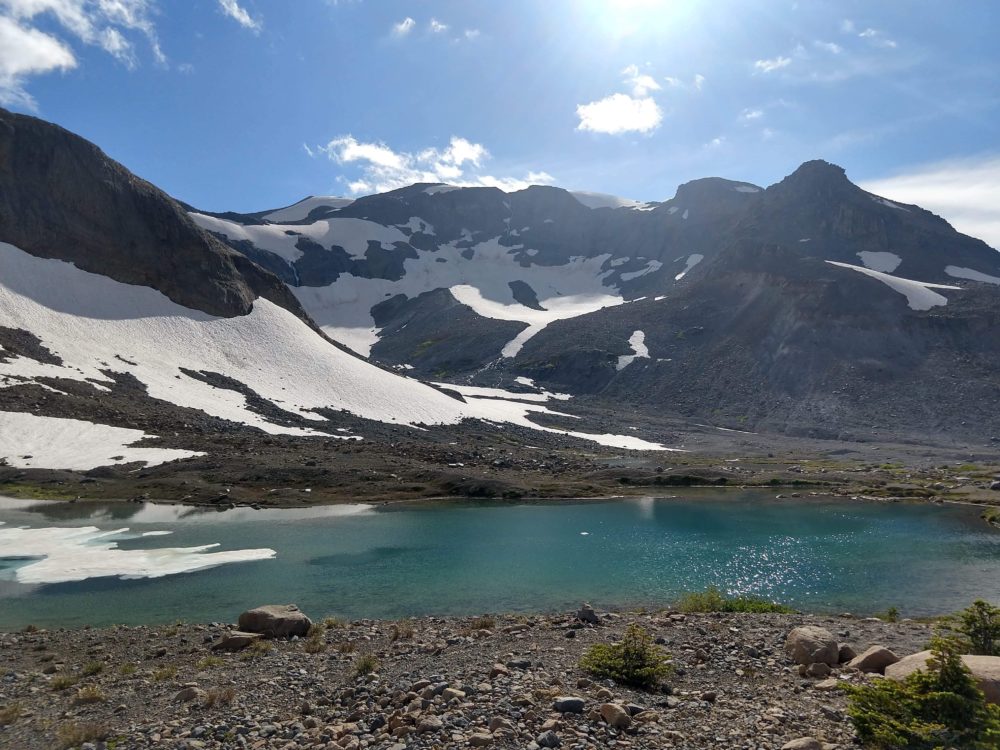 To get to the top of the cliff, you have to hike over snow and slippery shale [RIGHT WORD?] that could shift at any moment. But the view over the mountain range is incredible. 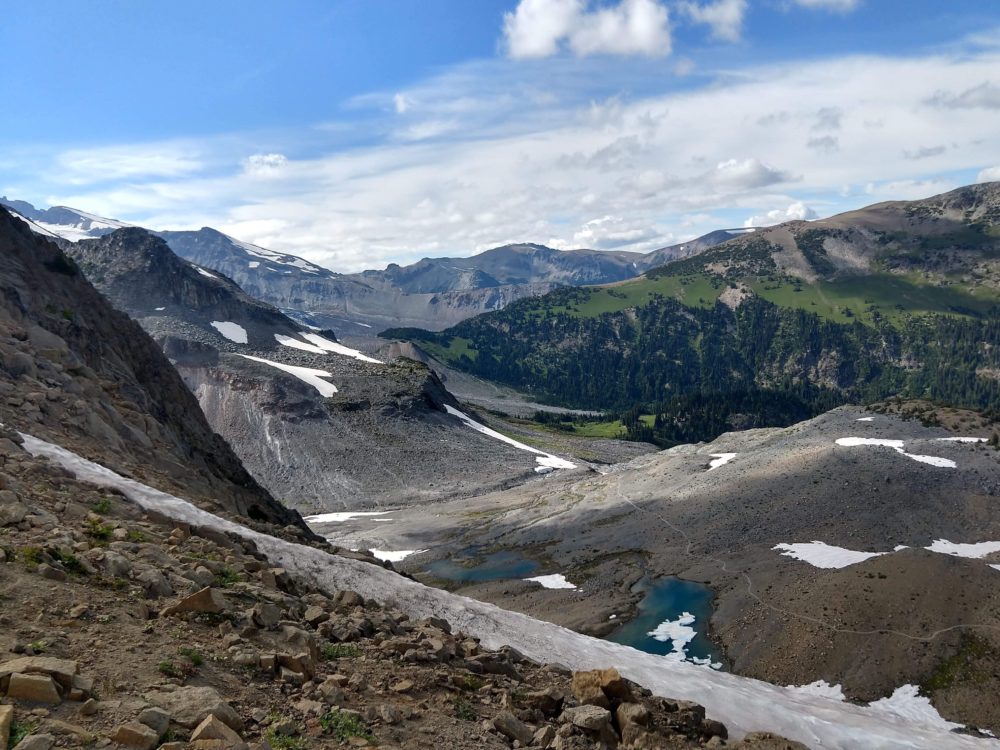 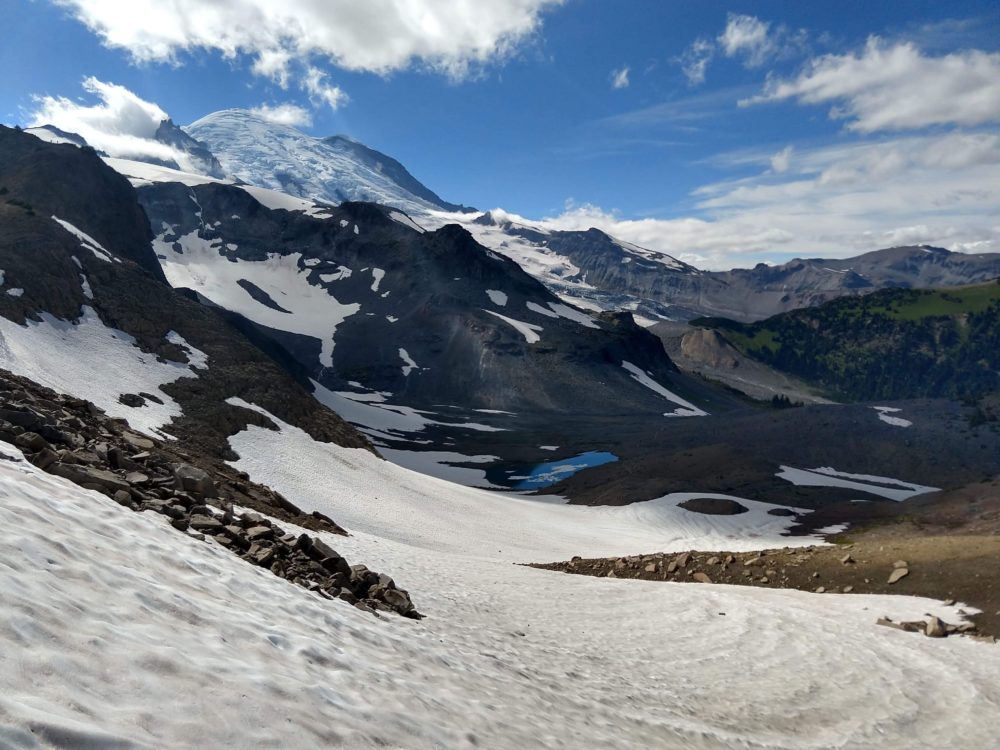 The diversity and beauty of the scenery was mind-blowing.

I did three other trails while in Seattle.

Lake 22. Presumably there are another 21 lakes in the area. Unfortunately we only saw this one, but fortunately it was gorgeous. 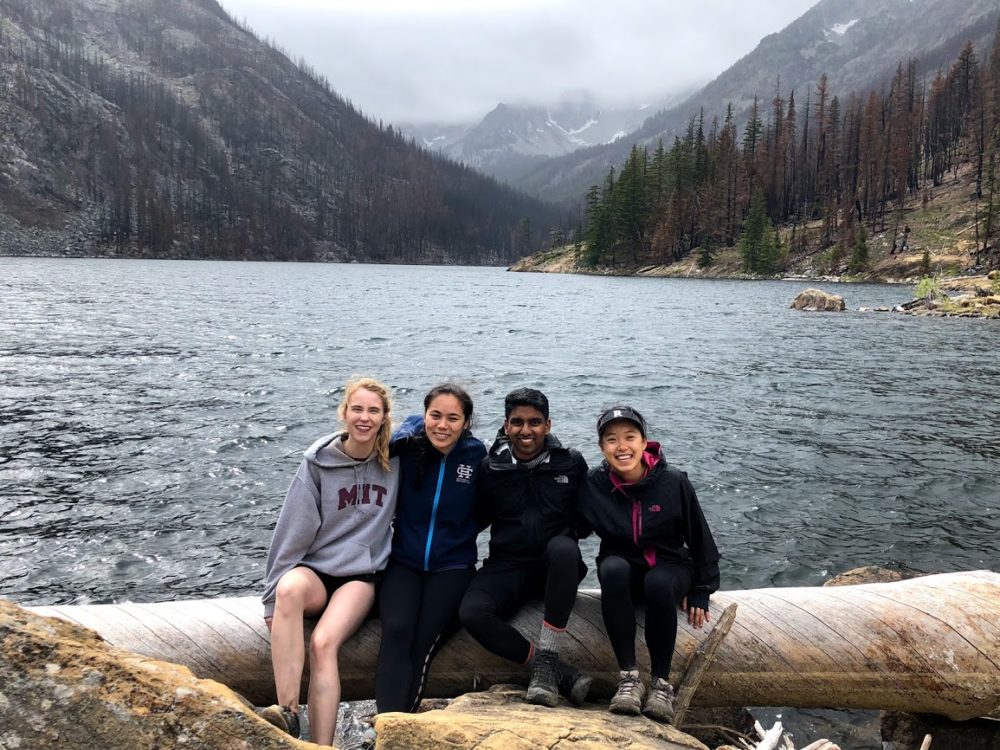 I forget the name of this lake, but doesn’t it look like Hogwarts should be hanging around somewhere? 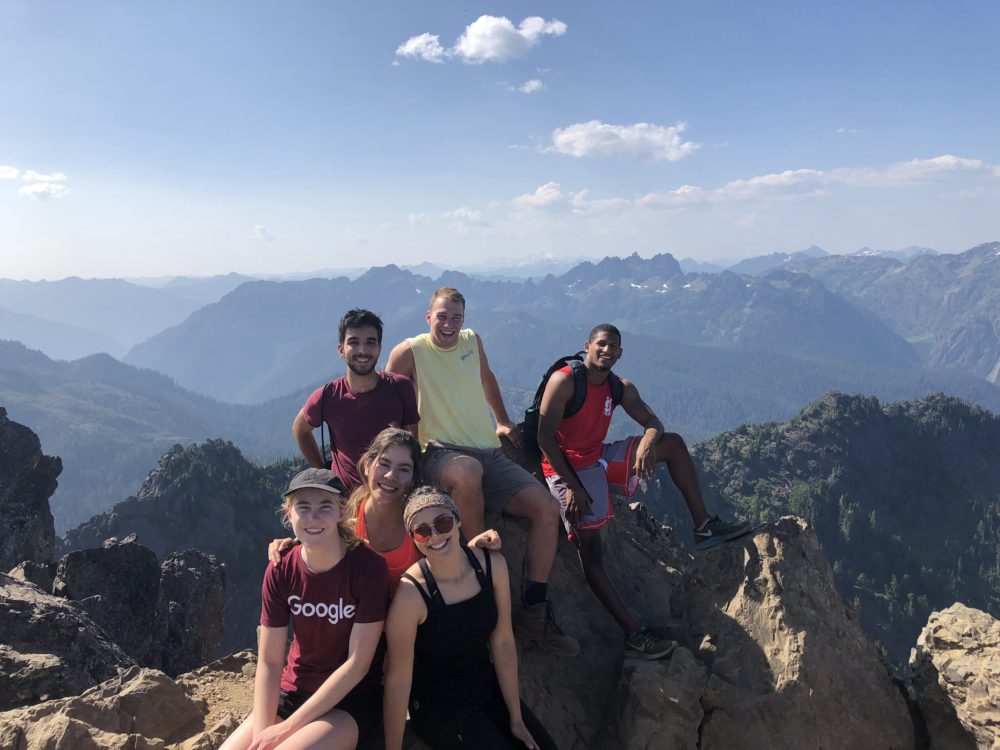 This was taken in the Olympics, a big mountain range southwest of Seattle. Believe me, we had to work for this view!

And we also went Rainier cherry picking. The cherries were so pretty I almost didn’t want to eat them. 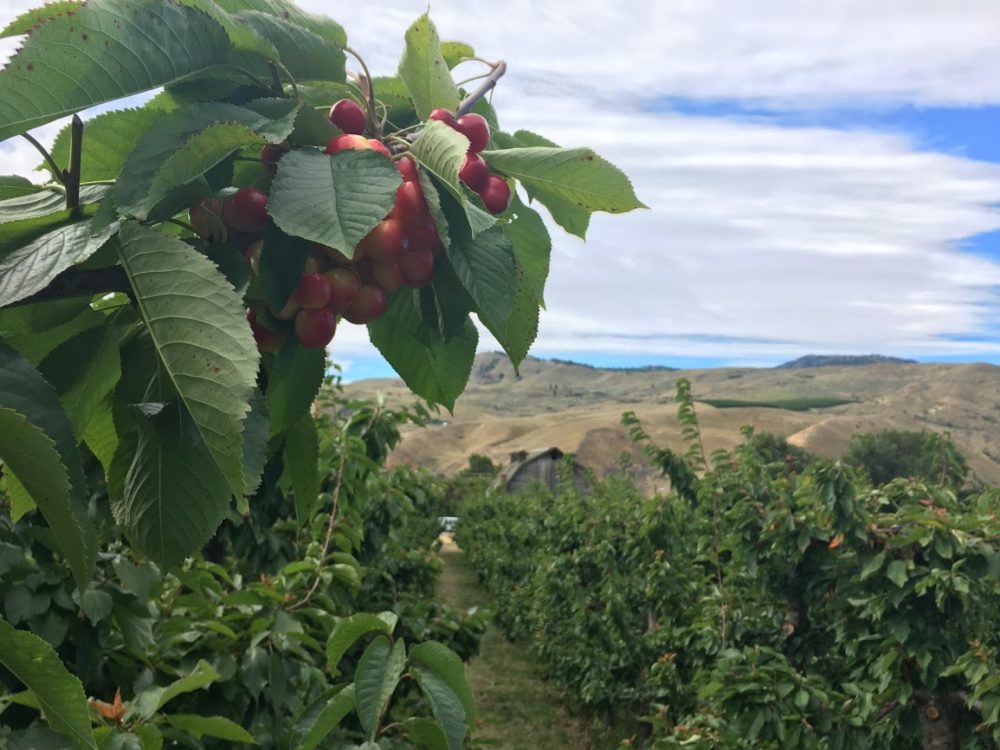 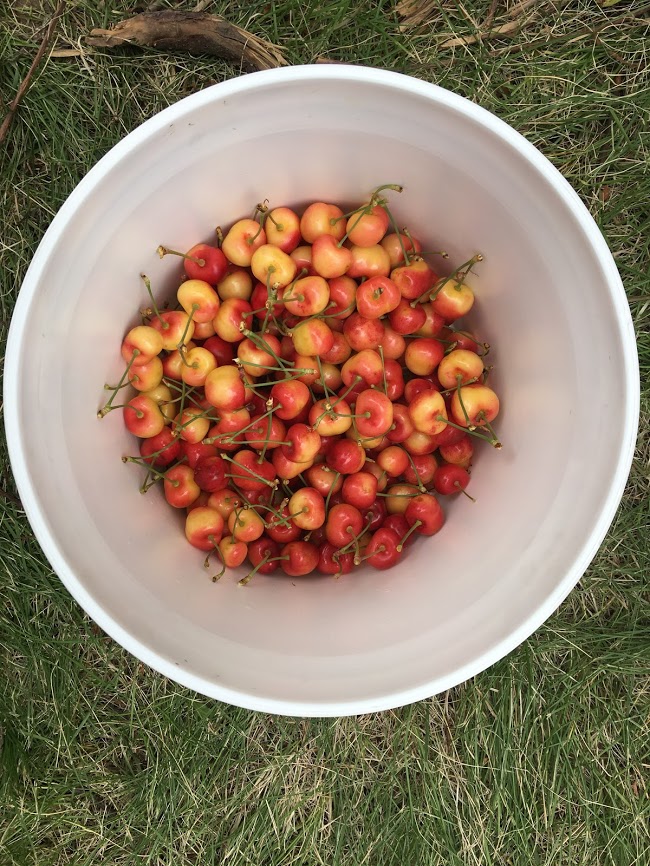 But as much as Seattle is known for its hiking, I, being a native of LA, I am inevitably enchanted by water. Seattle is built around water. It was the constant sparkle of the sun over the lakes that took my breath away. 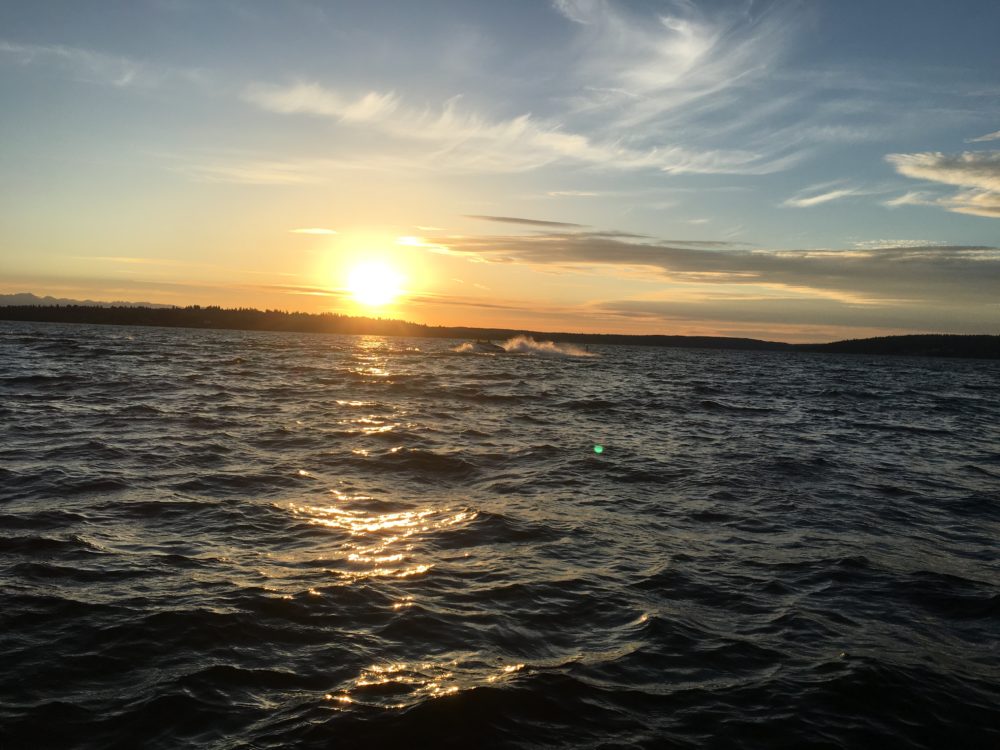 One of my favorite things to do after work was to walk down to Lake Washington–10 minutes away from my work and 5 minutes from my house–and watch the sun set. 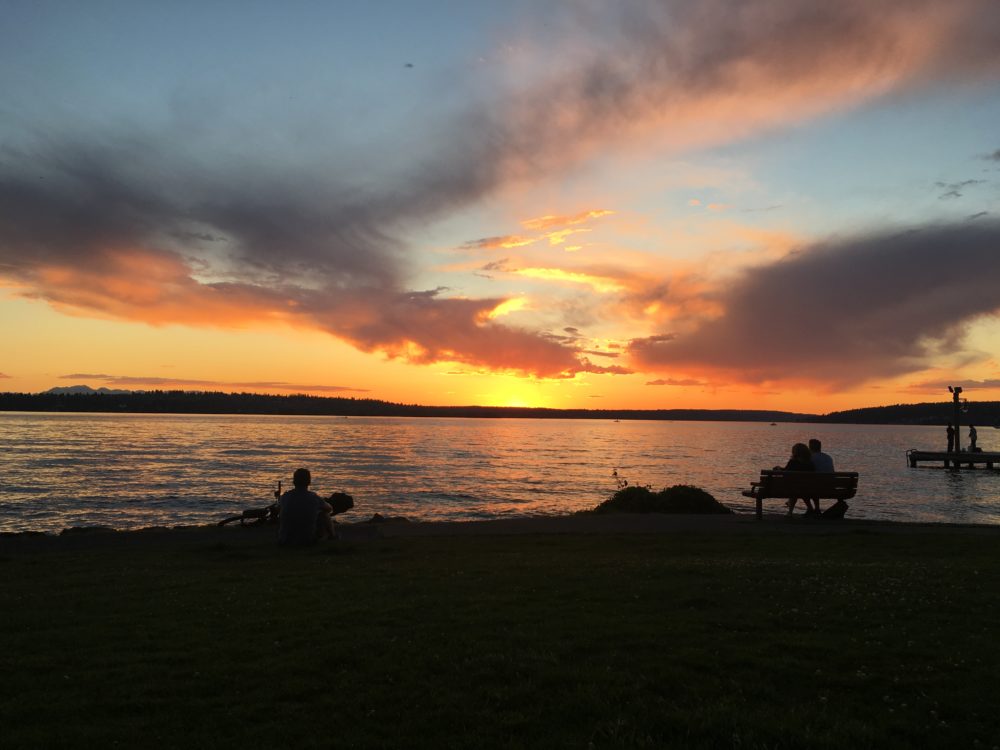 Having the lake in such close proximity was magical…until halfway through August. That’s when the smoke came in. 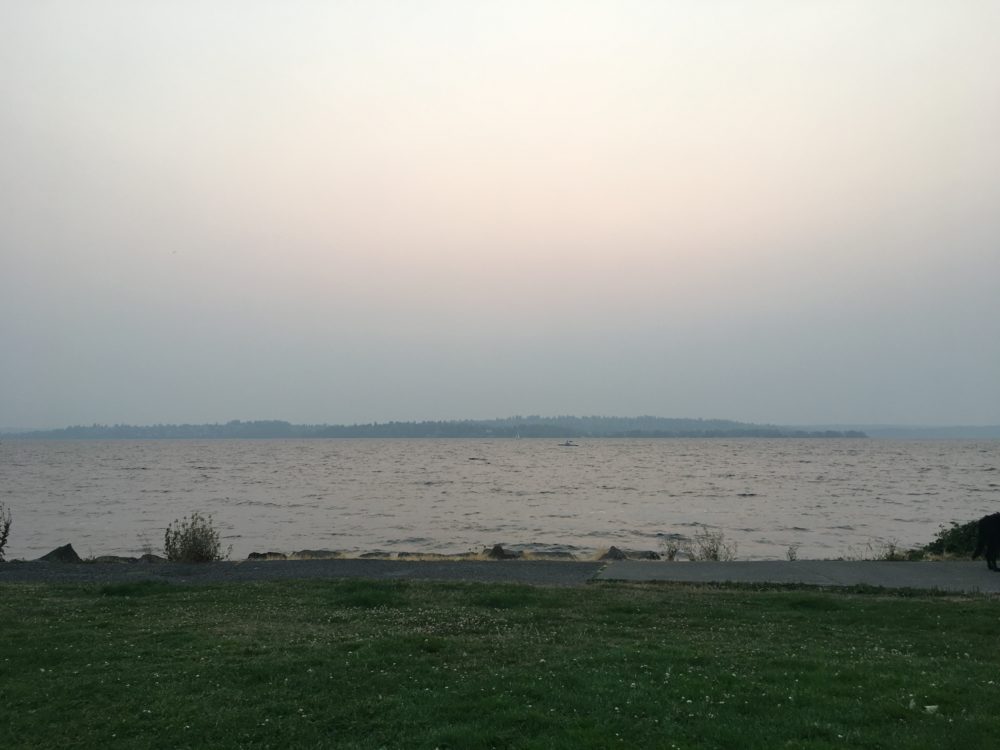 The sun hasn’t set. You just can’t see it behind all the clouds. 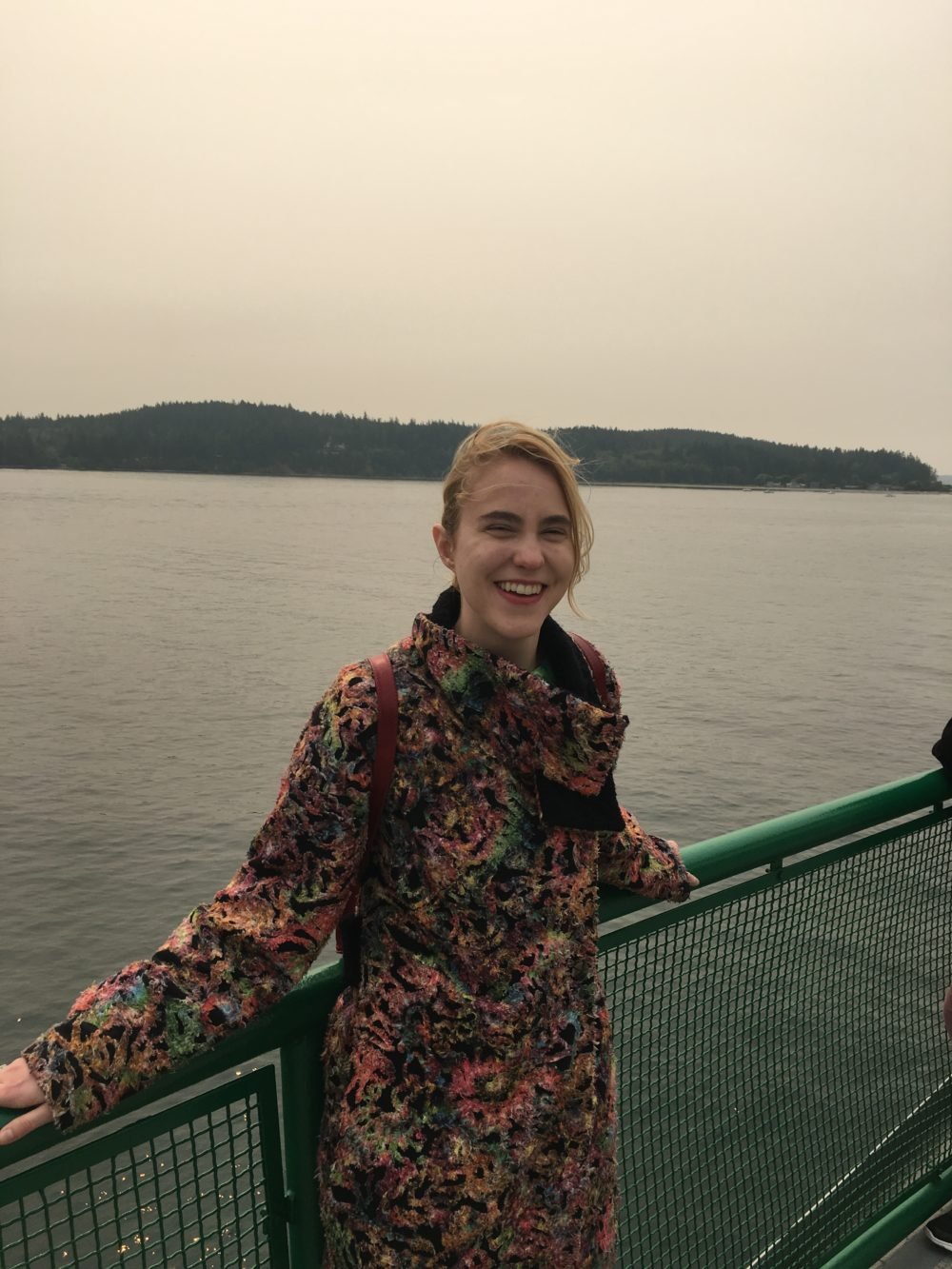 This was from my last weekend in Seattle, on the ferry to San Juan island.

I can’t express how tragic the smoke was without first showing you how gorgeous the city is.

The last two weeks I was in Seattle, the whole city was covered by a pungent brown haze. The air quality made it hard to breathe outside. The reduced visibility marred the view of the lake. The weekend I went to San Juan, a quaint island north of Seattle and across the water from Canada, the smoke was so bad up near the Canadian forest fires that it honestly almost wasn’t worth being outside. A friend and I went kayaking (normally one of my favorite activities) but the whole sky was brown and I had a headache for most of the time.

Especially since I’m from SoCal, which has been dealing with its own increasingly ravaging fires lately, the two weeks of smoke was really disturbing. It was the first time I’ve felt like I’ve actually experienced the effects of environmental destruction. Up until halfway through August, I could picture myself living in the city, in spite of the long rainy winter, as long as I got the summers. Now I’m not sure.