Finding my place at MIT by Anelise N. '19

It's an ongoing process

I saw going to college as a rebirth. I really disliked high school. College was a chance to both remake myself in a friendlier mold and to build up the friend circle I never had in high school.

What I didn’t realize is that a social circle is not something magical that you discover once and then sticks around forever. At least, not for me. A social circle is something that I’ve had to work to seek out and keep and occasionally something I have to rebuild.

I was a pretty lonely high schooler. I didn’t have many friends, especially senior year. I was really focused, especially on academics and atypical hobbies that didn’t revolve around the high school community. As a result, I didn’t fit in with the other people in my class and I consistently felt like my priorities were at odds with those of the people around me. I’d be lying if I said that none of the situation was my fault–I’m a natural introvert and boredom and frustration made me aloof.

I didn’t want college to be a repeat of high school. I knew that the environment would be really different–I’d be around smart, multifaceted people who were focused and ambitious like me, and I could choose my friends instead of spending the whole day around the same people. That gave me hope. And I also decided that I needed to change my attitude. I was going to be more positive and open and I was going to try hard to build the friend group that I craved.

And for my first year and a half at MIT, that worked spectacularly. For most of freshman year I was on a huge social high. I was let loose in a candy shop of interesting, down-to-Earth, welcoming potential friends. (Fun fact: I still think that MIT students are especially down-to-Earth and non-judgemental.) REX was one of the best weeks of my life. I found an awesome friend group first semester. I was so happy to be around people that I liked and that liked me back that I didn’t mind that MIT was a lot of work and I used the term “pset-party” unironically. I started wondering if I was an introvert at all because I started loving meeting people and making small talk. It’s true that I missed my family sometimes and took some stressful classes and still experienced some social FOMO that was left over from missing out on everything in high school. But overall it was a really great time.

I thought that this was what college was like. I expected it to last forever, and it didn’t.

Second semester of sophomore year I grew apart from most of my freshman year friend group and I went through a breakup that I took pretty hard and I still didn’t feel connected to my living group. I felt like I was back at square one. I was lonely and, in retrospect, probably a little depressed. For a while I felt like I didn’t belong at my own school any more. I was afraid that I was watching high school repeat itself, that I was closing myself off, that people no longer made me happy, that I was doomed to be solitary. I remember being apprehensive to go back for Junior year because I felt like I’d regressed from where I was the year before.

Fortunately, that perspective turned out to be way too fatalistic. What I didn’t fully recognize at the time was that while I was shedding most of my freshman year friendship circle I was also building up the next stage of my life at MIT. That same sophomore spring, by happenstance, I found my lab–the same lab I’m working with now, two years later, that’s been a huge part of my life since. Junior fall, I moved living groups again–it was the third living group I’d been in, I’d already changed once, and I was nervous about it and starting to think I’d never find the warm live-in community that so many people seemed to have in college–but I ended up making friends with the people on my floor and finding a really solid community. My interest in languages and my humanities concentration in French introduced me to people outside of my year and department. And even through the whole mid-college-crisis, my still-best-friend from freshman year was there for me, so I was never really alone.

I spent Junior year building a new friend circle. I made a bunch of friends in my lab and my supervisor became my mentor and role model and still is to this day. Working in my lab gave me a sense of teamwork and belonging that came not just from social acceptance but also from skills that I could contribute to a group of motivated, driven people. I challenged myself to hang out more with my entry (that’s the MacGregor-specific term for a floor) and got closer to the people I lived with. My interest in languages led me to take classes with people I wouldn’t have met otherwise and eventually led me to the Language Conversation Exchange, where I still volunteer.

Senior fall rocked. First, I had a great summer interning at my goal company in Seattle and hanging out with a bunch of friends from MIT. And then I came back to school and that rocked too. I learned a lesson from the ridiculous course load I inflicted upon myself Junior spring and took a relatively chill schedule, which meant I had more time for socializing and sleep. I spent a lot of time with people from my dorm and learned how fun it was to have friends living down the hall. There were a bunch of Senior events planned which means I even partied a little bit (:O yes three years late). I took on more responsibility in my lab–I even got to train some new UROPs. I finally cross-registered for a really cool Spanish class at Harvard and I volunteered and participated in the language exchanges. Winter break was awesome too. I spent finals week in Washington D.C. with the only person I know who’s a bigger U.S. history nerd than me–my brother–and I spent IAP in Andorra which was AMAZING, experientially and linguistically. 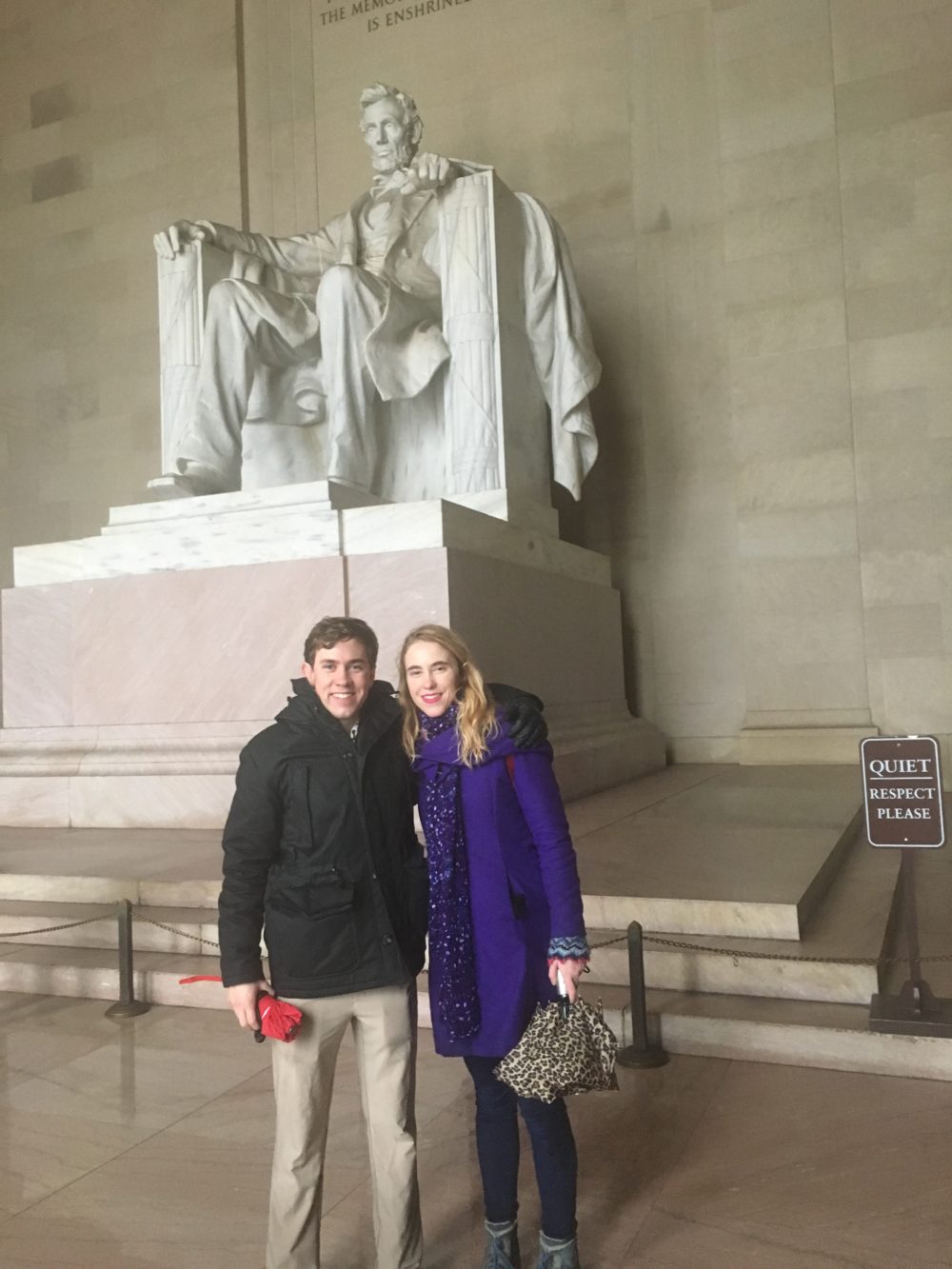 Me and my brother Max visiting Lincoln’s memorial in D.C. This is one of the most respectful pictures we took during our trip. Most of the time, we tried to imitate the statues we were taking pictures with. We thought that maybe that wasn’t appropriate given the gravity of the monument.

And I was…wrong. In the past couple months, things have shifted again. Over winter break I lost two of my good friendships in pretty quick succession. That was a kick in the gut. As a result, some of the social groups I relied on aren’t the same any more. The first couple weeks of the semester were rough. Since then I’ve been throwing myself into my research.

My research situation has changed a lot too, but largely in a positive way. I’m now technically an MEng, or Master’s of Engineering student, which is MIT’s one-year Master’s program. I’m super fortunate that my professor has money to fund me as a Research Assistant, which means I’m only taking two classes this semester and spending the rest of my time researching. It’s really exciting–I’m learning a lot and I *finally* have time to focus on research in a way that was not possible as an undergrad (I submitted my first conference paper last week!!!) It’s also taking some getting used to. An RAship is more like having a job and less like being a student, which means I’m learning to negotiate the challenges of workplace responsibilities and relationships.

So basically this semester, a lot of the pleasure and meaning in my daily life is coming from my work instead of my social life. I love having important work to do and I love that I’m finally a fully-fledged member of my lab. But, as you probably gathered from the fact that I just wrote a whole blog post about it, my social connections are really important to me and I’m bummed and taken aback that I’m losing some of them, again.

And I think I’m taken aback because my assumptions about how social connections work are wrong. I never assumed I would be friends with the exact same group of people throughout college, but I guess I did assume that there was a “place” waiting for me somewhere here that I just had to find and then I’d be welcomed and comfortable and part of that group for basically ever. And that’s not true. Sometimes you leave people’s lives and sometimes they leave yours. Social connections ebb and flow. I knew that I had to work for my relationships, but I didn’t realize that even then, sometimes they don’t work out.

I’m never going to “find my place”. I’m going to find a place. And I’m going to have to work hard to keep it and sometimes, maybe often, lose it and find another one. It sounds exhausting. But at least when this happens I now know that I don’t have to look back at high school and wonder if there’s something wrong about me that’s dooming myself to a life of loneliness. This stuff happens. Things will come back together again. 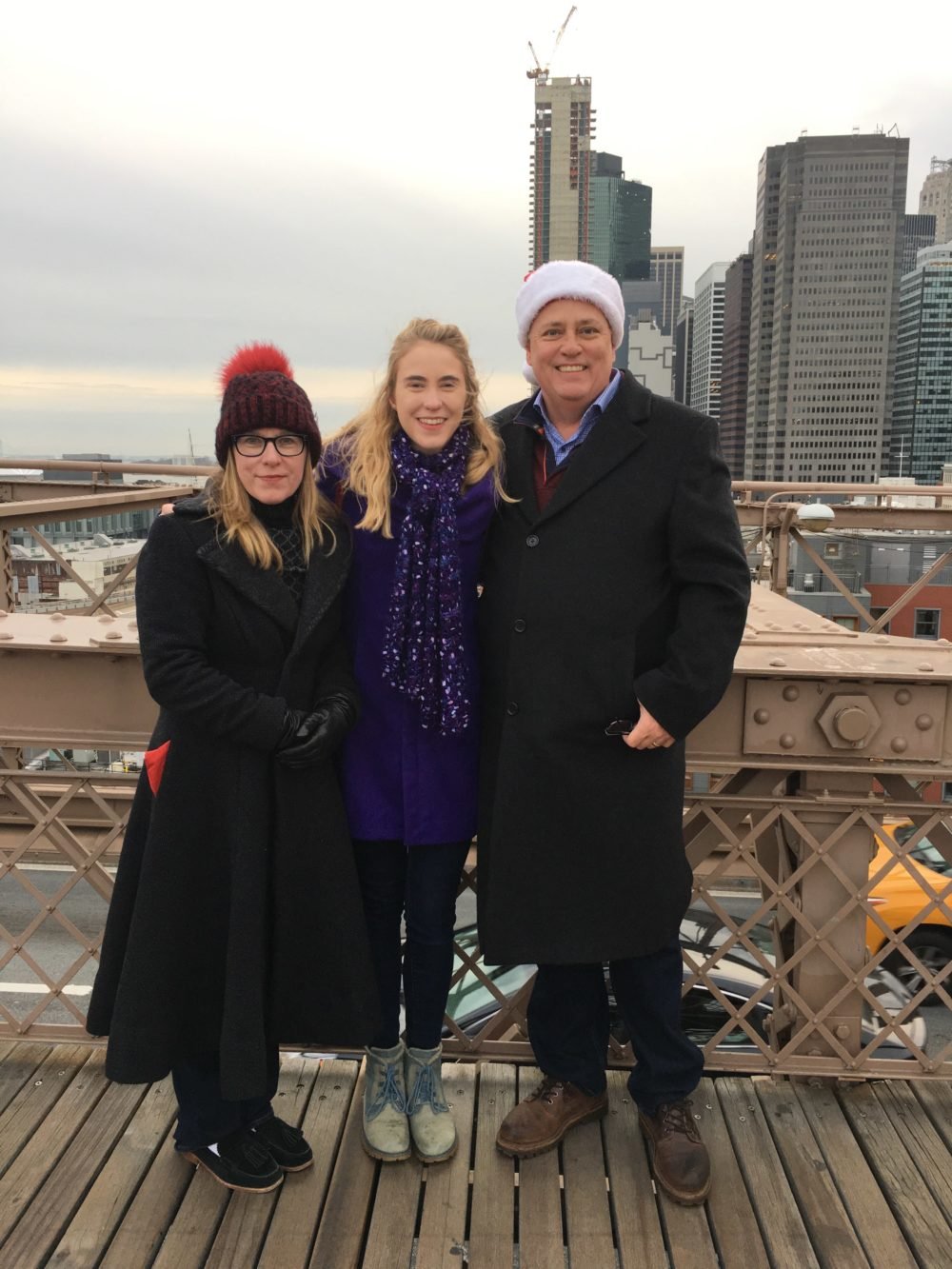 My parents have always been there for me–no matter what’s going on at school. 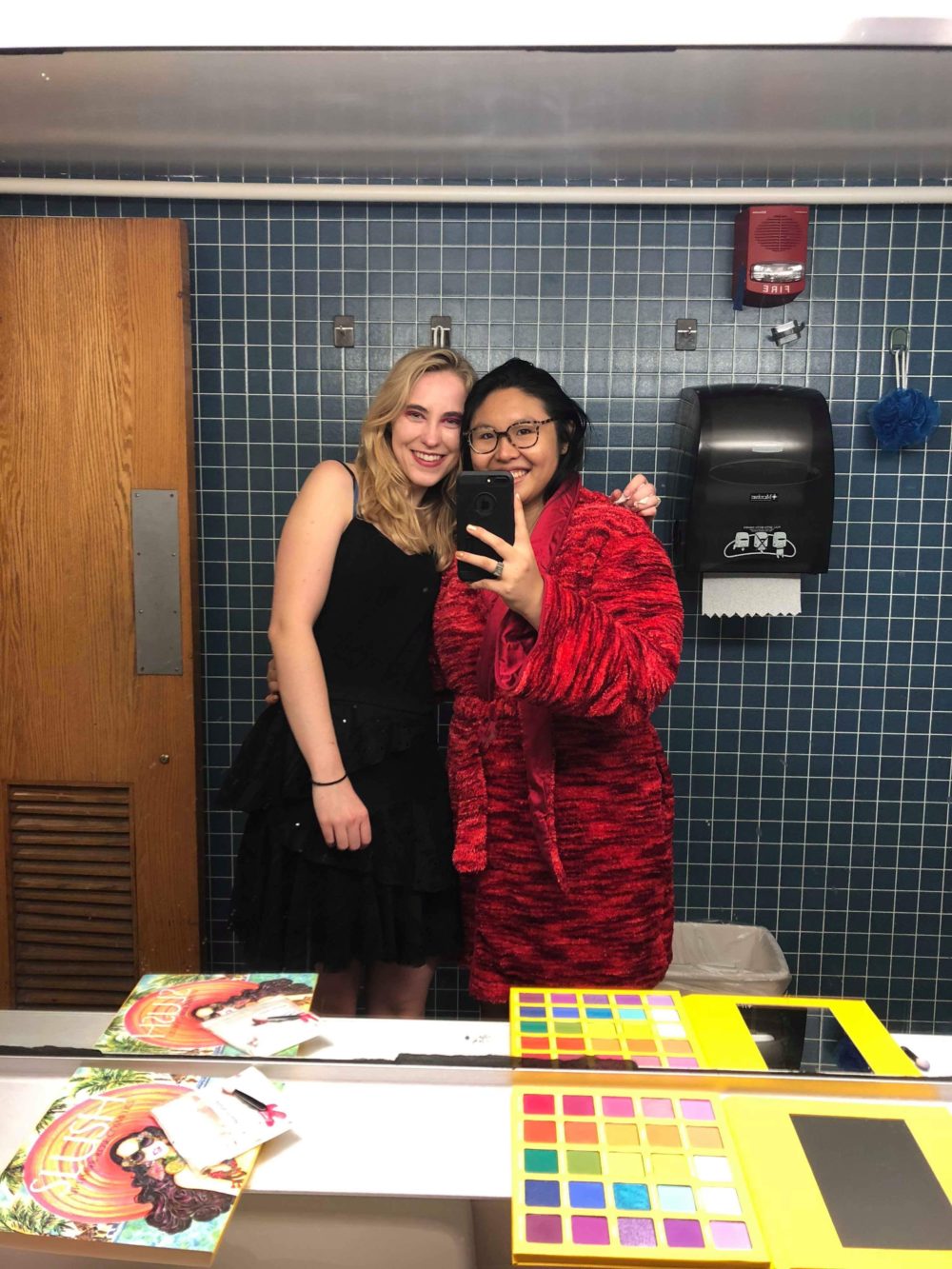 So has my best friend Yida, who I’ve known since freshman year and who has been a wonderful part of being at MIT <3

Finding my place at MIT is something I’m still working on, and, I now realize, something I’ll never stop having to work on.