this time, it's personal ((last time it was also personal))

I wrote a little while ago about a hack on the Dot raising awareness of MIT’s partnership with/acceptance of money from Shell and other companies which are, uh, not doing great on the climate change front.

Here’s another one by the same group (or same-named group, anyway) that went up in Building 66 on the 10th. There’s a very, very fancy portrait of David Koch in the first-floor lobby — or, I guess, there was a fancy portrait. Now there is a very different kind of portrait. I have a few pictures below; the best ones are by Maxwell Yun ’21, who, unlike me, actually owns a camera. Thanks Maxwell :) 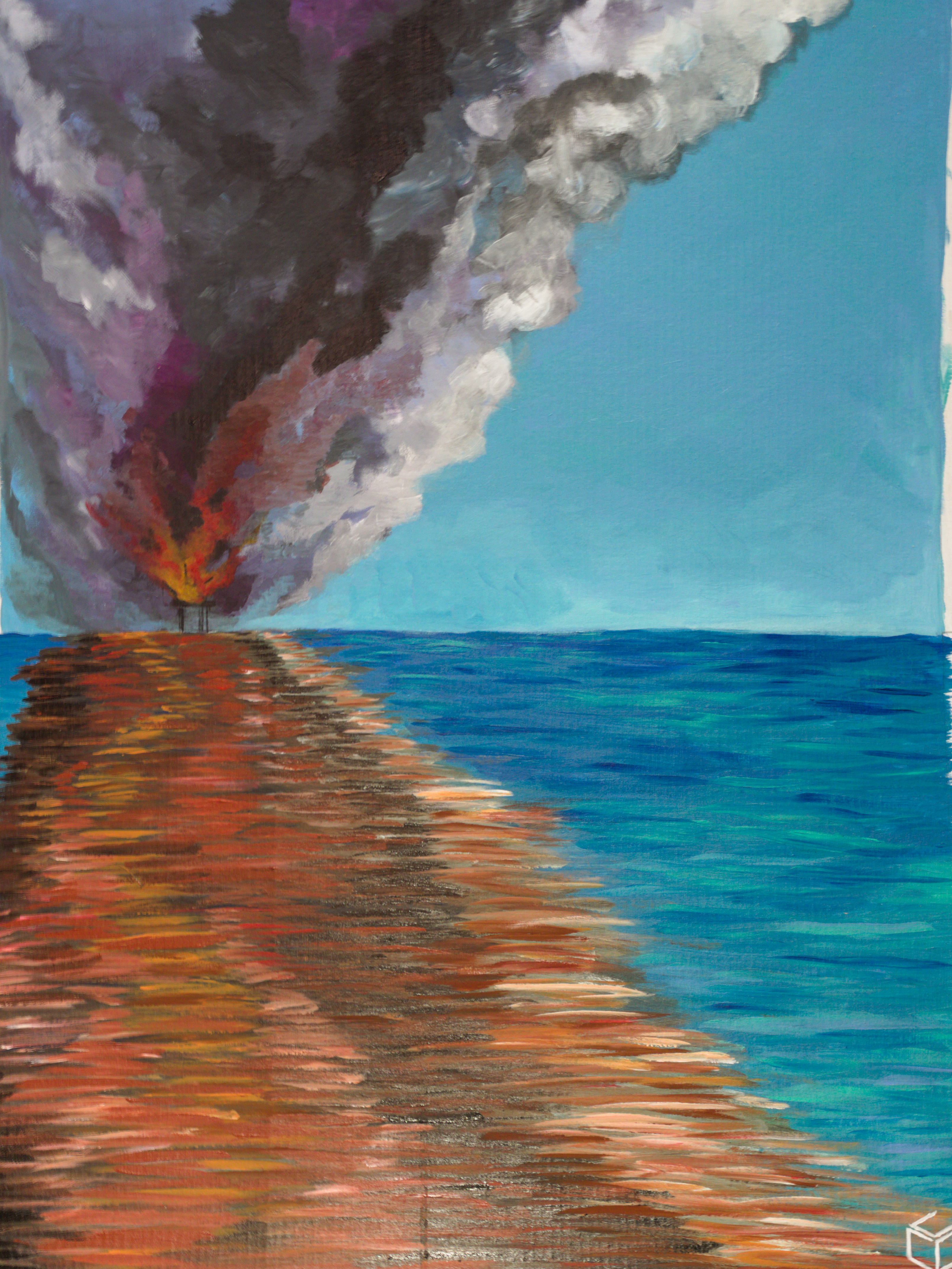 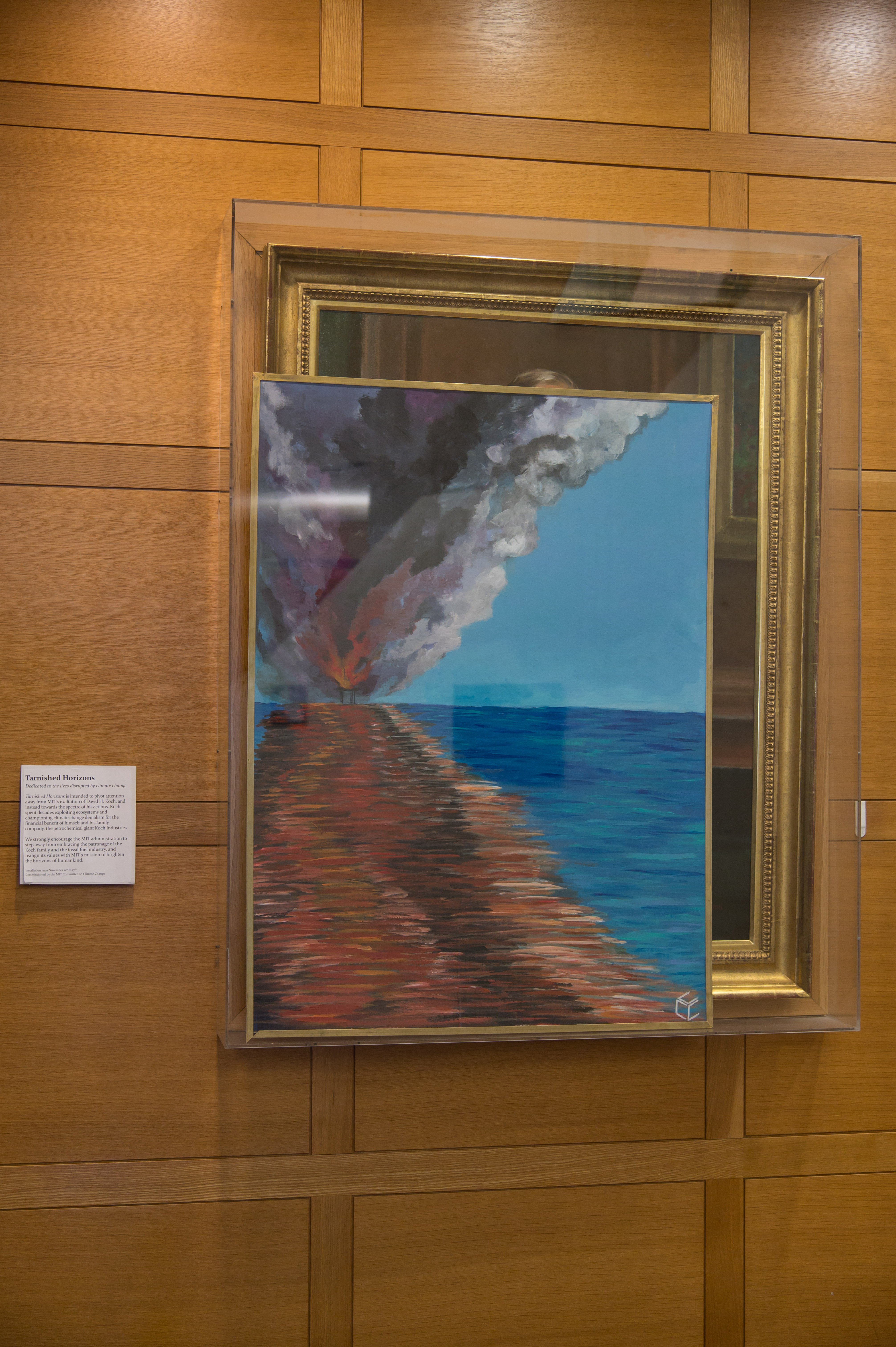 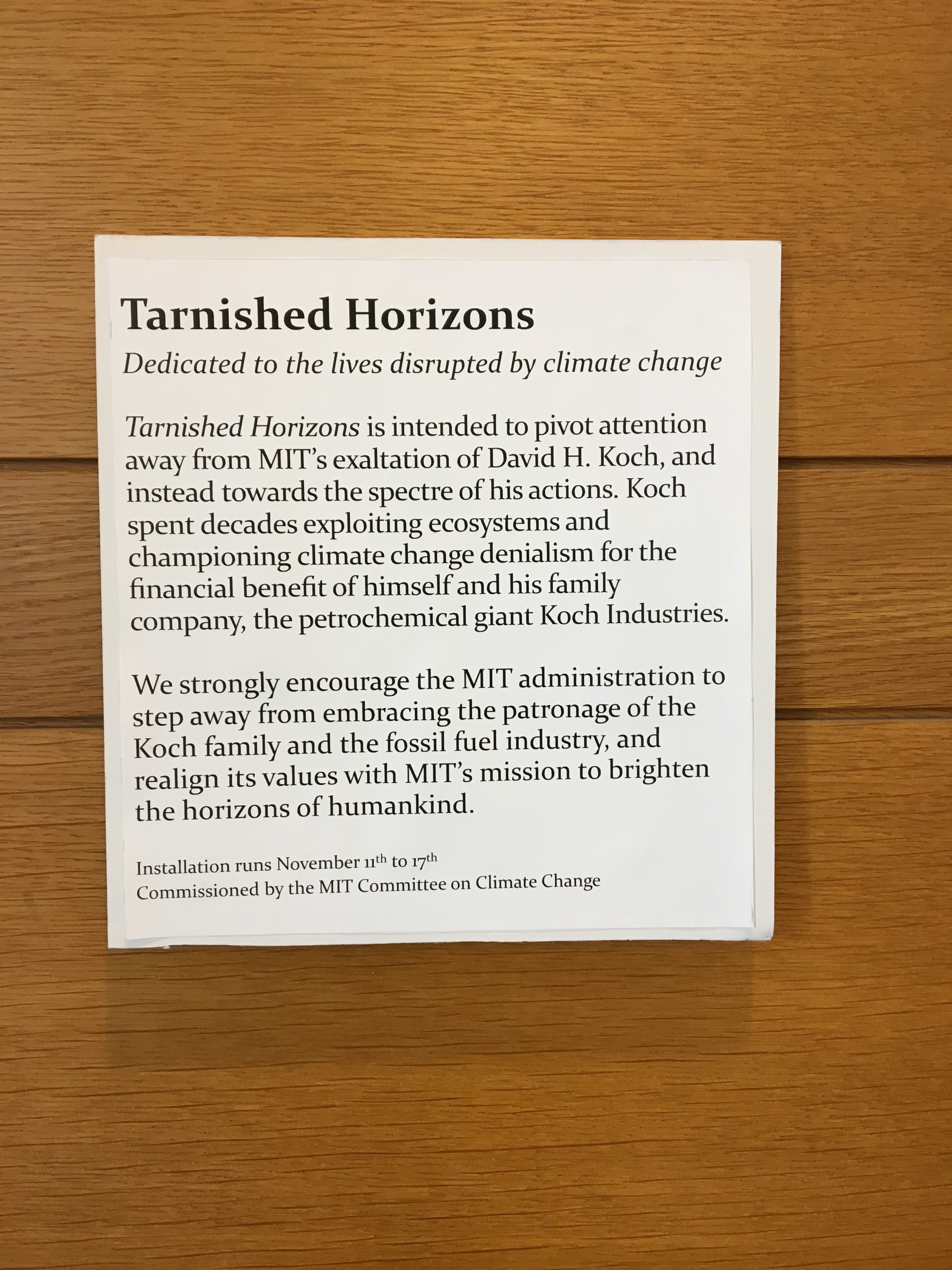 Tarnished Horizons
Dedicated to the lives disrupted by climate change

Tarnished Horizons is intended to pivot attention away from MIT’s exaltation of David H. Koch, and instead towards the spectre of his actions. Koch spent decades exploiting ecosystems and championing climate change denialism for the financial benefit of himself and his family company, the petrochemical giant Koch Industries.

We strongly encourage the MIT administration to step away from embracing the patronage of the Koch family and the fossil fuel industry, and realign its values with MIT’s mission to brighten the horizons of humankind.