It’s weird to be typing again. I feel kind of embarrassed for disappearing for a month from the blogs, especially when the blogs have been such a cozy, homey place for me, a respite among the ups and downs of my life.

But things have been busy. In the time that I’ve been gone:

At the end of my junior year, I was left with a really big decision. I was offered the opportunity to study Sociology and Anthropology at University College London for the fall semester. I felt very stuck. I feel very stuck. I’ve made a decision and even now it still doesn’t feel real.

I want to go. Desperately. I want to go out into the unknown and live in a country that I haven’t lived in before, I want to explore the streets of London and meet new people and fully immerse myself in the humanities. But at the same time, I want to stay with my friends, and spend at least one more semester at MIT because so many semesters were taken away from me.

So, this has been something that’s been bothering me. I’ve opted to try to ignore it. And it makes me feel guilty. Every day I keep postponing signing housing things and agreements, and sending emails back to people. I avoid even opening the acceptance page because it washes me with waves of guilt. I don’t know what to do. And I think it’s been scary to do anything related to MIT (including writing blogs) because it reminds me of the fact that I might be letting go one of one of the coolest and unique opportunities of my life. It’s a lot. There’s…a lot.

I talked with a psychiatrist. Heavy chance I have ADHD. Need to do tests and scans and whatever and labs to move on with the process but surprise surprise I keep getting distracted from setting it up!! Who could’ve called that one!!!

But I’m learning to love it! Ish. It’s really hard transitioning to San Francisco from Boston. In Boston, I can walk around alone at night. I can prance around at 1am and walk across the bridge to my house. I don’t feel in danger, the public transit is easy and makes sense, it’s walkable, it’s green, it’s clean (relatively).

San Francisco is…incredibly different. I’m trying to get used to it, carrying around pepper spray and steeling myself. I don’t walk around in crop tops or sports bras anymore like I did in Boston. I wear a baseball cap and tie up my hair and wear big sweatshirts to cover myself up, one hand always on my pepper spray and the other on my bag. I wear earbuds with nothing playing so no one bothers me but so I can be alert at all times.

It’s exhausting. For the first three weeks of being in San Francisco, I got harassed every single day. I got called a slut, or I got followed, or catcalled. At one point, a man tried to hit me as he called me a “fucking slut” because I was dressed in a sports bra and pants. I wanted to cry.

I complained to all my friends, even going so far as to go to Reddit and ask how to be safer in the city, only to be met with friends and commenters telling me I must be doing something wrong because they’ve “never experienced that in this city.” I felt very helpless.

San Francisco has broken me, broken my resolve. I feel like there are so many rules placed on me because I am a young woman and it feels terrifying and sickening and overwhelming all at once, somehow.

I’m living on my own for the first time, and I’ve really been enjoying the freedom that that has provided for me. I clean my apartment every Sunday, taking careful time to wipe down all surfaces, mop, vacuum, and scrub everything down. It’s peaceful, taking time every week to just clean and take care of my space.

And working out a lot. 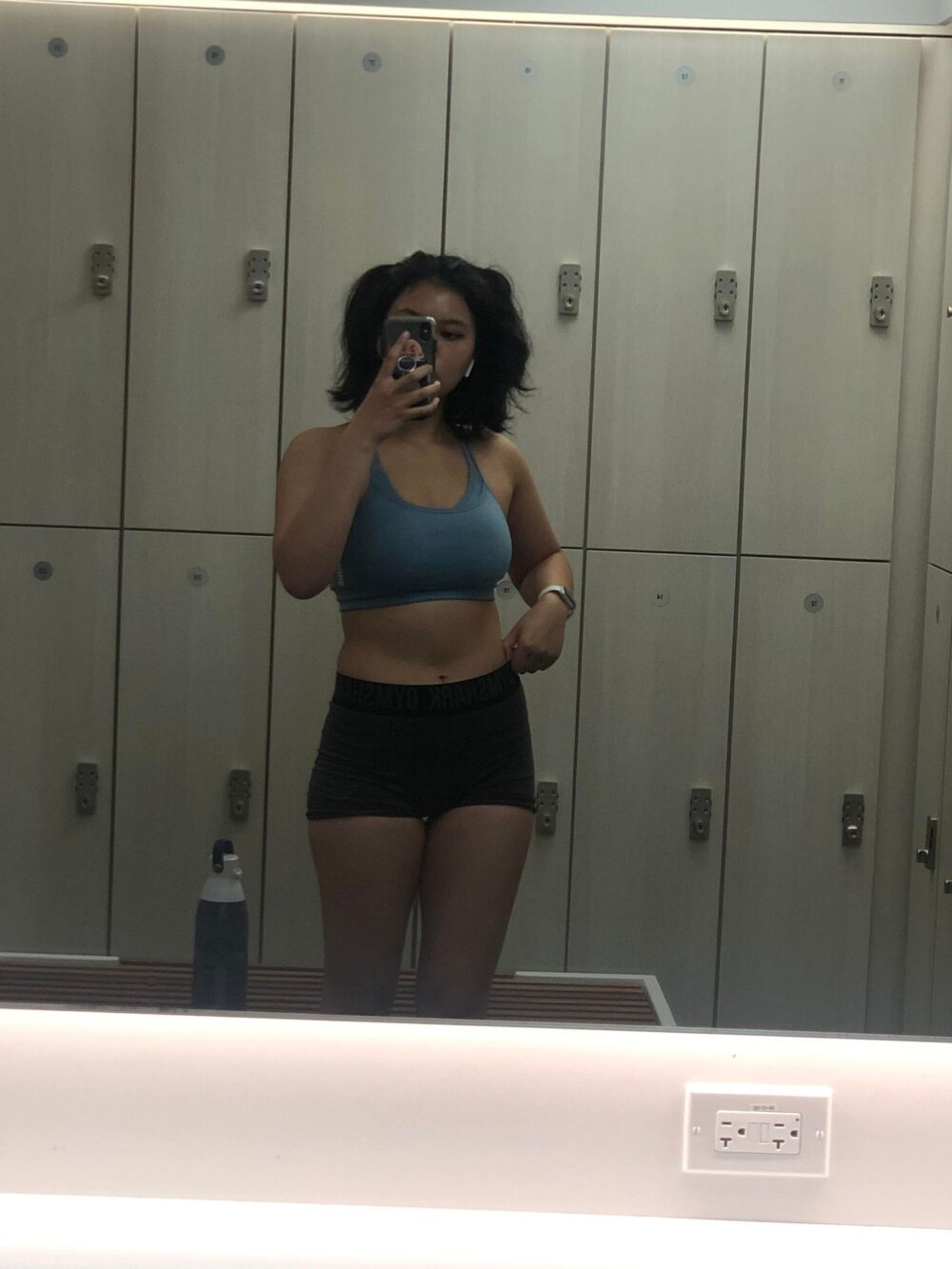 And dressing up cutely and goodly even if SF doesn’t like what I wear.

I’ve been trying out pole fitness classes. They’re super duper hard but I hope to maybe continue this at MIT. They’re really fun and make me feel a lot more in touch with my body.

I have a fear of heights so this was really scary for me but it was super fun. I would definitely go again.

Broadway shows sometimes have something known as rush tickets, tickets you can get on the day of the show for very cheap. They release online at 9am and you can get them two hours before the show. There are usually only about max 20 of these. Some other interns and I decided to get rush tickets for a Saturday 1pm showing of Hadestown. I woke up at 7:30am and showed up at the venue at 8am to be met with literally no one. Like absolutely no one. I think I’m too used to wildly popular concerts where you have to line up three days before because I was truly in shock at the idea that no one was here. My other intern friend, who also woke up hellishly early, was slightly miffed that I made him wake up for literally no one in line. So we left the area and got brunch.

At 9am, online tickets dropped and I was fortunate enough to get 2 of 10 available rush tickets. But we needed three tickets total, so we went back in line around 9:45. At that point, there was literally no one else in line aside from the three people in my group and one other guy.

By the time 11am rolled around, there were only about 10 people in line and we got pretty good seats. 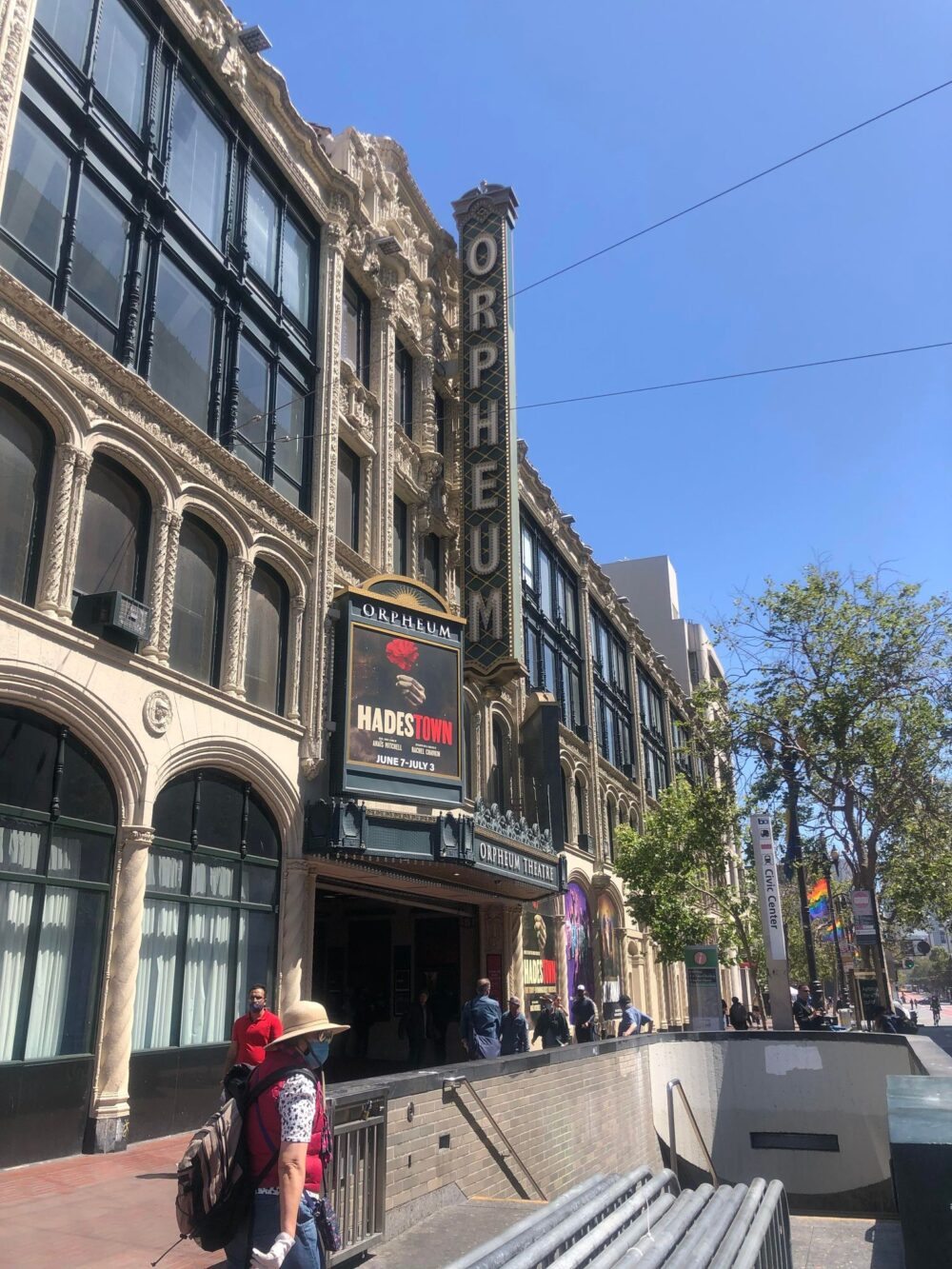 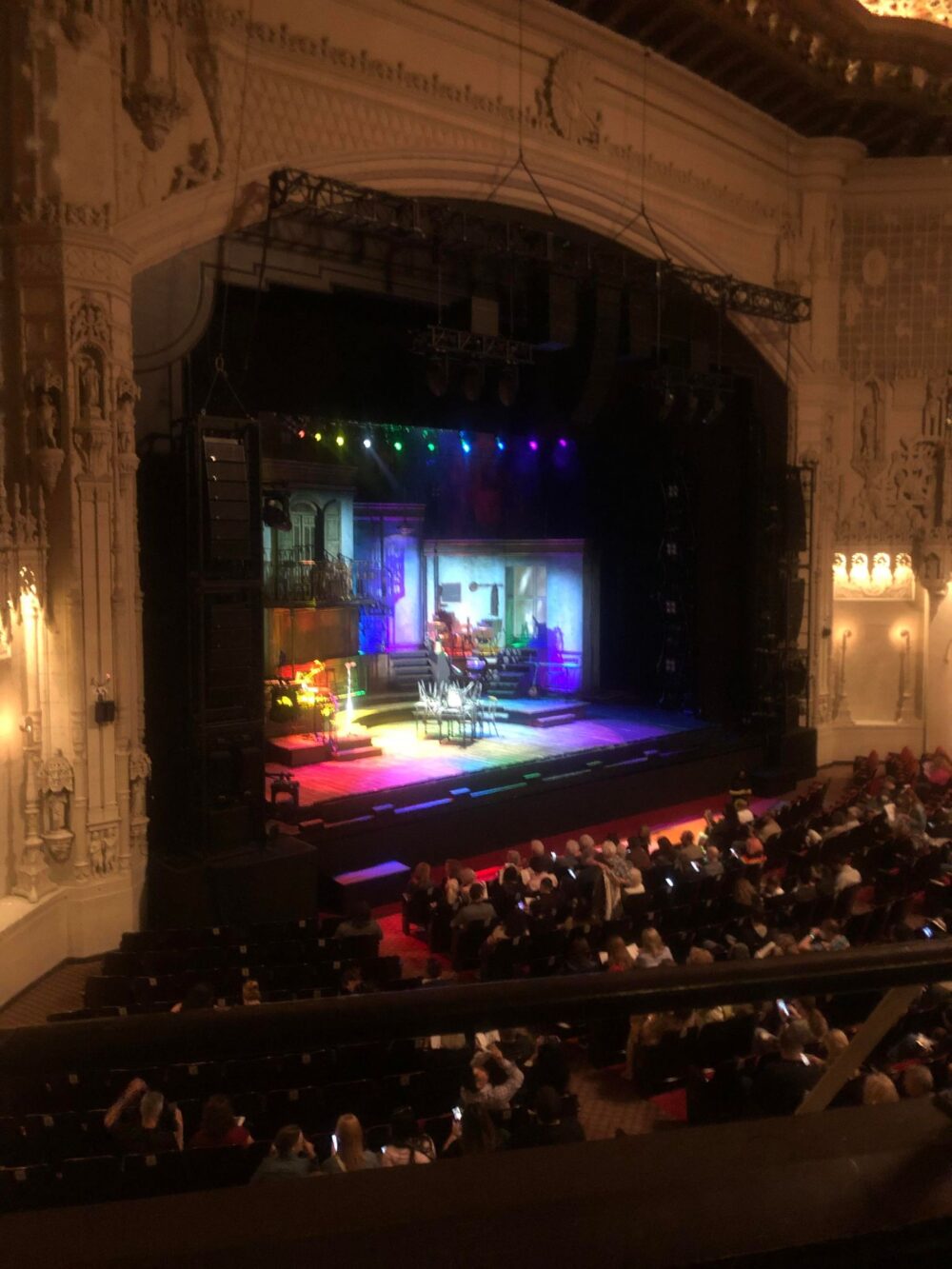 I went thrifting on Haight with my friend Kat and my other friend from my internship Lina. We found lots of cute clothes. I also got lost here because my phone died and I panicked because I didn’t know how to get home. 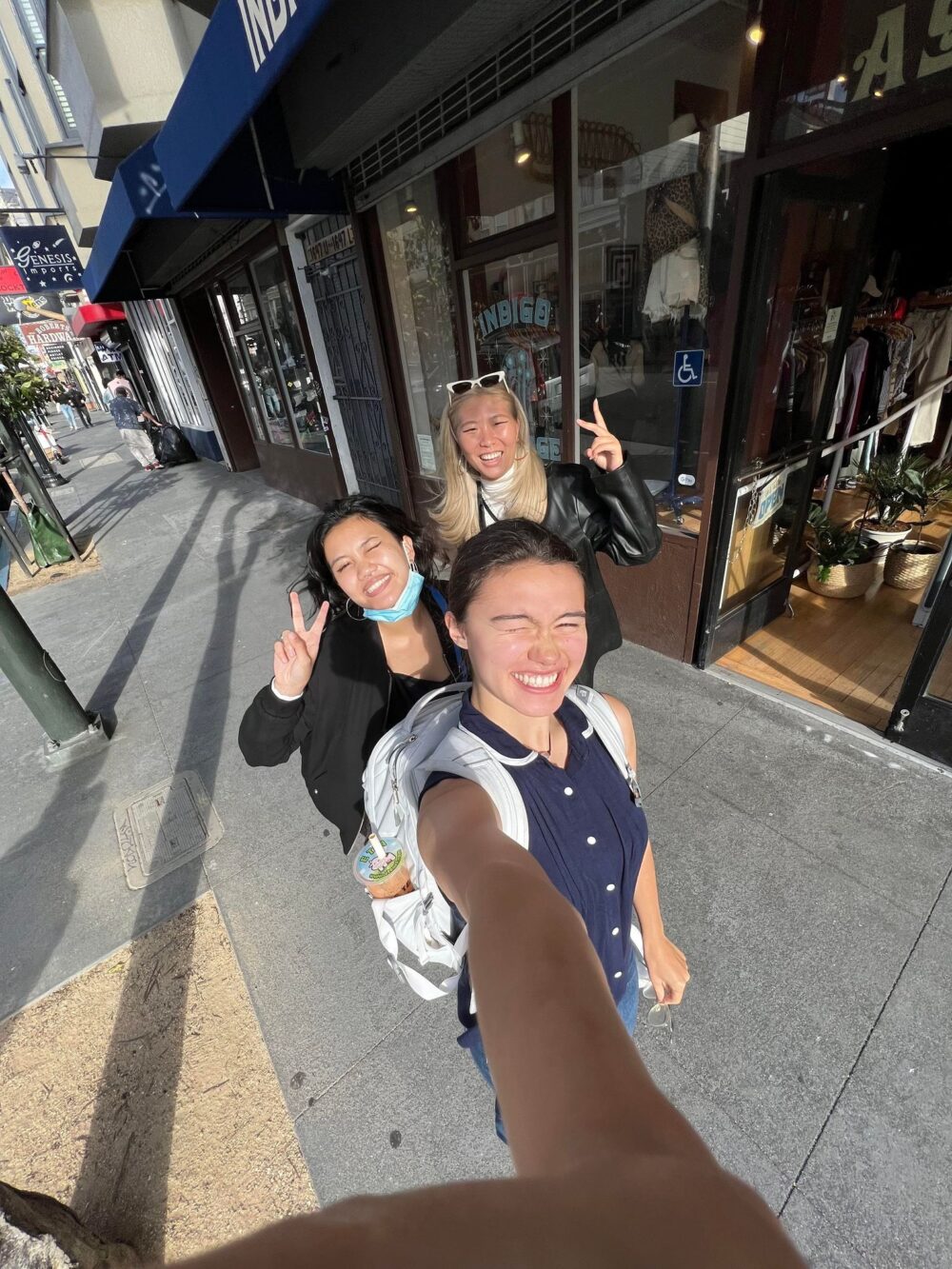 The Warriors happened to win the NBA championship while I’m in San Francisco so here’s us going to the Warriors Parade. It was kind of just okay. 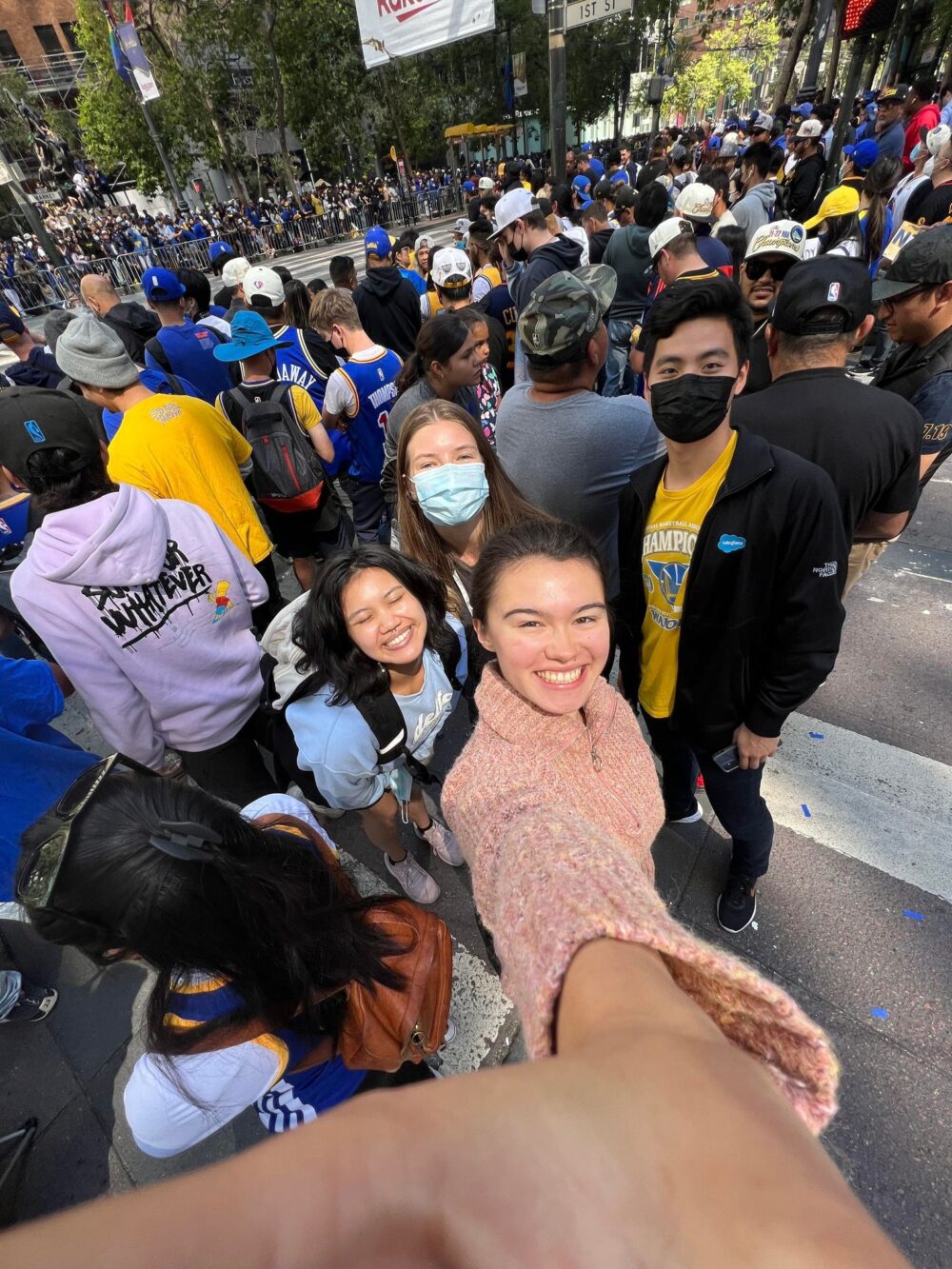 I went to a concert by myself! I’ve been doing this for a while but I got last minute pit tickets to see 5 Seconds of Summer in concert. I took an Uber to the Concord Pavillion which was about an hour out of SF with traffic. I waited in the pit from 5pm to 7pm and got decent standing room. Here’s a photo of me in front of the stage. 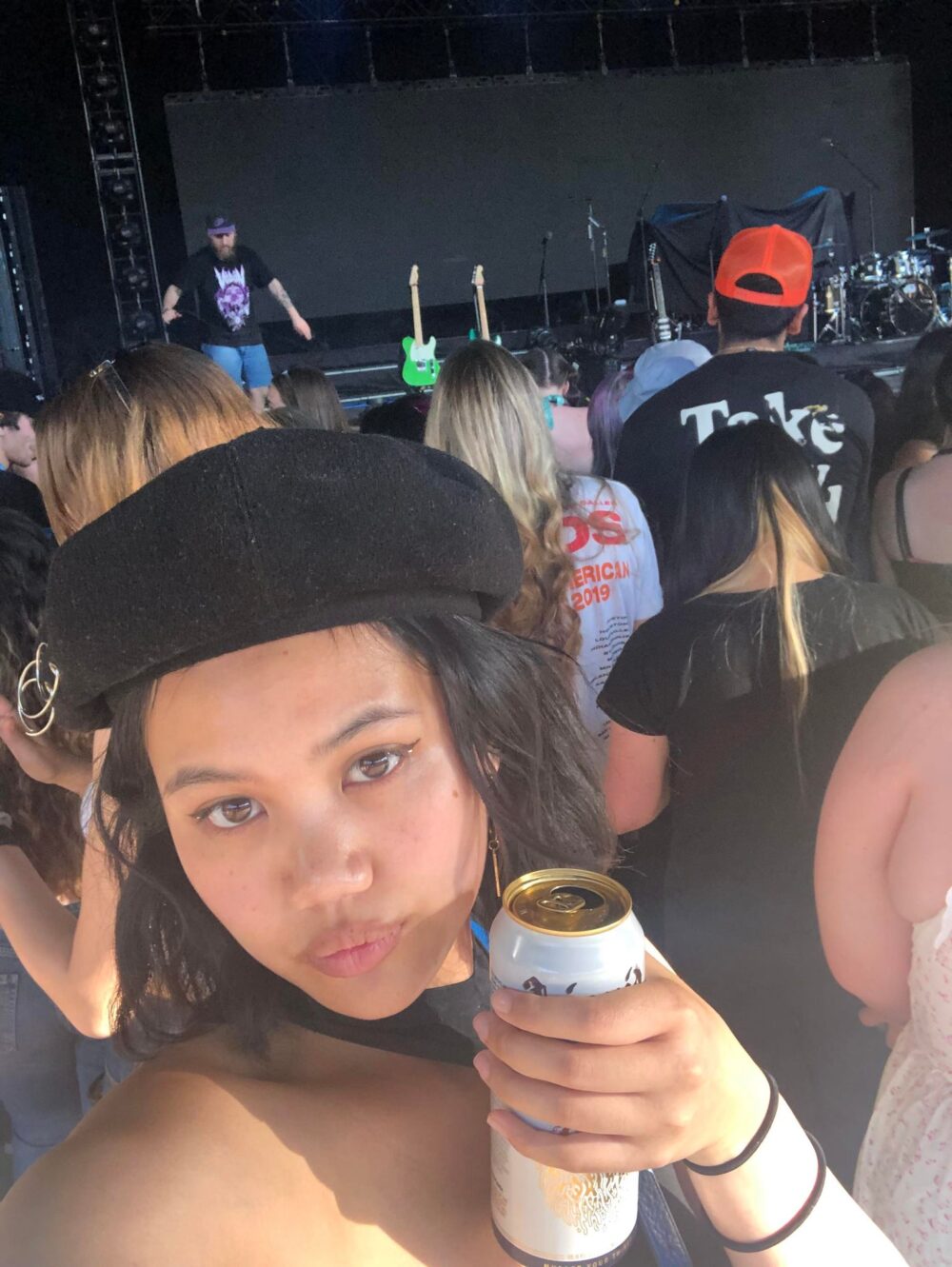 At the end of concerts, musicians usually throw out their guitar picks and drumsticks. It’s a nice keepsake from the concert if you’re lucky enough to get one. 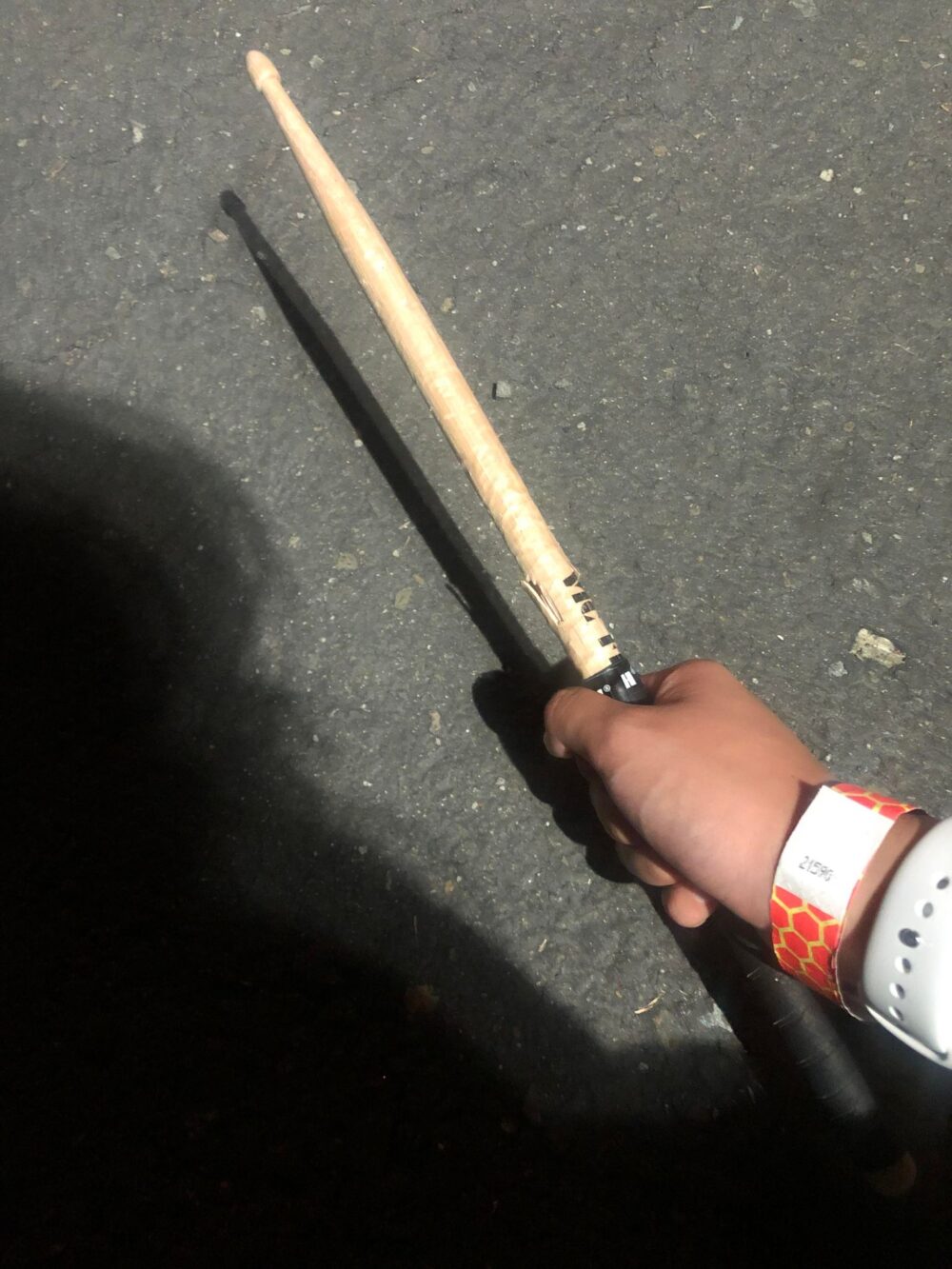 I cried. Like legitimately cried. This was my third time seeing 5SOS in concert and they’ve been such a comforting band for me so I was really happy to get something from the concert.

My company gives us Volunteering Time Off and so once every two weeks, my intern cohort and I go somewhere to volunteer. This day, we went to the zoo! I cleaned up a bear pen by removing bad weeds! It was fun. 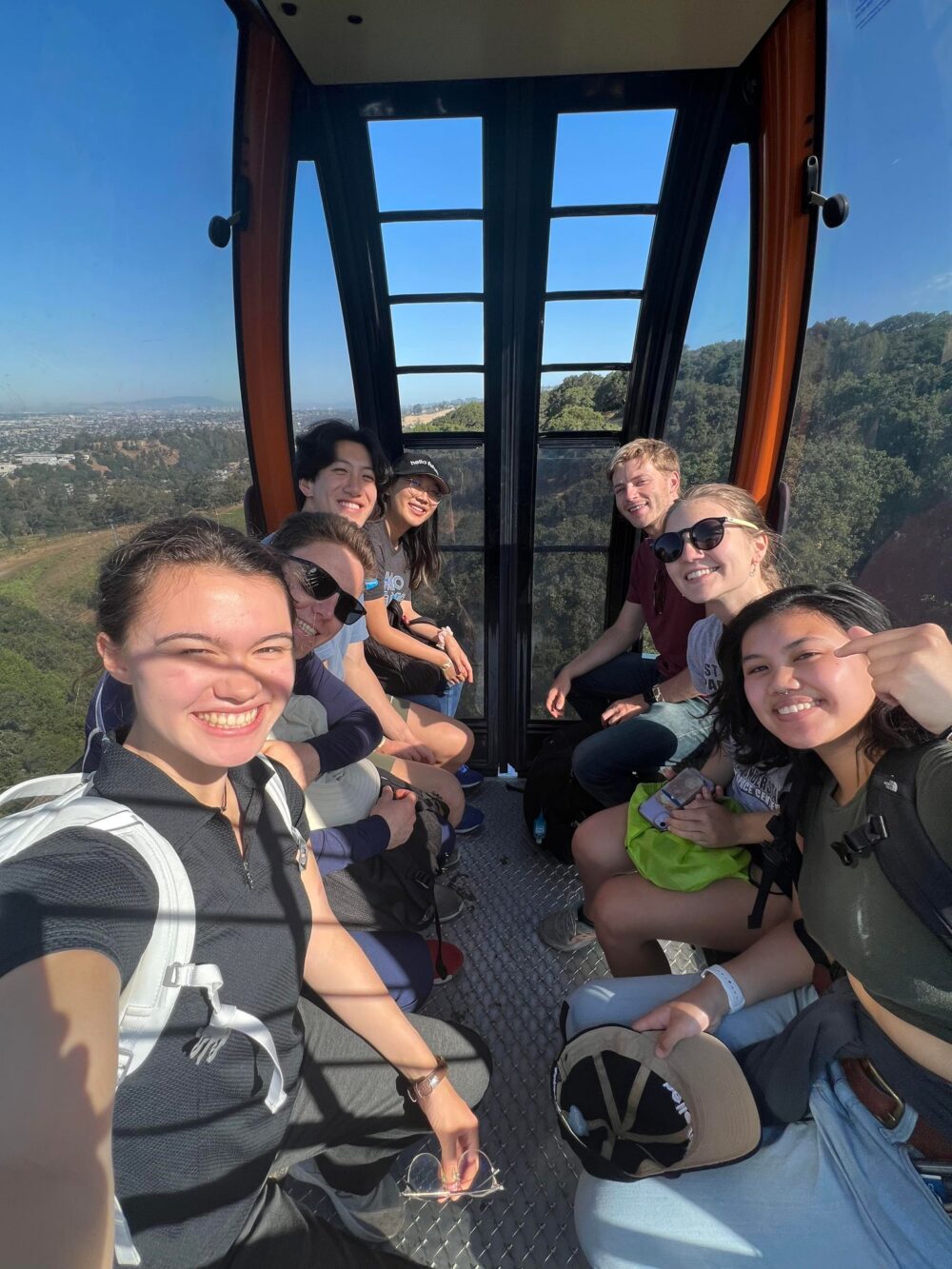 and speaking of internships..

i’ve been doing my first in person internship

It’s certainly something. I like my cohort. I like the routine of a 9-5. It’s just taken a lot of adjustment. I’ve been somewhat stressed out trying to figure out what I want to do after college and I’m gaining a lot of insight of what I want out of a fulltime position through this internship.

and i’ve been doing a lot of reflection.

I’ve been spending a lot of time on my own as a symptom of living alone. And it’s been really nice and peaceful to kind of just spend time by myself. I thought I couldn’t live on my own or that I would be lonely, but really I find that I am perfectly fine living my own independent life.

I’ve tried so many new things in SF, but also have found joy in just sitting at home with a bunch of snacks and watching some Dimension 20.⁠01 Dungeons and Dragons show

I don’t really have anything else insightful to say aside from: I am proud of myself for going on this journey of self discovery this summer. It may not be the most fun or exciting summer, but it’s one that is still just as necessary as all the other summers I’ve had in college. And I’m excited for the rest of it.