some warmth on a cold decisiony day by Shuli J. '22

As I’m sure those of you to whom this post is relevant will not need to be reminded, it is that time of year: the time when tensions run high, decisions are coming soon, and everyone is hella stressed. (In case you missed it, which I’m pretty sure you didn’t, MIT EA comes out this Saturday at 12.15 pm.) Last year, this was me — and funnily enough, although the beginning of this semester feels like a blurry, faded memory from years ago, I remember the week of EA decisions⁠01 Note: it wasn't MIT I was waiting on... but that's a story for another time. vividly, as though it’s only been a month. 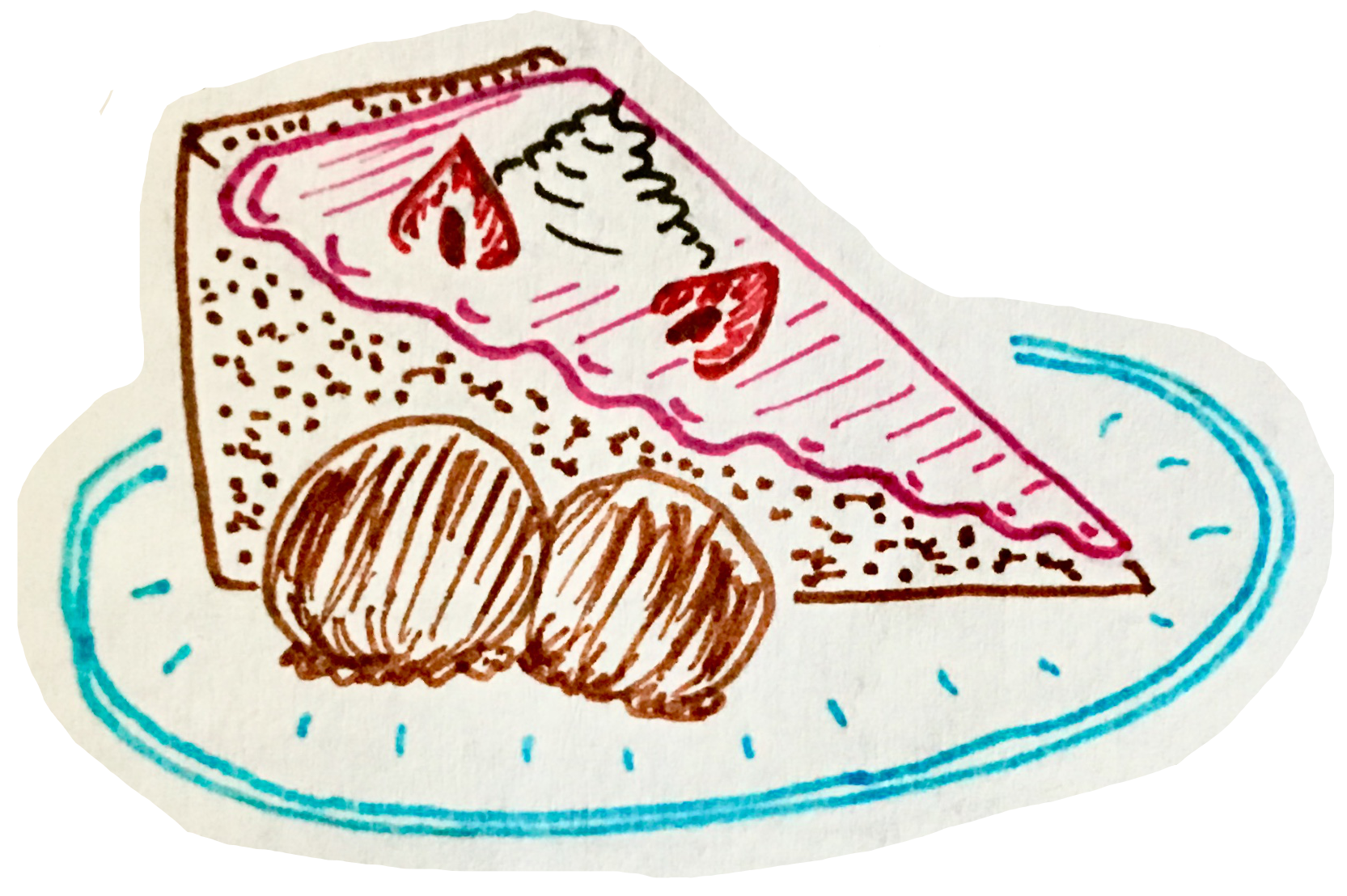 I knew I would be nervous when the time came, because who wouldn’t be? My usual defense in this kind of situation (aka any kind of situation) is to make lots of plans, so I had ’em ready in spades: I imagined, as realistically as I could, how it would feel to be rejected so that the emotion wouldn’t come as a shock. I told my parents that I wanted to open my decision alone so we could get the argument out of the way in advance. I googled for various rejection letters so that I would be able to recognize mine immediately and wouldn’t have to keep reading as my stomach sank. I decided on a restaurant to go to (a fancy, really good dessert place), which would be a consolation or a celebration as needed.

I thought all these plans would be enough,⁠02 BTW, if you think this is kind of extra, ask Elissa what she did before her decision! and they were, for the day of. I felt way less stressed than I thought and the whole thing went off really smoothly. BUT: I hadn’t thought at all about how I would feel in the days leading up to the decision. And dear reader, I was super rekt. Consciously, I was dealing with it: I tried to occupy my attention with other things, like all the extracurriculars I’d overcommitted to, and tell myself that everything would be fine (which was true). But subconsciously, nothing helped. I just felt awful — and I felt sabotaged by my body, which refused to obey my mind. 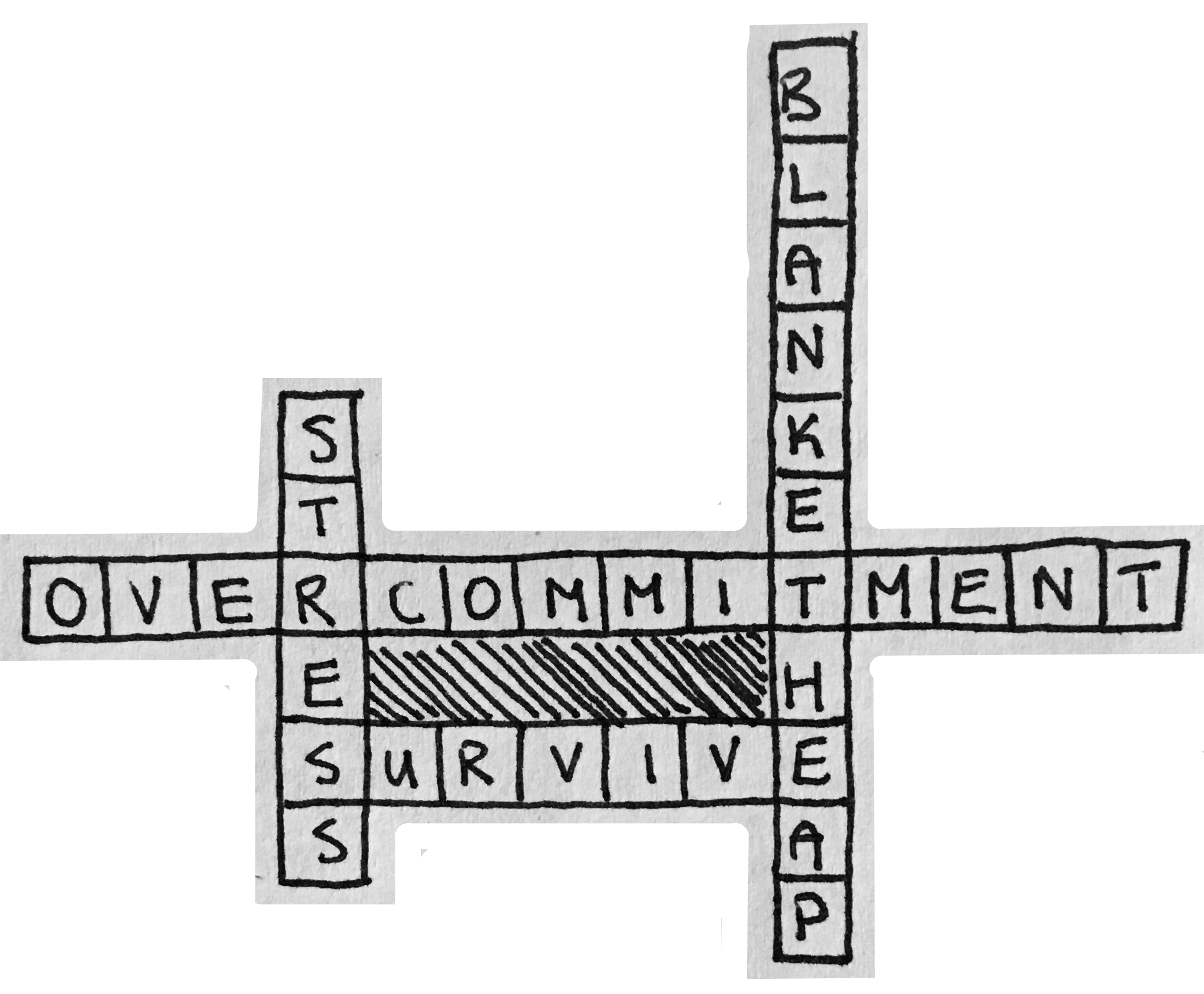 The day before decisions came out, I had a full day of school; afterwards, I had planned to split my time between two extracurriculars. On my way to the first one, I realized I just couldn’t do it. I didn’t want to do anything; I wanted to crawl into a hole and never emerge. I flagged down one of my co-presidents, told them I was feeling sick, and headed to my other extracurricular, where I proceeded to sit on the ground for an hour and then go home. At home, the first thing I did was collapse on my couch and burrow under two blankets. I had a lot of work to do that night, according to my to-do list, but I didn’t manage to do any of it. Instead, my mom came and sat next to me, and we did New York Times crosswords from under my blanket heap. 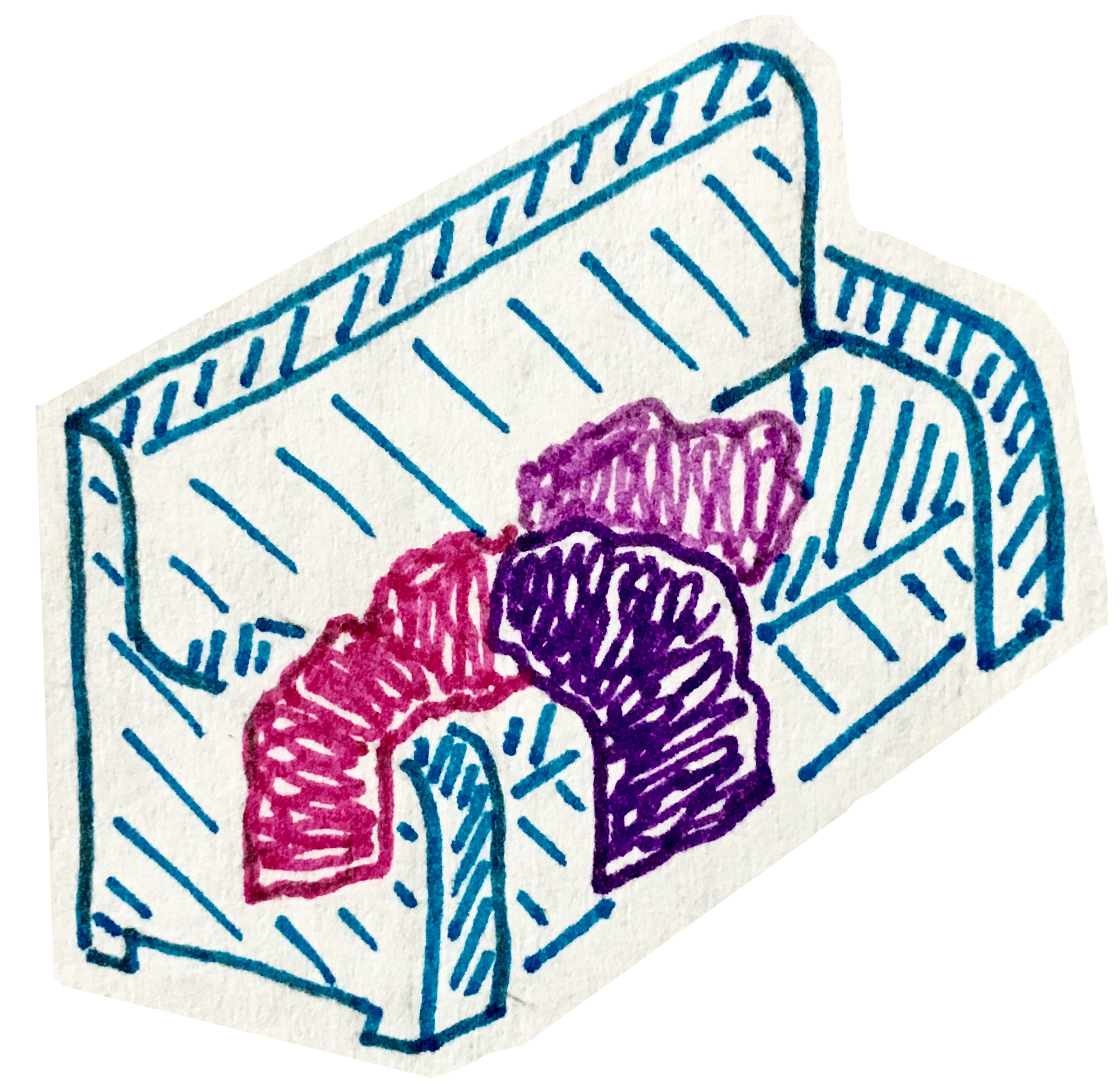 I survived that night, and the ton of missed work I had to deal with afterwards, but man, it really sucked. My mom helped,⁠03 shoutout to my parents, the real heroes of any story I'm in the blankets helped, and the crosswords helped — but ultimately what I needed was to just cut myself some slack. I could have forced myself to go to both extracurriculars and pretend I felt great, but I probably would’ve felt even worse by the time I got home. Some days, you just can’t do it, and it’s not a negative reflection on you that you can’t always be running at 100%. Some days, you need two or three or five blankets and to lie on the couch for eight hours, and while that’s not a great plan for every day, it can be incredibly rejuvenating when used correctly.

In fact, this seems to be the answer to many more things in life than I would have expected: in your first semester of college and can’t figure out why you keep forgetting things you never did in high school, like turning in psets? Cut yourself some slack (and if you send a polite and apologetic email to your professor, they probably will too). In your not-first semester and tired of 17-hour days? Cut yourself some slack and drop a class (three cheers for Afeefah for being able to make the leap!)

This can be super hard — like, super hard, which is maybe why I was so overcommitted for that rough senior year. For driven people, for perfectionists, for those who like to keep themselves busy,⁠04 Not to @ literally every MIT student it rankles to have to take time off when you feel like you shouldn’t need to. But I’ve been learning there are some things you can’t fight, like the fact that there are only 24 hours in the day and that sometimes, your body will tell you we’re done now, and you will have to listen.

I have very vivid bad memories from that week exactly one year ago, but I also have good ones — and they’re not of my decision, but of the time I got to spend with my family. ((Brief tangent: at another school’s CPW equivalent, I attended a panel with current freshmen as panellists. A prefrosh asked them to name one thing they wished they’d done more the summer before college. One guy’s answer, which lowkey brought tears to my eyes, was “hugged my mother more.” It’s so true and now that I can’t hug my parents every day, I wish I’d stocked up before I left.))

In the end, I didn’t end up going to that school, or even really liking it that much. My EA decision had no impact on my long-term future, despite how it affected my life that month. That doesn’t mean that I shouldn’t have felt the way I did, but it adds another level of perspective. I can no longer remember my senior year grades, what exactly was planned for the extracurriculars I didn’t show up to that day, or even, sort of, why I thought I would fit well at that school. But I remember the good parts where I made myself happier, and that’s all that I’ll carry forward with me.

To all of you: I have no doubt that you will get through this time to the fantastic senior spring on the other side, and beyond, to the future filled with awesome stuff and learning that is waiting for you no matter what. But for now, don’t feel like you have to pretend that everything is just fine. Take time for yourself and the people you love, and for blankets or cocoa or whatever makes you feel warm inside. You’ve made it this far, and that means — really, it does — it means you deserve it. <3