I chose to stay on-campus this summer because I knew that if I went home, I’d just be playing Minecraft all day. So I set myself a basic summer plan: (1) UROP⁠01 Undergraduate Research Opportunities Program  with the Tangible Media Group (TMG) at the MIT Media Lab, (2) Going through MIT OpenCourseWare content to make my fall semester a little less hellish, and (3) exploring Boston and Cambridge.

I’ve actually been involved in TMG since the spring semester, but without any exams to worry about, I can now put my UROP in the center of my schedule. I used to watch a lot of the Media Lab’s content back in middle school—specifically most of TMG’s projects—so being able to work inside it this summer is living a fangirl’s dream. 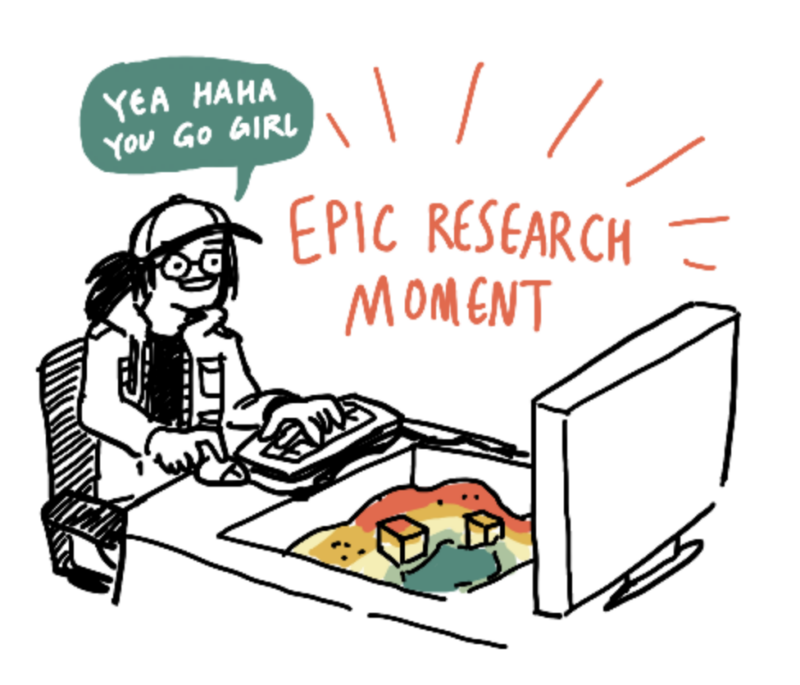 I’m working with a TMG project called SandScape, where you have this tray of beads or “sand” that you can manipulate. A sensor above generates a 3D model of the sand, and it changes when you change the sand itself. The idea is that you’re making your own landscape (hence the “Scape” in SandScape) inside of this sandbox, and the software creates an animated topological map that changes whenever you change what’s in the tray.

(Fun fact: This specific 2002 exhibit is about as old as I am, so it’s kind of like I’m working with someone my age.)

The 3D model is generated by openFrameworks, which is the first time I’ve ever properly looked at C++. I spend time tweaking the code to make the 3D display more accurate to what’s in the sandbox.

The overarching goal of my UROP is to help preserve the projects that TMG has created. Not only am I fine-tuning the software for SandScape, but I’m also going to start updating the code next week for a different project called TRANSFORM so that it can run on new hardware. TRANSFORM is this beast:

Pretty cool! I enjoy my UROP a lot, and I love being around so many amazing people at the lab.

I’m going through the lectures for 6.1200 (formerly 6.042), or Mathematics for Computer Science. This is so I don’t get absolutely crushed during my fall semester when I have to take it as a class. If everything goes to plan, I’m also going through 6.1210 (formerly 6.006), or Introduction to Algorithms afterwards. I’m not trying to master either of these before my sophomore year, I just want to familiarize myself with the content and know what I’m getting into.

I’ve never learned how to do mathematical proofs, so sometimes it’s intimidating when the professor mentions some mathematical concept and asks if the students have heard of it, and a good amount of people in the video raise their hands. But hey, I’m here to learn, right? I didn’t come here to already know these things.

I honestly like the 6.1200/6.042 content so far. And even if I don’t 100% know what’s going on with the class material sometimes, going through one recorded lecture a day along with my UROP keeps me on a schedule that leaves me feeling like I’m accomplishing something every day.

I couldn’t explore Boston and Cambridge as much as I would’ve liked during the school year, so that’s one of my goals for this summer.

After announcing to my roommates that I was “going to a dead guy’s house,” I visited the house of poet Henry Wadsworth Longfellow and stayed in the garden for a little bit before signing myself up for a free guided tour. The whole thing threw me back to when I used to actually read back in middle school, and it motivated me to buy a collection of short stories called Will You Please Be Quiet, Please? by one of my favorite authors Raymond Carver. I’m proud to say that I read a total of not one, not three, but TWO short stories.

I also visited Salem this past Sunday with family friends. I definitely want to go back someday. It’s like someone took the small New England town vibe from Gilmore Girls and combined it with Halloweentown. There was this one shop that had these creepy props of killer clowns and two-headed babies in jars, so that was neat. And I got these guys as a gift: 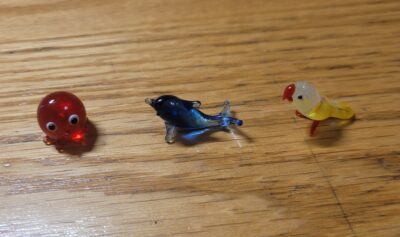 from left to right: Charles, Harper, and Ned

Other than that, I’ve been drawing a lot lately and listening to music. I got a sweet view of the Charles River from my summer housing assignment in MacGregor, and I can see “GO C’s” projected on the Prudential Tower from the other side, for the Boston Celtics playing in the NBA Finals tonight. I’m heading to a skate shop this weekend so I can learn how to skateboard before the semester starts. Summer’s good so far. 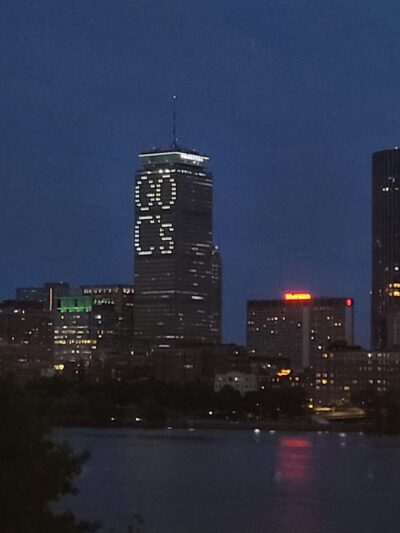