The Month of Novembeard by Chris Peterson SM '13

We often discuss diversity here at MITAdmissions: specifically, the importance of having many cultures and learning from them. Today, I would like to share a bit of my own culture with you. It is, in fact, my home state of New Hampshire’s greatest, and most revered, cultural practice: the annual growth of the Novembeard.

The rituals of No-Shave-November, as practiced by natives of New Hampshire, are sacred, but simple:

Please note that No-Shave-November is similar to, but distinct from, Movember, an Australian variant of the practice that focuses exclusively on the area of the face located below the nose and above the upper lip. As I often told my college roommate, who was from Adelaide: nice try. As a cosmopolitan, sophisticated friend of the world, I welcome their naive, childlike interest; as a High Priest of the Temple Of The Novembeard, I must denounce their heresy. Like putting beets on burgers, this is simply a case in which Australia got it backwards (or perhaps upside down).

My Novembeard is now 20 days old, and I am happy to share my current advanced state of cultural observance with you: 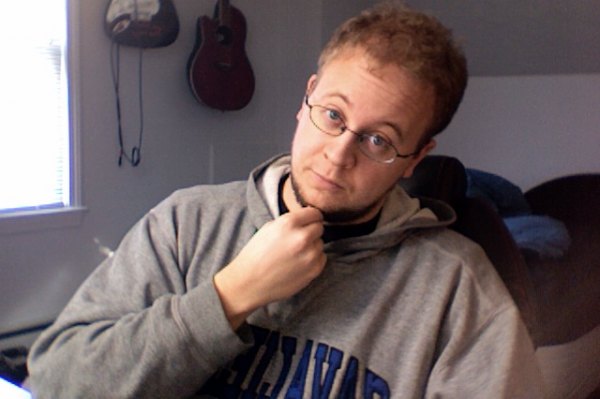 Now, you may say, “but Chris, that’s hardly a beard at all!! It looks like a very flat baby sloth is hugging the underside of your chin.” Of course, you saying that would but betray your understandable, adorable, but nevertheless lamentable, understanding of proper production of a Novembeard.

It is true that my beard appears to be growing only my neck, like a dank bread mold on the underside of a loaf hidden at the back of the supermarket shelf. This is, however, a cultivation (and not just in the bacterial sense). You see, though it is impossible to see in this photo, I actually do have hair on my face, and beneath my nose. It’s just blond, even blonder than the hair on my head. I do not know why this happens, but my going theory is that when those brave pioneers of hair peek cross the boundary of my jawbone onto the vast plain of my face, they become struck, instantly, by its almost insurpassable beauty. Most are not brave enough to venture forth, and those that do are struck, like a young child who has seen a ghost, white with shock at how good looking the ground from which they sprout is. I am like a great lion, tawny and magnificent in my visage, king of all I survey. 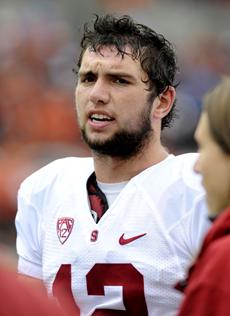 This is unquestionably a tribute to me, personally, and to the leadership I have shown in the realm of proper beards. It is indeed through my pioneering work in the field that  Andrew Luck has become the most highly acclaimed college quarterback since Peyton Manning. While I have done so much for Andrew, I ask almost nothing in return. What’s that, Andrew? You’d like to give me your signing bonus after holding out until the Patriots draft you to eventually replace Tom Brady in five years when he goes off to retire with Giselle? Why I couldn’t possibly…well if you insist…

Where was I. Ah yes, Novembeard.

Though Ben and Stu once grew beards throughout a reading season, I am, to my knowledge, the only native Novembearder the office has had. You might ask – what do my fellow admissions officers think of my Novembeard? I am sadly unable to know. Few address it, or indeed are able to bring themselves to even gaze upon its magnificence. Just the other day, Mikey became physically ill after I asked him to take a closer look. Like the end of Raiders of the Lost Ark, a heathen like he could not bear my beauty.

A Novembeard can, in this way, be a burden, as few around you are of such refined intelligence and aesthetics to appreciate it. Indeed, the life of a monk in the Church of the Novembeard is a lonely, unshaven one, but it is beautiful and transcendent too. It allows you to ask important questions, like “Who am I? Why am I here? When will my neck stop itching?”

With ten days to go in my annual observance, I am glad to have brought some of my culture to yours. As we say in New Hampshire: “ahhh shaaw”, and go in peace.

23 responses to “The Month of Novembeard”