i took an art class

This summer, I took an art class through the Student Art Association at MIT. These classes aren’t for credit and if you’re an undergraduate student, you can become an Art Scholar and receive a scholarship for a class. (I keep putting off my Art Scholar application, so alas, I did not have a scholarship.)

I missed drawing. I used to draw a lot as a kid; I got in trouble a few times for doodling on my desk. But during my time in college, I never took a visual arts class, despite looking through the Harvard and Mass Art catalogues several times. I guess there was so much else to learn.

But in the last year or so, the old dream of doing a picture book or a graphic novel or something in that nature started prickling in the back of my mind again. When I was in middle school, I wanted to make my own manga. A few years ago, I took CMS.301, Critical Worldbuilding, and my final project had been a comic strip. It was only a few pages, but it still took 60 hours to make. I felt like being a writer and an MIT student concurrently was doable, but I didn’t think an extensive project like a graphic novel was doable during school.

Still, I had time this summer, and I was in Cambridge. So I signed up for Alternative Explorations of Drawing (Advanced), even though I wasn’t sure how (Advanced) I actually was.

Our instruction, Timmy, was fantastic. He led several workshops in creating different marks using our supplies, which offered me a new perspective on what it means to put something down on the page. It turned out he likes coding, too, and he showed us some of his computer-generated artistic creations which were really cool.

At the beginning, I actually got pretty anxious glancing around at other people’s easels and realizing that my classmates were better than me. It’s not like I ever thought I was a professional artist, but I was hit with the familiar panic of damn am I the worst person in this room?? which I’ve often felt at MIT. Then I reminded myself that this is supposed to be an art class for fun and nobody else was actually judging me for being bad at drawing (and even if they were, it didn’t matter).

One of the suggested art supplies to purchase was a small sketchbook for daily use. I didn’t end up using it much, but here’s a water bottle I drew one morning. 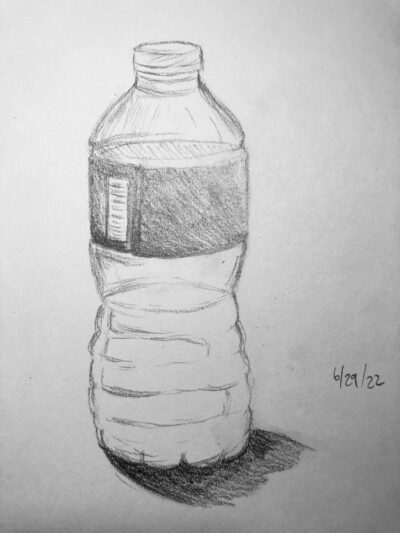 One of our first tasks was to draw a display of white ceramic vessels, but with only an eraser This meant we had to cover our entire paper in charcoal, then tease out the shapes by using an eraser. 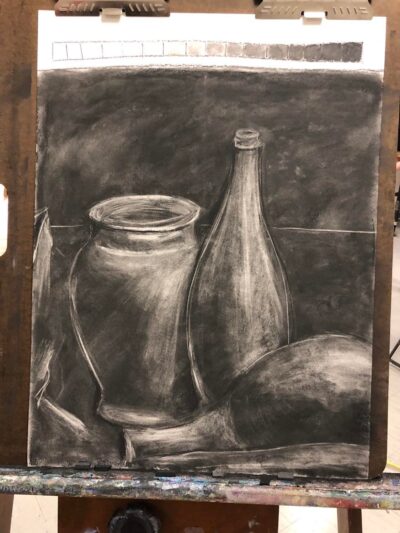 For our first extensive assignment, Timmy asked us to do a self-portrait, but he encouraged us to use creativity to do some kind of abstraction. Here’s the photo I used as a reference: 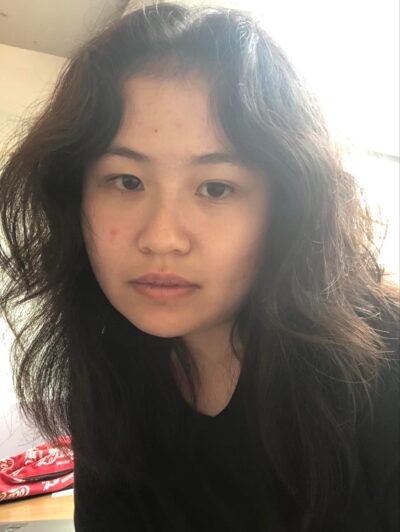 little-known fact about me: my hair is naturally wavy! i often flat-iron it

I also was inspired by a racist, sexist meme apparently created by incels, which relies on dangerous tropes surrounding East Asian women and their supposed docility. I don’t want to sully MIT Admissions with the image, but if you’d like to see it, it’s here.

This is the finished portrait: 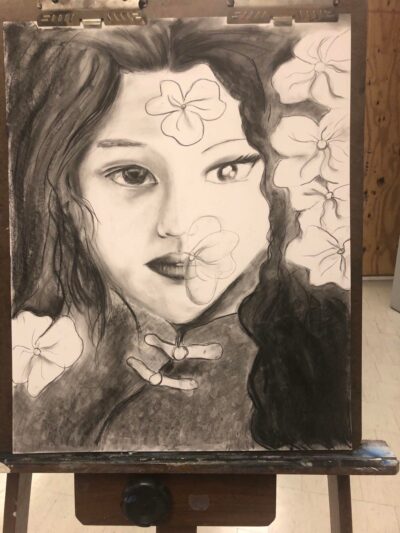 my friend described this as “rona, yassified”

For our final project, we had the freedom to draw whatever we wanted. I stared at the blank piece of bristol paper and thought about what’s been on my mind lately. Time, I thought. The linearity of time, capitalism, a sentence I read recently about how time is like a dove flitting outside a car window and if you don’t reach out to catch it, somebody else will. As a child, my mother always yelled, “抓緊!” to me, which literally translates to grab tightly but which she meant as, manage your time well. So I ended up drawing the following: 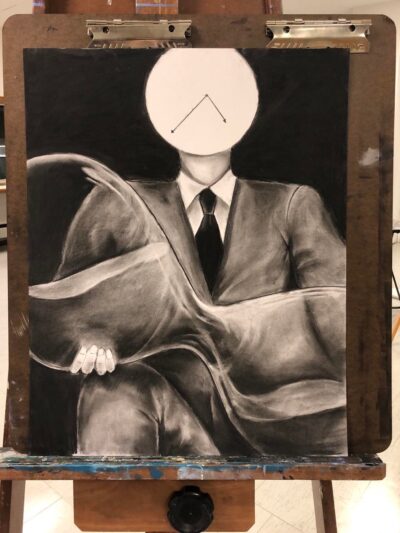 the pose is inspired by Michelangelo’s Pietà, which depicts Mary holding Jesus after the Crucifixion

This one is my favorite.

This class reminded me of how much joy there is in the process of artmaking. I loved using my hands: rubbing charcoal dust into the paper, scrubbing a surface with an eraser, this conversation between me and whatever’s in front of me. I wish I had more of that at MIT.

If you’re interested in taking a class with the SAA, fall courses are open for sign-ups soon!