I’ve spent most of this summer in Cambridge, Massachusetts, staying in Women’s Independent Living Group (WILG).  These past few days, the heat wave has made even walking outdoors feel like swimming through a dryer. The ends of my hair have withered and splintered, and my face has broken out terribly due to an unfortunate combination of sunscreen and perspiration. I am probably not made for temperatures higher than eighty degrees Fahrenheit. Still, it’s my first summer spent almost completely in New England, and while the weather leaves much to be desired, there is still a lot of beauty to be found here. The sunshine drenches everything in ethereal paleness. People carry themselves more loosely now. Sometimes I can’t find a BlueBike because they’ve been all claimed, but even when that happens, I’m not upset, because it means others are experiencing the joy of sailing down the street with the wind at their backs. (It’s easier to be generous when I’m not rushing to class.)

Here’s what I’m doing this summer: 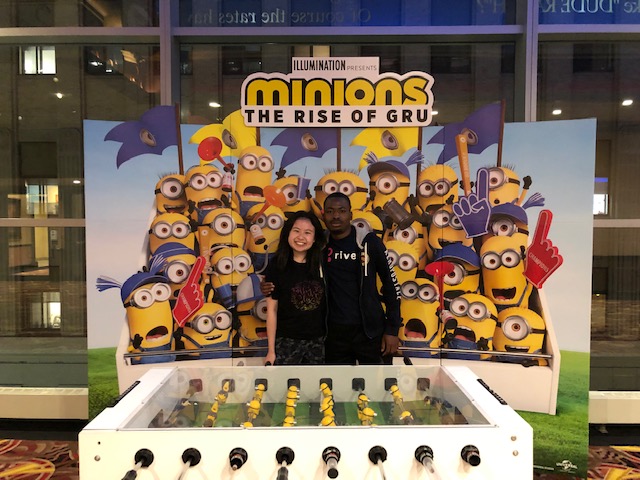 with Anj F. ’22. he hadn’t seen Despicable Me before so he was very confused about what language the minions speak