I am not sure about the rest of you guys, but when it comes to me I have a good amount of friends, but more often than not they are simply acquaintances. However, I do have a very small amount of special people in my life I can consider true friends. There are those people in your life that you respond to questions like “Did you think my mixtape was fire” with something like “haha that was honestly as hot as MIT will be in December, I am going to go get some food. Do you want some? Wait, nevermind, get your own food…… Oh and I took your iphone earlier because my phone was dead….. And I dropped your phone in the toilet. Sorry…. But not really.”

Now obviously if someone is like that to their “friends” we have two different definitions of the word. However, you know what I mean. They are simply people you can just be comfortable around because you have been so close for so long. You can talk about anything for hours, or you can say nothing and it isn’t awkward. Those people you can genuinely say are friends.

Normally this category stayed around something like 1-3 people for me. It was never a large number due to the fact that I moved quite often so, I never really got the chance to get superrrr close to people. This didn’t mean I didn’t have friends ( I did, I was insanely popular ;) ), but I just wasn’t that close to that many people. In all honesty, I thought things would be the exact same when I came to MIT. I would have a good amount of friends that I could go get lunch with, or maybe have a decent conversation with, but that’s not what I got at all. I would put these families into two groups: My dorm family and my new brotherhood.

For you guys that don’t know I live in the #1 dorm on all of MIT campus #BURTONCONNERORDEATH lolllll…. The best and only way I can describe Burt Conner is that it is the building equivalent of Barney Stinson (If you haven’t watched How I Met Your Mother you really should stop here take a few minutes and watch every episode). It seems very nice being on west campus snugly between Baker and New House, and you walk up to it like oh this seems like a nice building, but the more you slowly realize it is wayyy more than what you see at first. It is made up of basically any and every personality, and has the potential to take on each of these personalities to get the girl (in this case the girl here in this “quickly becoming complicated” metaphor is graduating from MIT. Think about it for a sec….. It makes sense just don’t think about it too much.)

(Sadly, this post isn’t really about Burton Conner as a whole. However, if that is what you are looking for check out this link).

Alright, I kind of got off on a tangent in that last paragraph, but I am back now lol…. My family that’s what I was talking about. Haha……. Okay yeah sooooo what you realize when you get to MIT is that you will never grow closer to a person, or people, than when you are up at 3 in the morning working on an 18.02 pset that has decided not to let you sleep. There is something special about a common struggle at an uncommon time. When these two factors come together something happens. People become genuine. It is wayyyy to early in the morning to keep up a “oh hi there I don’t know you that well” façade. In addition, there is still a common goal. This common goal brings together people when they are truly open. No longer do we respond with “Of course I will help you move your 5 room apartment at 7am, because we aren’t that close and that’s what friends are for.” Instead you get things like “lol oh look Ben is trying to make a video let’s all wave our hands through the camera” -___________- lol it is at these times when I am sleepy, slightly hungry, tad bit annoyed, and a little bit weird that I have come to grow closer with my floor than I have gotten with people that I have known for 20 times as long. I have truly come to love my floor, plain and simple, they have become my family and I wouldn’t replace that for any amount of sleep hahaha. 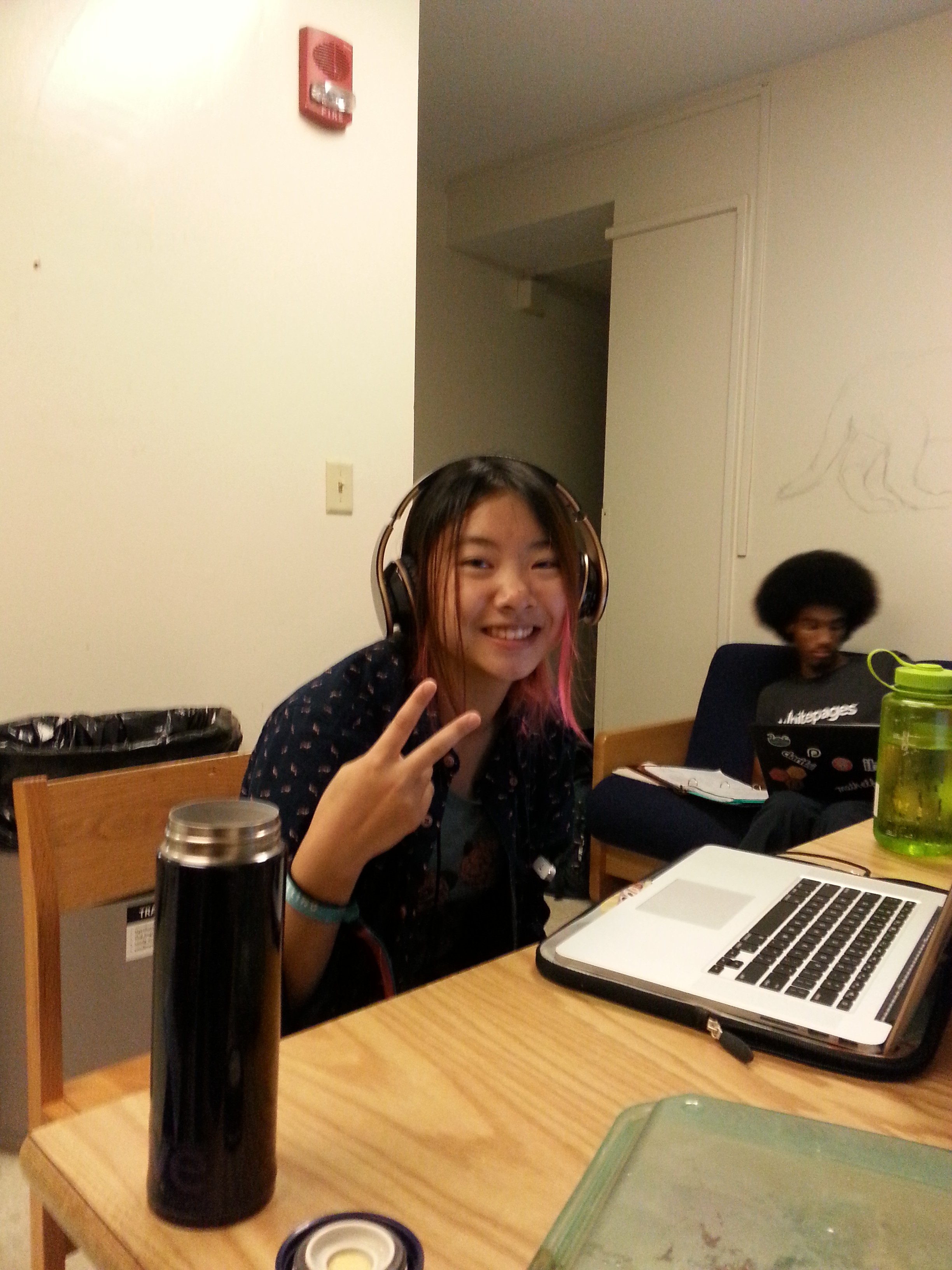 Pay close attention to the back wall…. If you see any artistic differences as you scroll down….
They are due to this girl. 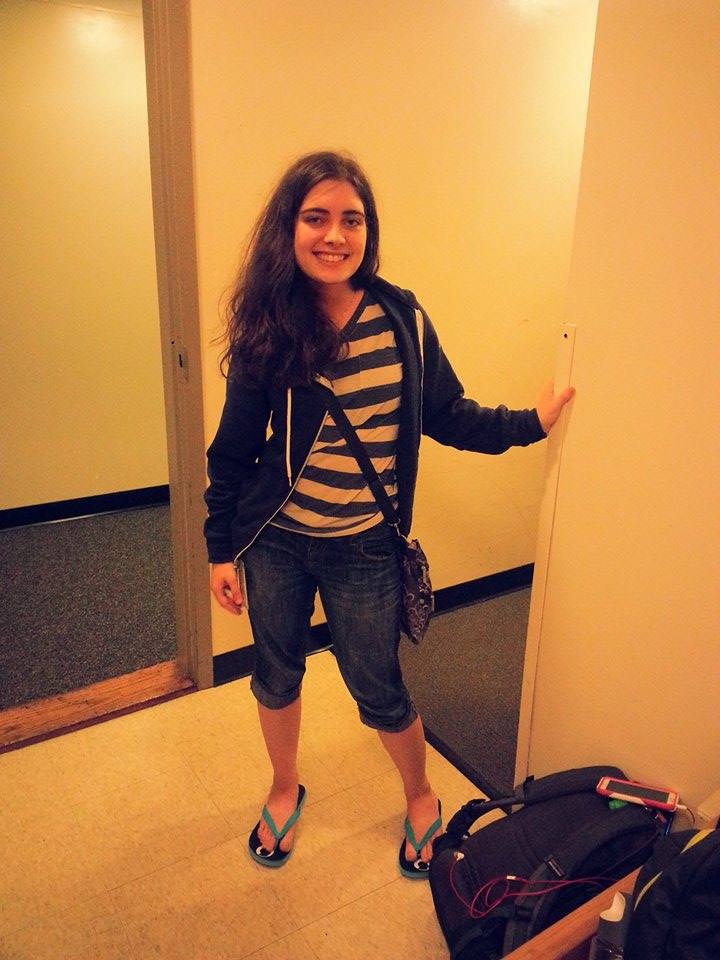 “I am wearing flip flops because the rain socked my socks.” 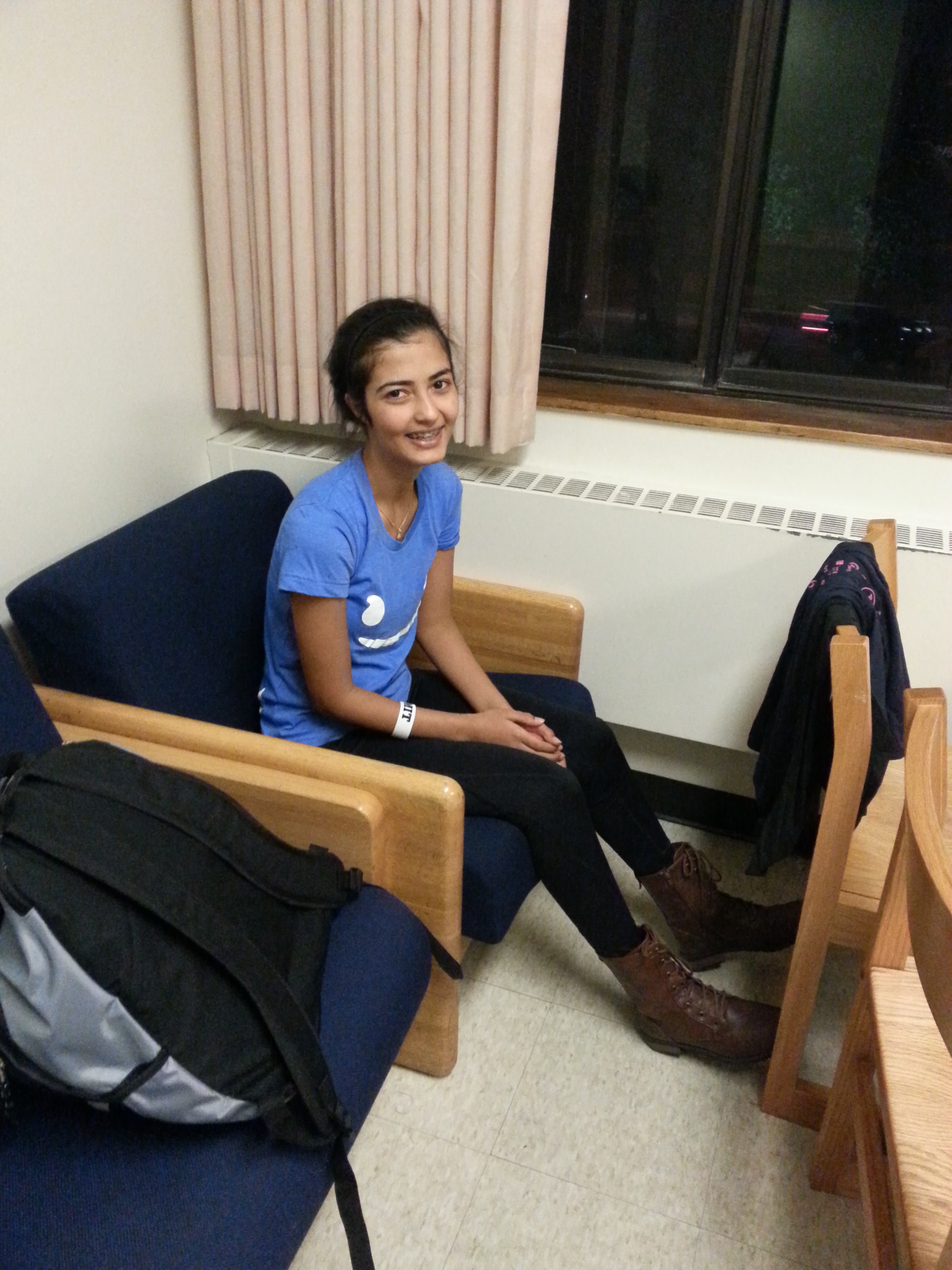 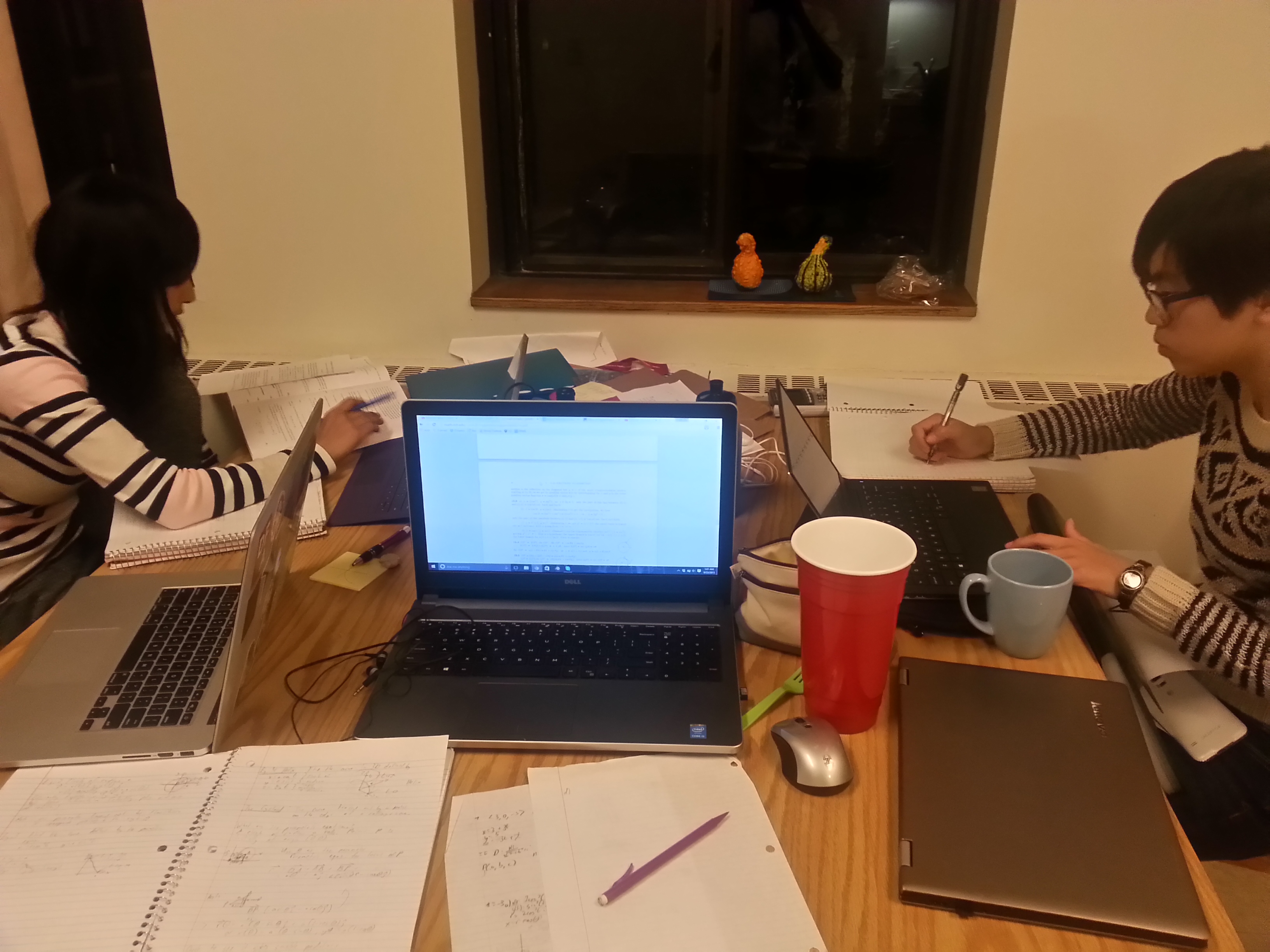 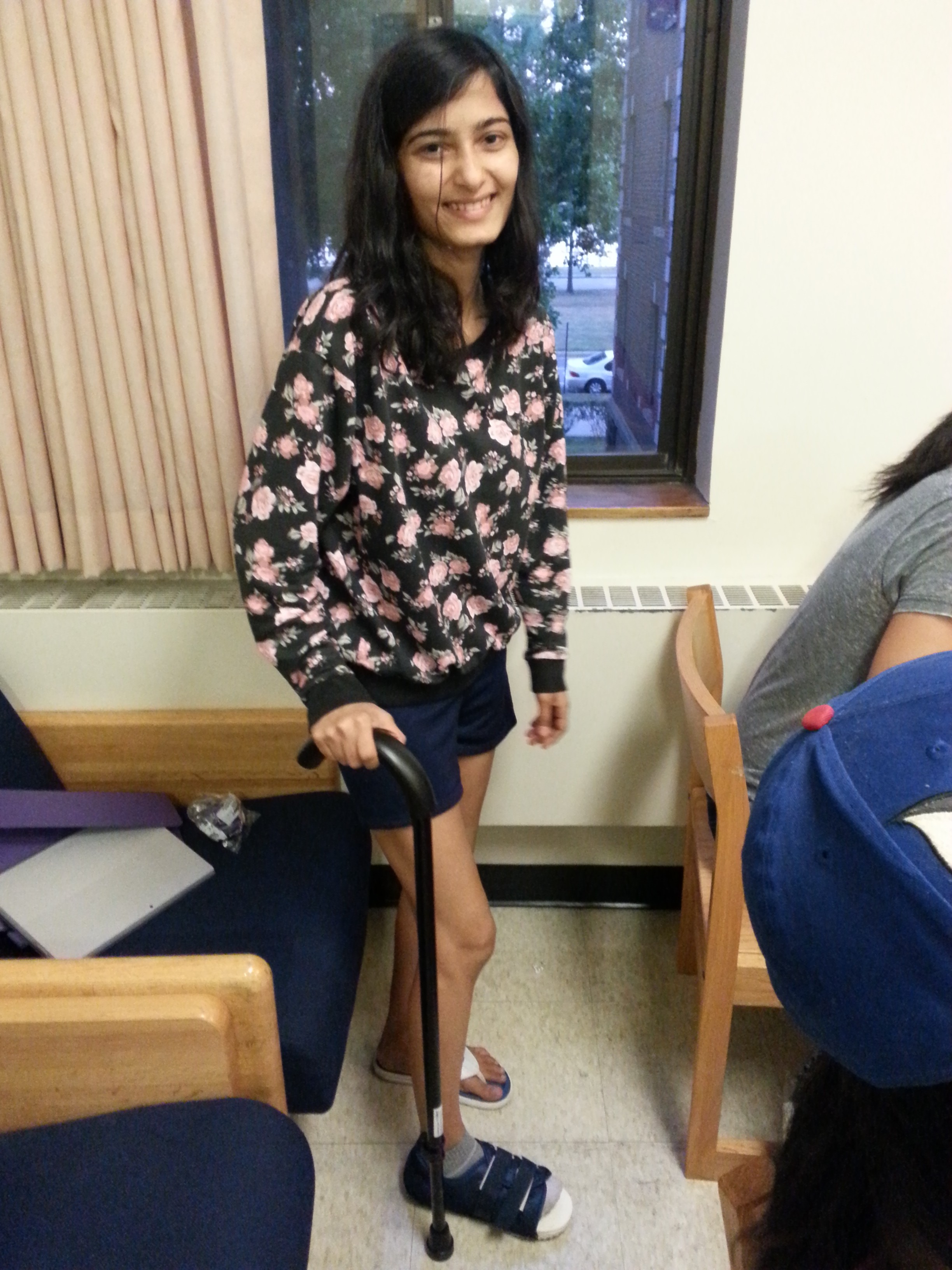 What p-sets will do to you….. Lol jk this is what happens when you try to skateboard. 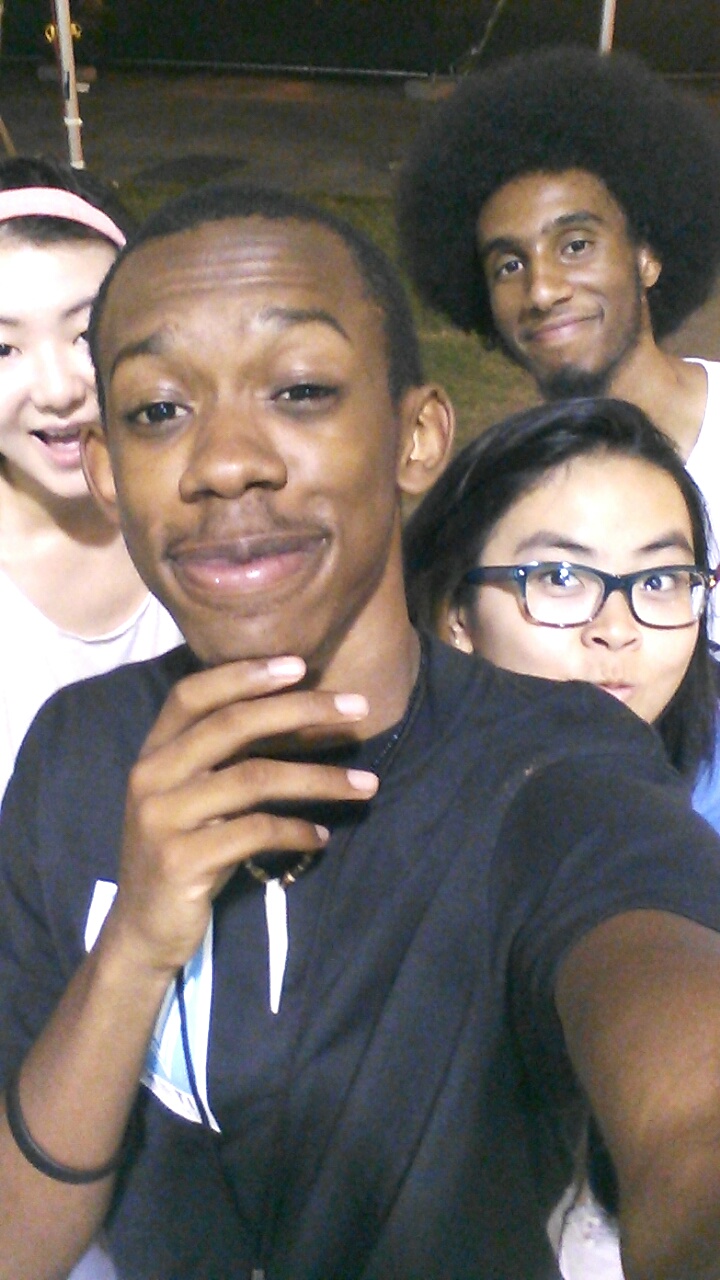 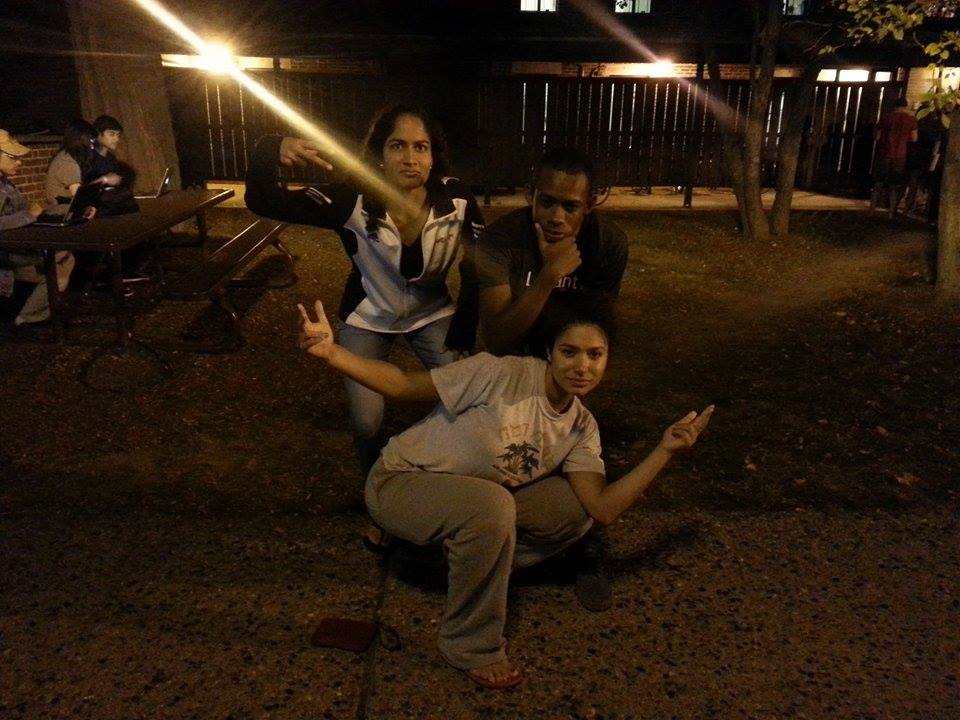 Long story short…… We had a fire drill and…… I don’t have to explain myself, Burton 2 is killing this picture. 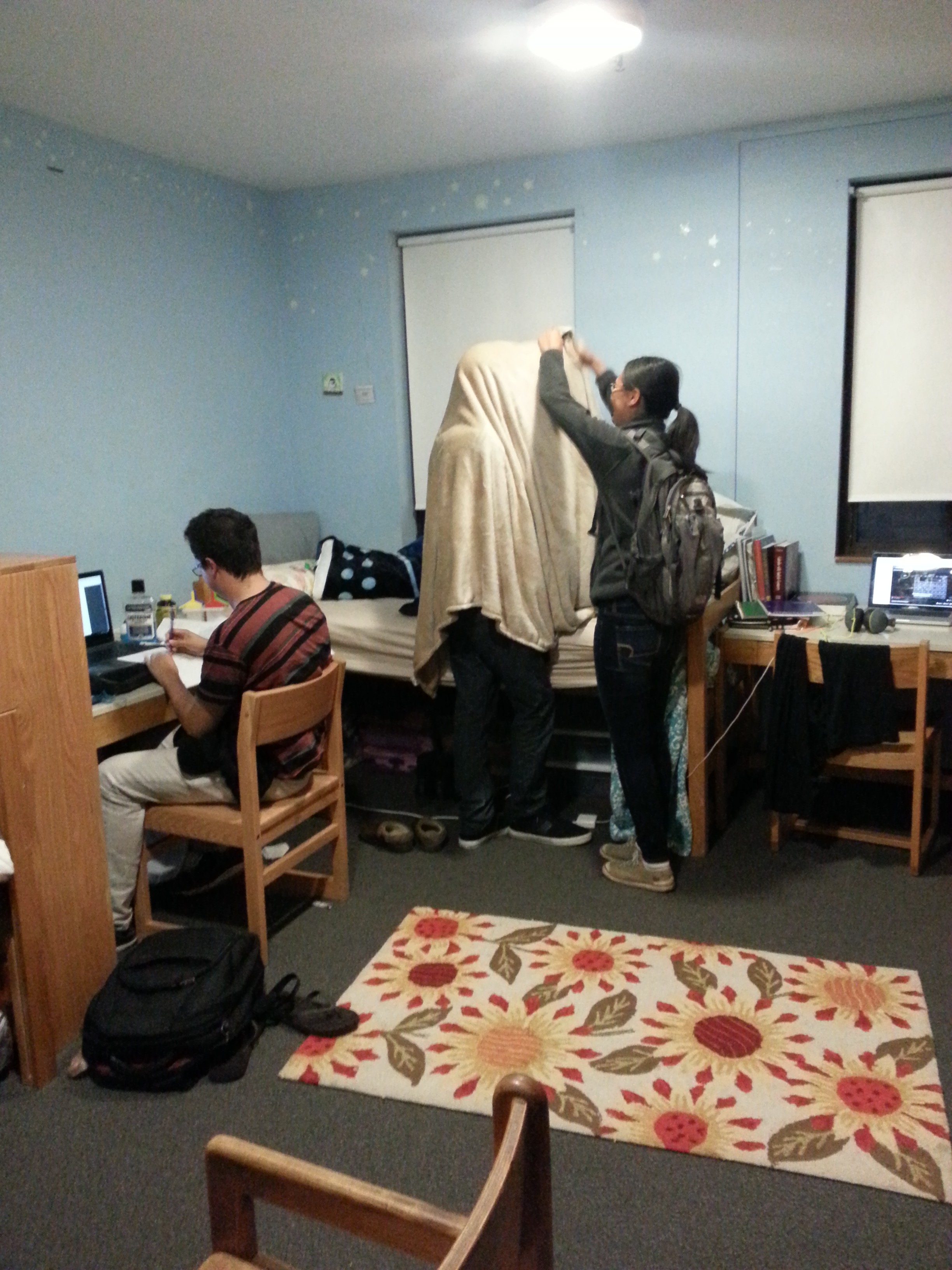 Again……. I don’t have to explain myself…… 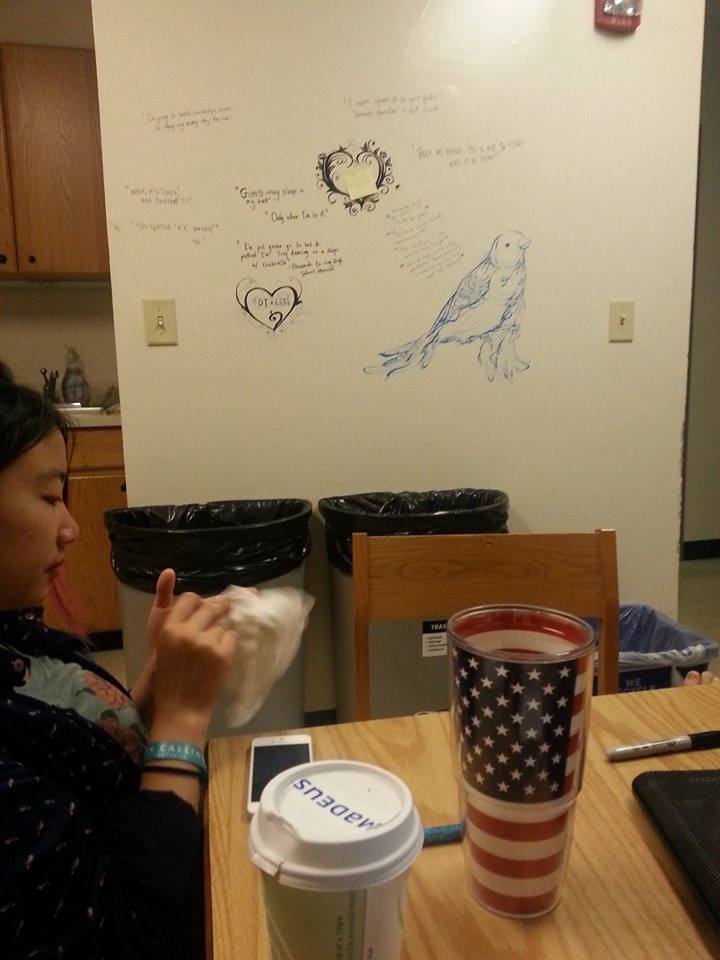 As I said…… it was this girl 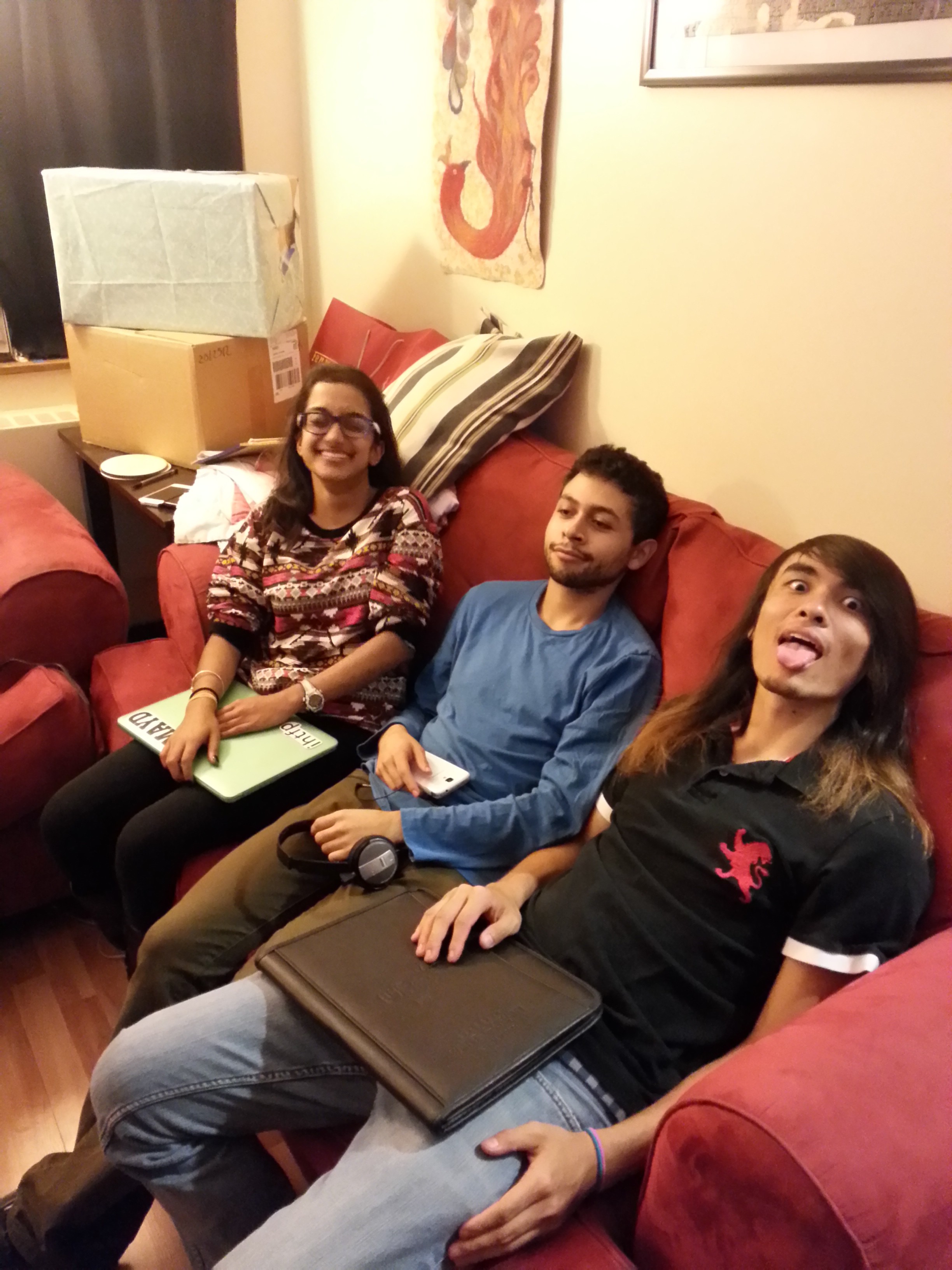 B2 getting together for the newest episode of the Big Bang Theory. My only problem
with this show is the fact that it is based at CalTech -_- 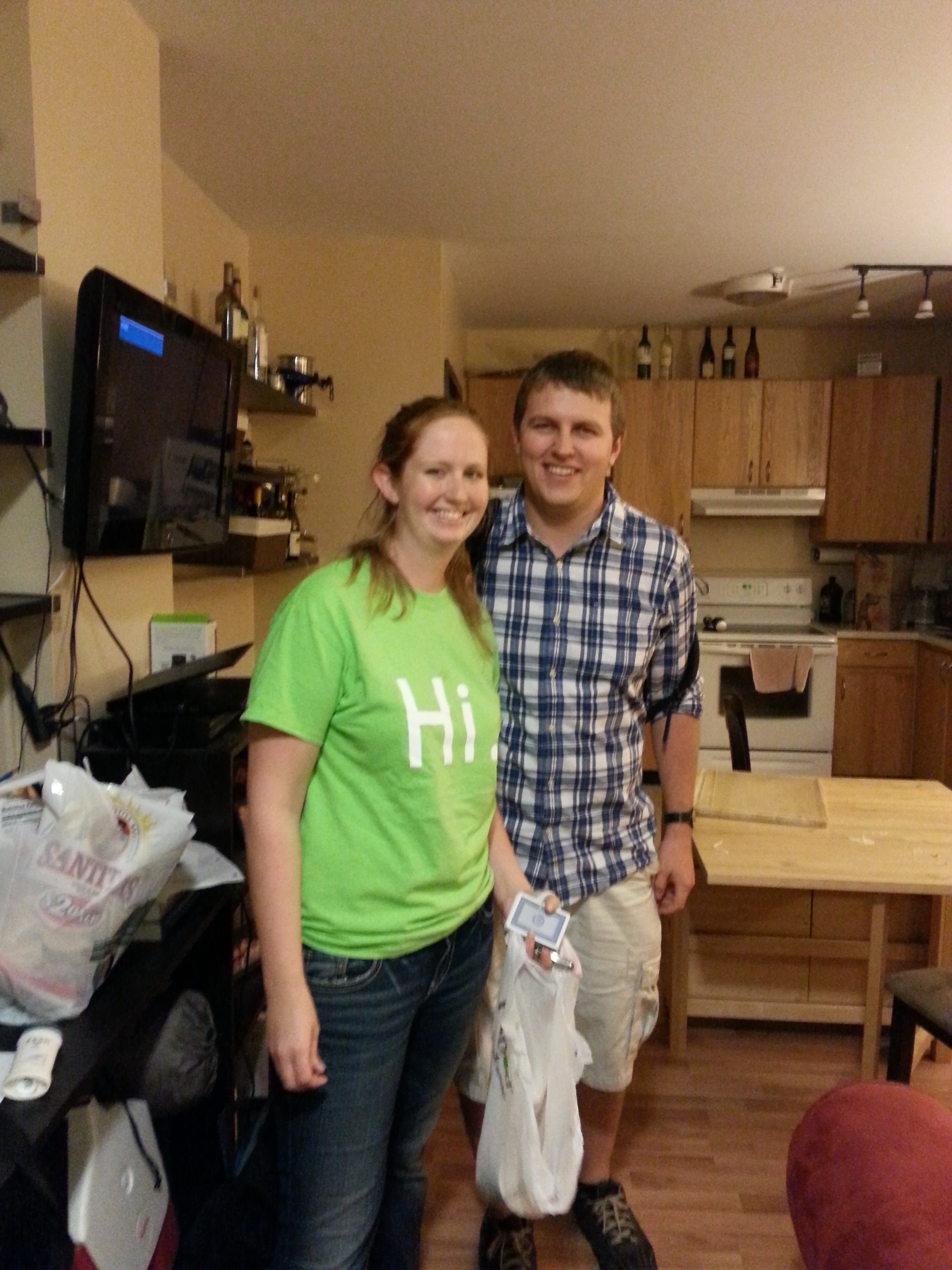 The amazing floor Master Natasha and her equally awesome boyfriend. If 2 years
from now I am a rolling ball of fat you can thank this person right here :P 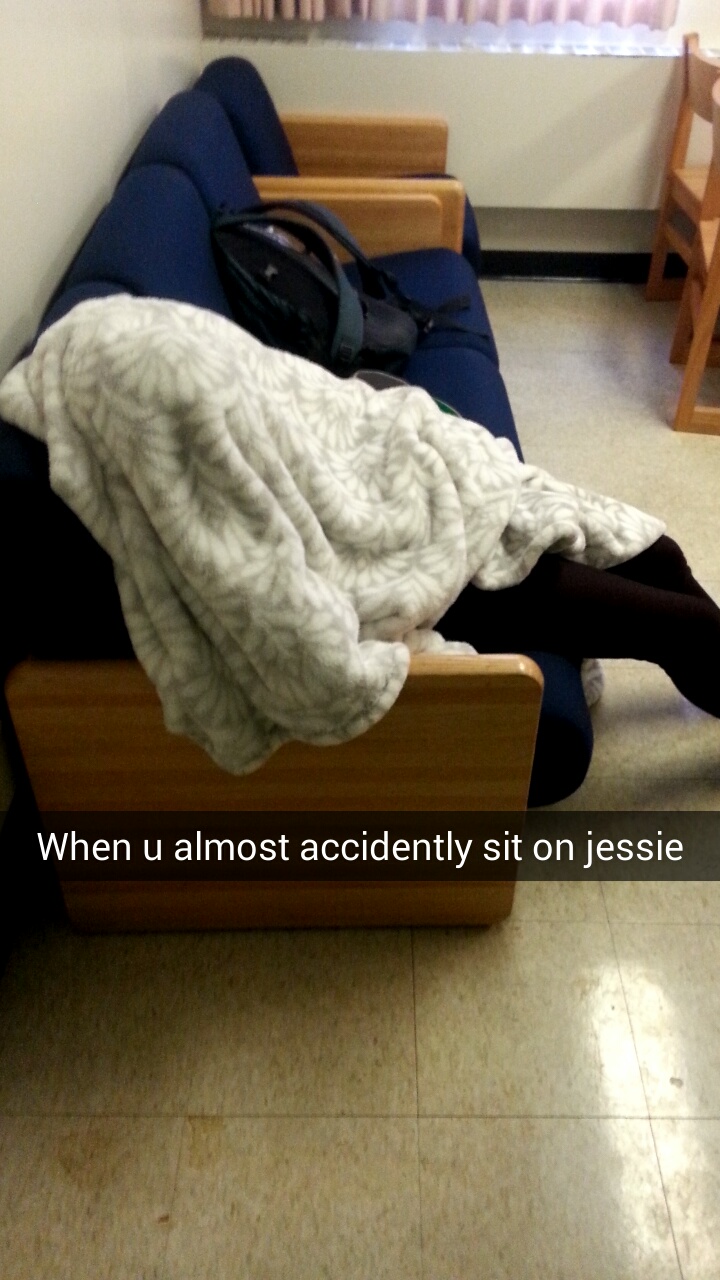 The snapchat says enough about what is happening here. 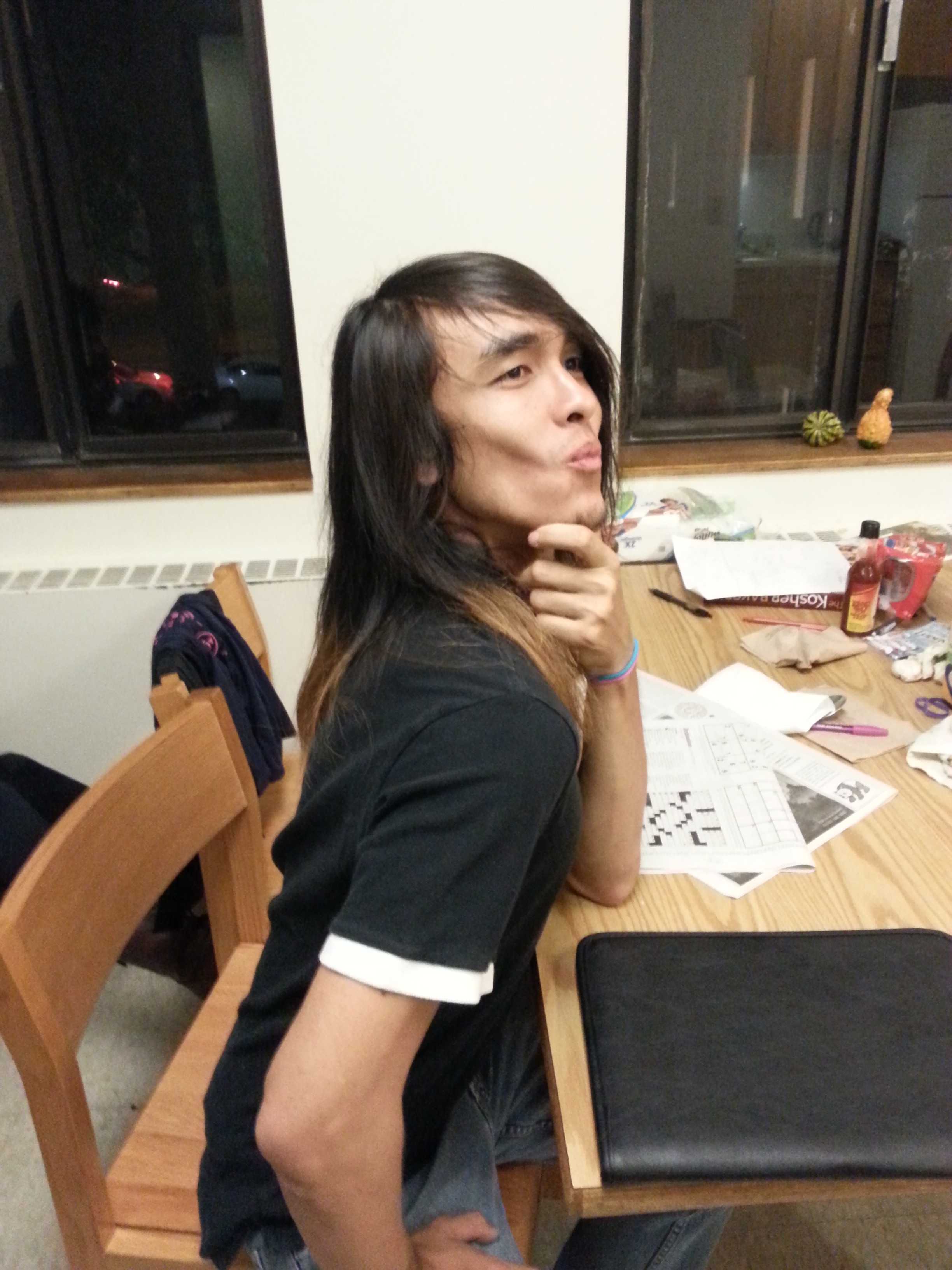 How he thinks about crossword puzzles.

Frat. Fraternity. Whatever, I never thought I would join one. I never really considered myself that kind of guy. Maybe I would hang out with one from time to time, but I just never thought it was my lifestyle. However, here I am, a pledge of the illustrious Phi Kappa Theta. Based on my super legit MIT level statistics and data 93.67e142π788i percent of MIT guys don’t have any intention of being in a fraternity when the time comes around, but to your surprise you will realize is that MIT does not match the stereotype of fraternities at all. Now don’t get me wrong there are a billion options no matter what kind of frat culture you are looking for MIT can offer you something.
“Now Ben what kind of weird metaphor do you have for Phi Kappa Theta (PKT)?” Well little one I have a perfect metaphor. And it is this: 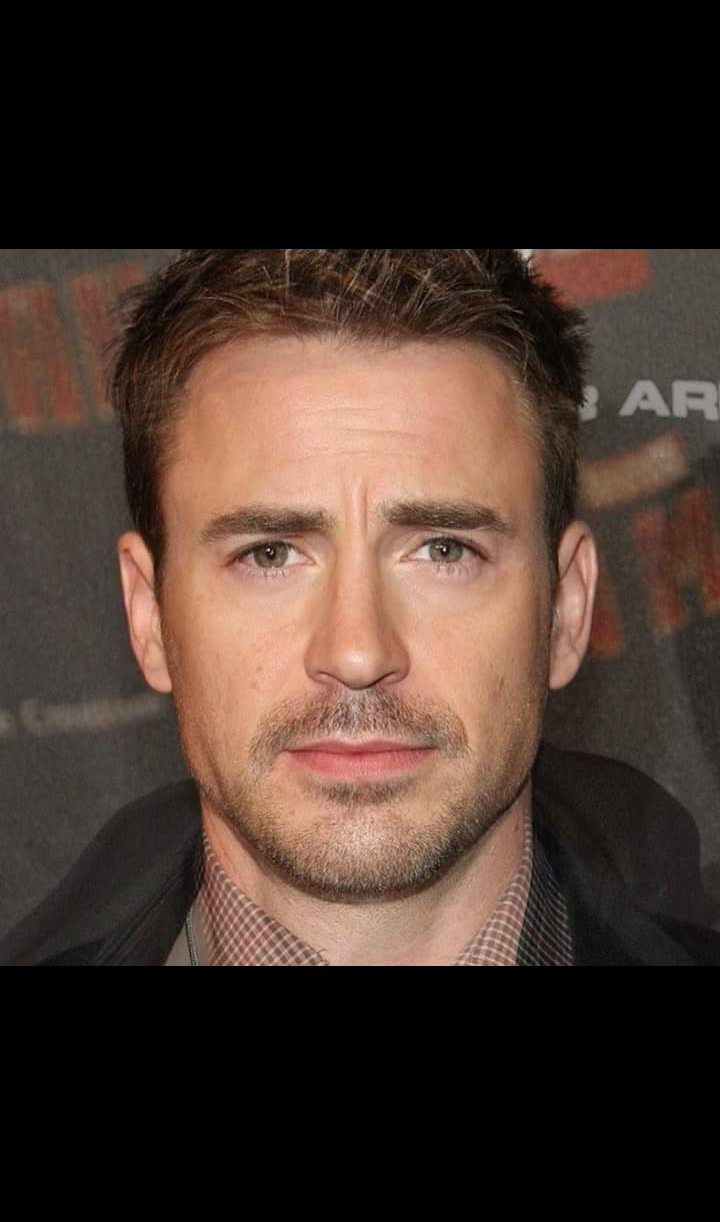 Is it Iron Man is it Captain America???? Who knows???? Lol anyway the point I am getting at is that PKT is a mix of being able to have an awesome time when you want to, but given you have to it is an amazing place to get some serious psetting done. The brothers here almost seem to skip that awkward nice to meet you stage I was talking about earlier and seem to go straight into the family stage. The second I walked into PKT they acted as if I had known them for years. Every one of the brothers is an individual with their own interest, yet they all embody a spirit of brotherhood at their core. I think the reason I chose PKT over any of the other fraternities was the fact that I had to put little to no effort in trying to feel like I belonged there. Whether it was learning about breakdancing, almost killing myself on one of those godforsaken Segway with no hands, losing terribly in a massive poker tournament, going parasailing in the Atlantic, or just chilling and having a late night bowl of jello….. PKT has become another place that I truly consider a family.

NOT DONE THOUGH. An important thing about finding a family in a fraternity is that having cool brothers is alright, but being able to find a connection with the guys that will be pledging with you is a key component. I could ramble on for eons about my fellow pledges. They are whiked smahhht, yet at time insainly stupid, tall, short, funny, curious, crative, inquisitive, hard working, etc. etc. etc. I am sure you guys get the picture. The new PKT brtothers are porbably the most individualistic group I have ever met, yet they are a group of people that I could now not see my life without. To anyone who might pledge to a fraternity when coming to MIT all I can say is this, get to know the people. The letters don’t make a fraternity, the people make the fraterniy. 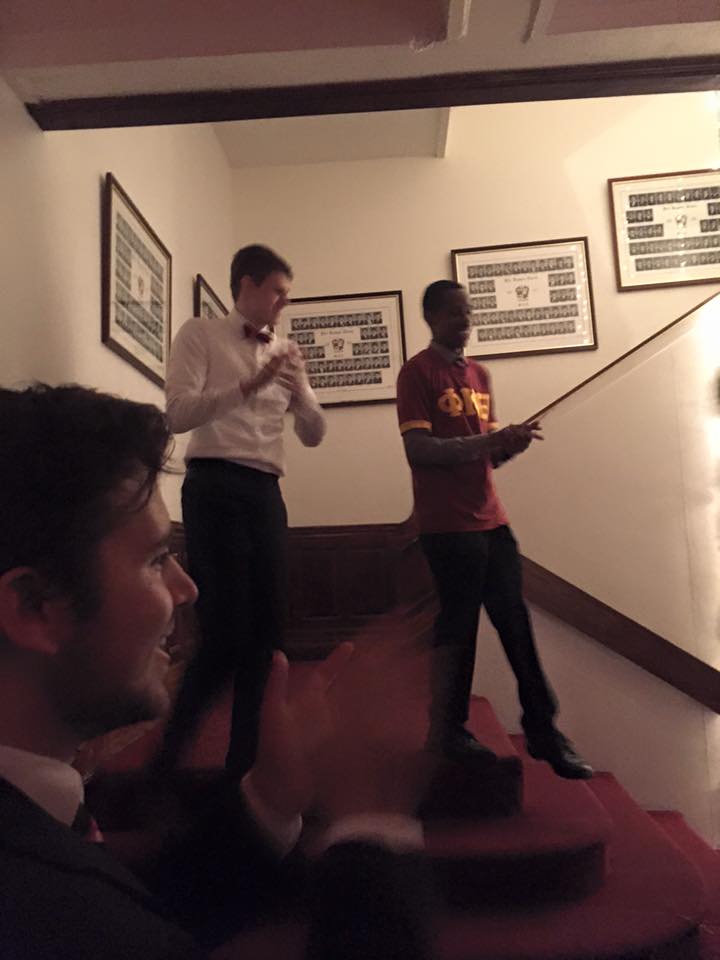 Woot Woot I accidentily was the first pledge to PKT…. Story for another time. 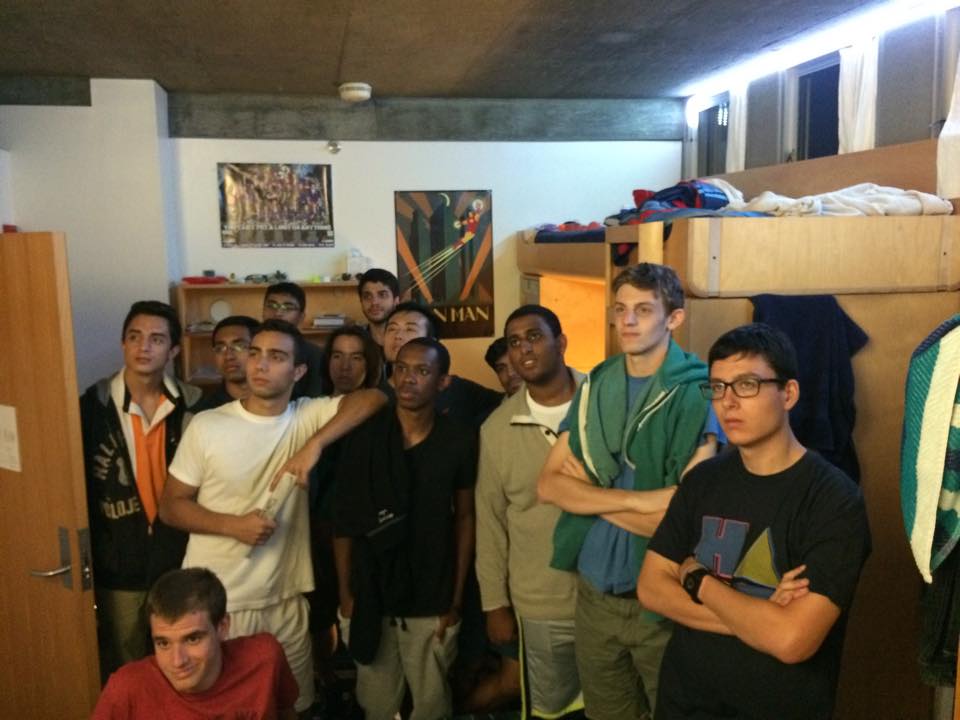 The new “associate members” of PKT (And then one of roomates, can you figure out which one is the roomate???) 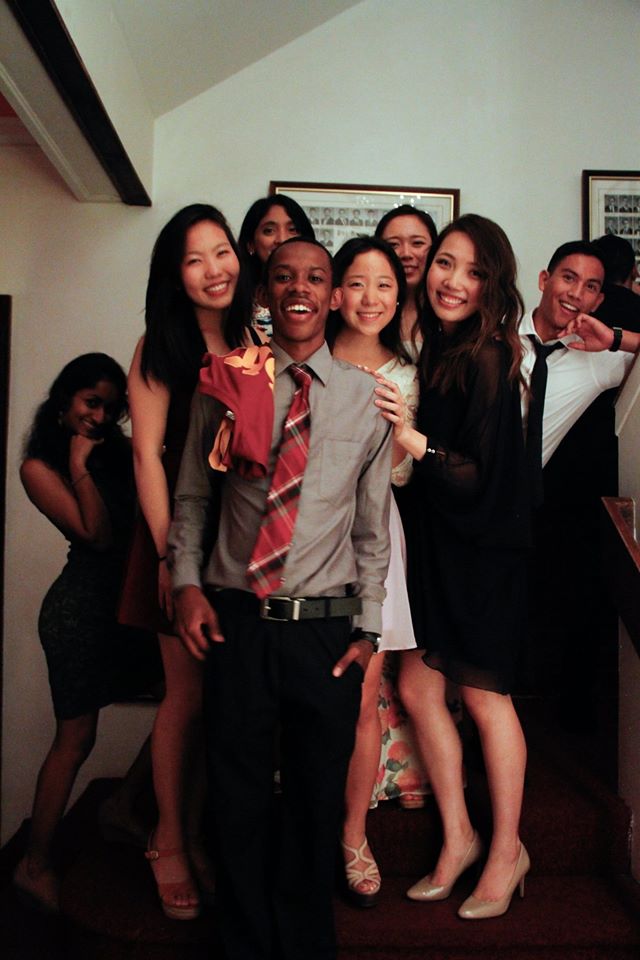 And we cannot forget the beautiful rush girls and house friends of PKT! 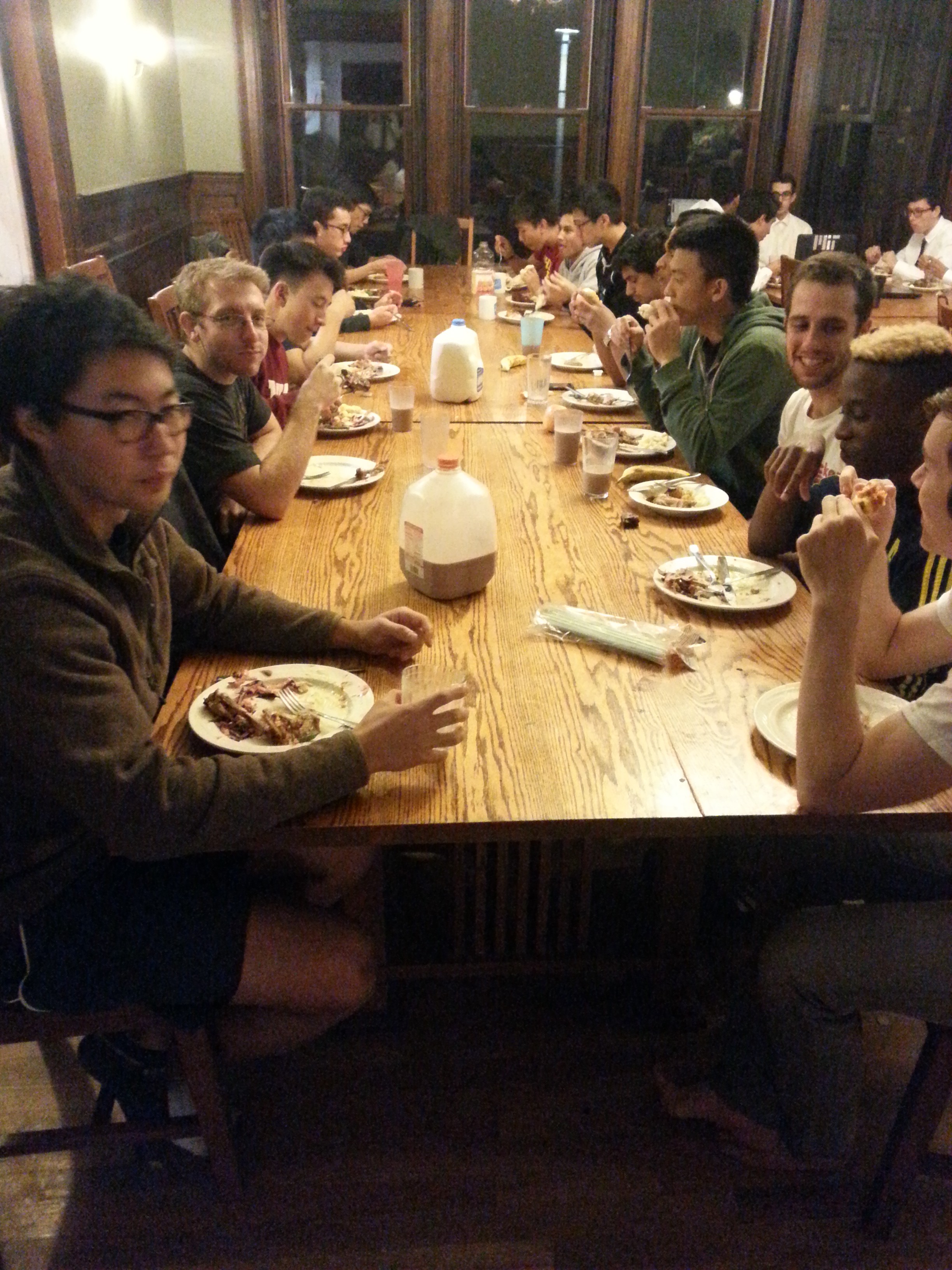 Dinner with the Family. 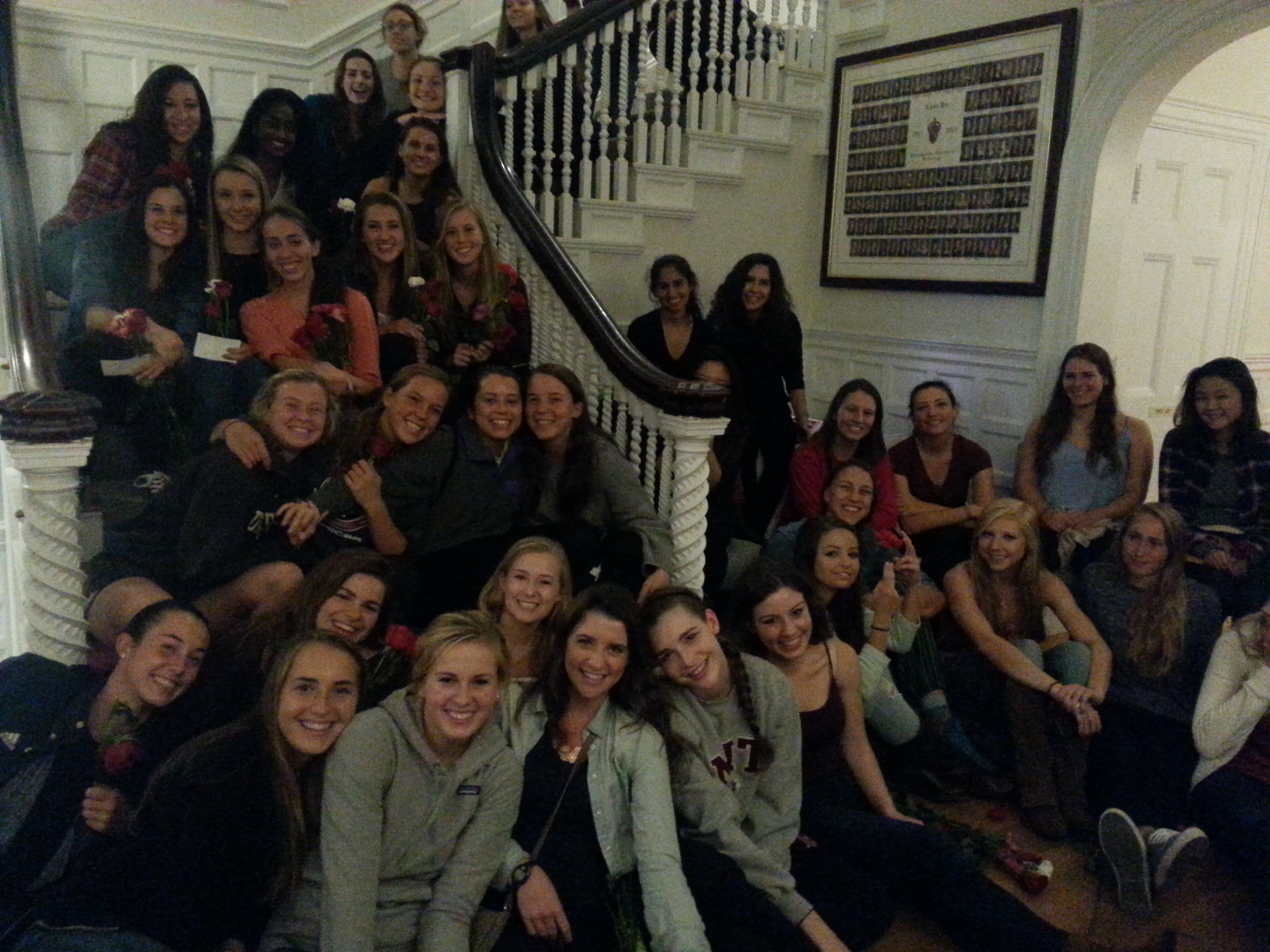 A special shoutout to the sorority APhi for being an awesome audience for the PKT serenades. 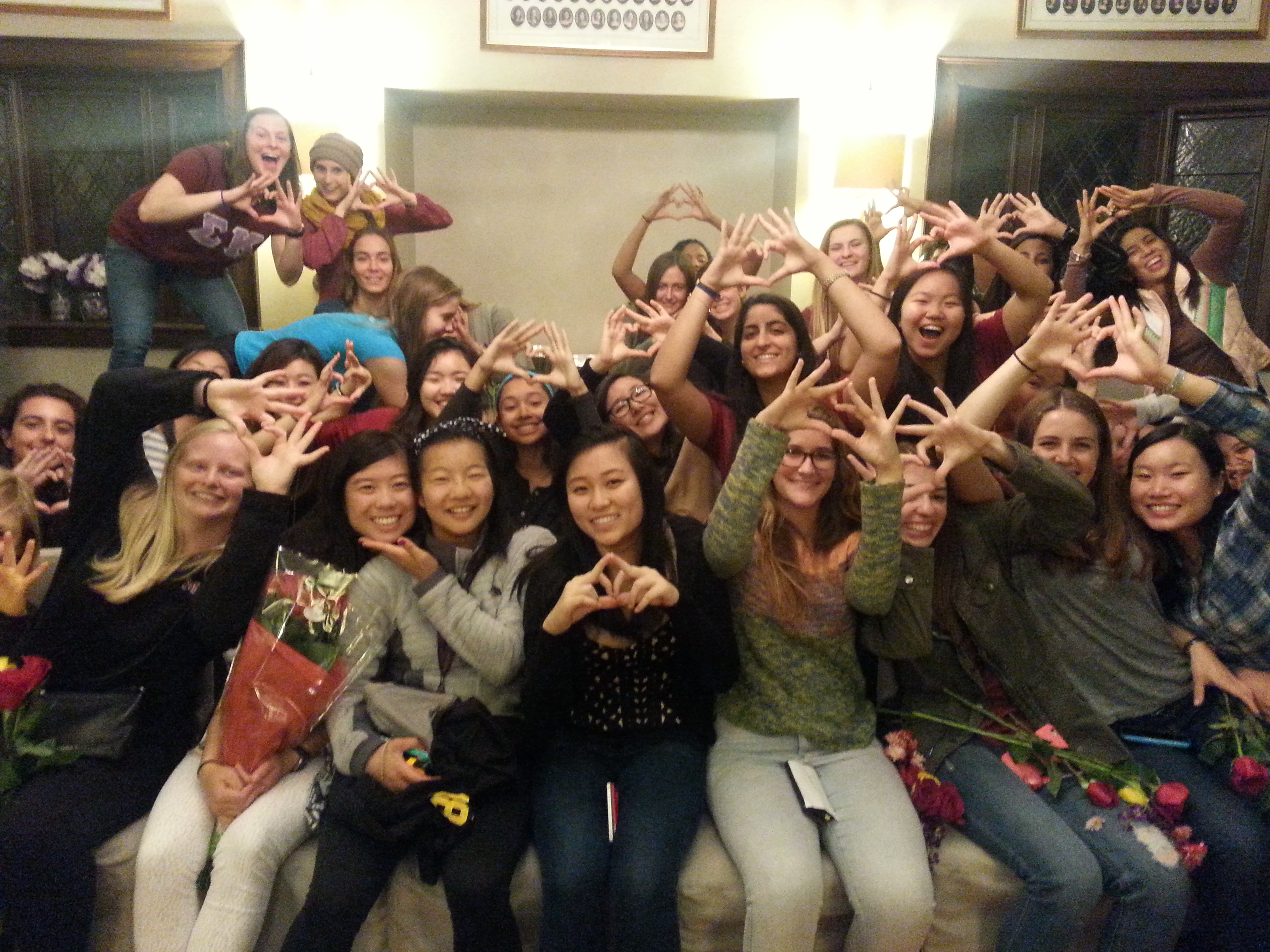 A second shout to the amazing sorority SK for also being an outsdaing audience for PKT’s serendes. 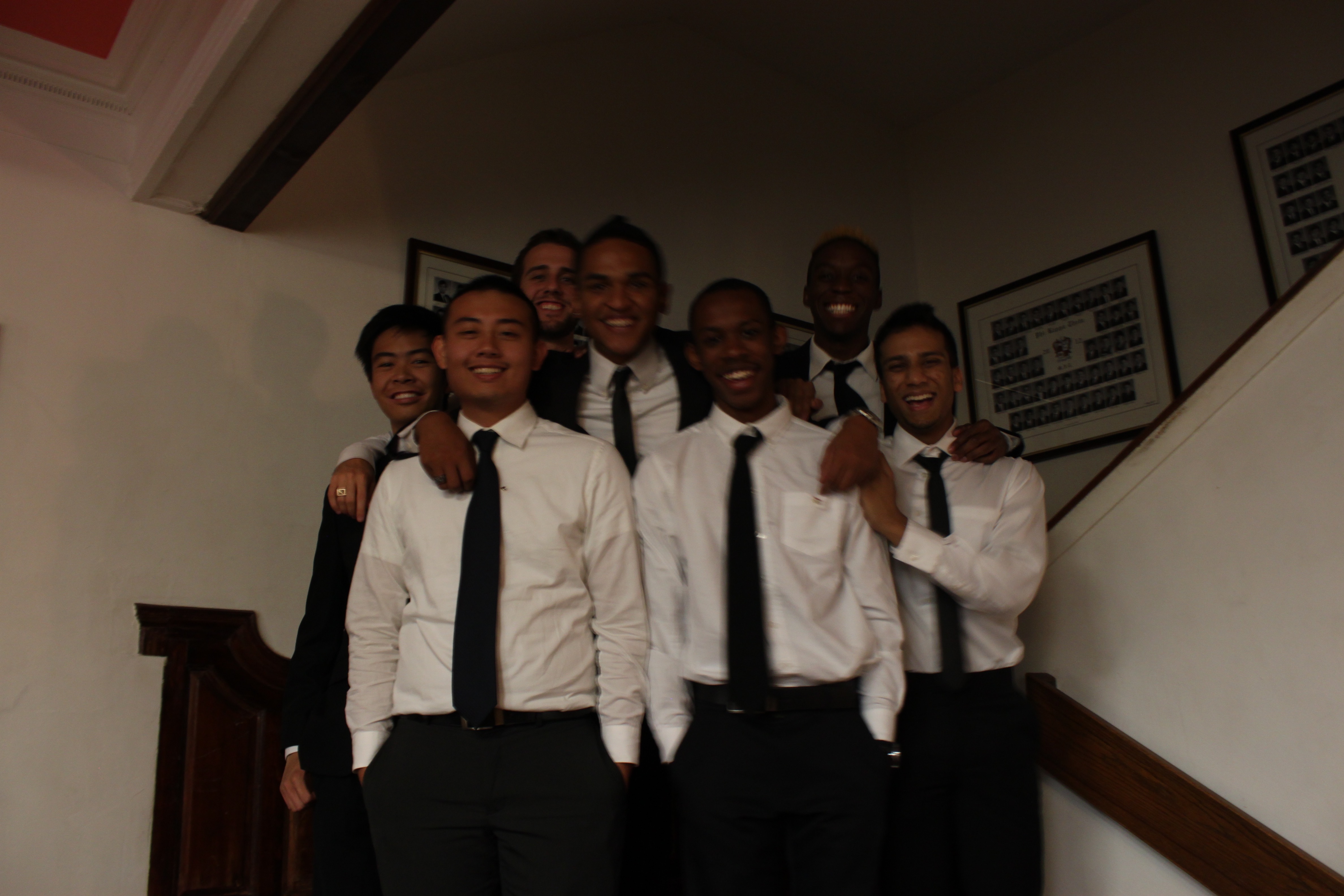 The best looking group… For obvious reasons. Special shout out to my PKT big brother Kevin Palisoc.
Despite his subpar pinning skills he is the best big a guy could ask for. 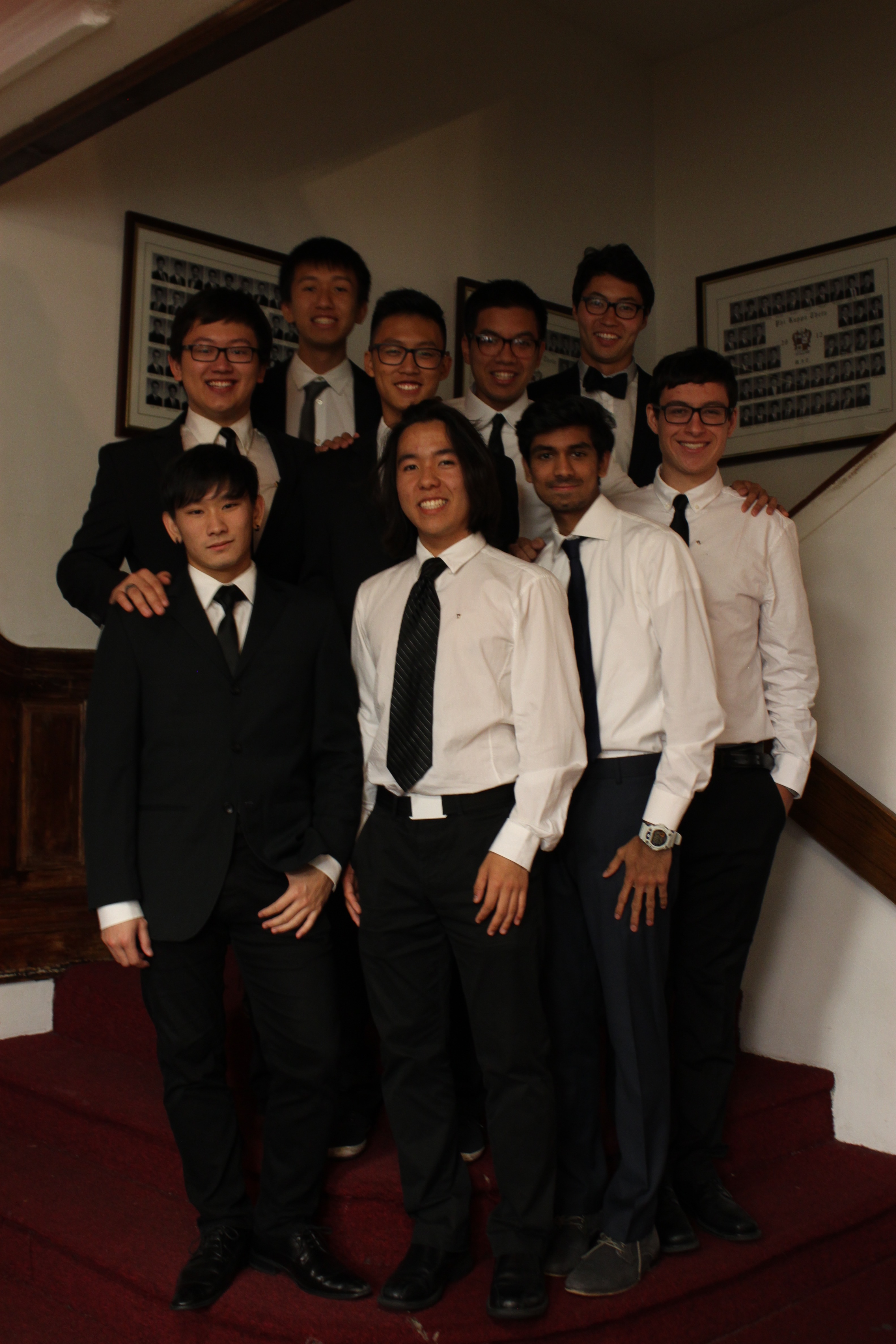 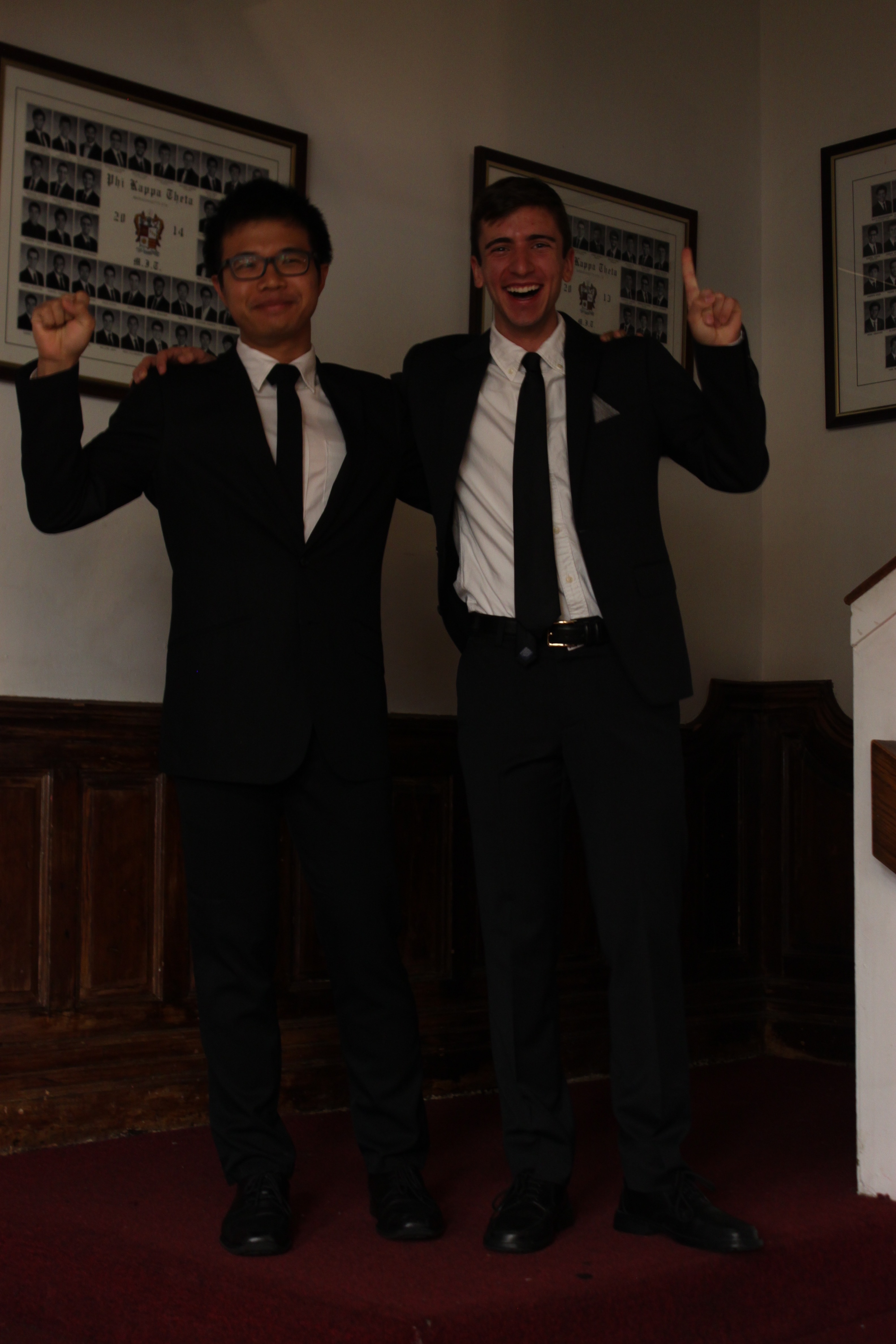 This pic is pretty binary….. Jokes 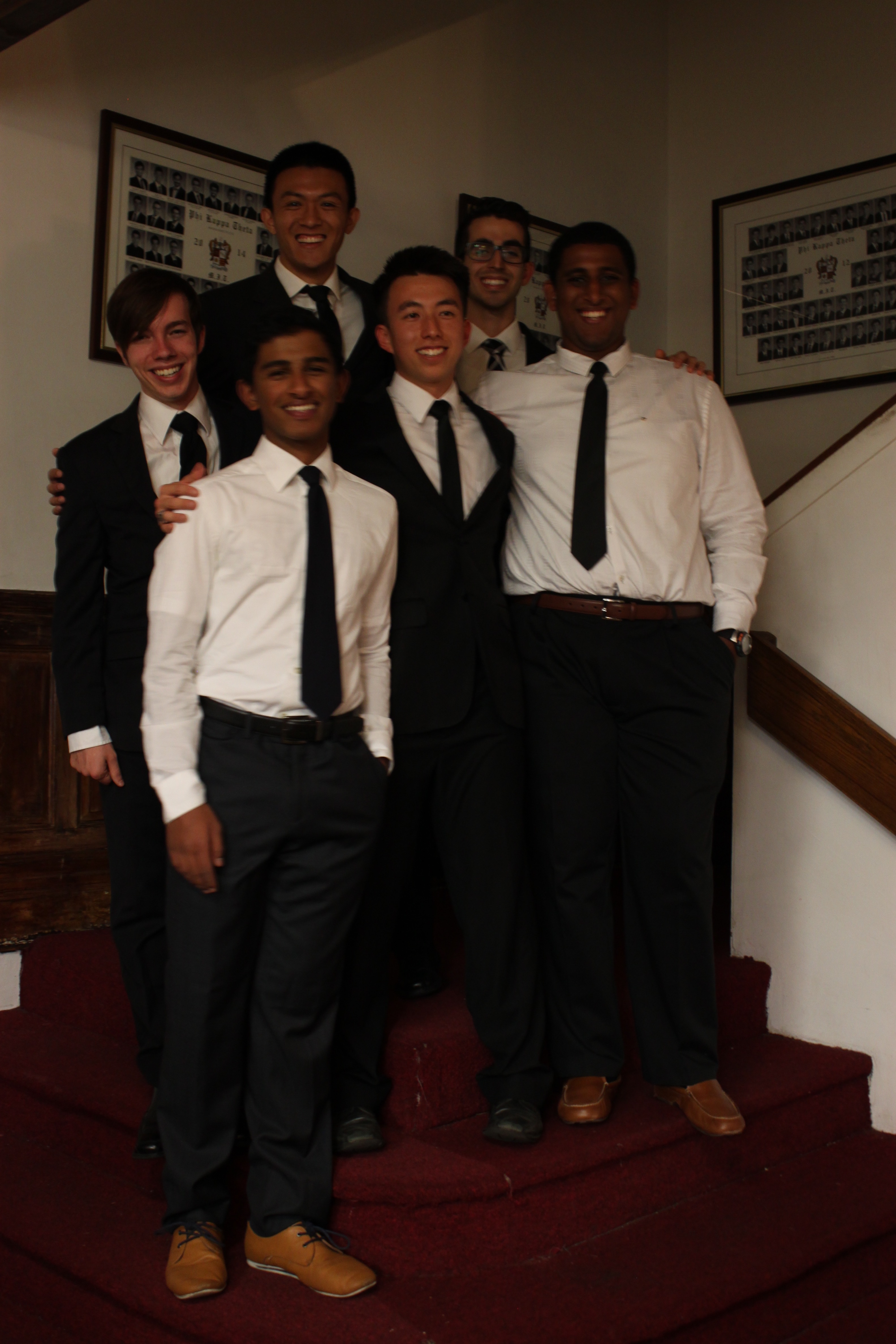 Yet another shout out to Justin Martinez (far back in glasses), the brother in charge of
getting the new pledges integrated into the brotherhood. 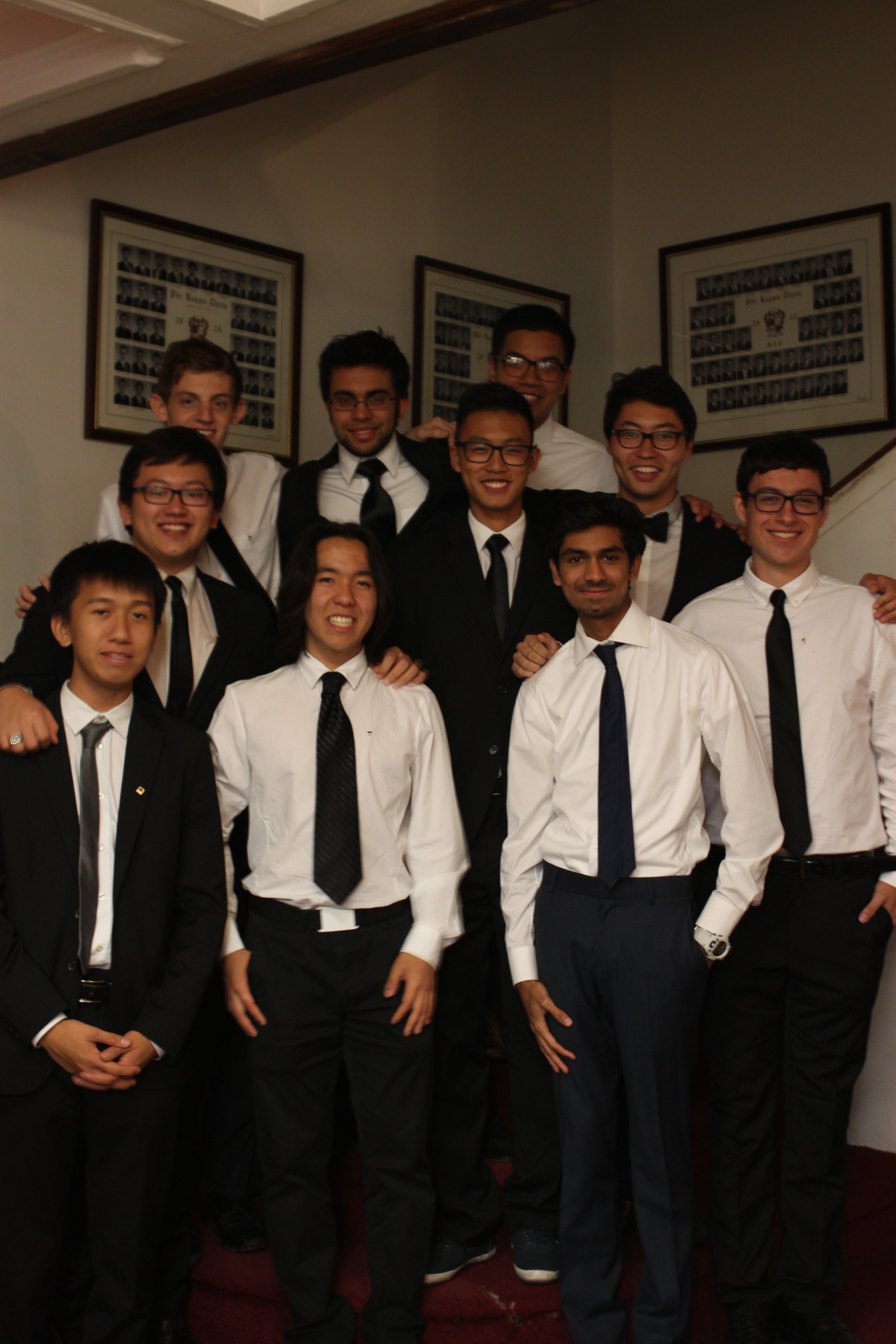 This is the “I didn’t know we already took pictures so we have to get all of the guys back
together again” picture. 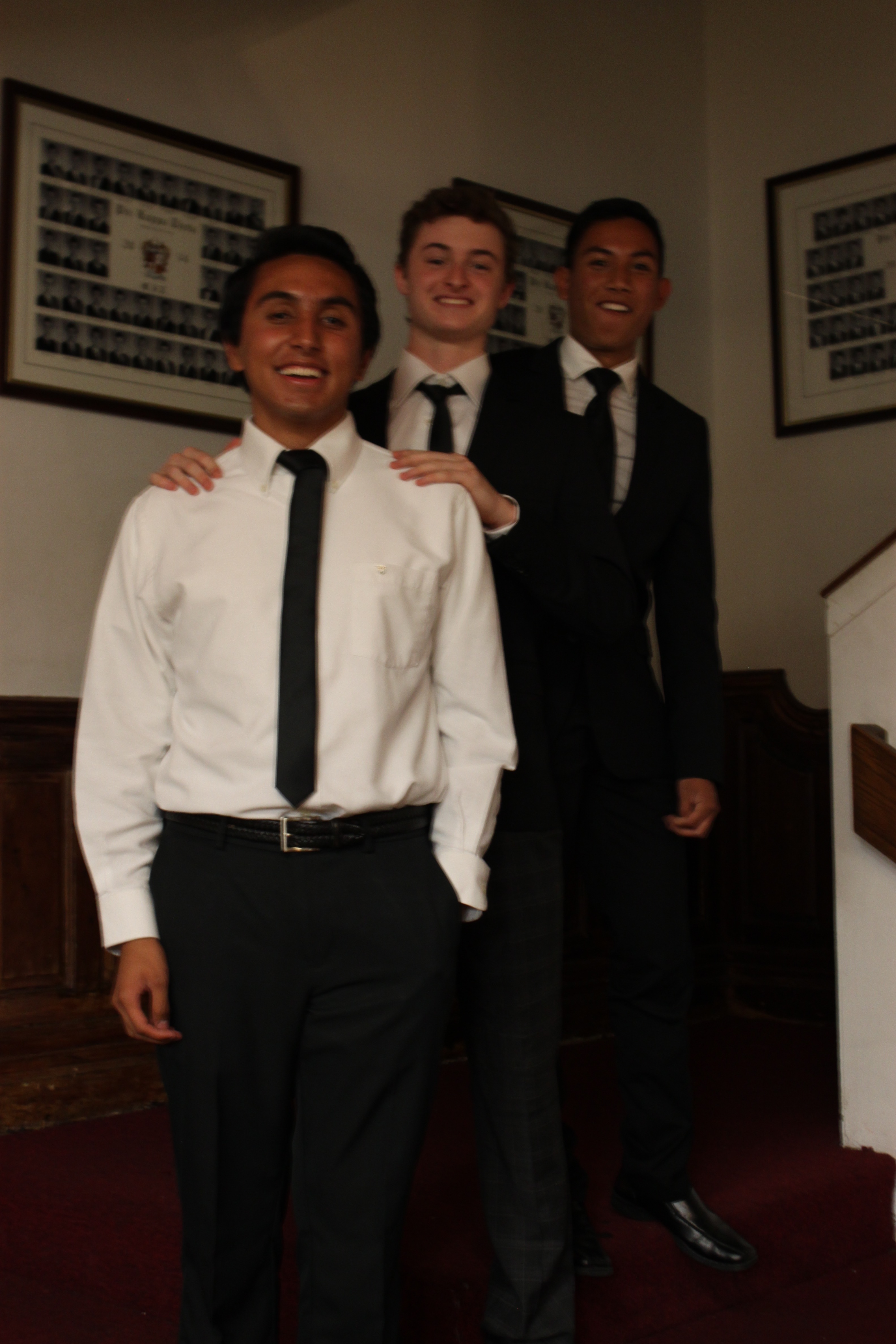 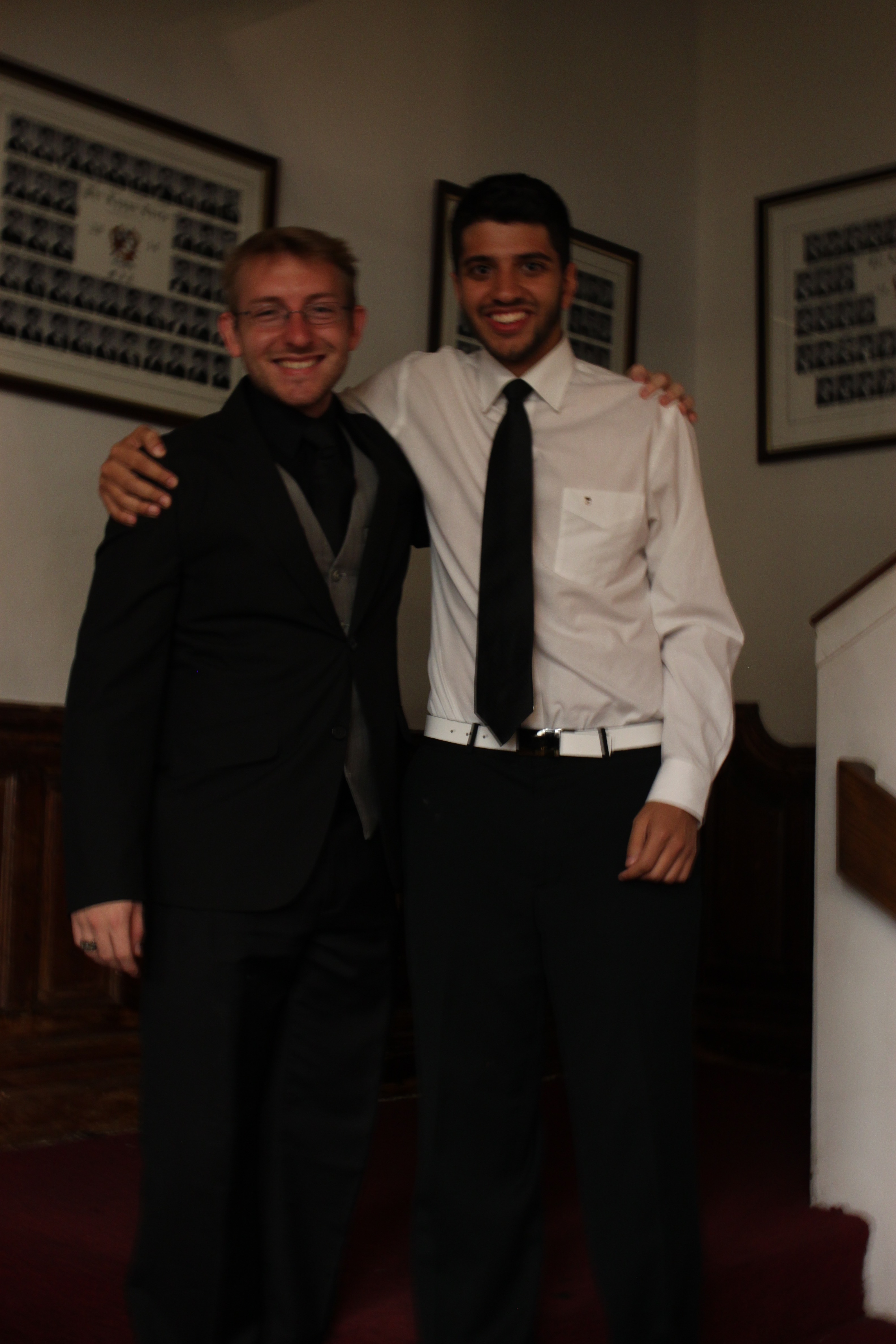 The “haha we have beards and you don’t pic”

Shoutout to Marcos on the right for taking all of these beautiful pictures (well except for
this one obviously). 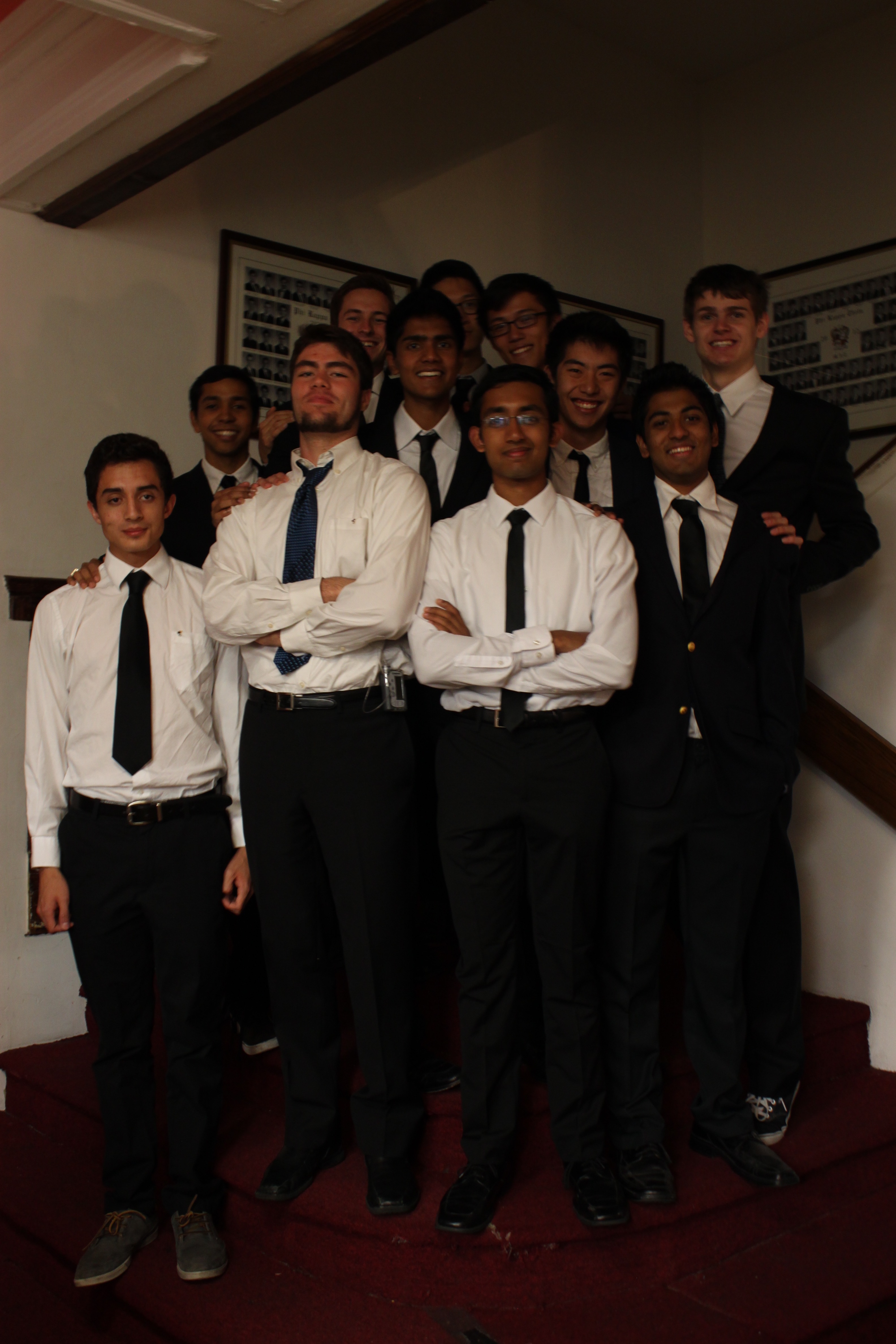 I call this pic the mullet  “smooth in the front, party in the back.” 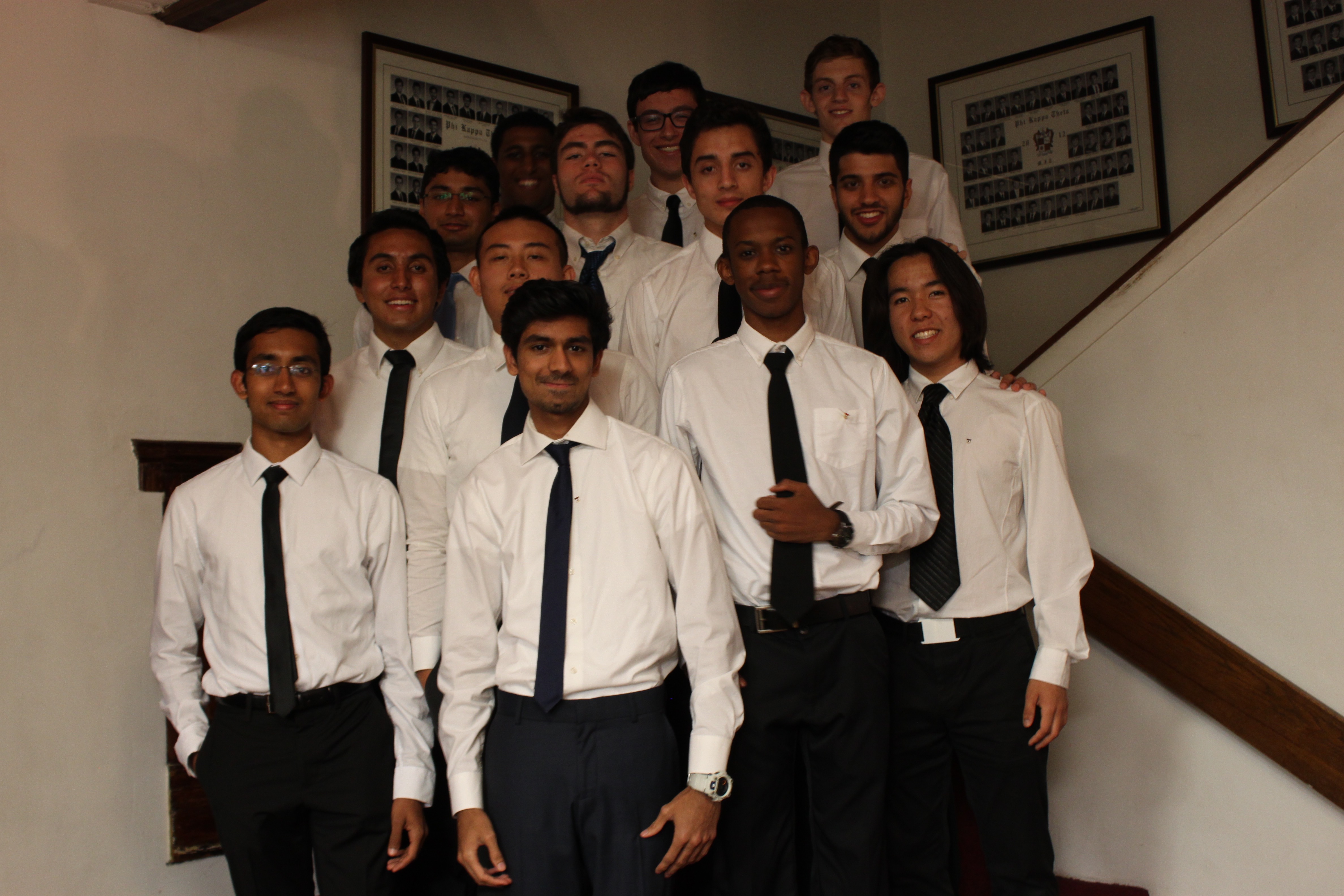 The new kids on the block.