For the past month or so, architecture studio has been holding me hostage; not completely involuntary I would say. It’s so easy to go into studio and not come out…till the wee hours of the morning. I think I recall a classmate calling studio “a time warp” – you just don’t know how long it’s been.

If you’ve ever visited MIT, you’ll know this entrance at 77 Mass. Ave. 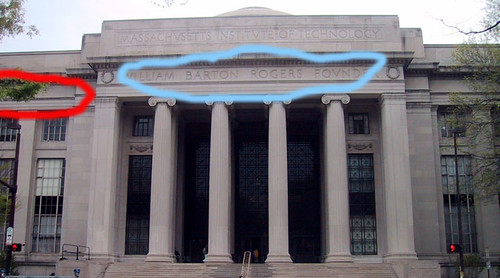 See the red circle? That’s where my studio is – literally behind that wall. See the blue around the focal “William Barton Rogers Founder”? behind it is where we hold architecture lectures.

Now that you have a general spatial understanding of where studio is, here’s the inside via webcam shots… 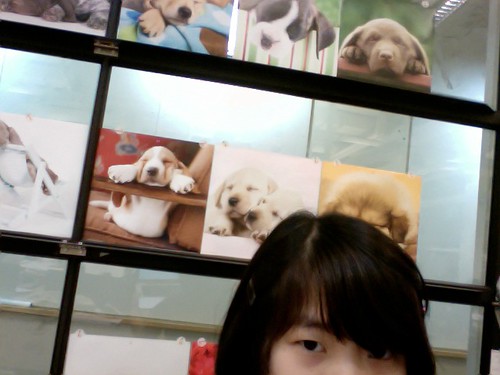 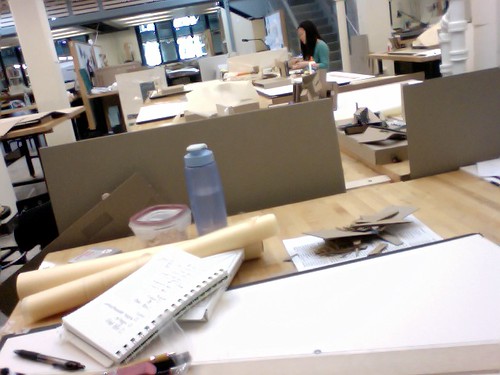 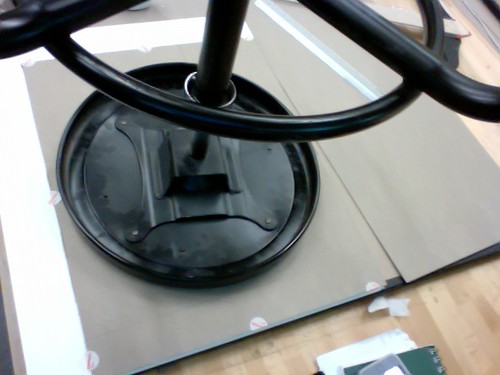 Using a stool to press down on a drying foam board. 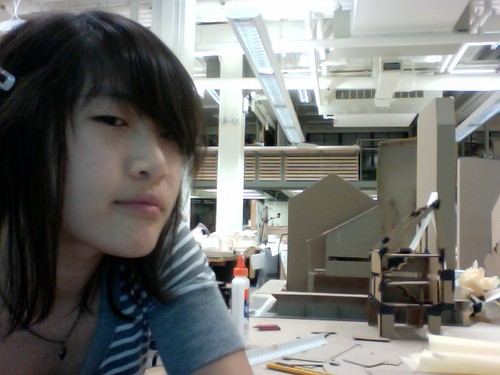 Thinking about model iterations for the final project.

My friends have noticed that I’ve been “disappearing”, but frankly, I don’t mind. It’s just a great environment – tough but exciting work, cool air, lots of music, and great company! This past Tuesday night/Wednesday morning, I left studio at 4:30 AM. But there were still many people left – and they continue partying on with techno music, classical music, popular music; Teddy grahams, cereal, lots of coffee; chit-chat, impromptu dance practice, and the much-needed stretches of silence and concentration after perhaps realizing from a glimpse at the skylights – another day is coming. I pulled my first real all-nighter – ever – the day of the final review for the first project – it was ironically quite cathartic. I hope all-nighters come only once in a while though – or they’ll cease to be meaningful.

All this work is not for nothing. From the first project, I realized I love the entire design process: initial ideas, prototyping, computer models, real models, design, drafting, redesign, critique and conversation, redrafting, glue over fingers, redesign again, final design, final models, final drafting, final review…There are so many moments in between where I had no idea where I was going, but once the final review rolls along, everything solidifies, crystallizes, and I have to sell everything I’ve been slaving for. There’s an incredible sense of accomplishment and euphoria at the end of the long, dark tunnel. 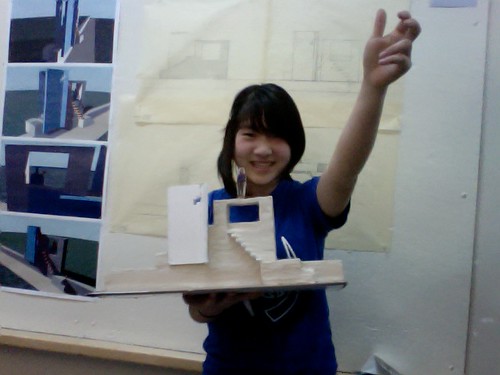 Me after 1st Project Final Review – with my model & drawings. 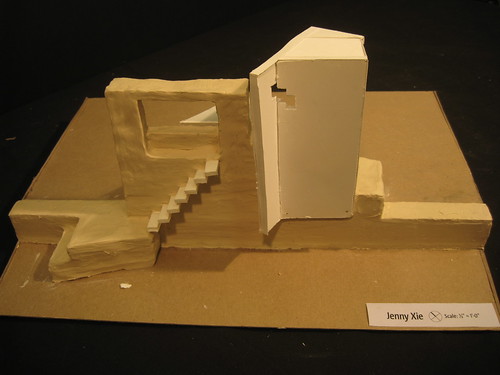 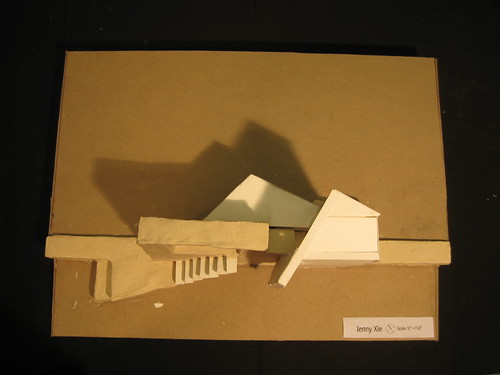 A couple of serious shots of the final model.

I officially declared Course 4 Architecture a couple of weeks ago, and we just had our new major orientation yesterday. All I can see are challenging, wondrous things.

9 responses to “Where I’ve Been”