Last summer, there was a fire at our house.

a news headline about what happened

I wasn’t living in the house at the time, but there were about four WILG members living here. According to them, somebody had first smelled smoke in the house, then after some investigating, they found that the source of the fire was in a vacant room, 408, that nobody was living in. So then they called the fire station. The firefighters came and unfortunately sustained chemical burns, but luckily these burns were considered minor (according to this news article). No WILG members were physically harmed.

Anyway, a few weeks ago, a friend and I decided to figure out what had happened and why the fire had started.

So I emailed the Cambridge fire station . . .

Which they forwarded to the Public Records Officer at City Hall. A few weeks later, I received the full report on the fire. 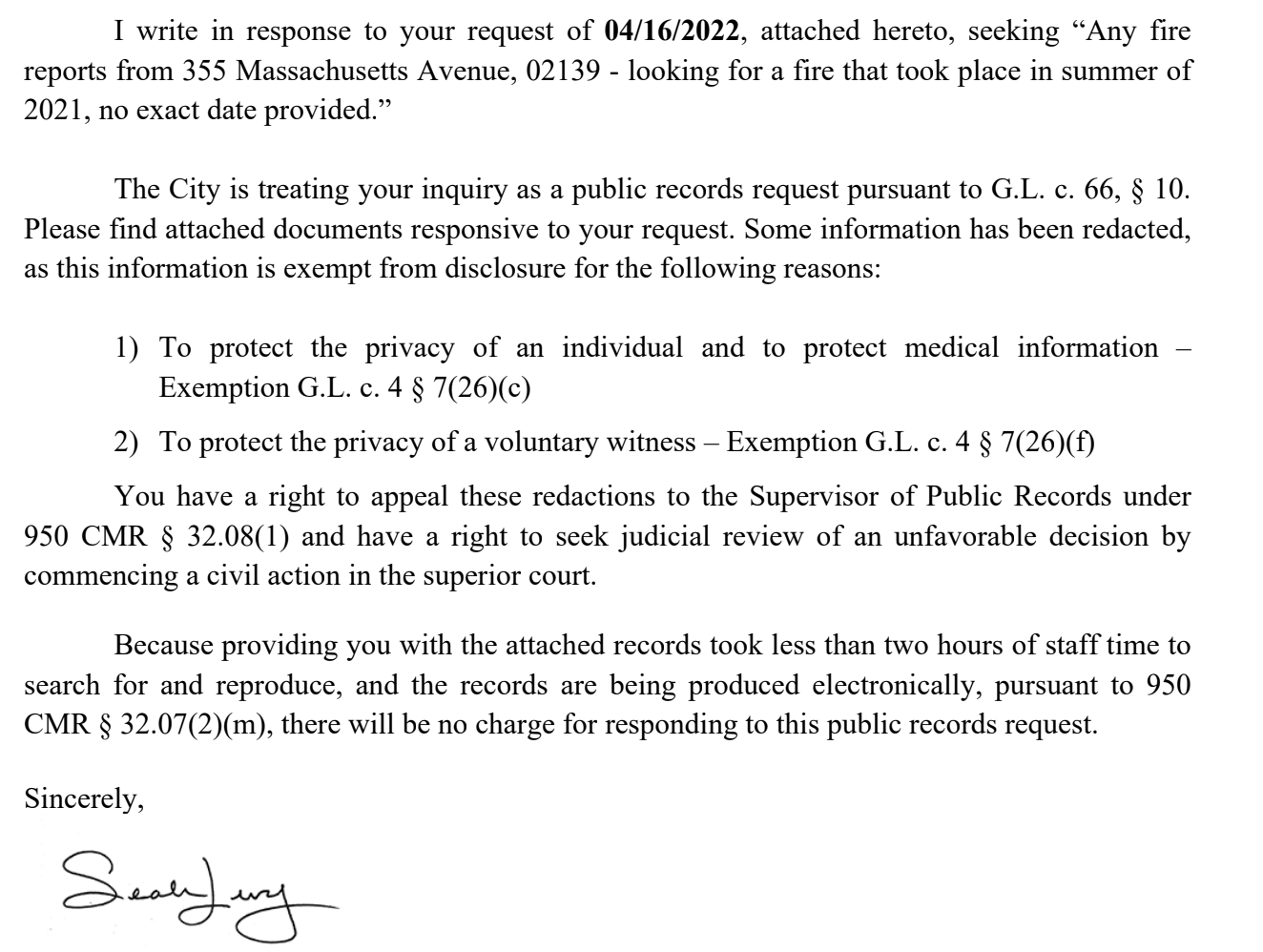 a response letter that they sent me, along with the report

A lot of the report was redacted, as this response letter mentions. But it was still quite informative.

there was a concerning handwritten note?

Most of this part already aligned with what I knew, that this was some kind of chemical fire in room 408. But I hadn’t heard about the handwritten note. 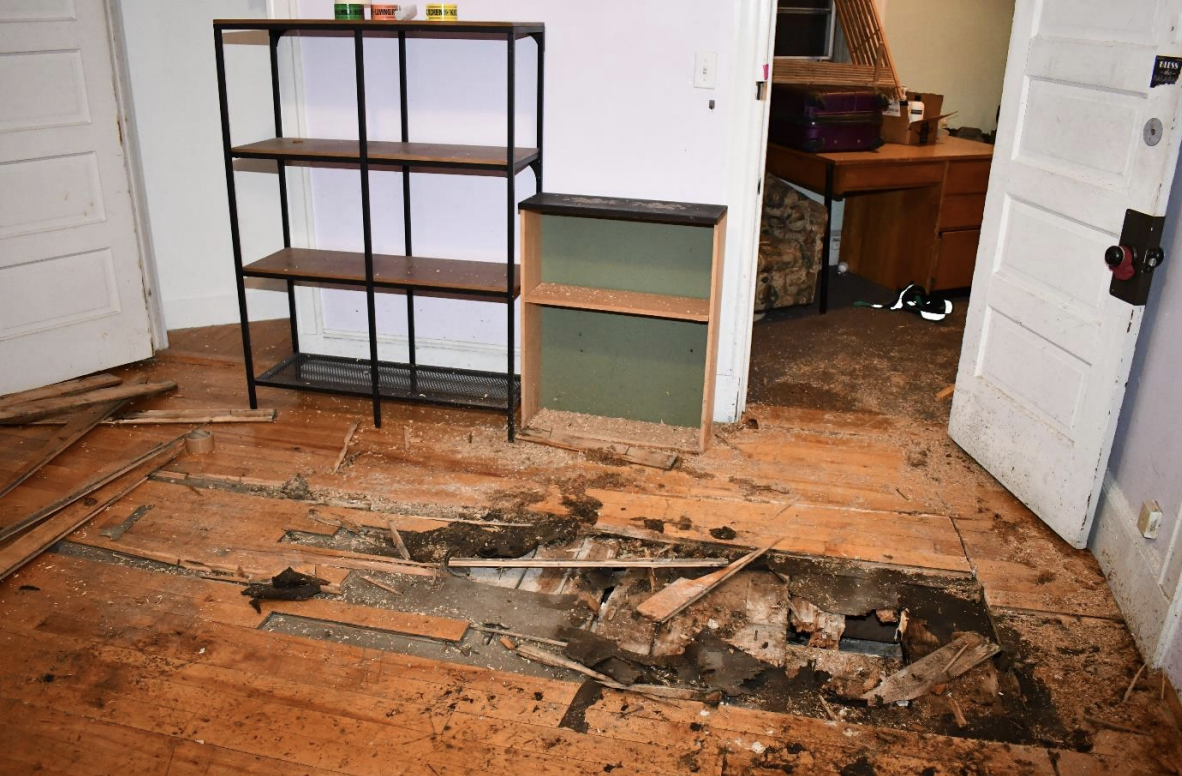 a photo of the damaged floor from the report

The next part of the report included interviews from witnesses. Everybody’s name was redacted.

a snippet from an interview

A lot is redacted from this paragraph, but this is the first interview that gave me some information on who had brought the chemicals that had started this fire into WILG. Note that the pronouns here are he, but WILG is a community of women. To my knowledge, the only man who lived here at any time during the 2020 – 2021 school year was the boyfriend of our GRA (Graduate Resident Advisor). It seems like a woman gave him two jugs of the cleaner that might’ve started the fire. From this report, it isn’t entirely clear who placed the jugs in room 408, although the pronoun he appearing again in the following sentence makes me think it might’ve been the same boyfriend.

The night of the fire, both the GRA and her boyfriend had already moved out of WILG.

a snippet from a different interview. sometimes there are words sprinkled between all the black boxes!

The note reappears here! There is no photo of the note in this report, but it seems like the note was offering the items (like the jugs of cleaner) to the next tenant. 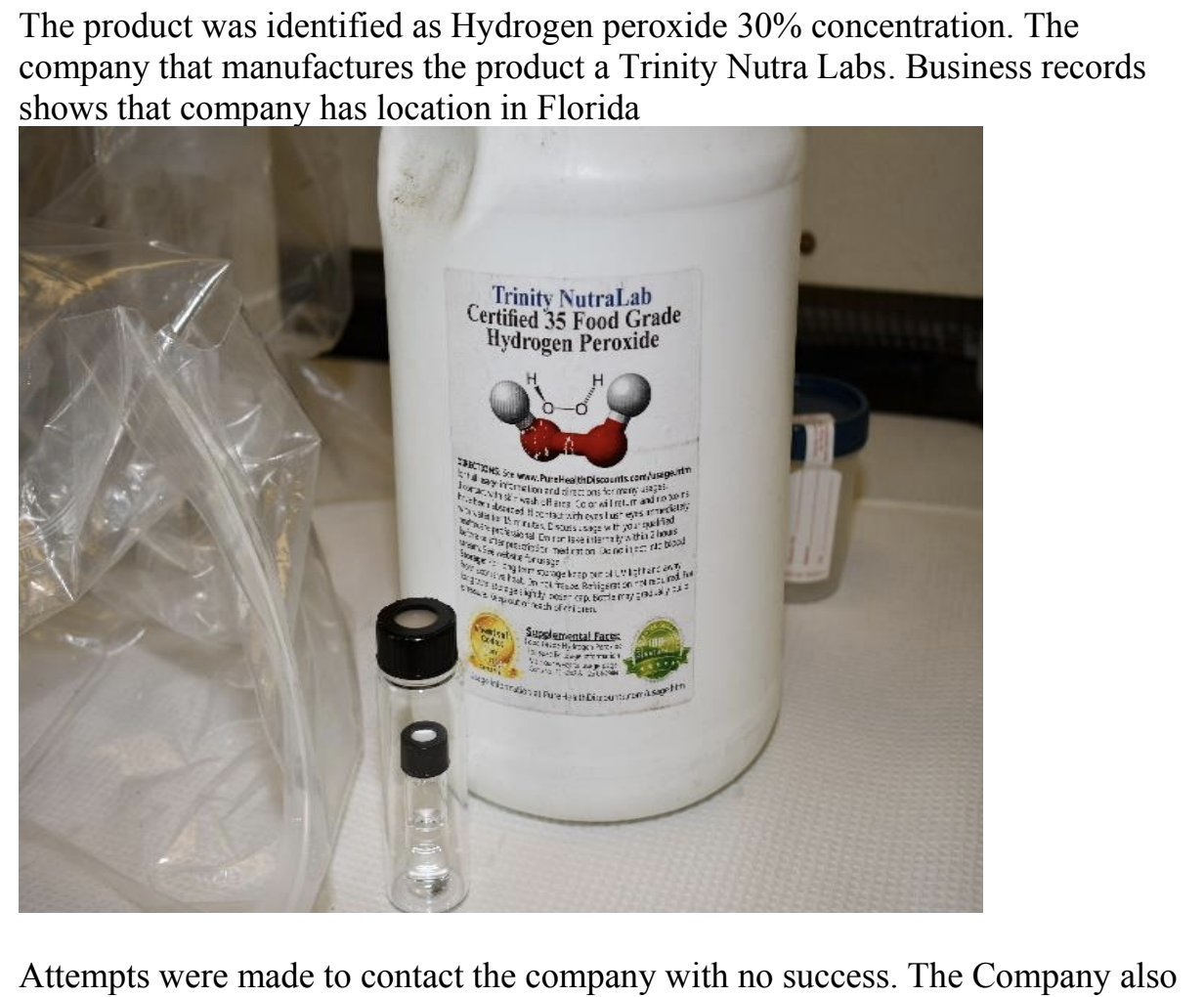 This photo of the cleaner was included. Apparently it was the hydrogen peroxide that caused the fire.

They tried to reach out to the company that made this cleaner, Pure Health Products. They even sent a police officer down in Crystal River, Florida, to check it out, but the store front was vacant. 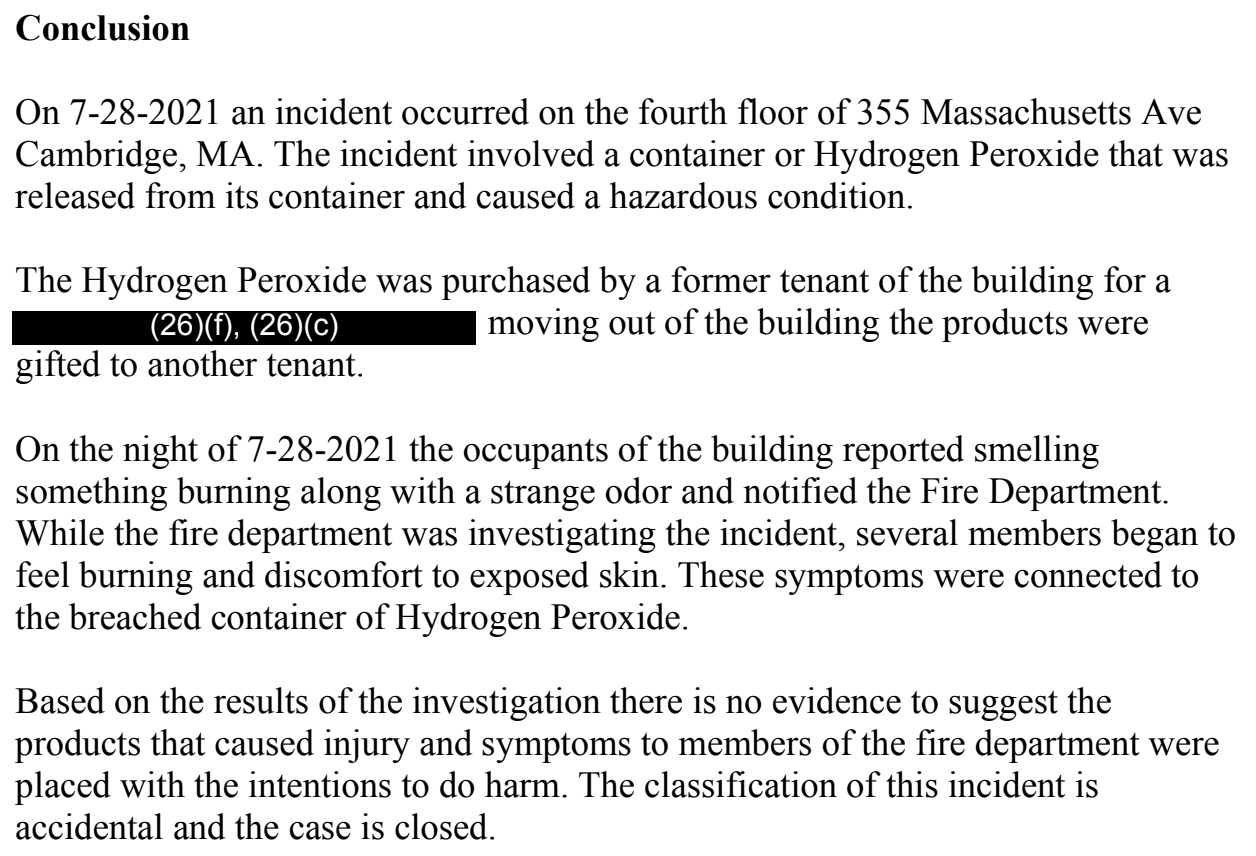 and they all lived happily ever after

So this incident was classified as accidental and the case was closed.

Who started the fire? Well, nobody, in some sense, in that it seems that the cleaner had simply spilled onto the floor. We could assign some blame to the woman who purchased the cleaner, but the entire situation does seem to be accidental (and also her name is redacted in the police report, and while WILG members can piece together from context clues who she is, I’m not going to expose her), or we could assign some blame to the company who made the product, but from the report, there isn’t any evidence that the cleaner was more dangerous than it should’ve been.

Maybe this isn’t the most satisfying ending; if this were a mystery novel, readers would hate it. But most of real life happens by chance, just like a fire that requires a simple coincidence to ignite.