in the life of an MIT student

The unabridged version of a semi-recent, semi-typical, but memorable enough Friday:

7:30am- Normally I wouldn’t get up this early, but today I’m supposed to meet up and get some coffee with my mentee before her first class. I think about what I’m supposed to do today and open up my laptop to check my emails and start rolling out of bed. I hadn’t ever had a long conversation with Katie ’17, but she is in my sorority as well as a member of LUChA (La Union Chicana por Atzlan). LUChA has a mentoring program where underclassmen are matched up with upperclassmen and you are given $5 to go out and have some coffee and chat about life with them.  :)

We chose to meet at Flour–they’re an amazing sandwich place/cafe on Mass ave. that has tables outside when it’s nice out. I admired the food as I waited for Katie to come out with hers. 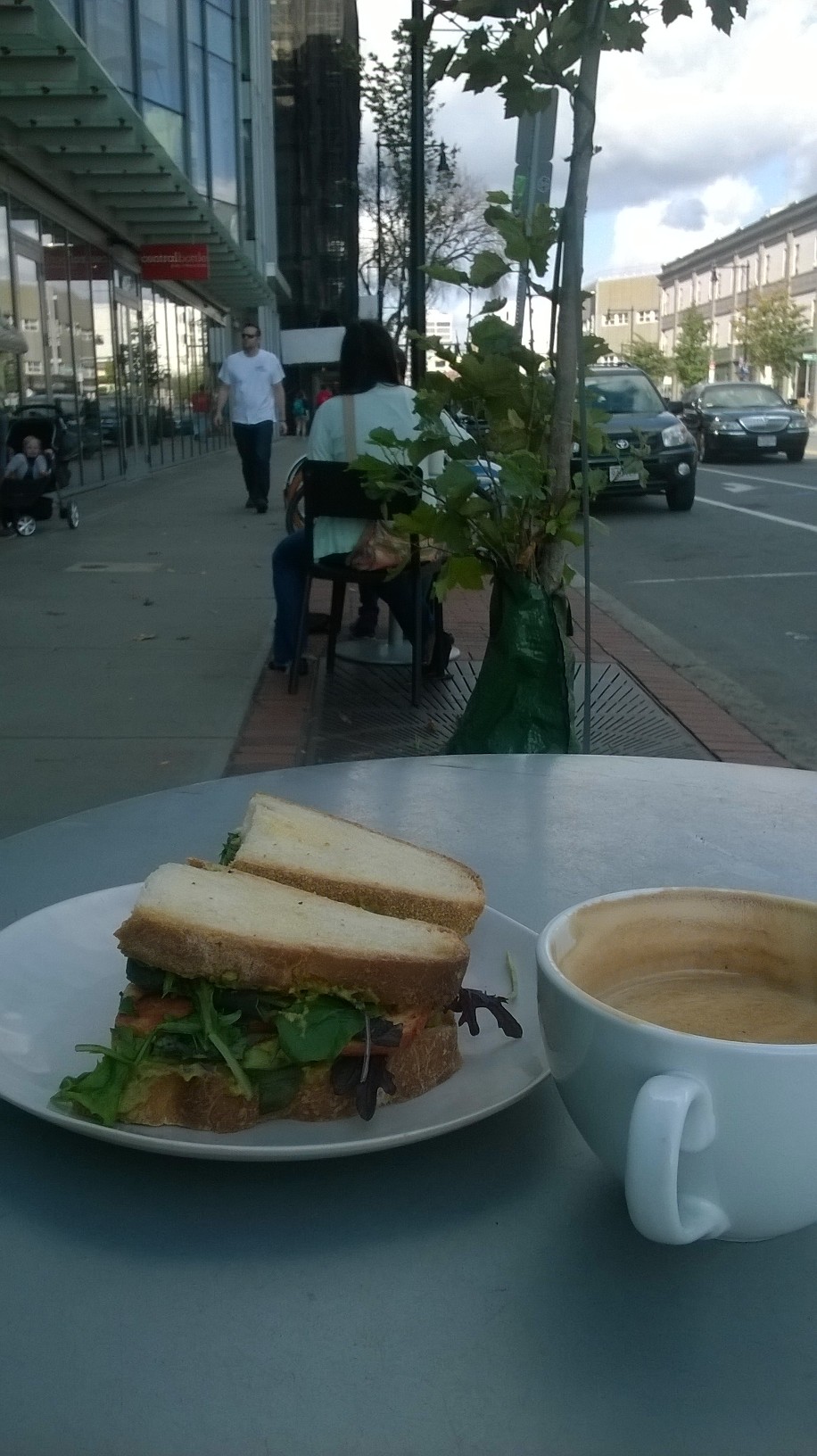 We talked about how we like traveling and how she’s considering doing a UROP in Brain and Cognitive Sciences as an EECS major.

But let’s be honest, this happened Saturday morning at a more human hour (10) because after I opened up my laptop to check emails, Katie and I decided to go back to sleep. It had been a late night of work for both of us the night before.

11:00am- Interview with Lincoln Labs in Kendall Square. MIT has an online system (and a Global Education and Career Development Office)  where you can apply to be interviewed for a lot of different companies. They also help with resume writing and cover letters. One of the questions I was asked was “Can you name all of the Beatles’ first and last names?” But that was ok because luckily you don’t need to know that to make things that fly. (Sorry, world!)

12:00pm– Lo and behold, Rebecca K ’15 is in Au Bon Pain right as I’m walking outside from my interview! She comes out and treats me to a pastry and coffee because that’s just the kind of person she is. We discuss how our senior years are going. I tell her I’m applying to jobs and grad school and hoping to find something cool to work on after graduation. She’s between getting a job and getting a Masters of Engineering (MEng) through course 6. We’ve known each other since freshman year and talk about getting old.  I can’t exactly remember how this came up, but she takes out a notebook and makes me sign an agreement that makes me promise that she’ll be the one to pick out my wedding dress. What. Just happened?

In any case, she’s goes off to work on her essay for a Russian class she’s taking at Harvard. And I have to get to…

12:30pm-Lab for my 16.62X project! This class is an experimental capstoneproject for the aero astro department. Basically, in teams of two people, you spend one semester designing and preparing for an experiment (16.621) to then complete the following semester (16.622). In a nutshell, my project is bio-inspired sensing on fixed wings. We’re trying to quantify how well a system of two barometric pressure sensors can detect a difference of pressure on the upper and lower surface of a wing. 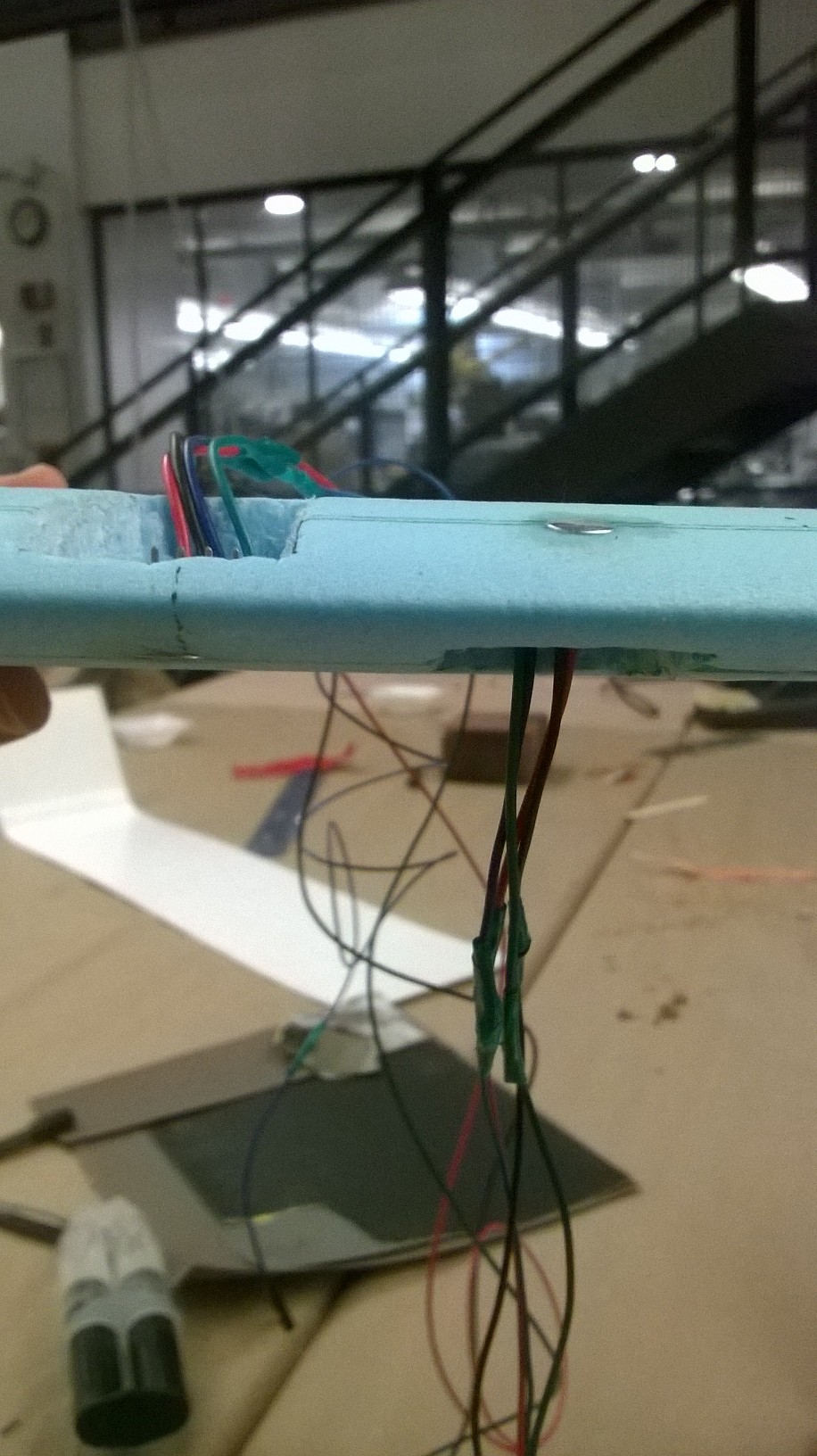 2:30pm– I run to catch a glimpse of a Bell 429 that is said to be on Brigg’s Field and talk to Bell recruiters. I met a pilot, asked questions, and got to see it turned on to see the displays. 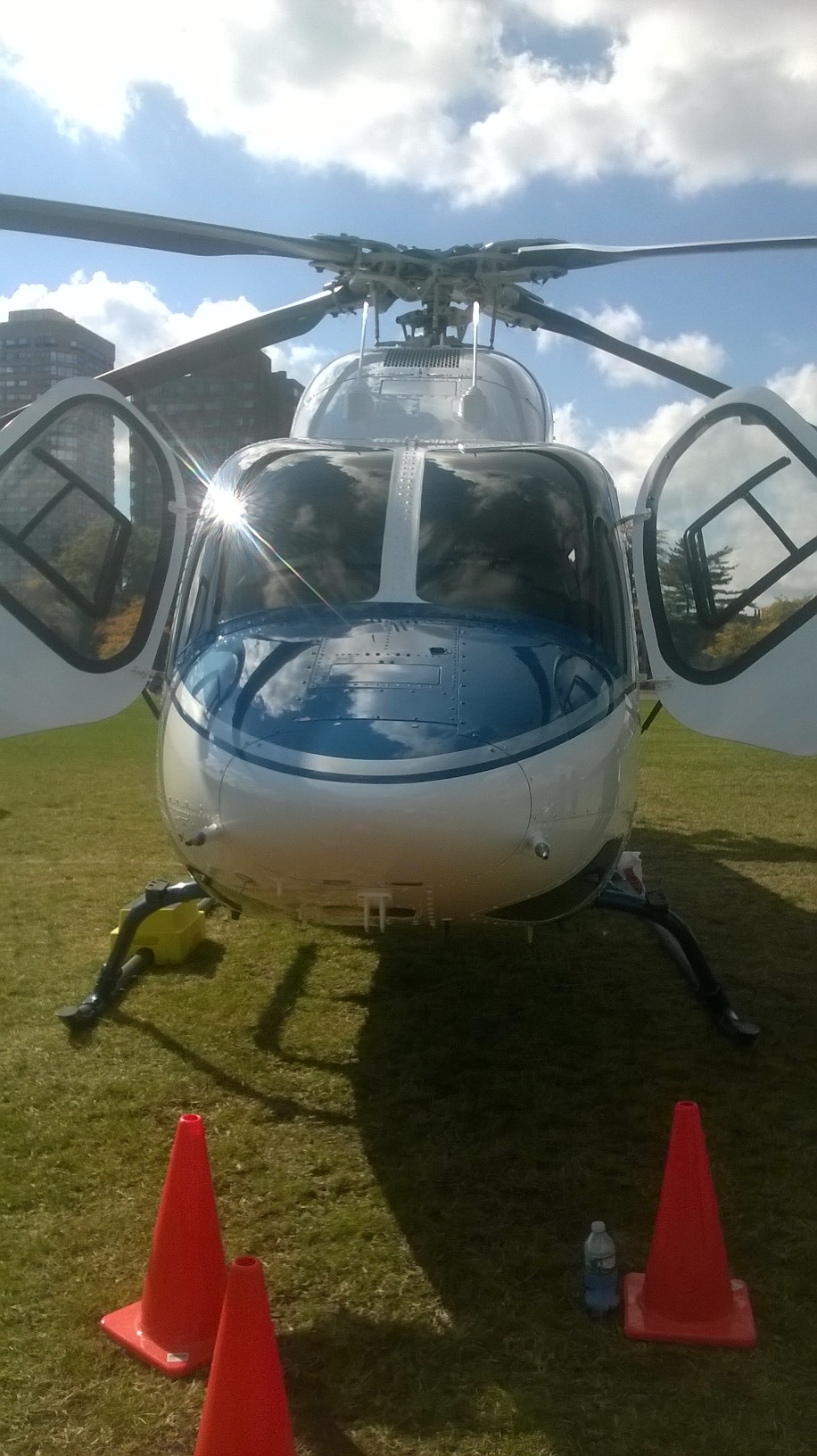 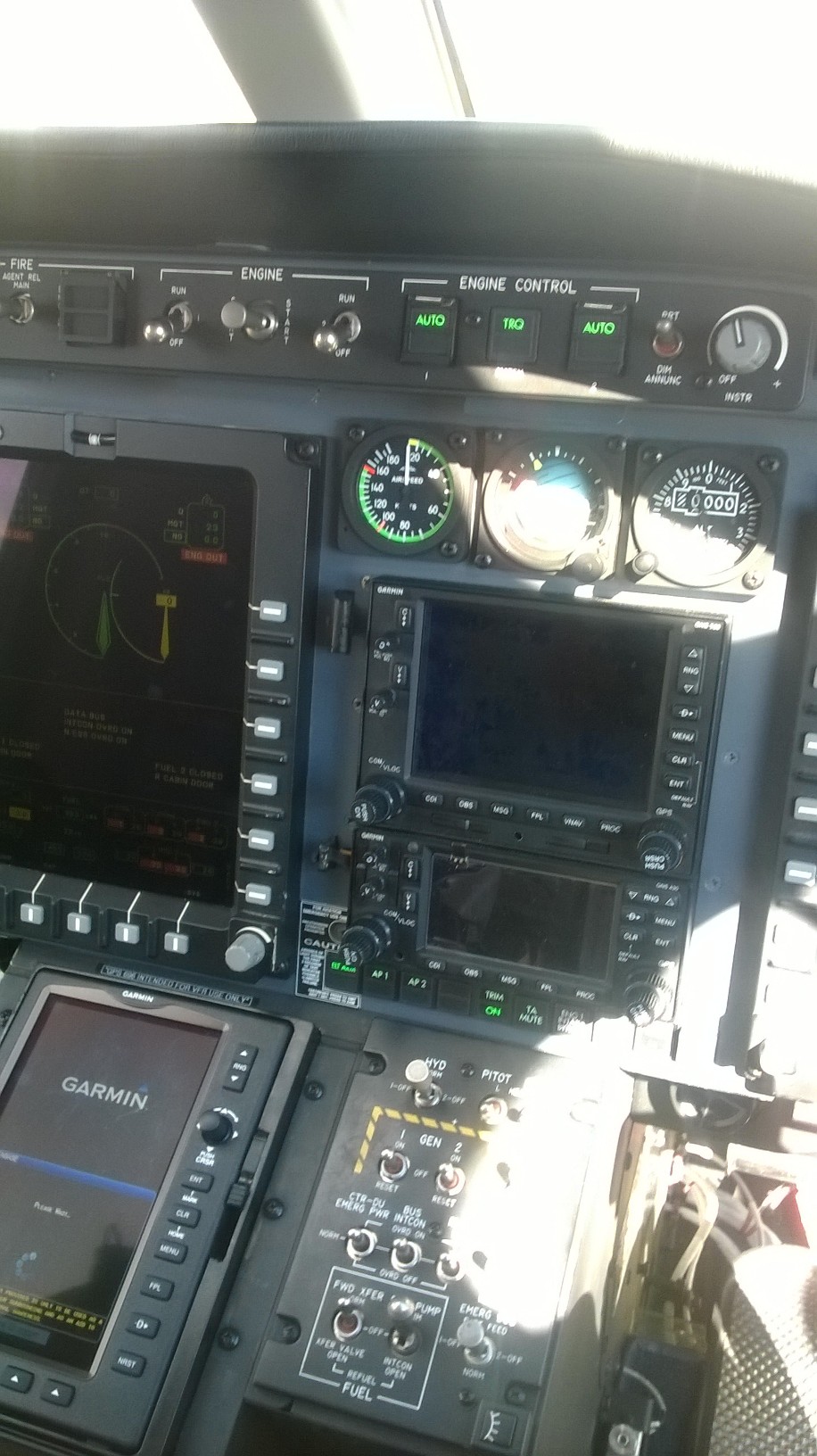 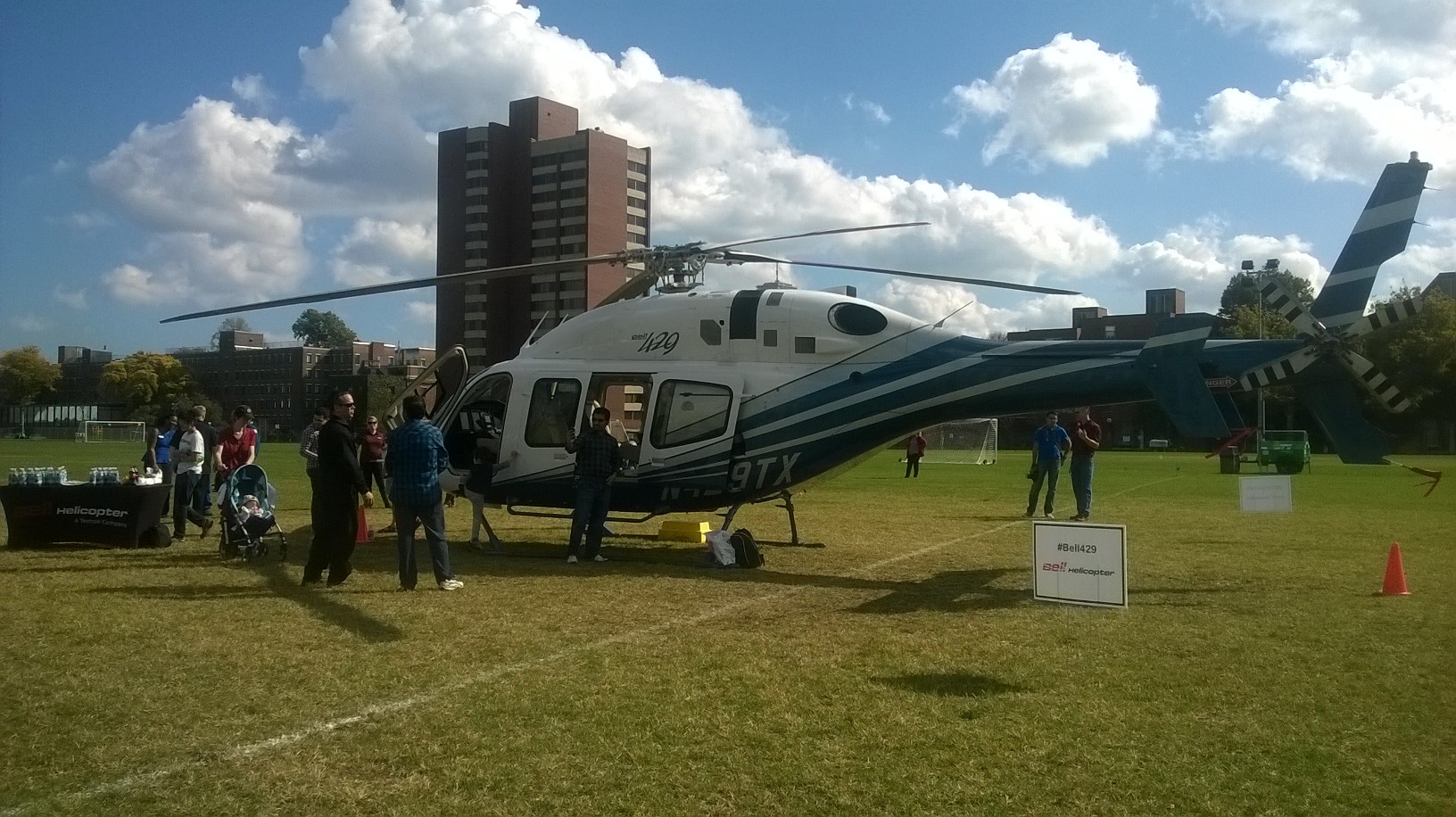 3:00pm– Aerodynamics class. Otherwise known as 16.100. On this particular day, we learn about streamline curvature. Magic. But actually, differences in pressure need to physically make sense. Magical. My notes for the day: 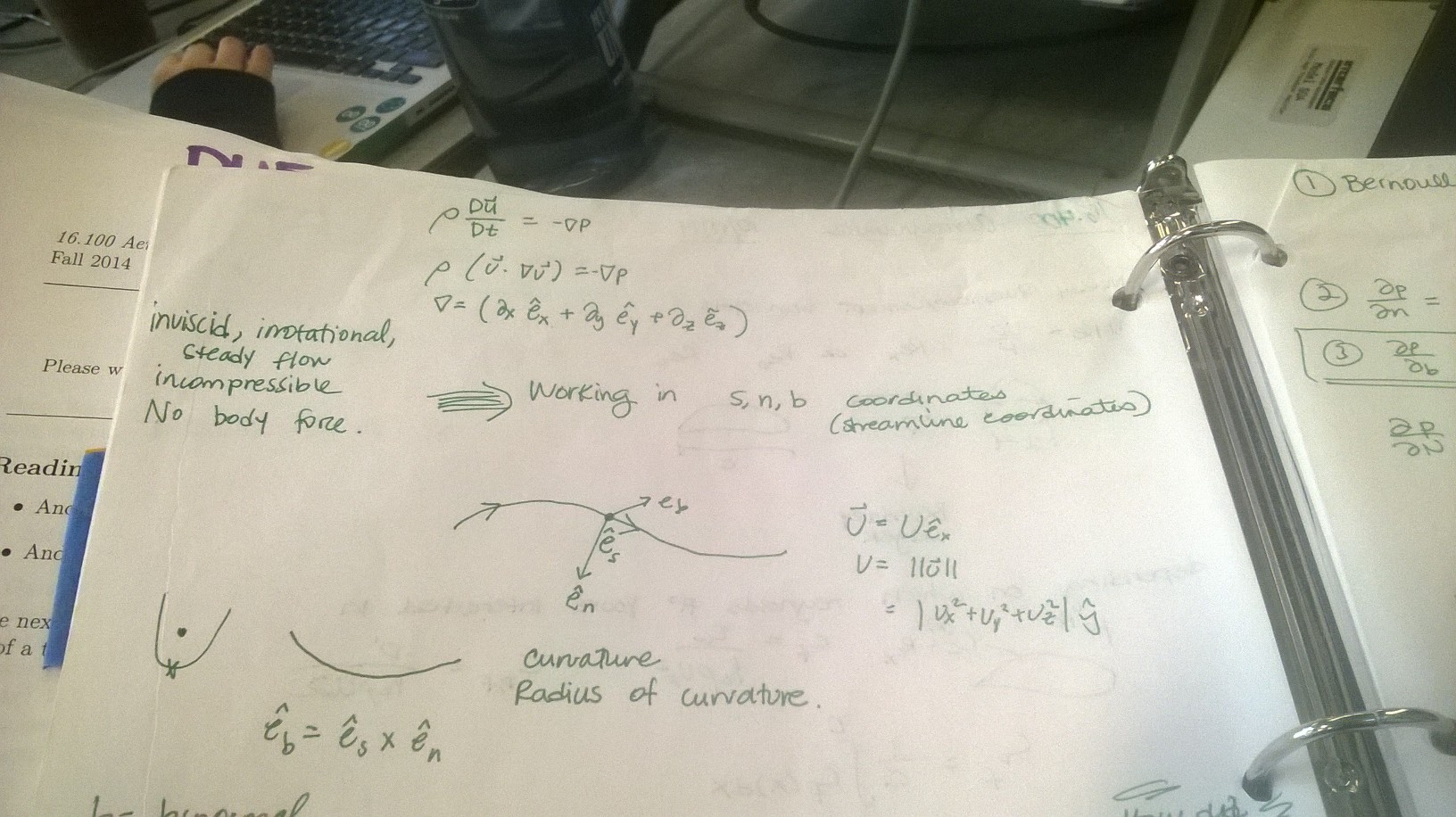 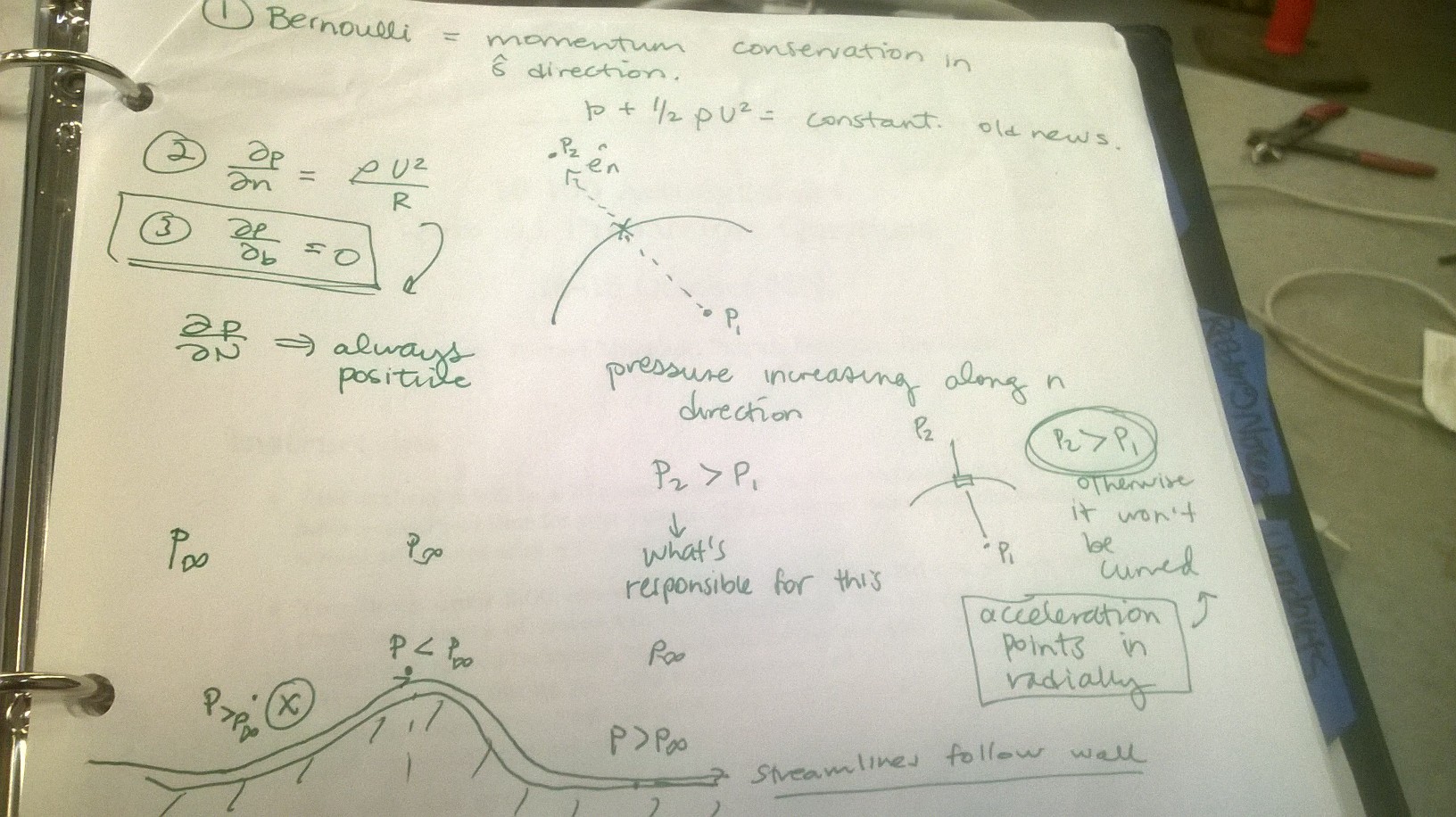 4:00pm– TGIF (Thank God it’s Friday) with Raytheon. Every so often on a Friday, the Office of Minority Education holds TGIF’s with food and raffles–engineers come and talk to students about what their companies do, and then for the rest of the time, you play board games, eat good food, and ask questions about how to become a real person in the real world. When he had a break from us asking what projects he worked on and what his career path was like, Scott from Ratheon (and also an MIT alum!) asked us what the most important thing we’d learned at MIT so far.There were 2 other students at the table with me at this point.

Amen. To all of those. And then I won a Ratheon mug and a gift card for the first time at a TGIF! :)

5:30pm-By this time, I realize that I am indeed not wearing a black shirt like I need to be for an event later on in the evening. So I email my sorority asking if I could borrow one from anyone on campus (too far to go back home). In the meantime I run into Steph ’16 working the Relay for Life booth. Music is blasting right outside the Student Center, definitely making it feel like a Friday. I sign up. They have pumpkins to decorate, pizza, and cookies. I take my desert. 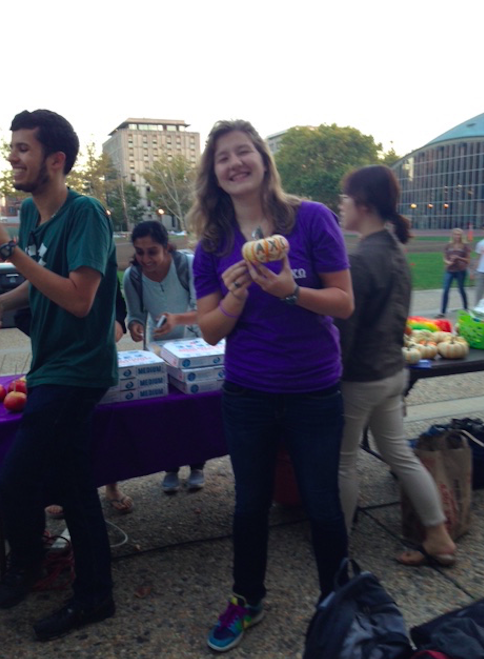 6:00pm-I get 3 emails in helpful response within 20 minutes. Estefania ’15 brings a bag of black Tshirts for me to choose from. AND everything is so convenient that we walk to the next thing on my agenda: 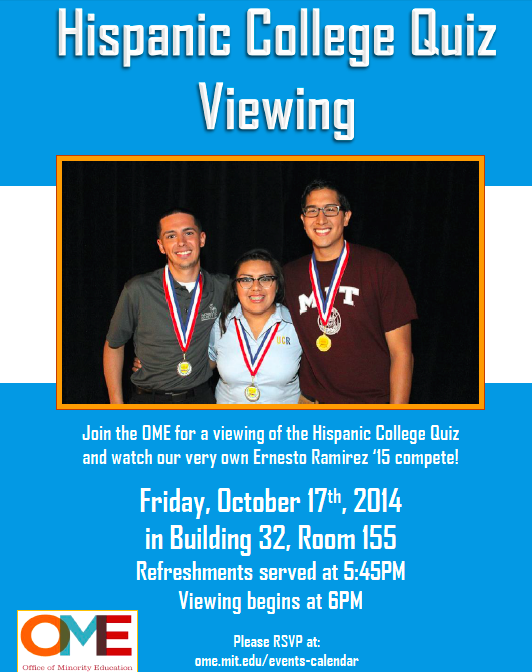 We watched Ernesto win first place at the hispanic college quiz and he told us about what it was like to be behind the scenes on TV. Apparently sometimes on quiz shows there are people crouched behind the podeums changing the scores.

7:15pm-The last scheduled thing to my day: I put on my black shirt and head over to Kresge Auditorium. I signed up to usher for the Jupiter String Quartet concert. (It’s a good way to make money AND listen through a concert.) I scan tickets and welcome people. I listen to beautiful music and watch the quartet writhe passionately in their chairs, and their hair shakes like dry spaghetti’s.