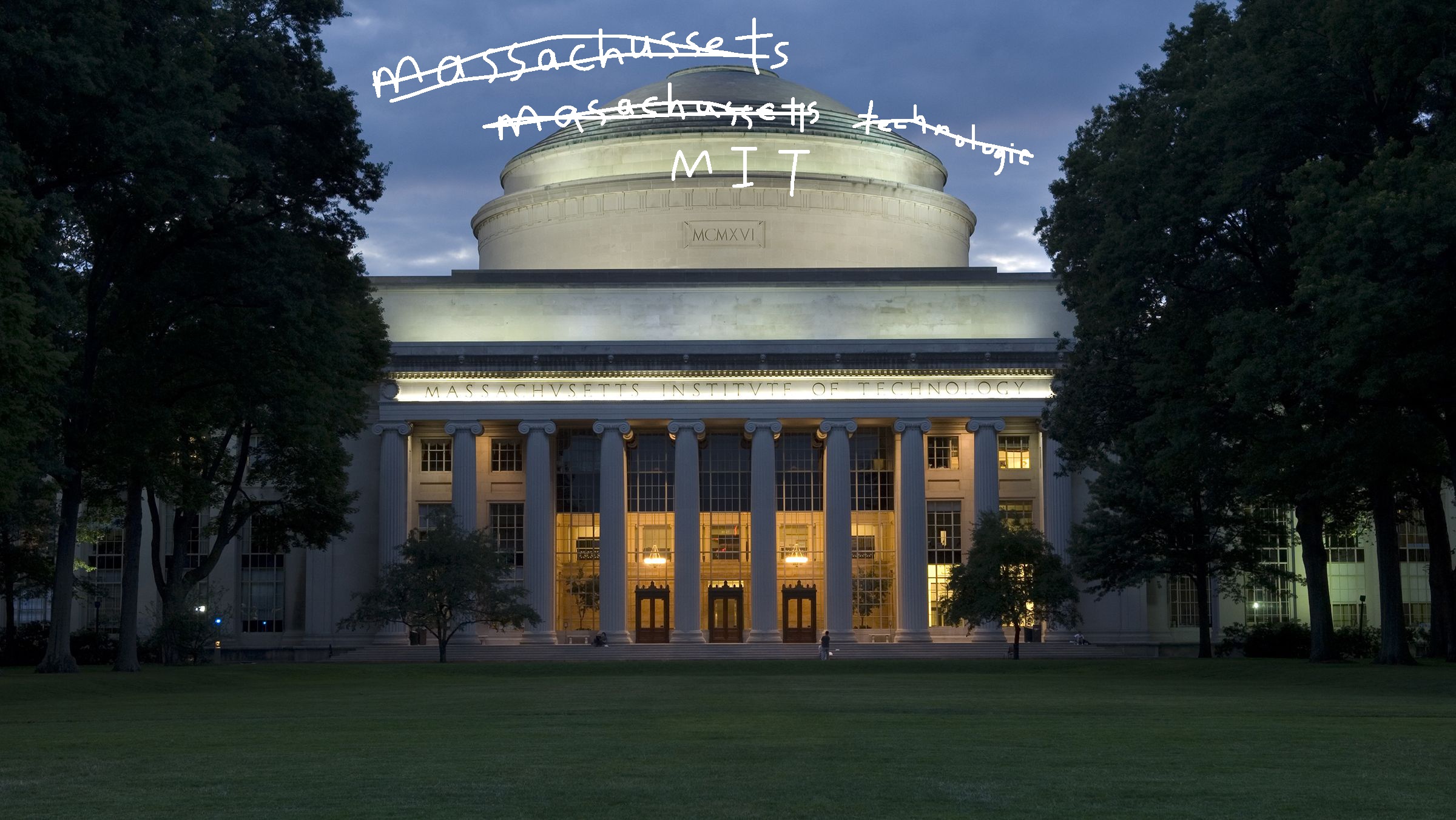 The Massachusetts Institute of Technology is globally renowned for its contributions to the fields of science and technology. But do you know MIT as well as you think you do? These facts will totally blow your mind! 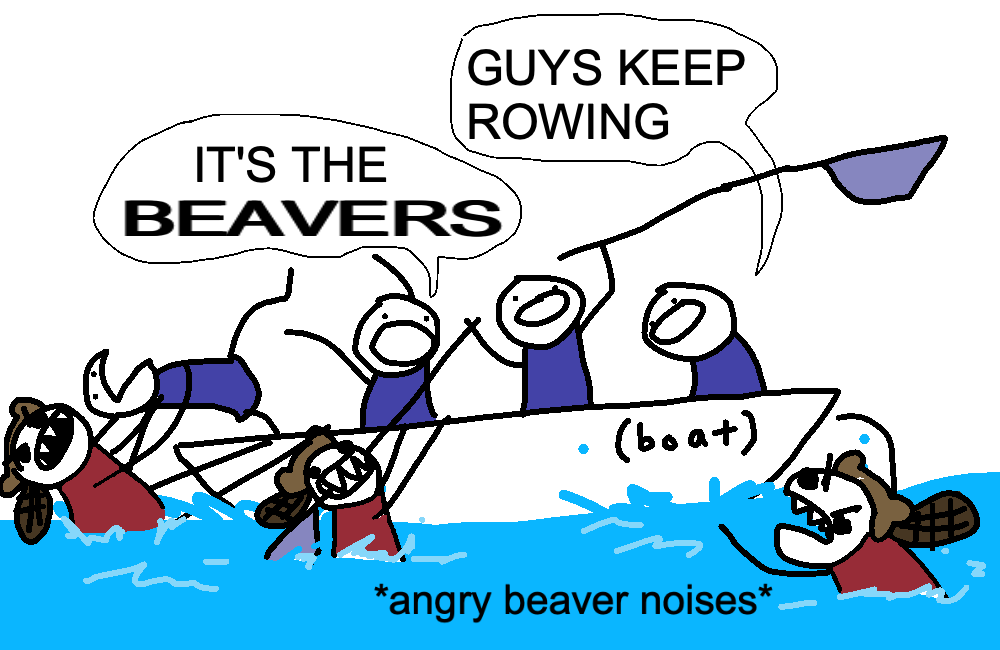 The Beaver Club is an unofficial student and alumni club living in the Charles River in an effort to convert MIT students to the “Way of the Beaver,” a doctrine created by MIT students in the mid-1900s. Its members are sometimes found in the depths of the Charles River, where they occasionally crawl onto land and chip logs down with their teeth to construct dams in the river. They have been known to cause mild disruptions during the Head of the Charles Regatta, earning them their controversial status.

*throws mud at them and screams* 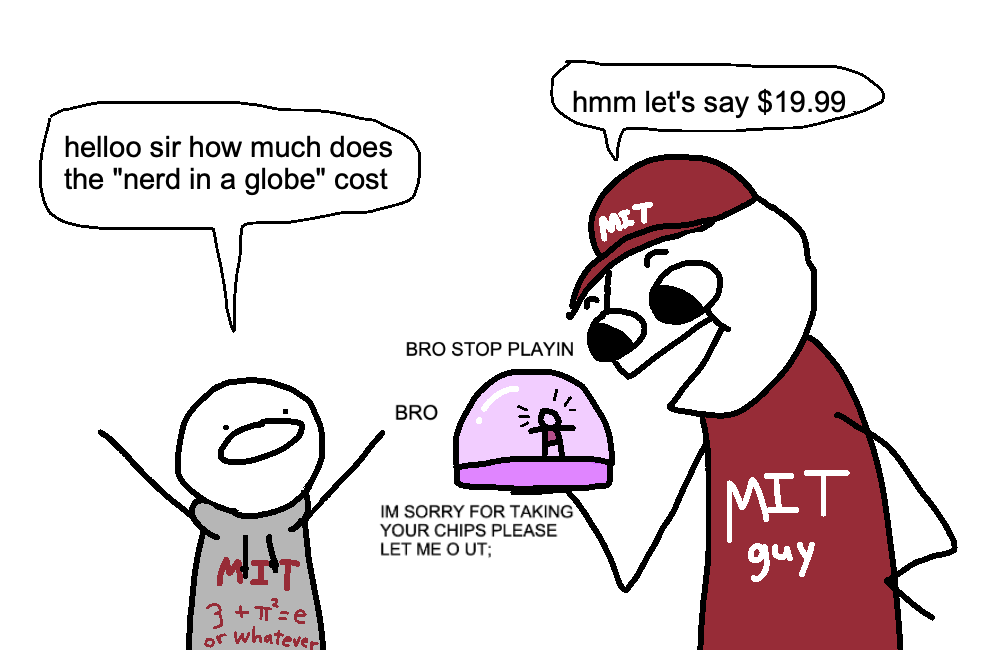 Underneath the MIT COOP store is a basement that sells eccentric MIT merchandise, including but not limited to tiny alien terrariums, nanobots, corpse reanimation kits, and more! Although the secrets to which these products are made or obtained are unknown, we can say for sure that it gives off that quirky MIT charm.

“Did you shrink yourself down into a terrarium and make yourself the leader of a mini alien colony again?”

“I have a bad habit of overcommitting, okay?” 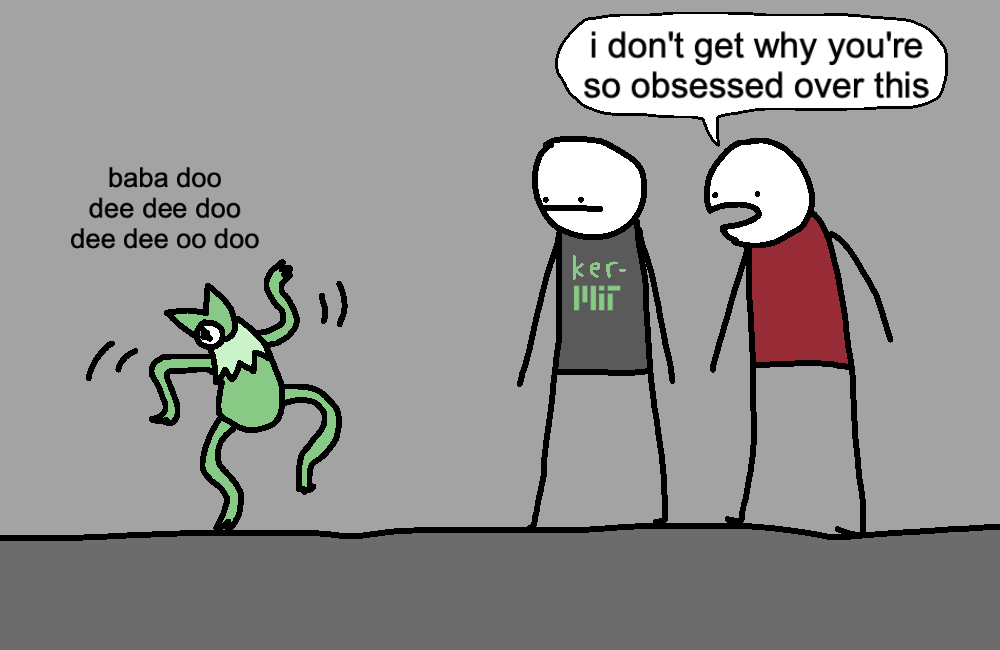 Rumor says that a haunted Kermit doll (“KerMIT”) roams the campus tunnels. Today, the KerMIT has been spotted in the tunnels humming and even doing a little jig in front of the Borderline murals. Even though the KerMIT is overall a benevolent figure, its mischievous nature sometimes makes it a tricky character to deal with. There is now a small group of undergraduates who worship the KerMIT by performing rituals to appease the doll.

“Time’s fun when you’re having flies!”

“NO KERMIT DON’T RELEASE THE FLIEEEEEEESSSSSS” 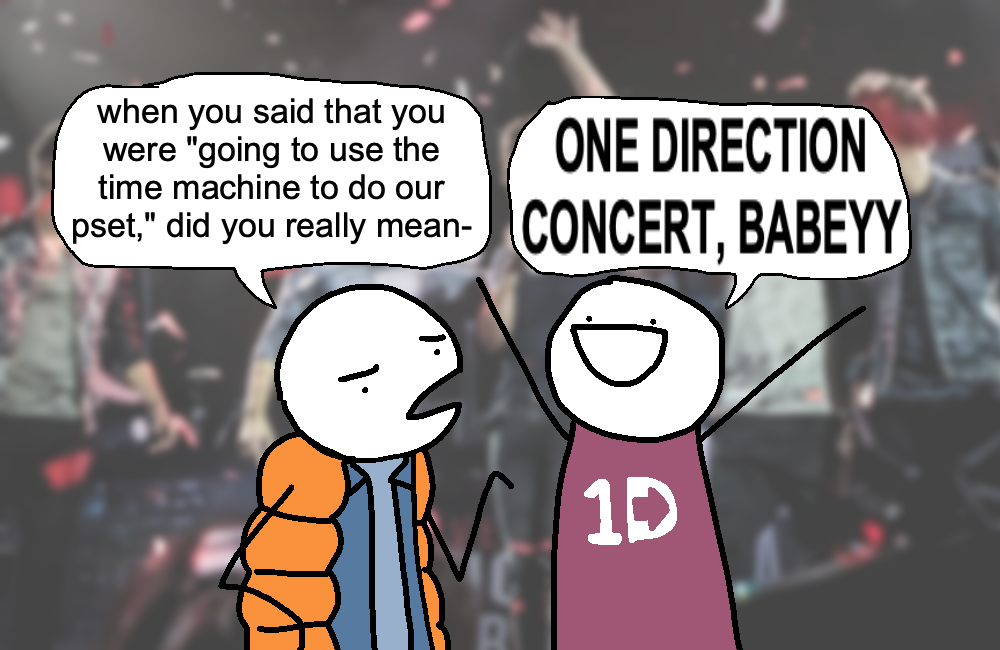 One of the most challenging courses at MIT used to be Course 25: Time Travel. Allegedly, a Course 25 major thought the psets were so difficult that they traveled back in time to stop Course 25 from existing. This turned out to have an unexpected positive effect, since the continuation of Course 25 would have eventually resulted in the Time Police putting the entire university under infinite lockdown because of a student time travel mishap causing a war between humans and machines.

“Are you telling me that you built a time machine…out of a 2008 Honda Civic?” 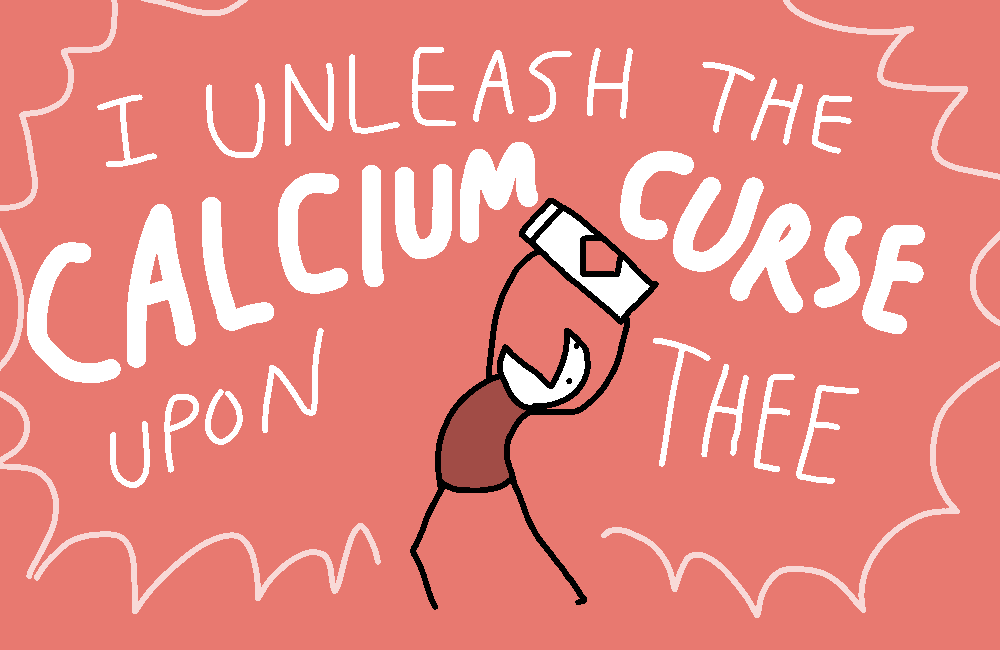 Inside Random Hall resides The Milk, which is now believed to wield mystical powers, according to some nearby students. Students have allegedly heard voices from the container of rancid milk, and some say that it has even spoken prophecies. Although mostly harmless, MIT students try not to anger the putrid prophet to avoid facing its wrath.

“i’m not lactose intolerant, i just don’t like milk” 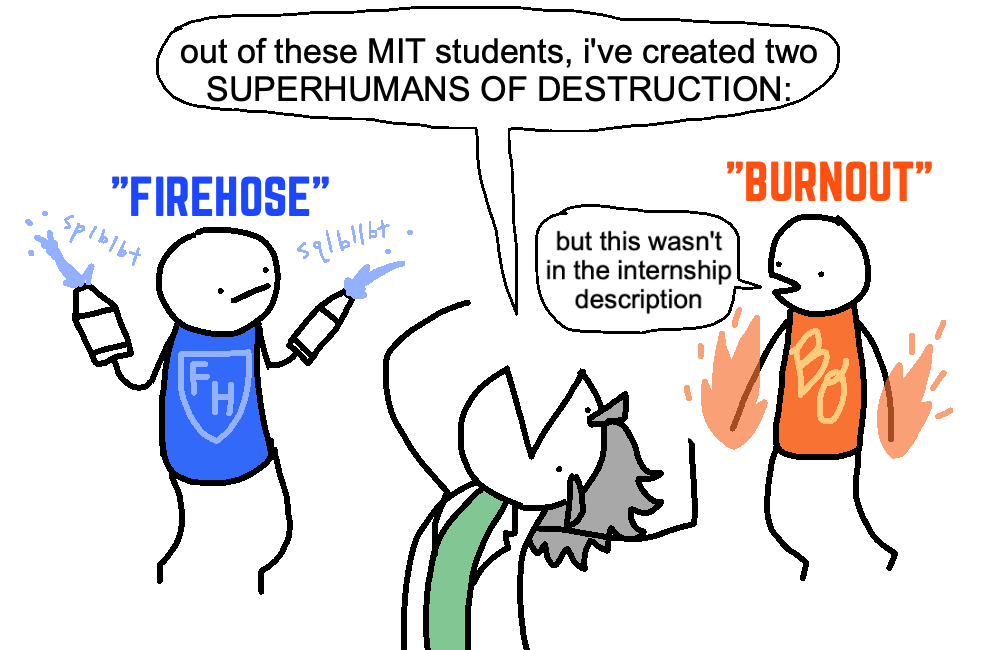 Kendall Square is an area that houses numerous tech companies and MIT-affiliated buildings, as well as Kendall Station. MIT students and staff can also access what is called the “Kendall Cube,” a popular area for MIT students to find summer internships. Notable businesses and organizations there include the Corporate League Association of Mad Scientists (CLAMS) and the American Society of Superpeople (ASS).

“Hi! I am very passionate about mad science, and I have even worked on some personal projects involving synthetic humanoids and super mutants. I am very excited to intern at CLAMS this summer!”

“someone throw that nerd into the cryo-chamber” 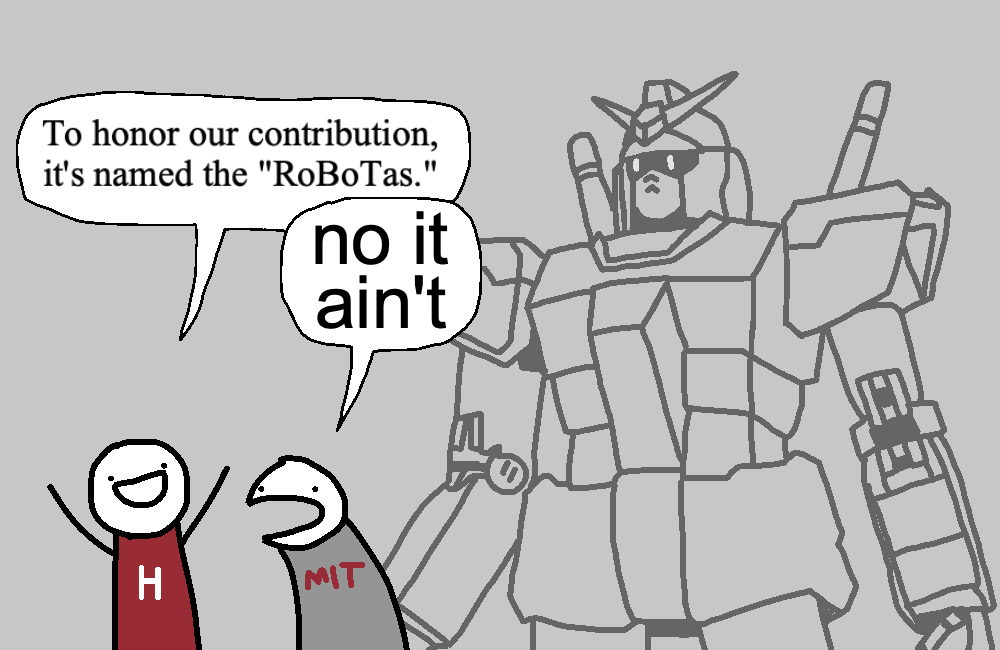 MIT often collaborates with other universities in Boston and Cambridge, one of which are Harvard University. One of the more well-known projects with Harvard was the development of an 80-meter tall combatant robot that was originally stored in MIT’s Z Center but was relocated to a subterranean space underneath Harvard Stadium. Both Harvard and MIT students can cross-register to participate in the program.

“Is this the button that opens the door? I really need to pee”

#8 – That One Time When MIT Students Blew Up the Sun 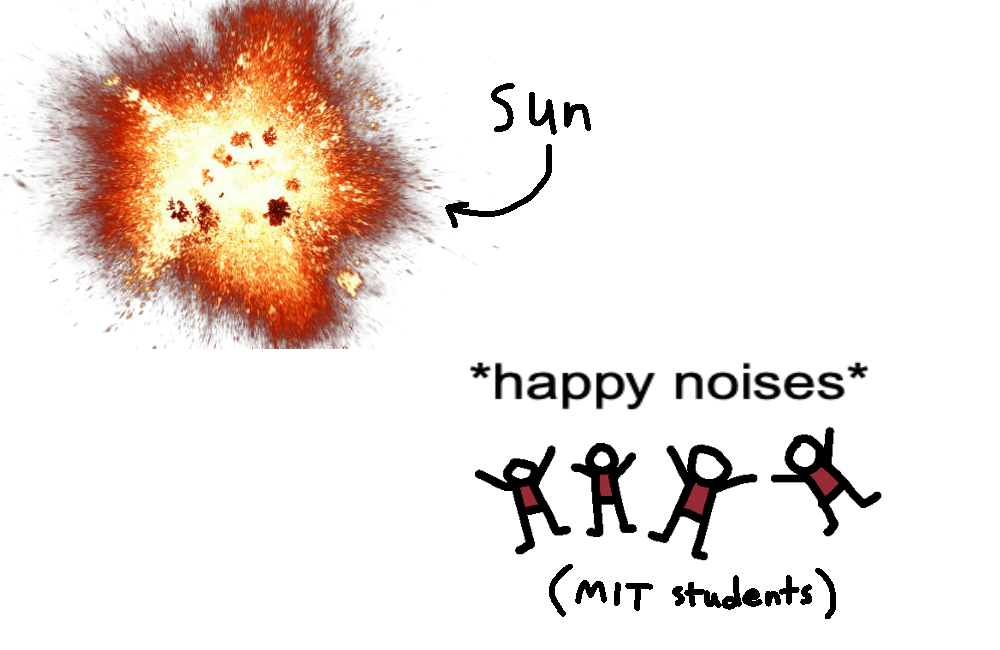 For a fun prank in 1992, MIT students decided to blow up the sun during their senior year. Because of minor consequences following the explosion of the sun, they had to quickly replace the sun with a replica before federal authorities could discover its absence. The students allegedly shouted, “Yeetus Deletus” before detonating the sun.

“Actually, my finals got canceled so I had no problem with it! Although my Game Boy melted in the resulting explosion. And my face.” 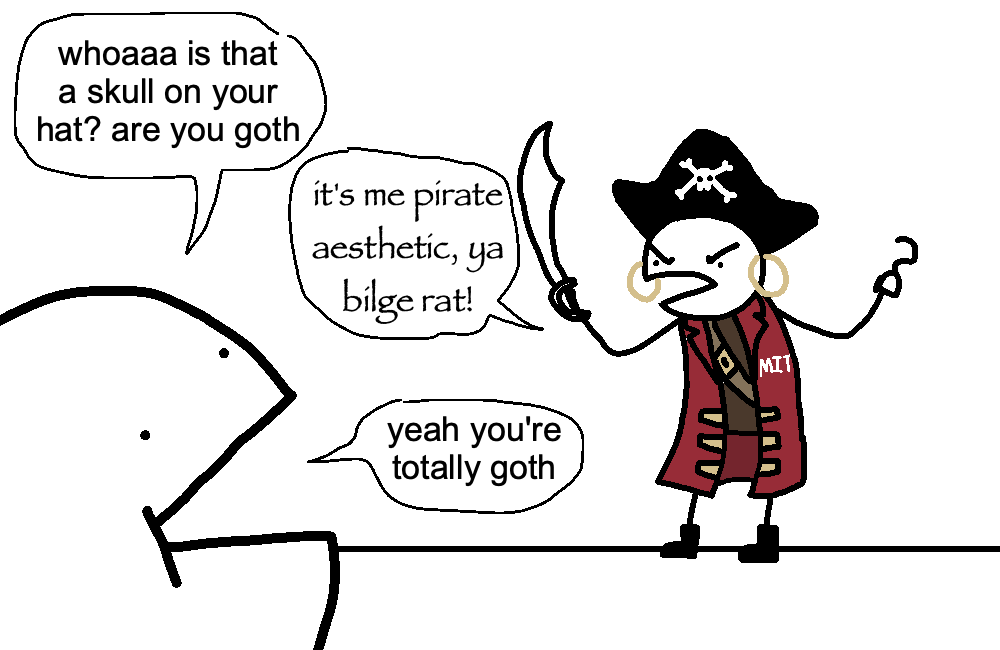 The MIT Pirate Certificate is given to undergraduate students who complete the archery, fencing, pistol (or rifle), and sailing courses for their PE requirement. Although the certificate “does not give the recipient license to engage in piracy or any pirate activities,” Captain Fishbones the Foul (MIT ‘13) sometimes sails her pirate ship through the Charles River to mess with some of the college sailing teams.

In a [deleted] gone awry by students who rewrote “Massachusetts Institute of Technology” as “MassTech,” similar to how the California Institute of Technology is written as “CalTech,” the student’s identities were [deleted] by [deleted] in fear of [deleted]. [deleted] stated, “We’ve been through this before. The power of M̷͖̖̰̼̅͋a̴͉̲͒̎̌̈s̵̙̜̙̯̚͠s̴̨͕̰̓T̷͎͕̥̂͒̚͜e̴͙̔͊̄̔c̴̼̿h̷̡͈̙̠̃̓̇̓ can lead to deep consequences, a [deleted] that we will make sure will never happen again.”

This comment has been removed at the request of the owner.