and hopefully you'll learn to love them too.

Congratulations! You’ve probably gotten into more than one college and now it’s time to decide which offer to accept. As a senior blogger, I’ve written about this before (here , here, and here), but I thought I’d offer a list of 10 things that I love about MIT (in no particular order.)

1. The students
This one is a no-brainer. Thanks to the Admissions people, my classmates are a ridiculously talented bunch with the most diverse interests. There are the pre-meds and the hackers, the thespians and the band geeks, the gear heads and the tissue culture nerds. Everyone is involved with a million activities, which can be frustrating when you’re planning a meeting, but is generally amazing to witness. Additionally, no matter where you live or what your major is, MIT students can always bond over how much work that they have to do. It’s an instant conversation starter. I’m surprised that the song, “It sucks to be me,” isn’t more popular (maybe because not enough people have seen Avenue Q.)

2. Rooms with a view and living in Beantown
I love the river. The majority of dorms are by the Charles River and in Baker, for example, 80% of rooms have a river view. I also can’t imagine a better a college town than Boston. For more about the community service and fun opportunities in Boston, read one of my previous entries here

The view from my sophomore year room in Next House (my Baker rooms have better views but I don’t have pictures): 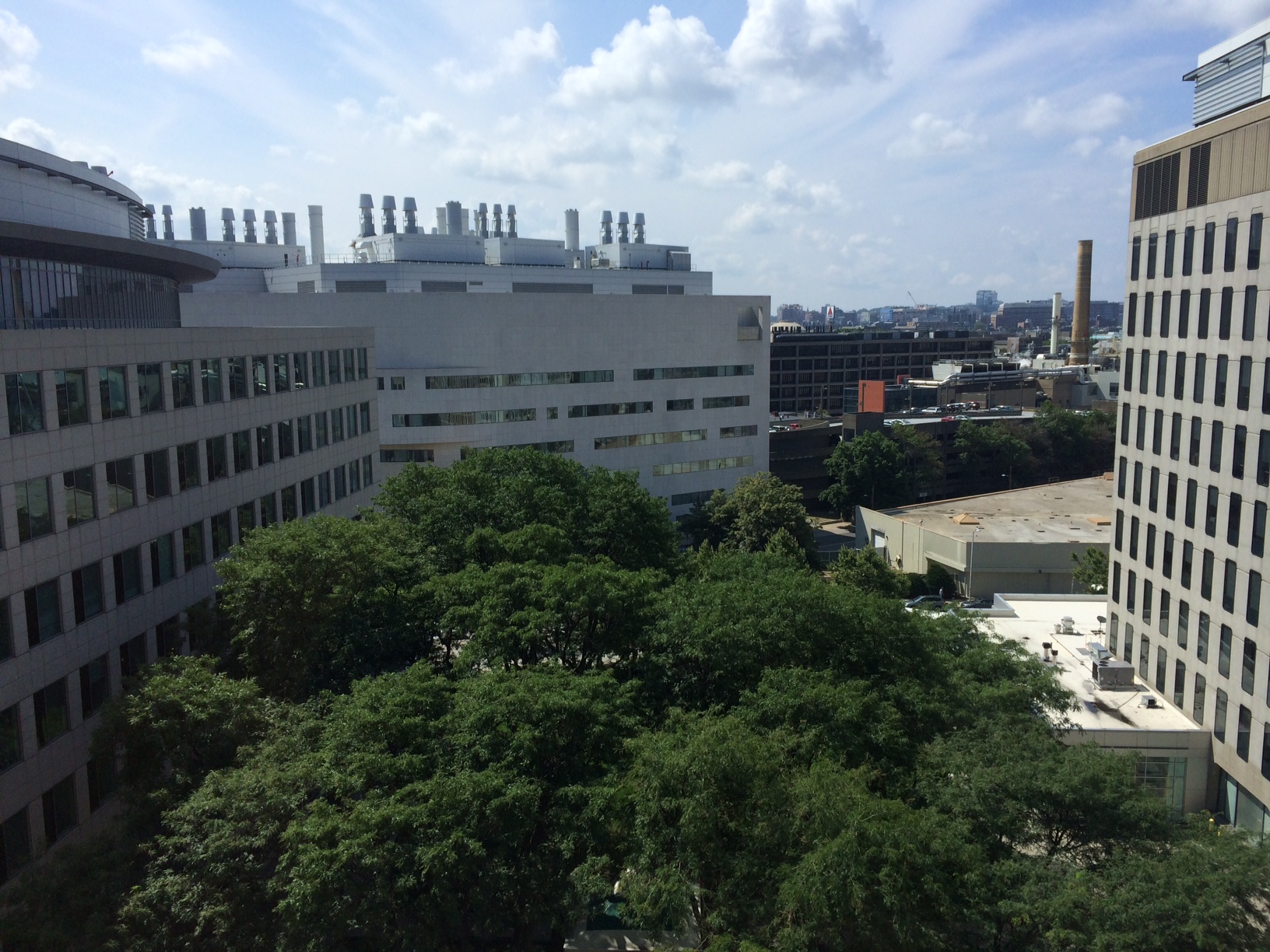 Also, thanks to the UROP program, you can do research for all four years of college and who knows, maybe you’ll get to join this elite Nobel club one day!

4. It’s a meritocracy
It doesn’t matter who your great-grandfather was or what year you are, as long as you’re qualified you’ll get a UROP as a freshman, become editor-in-chief of an MIT research journal as a sophomore, and become president of your dorm as a junior. This is a beautiful thing, and not one to dismiss quickly.

5. You have freedom to choose your classes
It is so cool to be able to take pretty much any class, in any department, at any school (MIT, Harvard, Museum of Fine Arts, Wellesley.) There are a few classes that are notoriously difficult to lottery into (like some Management classes offered through the Sloan school and some of the pre-med lab requirements), but in general you can’t whatever interests you. If you don’t feel like working too hard in the class, you can take it on pass/no record or as a “listener.” You can play a fun game by going to the subject listings and making a hypothetical schedule for yourself on WebSIS.

6. Freshman 1st semester pass/no record and IAP
This is proof that MIT is not out to get you. They’re so kind, in fact, that they give you an entire semester to acclimate to the pressure-cooker of MIT. For more info, read the entries on: “Why You Can’t Fail A Class Freshman Year.”

I’ve probably talked your ears off about IAP, but it’s such a fun time to do whatever you want. This IAP, I worked on my senior thesis, explored Boston, took a wine tasting class, worked out at the gym, and saw several movies. My classmates traveled around the world, got experience in companies through externships, and shadowed doctors in hospitals. To read more, click here.

7. The professors care about you
One of the reasons that I didn’t go to University “X” was because I heard that the professors were much more concerned about their graduate students than the undergrads. At MIT, I would definitely say that this is not the case. When professors are teaching an undergraduate class, they really dedicate a lot of time to preparing the lectures (I heard that it takes ~10 hours to prepare a 1 hour lecture) and they hold weekly office hours where you can just walk into their office and barrage them with questions. Additionally, you’re automatically assigned to a professor who serves are your advisor, and they’re a tremendous resource.

8. People will assume you can fix their cars and build the next space telescope
This comic, from the Feb. 29, 2008 issue of The Tech, says it all…except the attention is not always negative (especially when it gets you a job)!

9. Everybody loves a nerdy joke (or at least they won’t pellet you with rotten tomatoes if you make one)
Re: my entry on math jokes: here

10. There’s always too much to do: the work hard/ play hard mentality
Sometimes, I’ve had so much work to do that it made me cry. That’s the reality. When it’s 2 am on a Thursday night and you still have half a problem set to do, it’s nice to know that the weekend is just a day away. I’ve never taken the time to count up how many emails I get about events on a particular weekend, but I’d venture a guess that the number is around twenty. There are hundreds of student groups that get money from MIT to host cool events. Consequently, the choices are dizzying.