looking back on what we left behind

Over the last few weeks I have found five historical videos of MIT, ranging from 1994 all the way back to 1934! In this post, I’ve embedded the five videos (in reverse chronological order) and written some notes and thoughts about them. I also pulled some pictures and gifs of the most striking old-timey scenes I found.

In total there’s around 2.5 hours of video (or 1.25 hours if you watch it all on 2x speed). I’d say it’s a worthwhile watch and can be helpful if you’re missing MIT like I am. Some things have thankfully changed a lot, but a lot of things seem like they could have been taken just a few months ago. Check it out:

In Cambridge, Massachusetts, just across the river from Boston, lies the Massachusetts Institute of Technology, one of the world’s most famous universities. MIT students are some of the most talented and intelligent students alive, and among them are many Black women – women who have had to overcome many intellectual and social challenges at MIT.

The students and researchers in this video share interesting stories and perspectives both about their general academic experiences and the way being a Black woman has shaped their MIT experiences. Here are some parts that stood out to me because of their connection to 2020:

I think students who come here should be ready to let their passions fly. This is a place that is very conducive to taking these passions, these dreams, and molding them into reality.

This video was made by the MIT Admissions team back in 1992 to serve as an informational advertisement about the MIT undergraduate experience. It’s definitely a little cringey. The video starts with an admissions officer demanding a video be made to explain MIT to prospective students. The admissions officer critiques the video at certain points, forcing it to repeatedly pivot to appeal to the priorities of different groups (such as students vs. parents) and pointedly address misconceptions about being an MIT undergraduate.

This long-lost video from the MIT Museum highlights student activism. There were a lot of quotes that I feel have parallels to today:

Seems like all of the departments I’m dealing with are broadening their scopes, looking at certain problems from all sorts of other viewpoints other than the technological one. People are looking at the things their doing in the ways that they affect people. (1:30)

We always need more of this, especially at MIT. There are countless areas where this reckoning is needed, from climate change to defense technology, but due to my own academic interests I have tended to focus on MIT’s leadership in artificial intelligence research. I hope we can become as strong a leader in identifying and combatting the issues that AI can perpetuate or create (such as racial and gender bias) and use our institutional power to actively resist using AI in harmful ways.

MIT has traditionally been known as a very apathetic school, and how exactly this relates to the emphasis on science here I wouldn’t want to go into. However, it has been very noticeable that over the past few years – I’d say past three years – the active involvement of the MIT student body has been increasing. (1:48)

Just like this student from 1969, I’ve noticed a recent increase in the active involvement of the student body. Since I arrived on campus, I’ve felt like too many MIT students shy away from publicly discussing, let alone taking an active stance, on social and political issues. I came from a high school debate team where we spent a lot of time grappling with different issues and debating what the best solutions might be, so finding such little enthusiasm for these sorts of discussions on campus was frustrating. I feel that we all have an obligation to educate ourselves on global issues and take a stand to be the change we want to see in the world.

With the recent global amplification of the Black Lives Matter movement, I’ve seen more individuals and groups at MIT voice their thoughts and engage in discussions about important issues. Some individuals and groups reflected on how they contribute to ongoing racial inequities and made pledges to make changes. The UA and many other student groups took action by organizing donation fundraisers and creating petitions to re-emphasize the need for MIT to implement recommendations from the BSU/BGSA. I hope we can continue discussing and taking action on the issues that are important to us. We all need to step up for things to change.

I think it is this spirit of continual improvement, feedback, self-criticism… which is responsible for what is going on right now. In other words, to me at least, much of today’s unrest among students in the world, and young faculty members, comes from what people have called the expectation gap. They know what the world could be, and they also know what it is. (6:15)

The “expectation gap” is a new term for me, but I like it as a framework for thinking about what we want the world to be and identifying where we are now relative to that goal.

The Institute has changed quite a bit, since I’ve been here for four years. We’re trying to change student government, there’s been a flurry of political activity now. (11:28)

This quote also feels parallel to today. With a quote above I’ve explained how MIT’s student body has seen an uptick in political activity. With regards to student government, MIT recently elected Danielle Geathers, the first Black woman president of our Undergraduate Association (which is basically MIT’s student government). Danielle’s platform aims to make many restructurings to the UA and its foci, differing most notably from past administrations by creating a Diversity Council and emphasizing the need for more progress on the 2015 BSU recommendations. I’m excited to see where these changes take us.

The frontiers of a contemporary university are basically the same as the frontiers of human concerns, whether it be scientific curiosity or whether it be the problems in our society and in our world… to all these concerns science and technology are terribly relevant. (15:30)

I agree with this and hope that the world can stop treating science and engineering as though it is apolitical. Institutions and scientists perpetuate their politics through their operations and innovations.

There were a lot of things that also highlighted how much has changed:

so many similarities and differences!

This video was produced by Oscar H. Horovitz from the Class of ’22. Not 2022 (like I am), but 1922. This was definitely the most boring of all the videos. Some notable things: 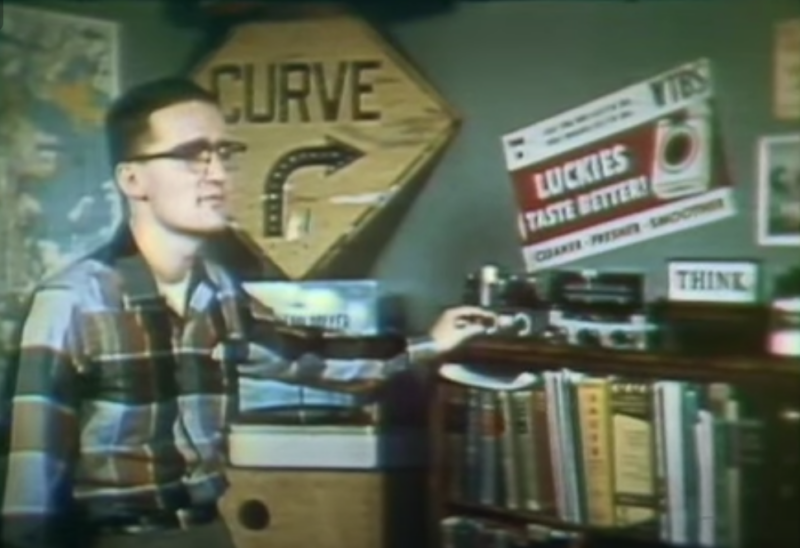 This is a silent film. It tells a great story of a student who gets a letter inviting him to come for a tour of MIT. It’s an exciting tour – I used to work part-time as a tour guide at MIT, and this 1934 virtual tour includes way more demonstrations of the tools being used and the science occurring at MIT than our modern tours do. By watching this video, I guess I went on a virtual tour at MIT (which we’re back to doing now due to COVID-19).

Some things that blew my mind: 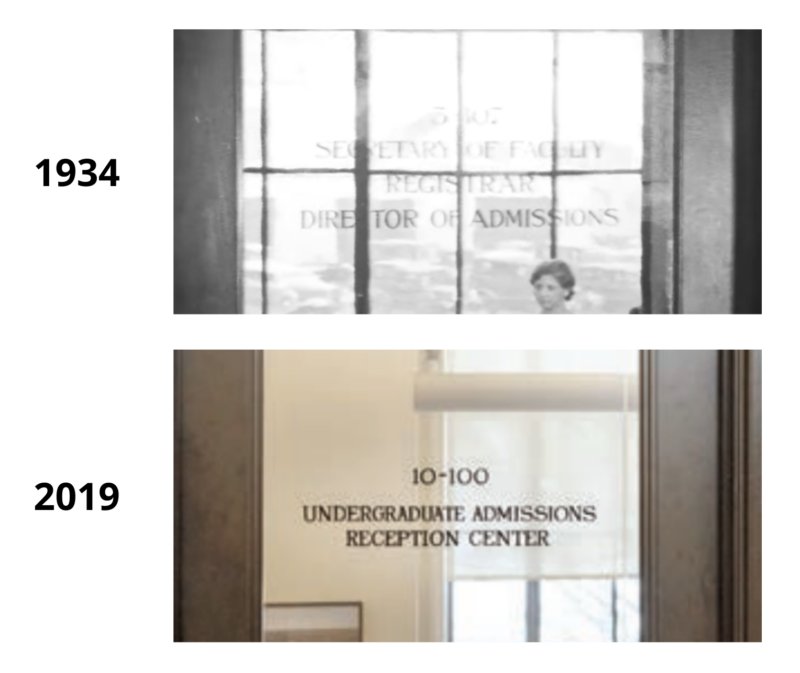 It’s odd realizing that at some point, the videos made from my time at MIT will be deemed historical; that our speech patterns, clothes, and video editing will seem as dated as these do now. Looking back was cool and provided a lot of chances to reflect on how my MIT experiences ties into the progression of history at large.