my plans for a year away from MIT during COVID-19

I’ve officially been on my gap year for a week! To begin my gap year, I left my home on Long Island to go live on a Christmas tree farm with a close friend. In this post, I’ll describe how I made the decision to take a gap year, how the first week went, and what my plans are for the next 51 weeks.

I’ve discussed briefly in some previous posts why I decided to take a Leave of Absence this year. The event that originally led me to consider taking leave was the way undergraduates were sent home last March. I was frustrated that so much of my happiness relied on my proximity to a university campus from which I could so quickly be expelled. I was also frustrated that the announcement to send us home came without any warning. One moment, everything felt normal, and the next, I had to leave campus as quickly as possible. I felt blindsided; with a bit more time to plan, I could have made arrangements that would have made the last few months a lot better for me. More specifically, I could have looked for alternative housing so that I wouldn’t spend nearly six months in a household I had long since outgrown.

The next few months after getting sent home only increased my frustration with MIT’s response and the new reality of being an MIT student during COVID-19. At first, the idea of taking leave was just a small seed in the back of my mind, but after many more weeks passed with no official news from MIT about how they would handle the fall, I decided to seriously consider taking leave. I realized that taking leave would allow me to feel in-control of my life again.

If I took leave, I wouldn’t have to wait for MIT to announce their policies to know what my next few months would look like. I would be free from any sudden policy changes MIT made. I could determine on my own where I would live, who I would live with, and how I’d be spending my time.

I asked my parents what they thought of me taking leave. They said they would be on board with me taking leave as long as I found internships to fill all of the time I would otherwise have been in school. This aligned well with my own goals; I didn’t want to just take leave and do nothing.

In early June, after finishing my final exams, I began searching for internships. I got lucky and managed to quickly get a few offers for the fall. I was surprised – I had a pretty rough time the previous year as I had gone through the application and interview processes for summer internships. Once I had a few job offers for the fall, I re-negotiated one of them to start in the spring. By late June, I had finalized my work plans for the next nine months. I told my parents, and the plan was set. I’d be taking leave from MIT for a year. I made arrangements with my friend to live together on the farm.

On July 6, MIT released their plans for the fall. In the end, I felt that MIT provided very little real transparency as they formulated their fall plans. As Nisha pointed out in her post, the main options they presented to us as being in consideration ended up all being very different from the plan they finally decided on, which was to only bring back seniors and have nearly everything (classes, research, etc) be remote, or cancelled if a remote version wasn’t possible. (However, I am very proud of MIT for taking a conservative approach to reopening. In recent days, many schools who took a more optimistic approach ultimately had to cancel their plans to bring students back at the last-minute. Many schools that brought students back anyway have scary numbers of COVID cases on their campus.)

For various reasons, some perhaps purposeful and some perhaps just due to the rapidly changing nature of COVID-19, it seems like universities keep announcing plans at the last minute. Most of these announcements make the academic year a worse (but safer) experience for students. For example, schools like Princeton and Johns Hopkins made their semesters almost entirely remote just before the start of the semester, when for the previous several weeks their students were under the impression that they’d be heading back to campus. I fear MIT will end up making one of these last-minute announcements as we approach the spring. They’ve said that the three other classes (freshmen, sophomores, and juniors) will all be invited back in the spring, but I don’t see how that’s possible given that this semester they could only safely handle having one class back.

Last-minute announcements make it extremely difficult for students to make alternative plans. A lot of my peers who wanted to take a Leave of Absence after MIT’s July 6 announcement found that they didn’t have enough time to look for internships or make other arrangements. I was only able to find a job and housing by making lots of negative assumptions about MIT’s unreleased plans. But it shouldn’t have to be that way – schools should be transparent such that students aren’t blindsided by policy announcements.

So, all in all, my biggest motivation in deciding to take a gap year was my desire to be in-control over my life. Being an MIT student and living according to last-minute dramatic policy announcements was just too stressful for me. My heart goes out to all the students who feel similarly negatively affected by these circumstances and can’t take leave.

I’m incredibly excited for my gap year. Coming into college, I never thought I’d take a gap year. I guess I also never thought that a pandemic would happen or that I’d get sent away from campus. Of all the unexpected twists of the last year, taking a gap year is one of the rare few I feel excited about.

I have a few main goals for my time off from being an MIT student:

In a word, the first week of my gap year was amazing. I think I’ll just leave a collage of photos to summarize the fun I had hanging out with my roommate and making progress on my gap year goals. 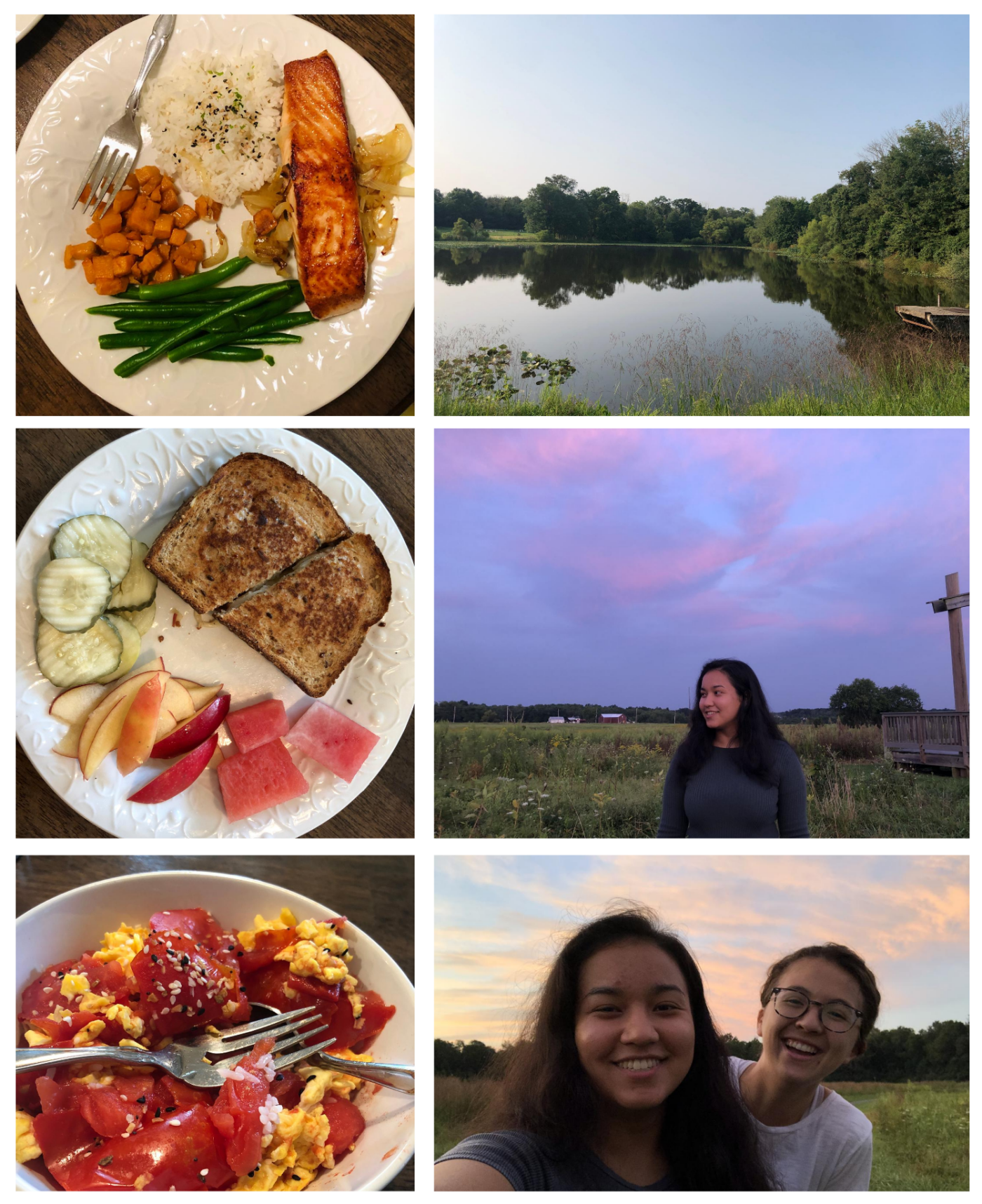