You didn't think I would miss an anniversary, did you?

If you're the kind of person who remembers to look up once in a while, it's not that uncommon to wander MIT's campus and find yourself wondering: How did THAT get there?

Four score and zero years ago, on this date in 1936, a similar thought likely went through the minds of one or more of the people in this photo: 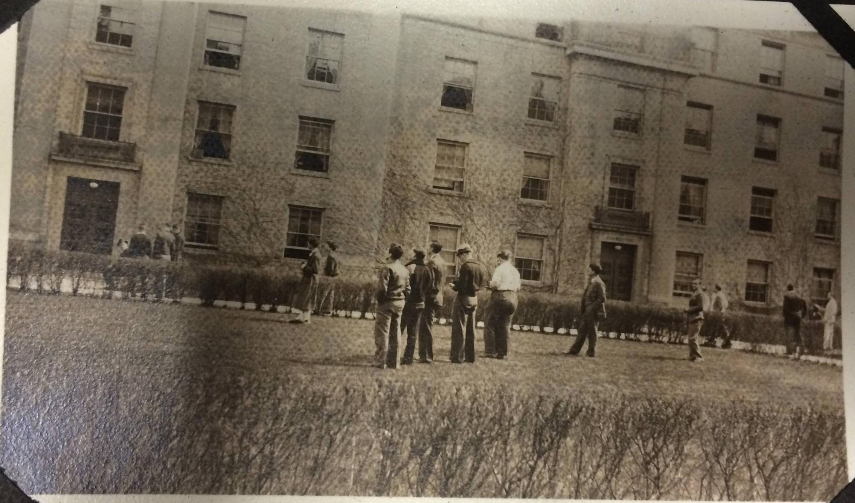 Why those people? Because on April 5, 1936, something profoundly strange was being hauled up the side of Goodale (the northeast corner of East Campus): 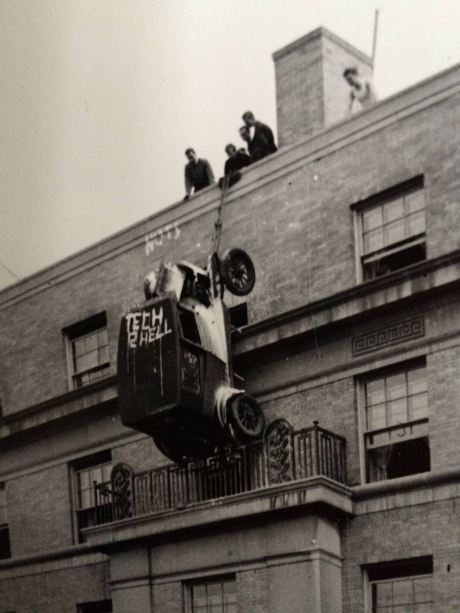 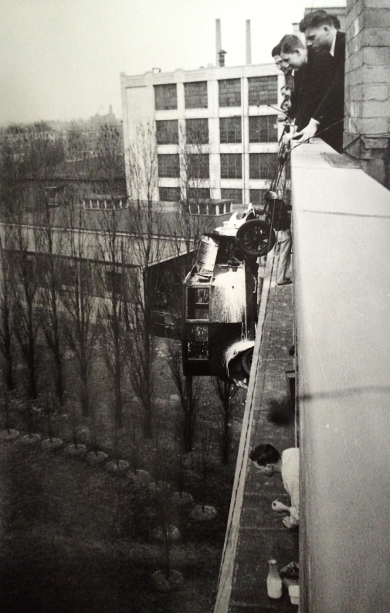 Yes, that is a Ford Model T, hanging from the roof. The car, which belonged to Ralph J. Slutz '38, was painted with the phrase "TECH IS HELL"—the IHTFP-esque MIT motto of the 1930s—and hauled from the ground.

It caught the attention of many in the area, including Dr. Richard Hanau '39, our second-oldest living East Campus alumnus, who mentioned it in an email to me:

I saw the car after it had been pulled up the side of the dorm where I lived during my sophomore year. It was later lowered and set on fire (I think) on the grass between the dorms. I don't recall anything painted on it.

Wait, fire? Who said anything about fire? The thing is just hanging off of a building. It's not like they'd publish that kind of arson in The Tech—

After the car was lowered by several dorm men it was placed back in the parking lot. Since it was said to be too much of an eyesore, however, the fellows came to the conclusion that the best thing was to burn it. Accordingly the car was rolled in the court between the dorms and set on fire. Needless to say, the car is now a total wreck. 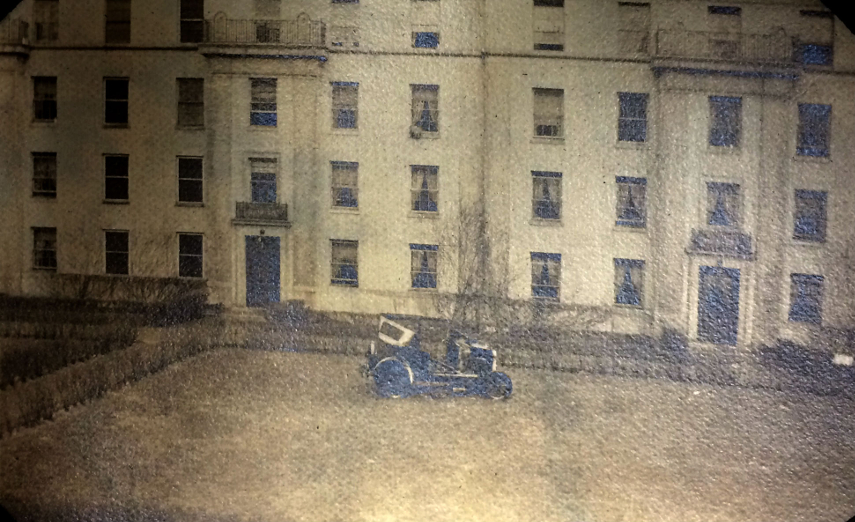 Turns out this isn't even the first incident of students intentionally setting cars on fire: eight years prior, in May 1928, the first East-Campus-Senior-House water war involved kerosene and ten abandoned automobiles: 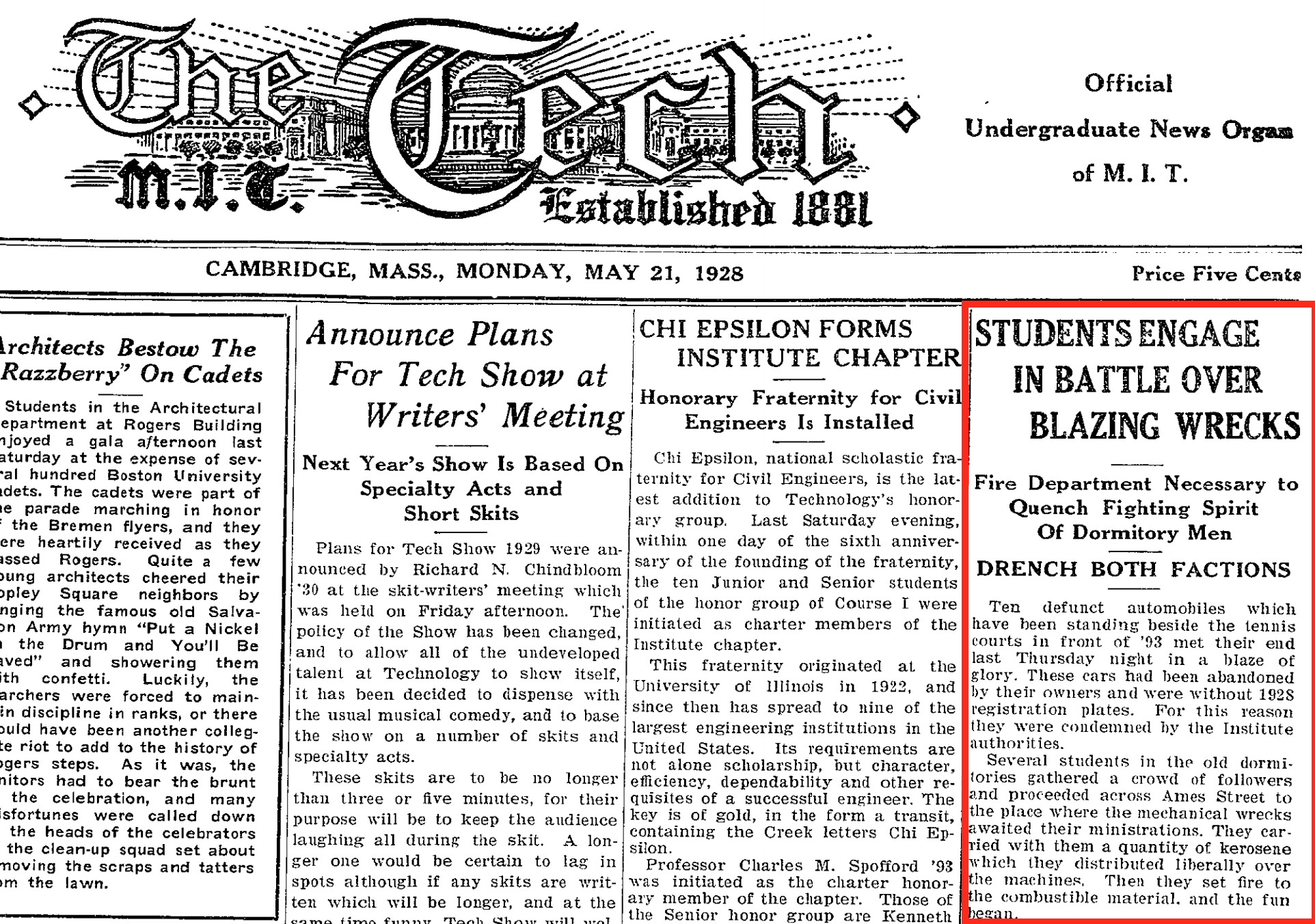 CPW (or "kapow!", as some have apparently taken to start calling it) is somehow a mere 48 hours away. There will be a plethora of events and food and tours and food and new friends and nerdy conversations and food.

There will not be any burning cars, sorry. (The Cambridge Fire Department has a nice page explaining how they feel about bonfires.) However, there will be some fire, courtesy of the MIT Spinning Arts Club performance. I highly recommend it: particularly if you want to see some flames without sacrificing your ride home, and especially if they don't fix the fan belt on the MIT Weather Machine™ in time and this cold snap continues. 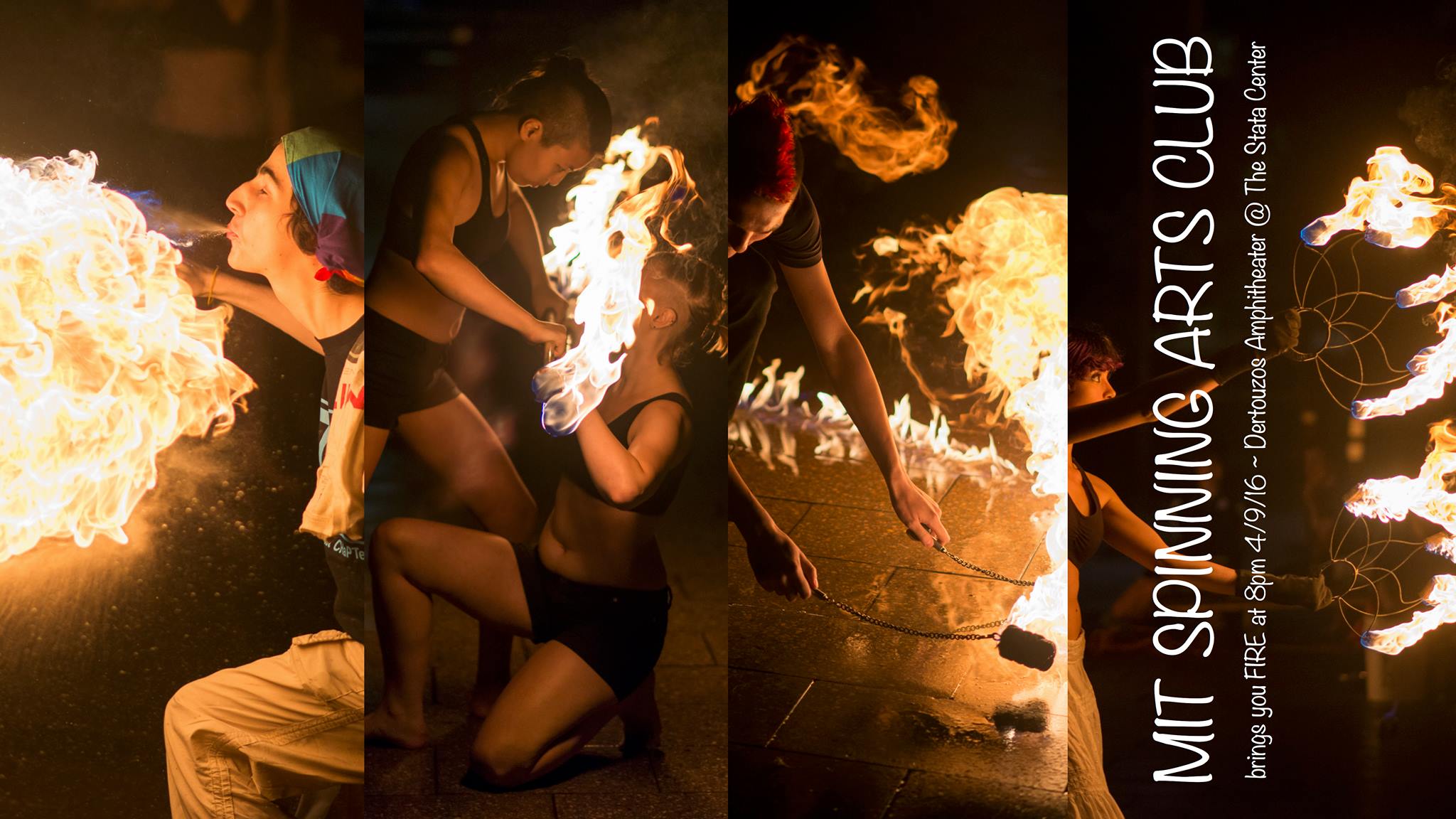