Four score and ten years ago... 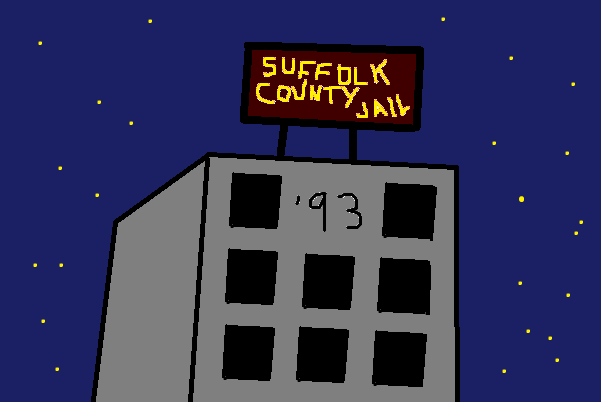 '93 was the new dormitory on campus—the Class of 1893 Dormitory—which had opened the previous fall. It was a five-story, 100-foot-wide dorm with two stairwells, situated on Ames Street directly across from the Central Scientific Instruments Company and diagonally across from the "old dormitories," the Faculty Houses.

The dorm's name of '93 would last for about half a decade more, in which time two identical extensions would be built onto its north and south walls, and a matching parallel would be built just to the west. In February of 1931, the buildings would be christened together, and the '93 Dormitory would henceforth be known as Bemis House of the East Campus Alumni Houses. But that was all in the relatively distant future: our story instead concerns Monday, June 1, 1925.

It had been an unruly weekend, certainly:

Excitement started early Sunday morning, when a group of men from the old dormitory unit inopportunely aroused the '93 men from their slumbers with the gentle strains of "Sweet Adeline" and "Rosie O'Grady." Students in the new dorms retaliated with streams of four well-directed fire hoses, whereupon the serenaders deemed it more advisable to move to drier quarters.

Not content with having sprinkled the visitors, the residents of the '93 dormitories began to play the fire hoses up and down the corridors of the building, with the result that many of the rooms were flooded with several inches of water. The first and second floors suffered most from the drenching.


DormCon (then the Dormitory Committee) was charged with the job of finding the ne'er-do-wells.

The next day, however, more trouble seemed to be brewing. "Notices had been spread about, telling the inhabitants 'to watch '93 at 11:30.'" That evening:

At half past eleven several autos drove up to the new dormitories and ten or a dozen men piled out, carrying something heavy. Scarcely had they gotten in the door when a loud explosion took place, all lights in the corridors and stairways flickered and went out, and all eyes were strained to see what was about to happen. In a few moments the onlookers were rewards. A big electric sign bearing the words "Suffolk County Jail" flamed out in the darkness. After a short exhibition, the sign was spirited away, and according to latest reports. had not been located.


The staff at The Tech were certainly excited about the hack:

There seems to be no limit to their aspirations. [The editors] would not be surprised to find the gilt from the State House Dome transferred some night to the big dome of Building 10. They might even move the Public gardens into the Great Court!


It was certainly something new.

Generally, when we think of hacking, we consider two flavors. The more common form is exploratory hacking, which is also the older one: there's never been a point at which people were unwilling to climb onto the rooftops. On October 6, 1916, MIT took the "All Technology" photo: it was a giant panorama photo of everyone at the Institvte in front of Killian. I don't have a great copy of the photo, but here's what did come out:

That photo is incredible for a lot of reasons, but my favorite reason are the students who are, um: 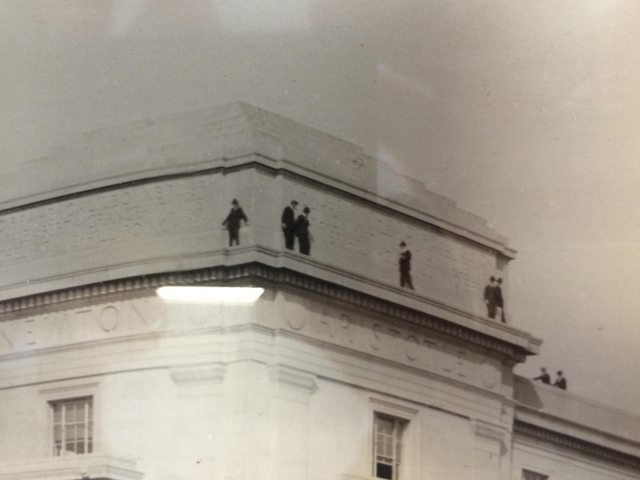 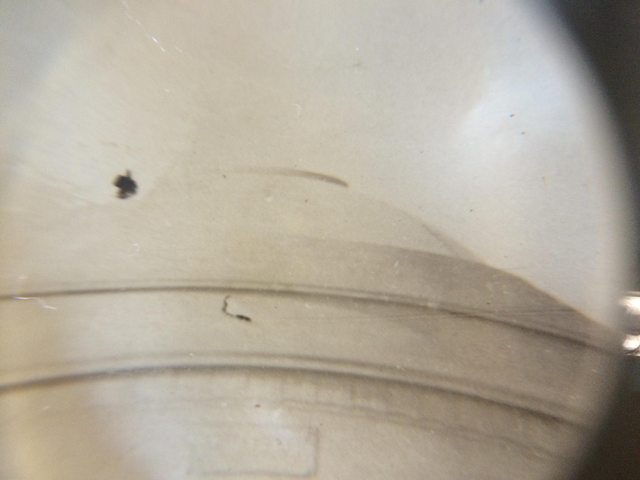 And this was right after the Cambridge campus opened!

However, the significantly more famous version of hacking is performance hacking, where objects find themselves in places where they don't normally go. You've probably heard of the really famous hacks, such as when a Campus Police car appear on the Great Dome in 1994, or when the Howe & Ser moving company relocated the Fleming cannon from Caltech to Cambridge in 2006. (If you like looking through old hacks, take a look at the IHTFP Hack Gallery, where they're documented, or pick up a copy of Nightwork.)

Performance hacking didn't pick up right as the Institute moved to Cambridge; instead, it started up in the 1920s, as cars ended up in basements and cows ended up on roofs.