Engineering and problem solving in developing nations (the most important problems only, of course....)

I think (and hopefully you do too) that the title of this blog post sounds like a fun, silly mini-project that an MIT student would do in their free time (and maybe that’s why you clicked on this article)~ 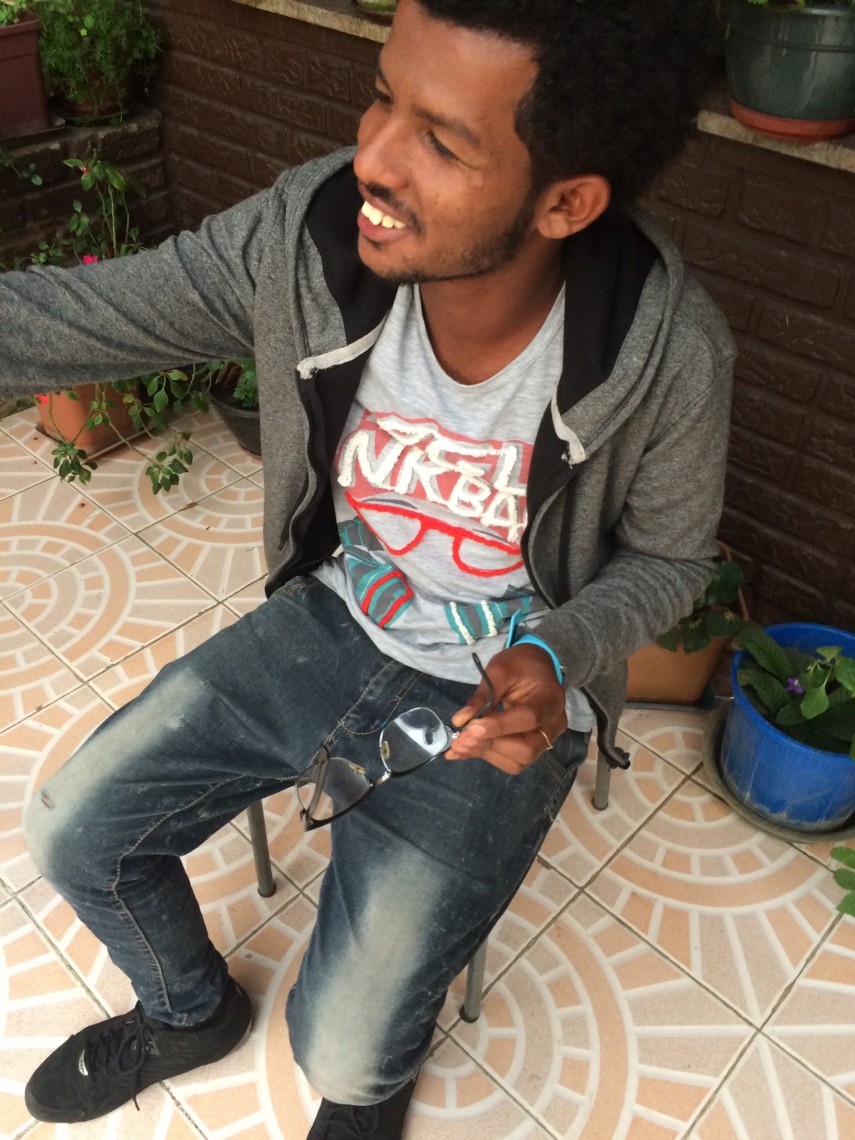 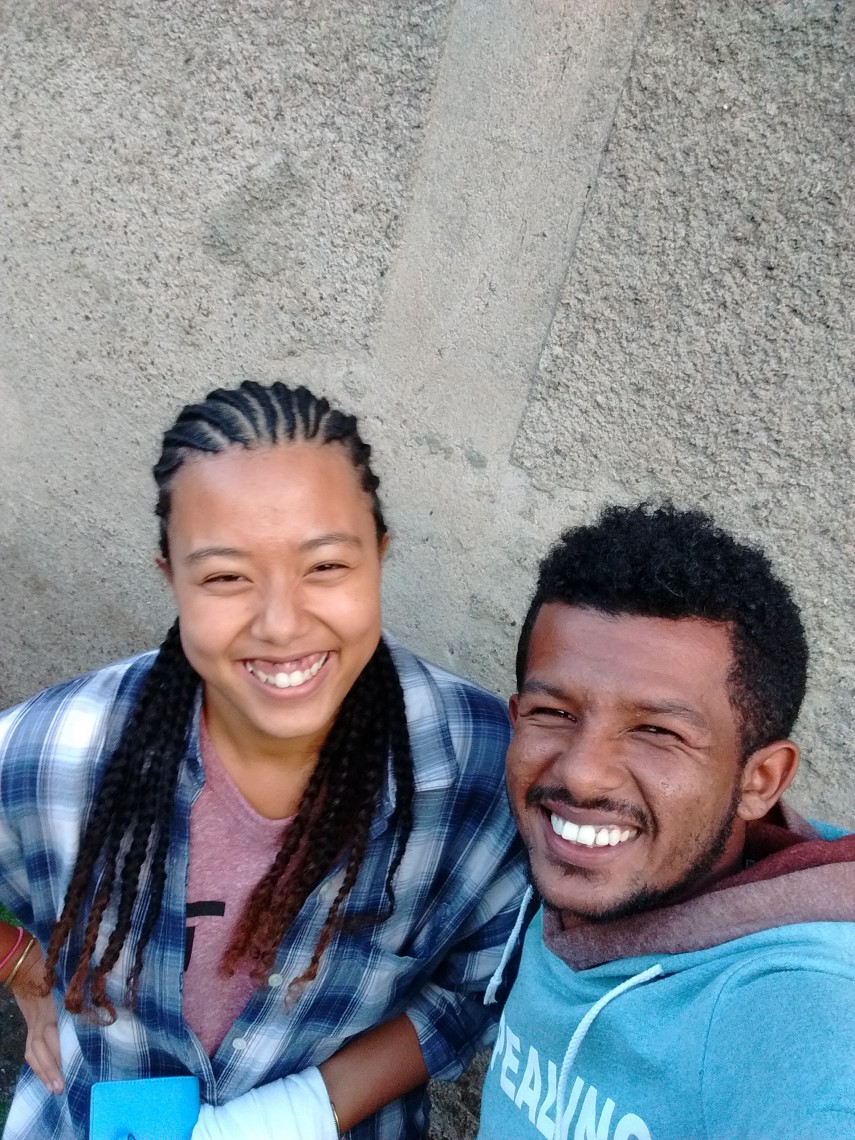 (Gedion and I, after some aunts braided my hair)

Gedion is pretty phenomenal. In many ways, he’d be a perfect fit for MIT and lots of other build-y culture nerd schools (we just happen to be the biggest and nerdiest) (that’s just my opinion though)

Like many MIT engineers, he’s always been interested in taking things apart and putting them back together–or trying to, and sometimes failing. Eventually, he got a lot better at putting things back together. So good, actually, that at 21, he has his own small business fixing other people’s electronics around Addis Ababa. Here’s a speaker he made for himself out of spare parts as a fun project: 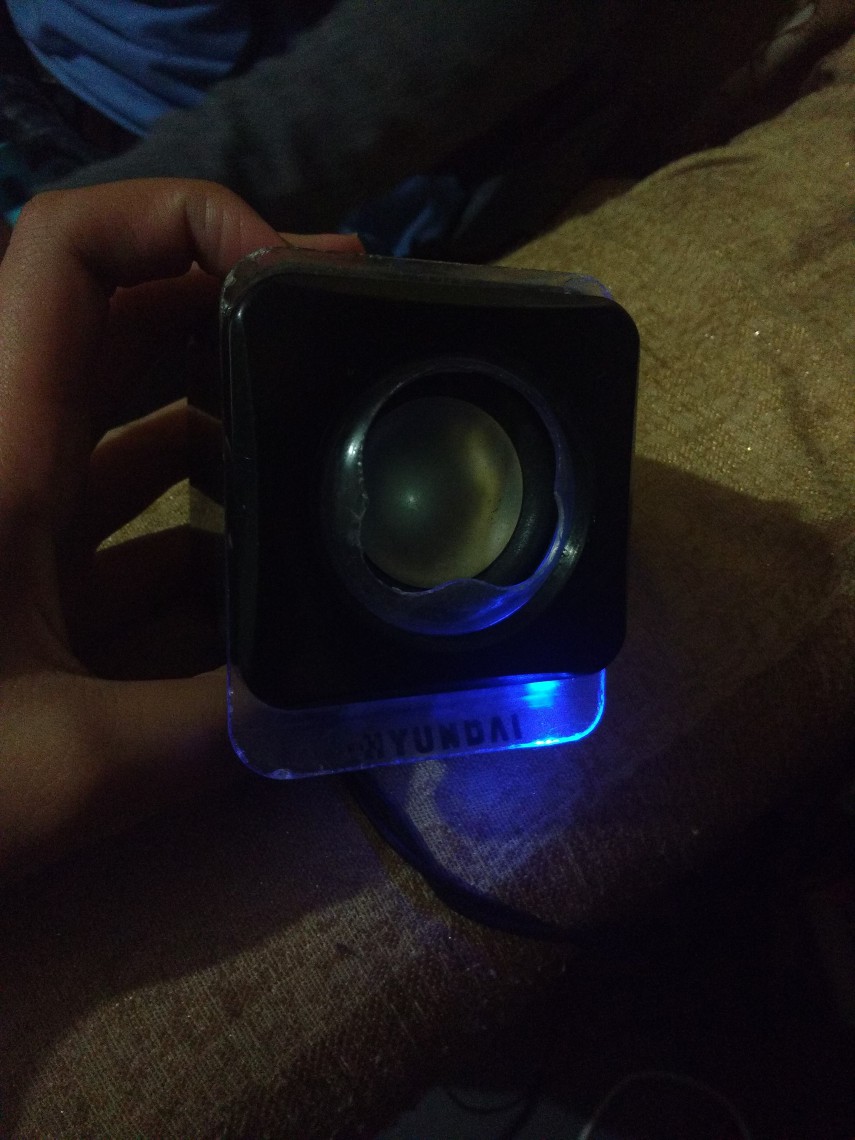 You have to understand that building stuff in Ethiopia isn’t the same as building stuff in the US. Addis Ababa doesn’t have a lot of tools and parts readily or cheaply available. To build that speaker, Gedion used a soldering iron to melt plastic casing together. He fastens screws and bolts not with a ratchet, or a screwdriver, or even pliers–he just has to use the tip of a knife. (Fortunately, he recently acquired his own screwdriver set, so this is no longer the case)

Gedion gets most of his parts from Mercato, the largest outdoor market in Africa. You can find virtually anything there–but not always in the condition that you’d like. Rows and rows of stalls sell just broken, beat-up electronics that people buy for parts. You can’t usually find individual parts nicely packaged and separated like you can in the US. And you definitely can’t order stuff from Amazon.

But despite all of this, Gedion is incredibly creative and curious. Which brings us to the selfie stick. 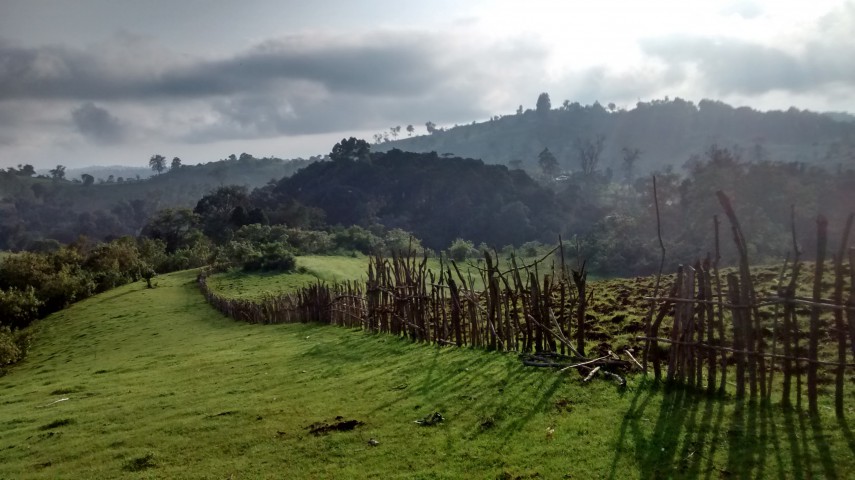 Warwara is a 9-hour bus ride and 4-hour hike (on foot or by horse) from Addis Ababa, where Gedion lives. It is also where my grandmother (who is Gedion’s great-grandmother) lives, along with many of our other cousins and relatives.

I like to think that the real engineering spirit doesn’t stop tinkering just because you don’t have a lot of resources.

“I’d really like a selfie stick”, Gedion said to me one day, “they’re hard to find here, and expensive”. Surprising, since you can get them for $5 in the states. I’d said I’d see if I could bring one next time.

But until then, while playing with the cousins around Warwara, Gedion found some bamboo sticks, a wire, an abandoned screw from (who knows what)…. 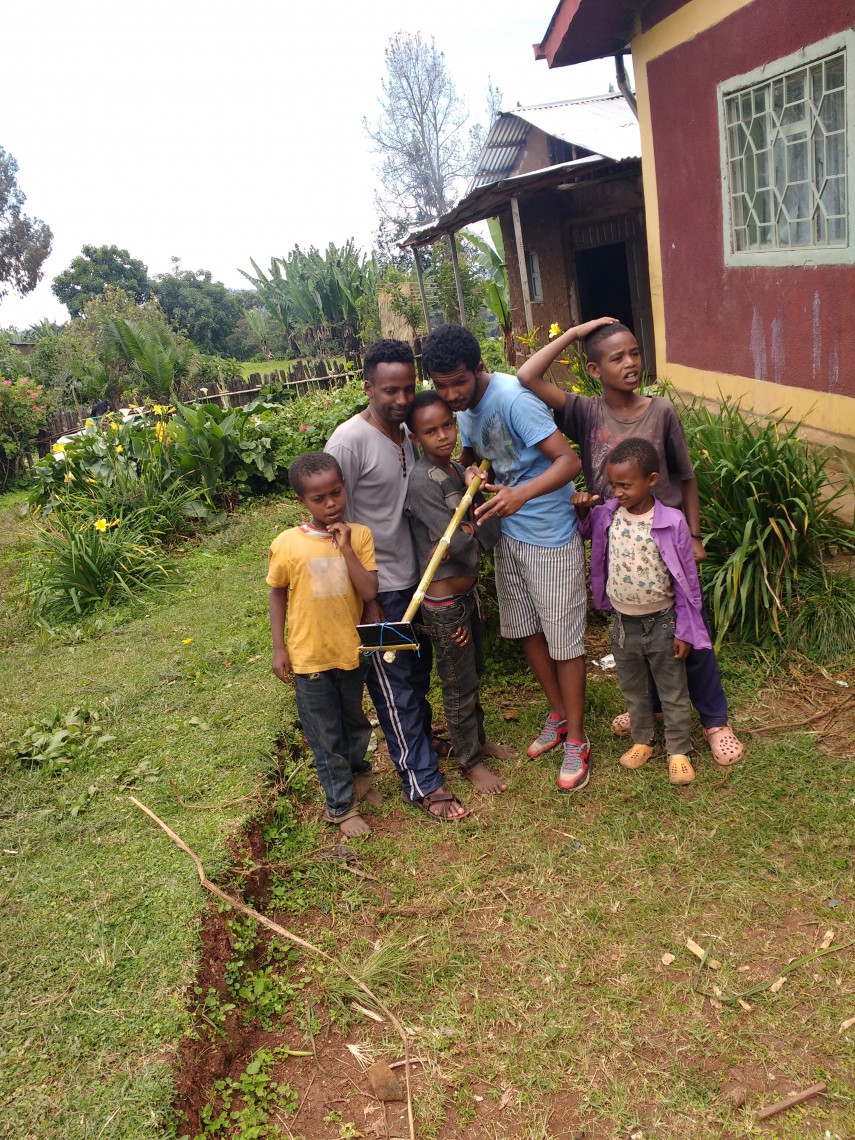 …and managed to make his own!

Everyone was pretty excited about it. 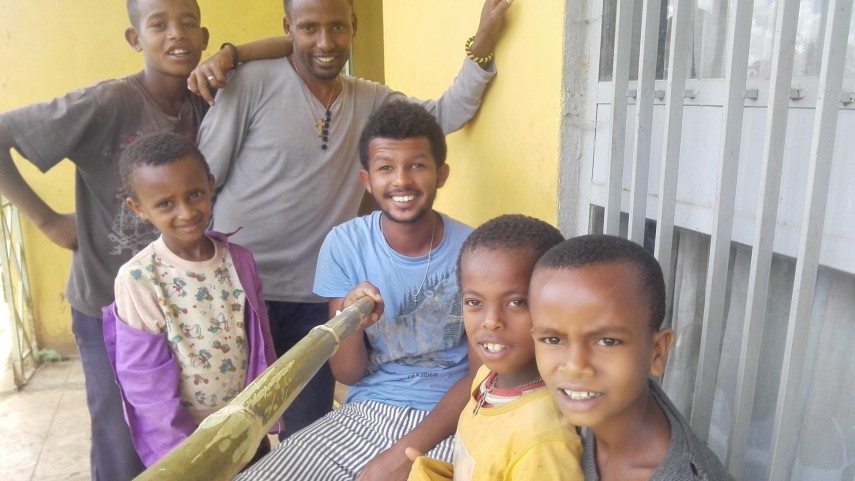 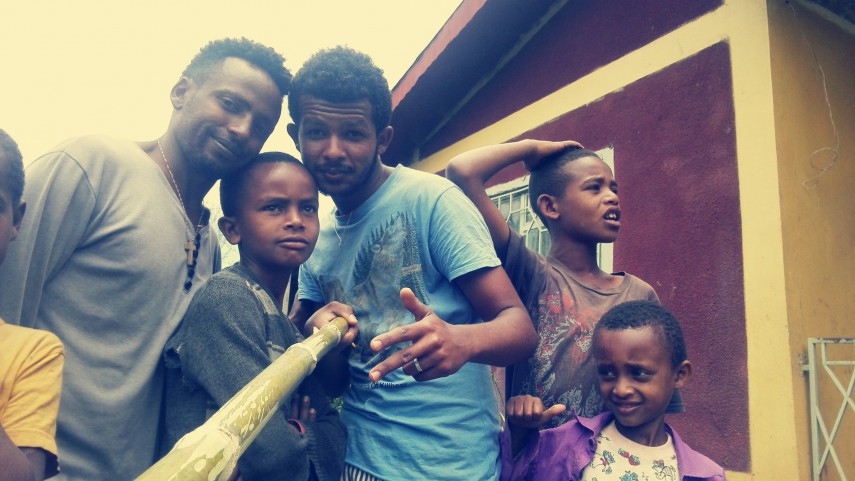 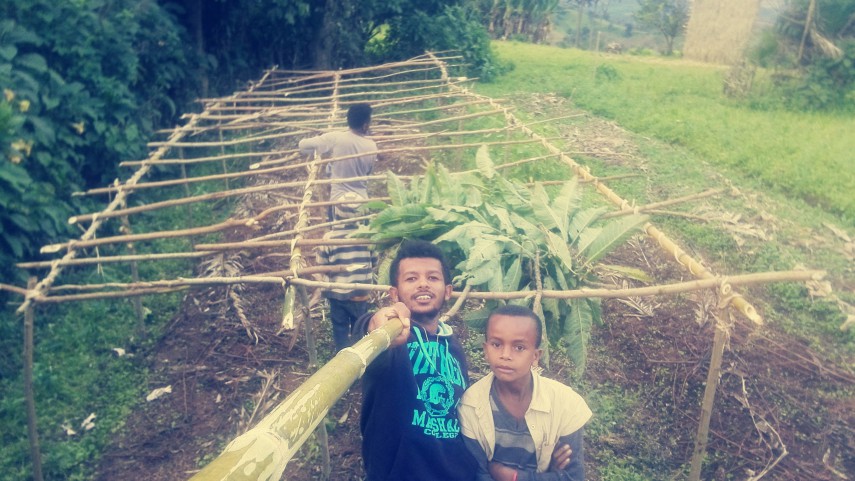 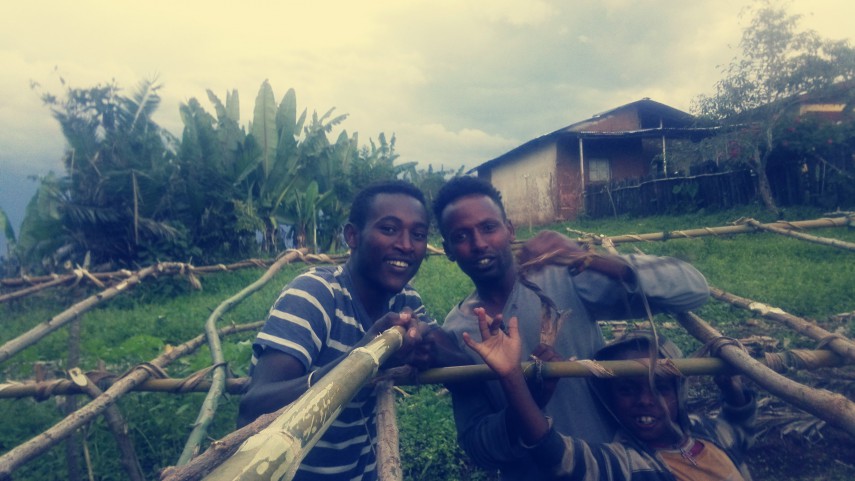 Gedion’s phone is a Huawei P7. Huawei is a smartphone brand that sells widely in Africa and Asia, but doesn’t compete well with Samsung, Apple, Motorola etc. in the United States. It has a voice-to-capture feature that will take a picture when you say, “capture”. So that’s how Gedion was able to take the photos at a distance. Here’s a short (and apologetically low quality) video of it:

Creativity, curiosity, and engineering can happen anywhere. Anyone can use whatever they have to make interesting things. It’s humbling to remember that, when a lot of people worry or complain about not having opportunities or resources to do whatever it is they want to, when in reality they have lots and lots of things: running water, electricity, hardware stores…

Gedion spends a lot of his time fixing DVD players and smartphones. He re-installs software packages on people’s broken computers and affixes satellite dishes to people’s homes. He’s learned some code, and done some fun projects for school. Here he is at a final presentation and tech fair type of event: 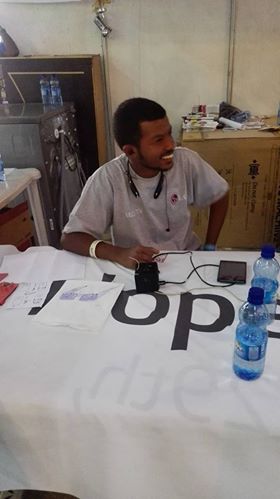 But most importantly, through it all, he remembers to smile! 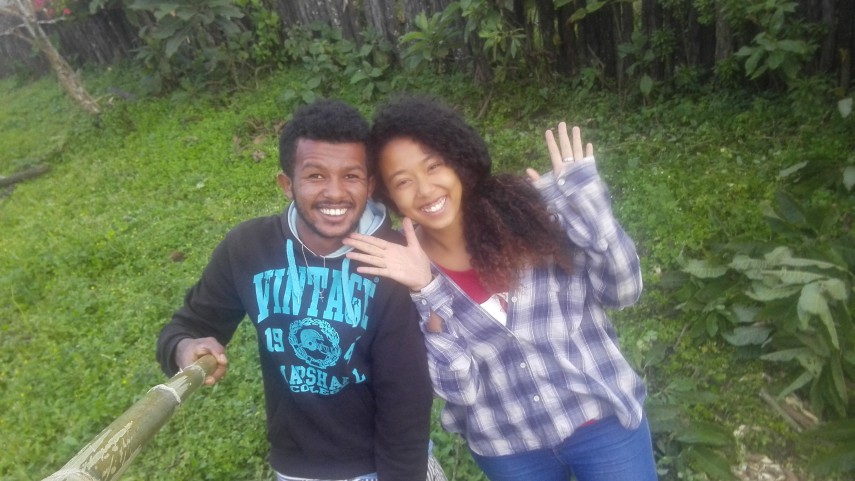