(it took a lot of effort not to resort to a clickbait-y title like “ADMISSIONS BLOGGERS—EXPOSED!!!!!!”)

Some of you may remember that a(n embarrassingly long) while ago, I wrote a post about personality tests, in particular, the scientific invalidity of the Myers-Briggs test. Well, I also sent out a survey to the bloggers, asking them what their results were for all those personality tests!

None of this, the tests themselves nor my own meta-survey asking people to take surveys, is scientific either. Mainly, I just thought this would be fun to read (since you all want to know more about the bloggers, right?!?!) and I thought it would be cool to gauge the different qualitative reactions from people to their test results. It turned out, there was a lot people had to say–about their results and their own identities, about the tests themselves, and even just about how fun or less fun each one was.

On accuracy, a common thought seemed to be, “I feel like I would get different results if I took this test in a different mood”, which to me highlights a key flaw in any kind of personality test. Humans are inherently adaptable and fluid, which means that it’s difficult to make broad claims about having a single “personality” across all circumstances.

On ‘funness’, I love Elissa’s opinion on horoscopes, which is, “Horoscopes are pretty stupid but they’re fun because you know it’s stupid”, which sums up my own opinion pretty well too. There’s nothing particularly bad about these tests as long as we’re not using them to “better manage” people in workplaces or worse, while hiring people (which sadly does happen, as I wrote before). They have no place in serious evaluations of character or qualification, but a little silliness and introspection never hurt anyone.

Overall, I actually thought the quotes from bloggers felt more like their personality than the various test results. I could read things and think, “hah that’s so allan” , but I wouldn’t necessarily think that just by seeing “INFP” or “Virgo”. So maybe the best way to know someone’s personality is to…well…get to know them!

I’ll let you come to your own conclusions (and read other gems from the bloggers) for yourself!

The structure of my survey was more or less:

Western Zodiac: Many of you are familiar with the western zodiac, a series of astrological signs and corresponding personality traits (pisces, cancer, aries, virgo, etc.) based on your date of birth in the gregorian calendar.
Eastern Zodiac: Many of you may also be familiar with the eastern zodiac, a series of animals based on the year of birth in the lunar calendar.
Hogwarts House: From Harry Potter. ‘Nuff said.
MBTI: The famously problematic fake science Myers-Briggs test (read more about that here).
Big 5: The much-less-famous yet more credible Big 5 test.
Enneagram: This thing that Chris Peterson was into which I had never heard about until talking about writing this post (lol) but also seemed fun.
Text Box: Throughout the survey I also put text boxes to write down any thoughts.

If anything is missing it is because I let people take as many or as few tests as they wanted, so some bloggers chose not to take some of the tests (or say anything about them).

Here are some graphs showing the blarghers as a whole. Tigers are closely followed by pigs, and hufflepuffs have a slight edge over ravenclaws! Not included are Big 5 and enneagram results, which I found hard to graph meaningfully. The zodiac is useful in another way–I learned that the other tiger students and Petey must be about 12 years apart! (or I suppose 24, in which case, petey please tell me your skincare routine). 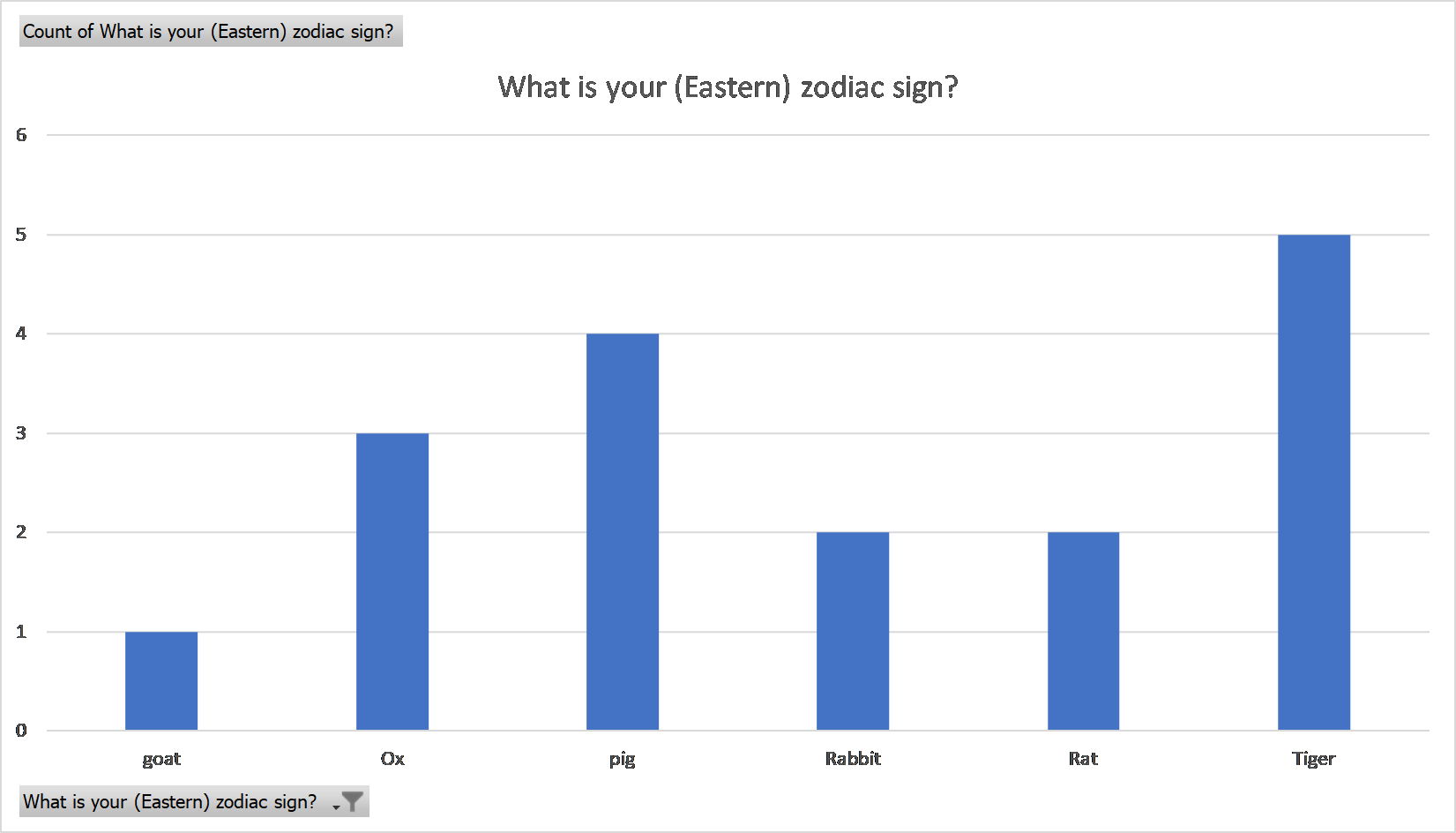 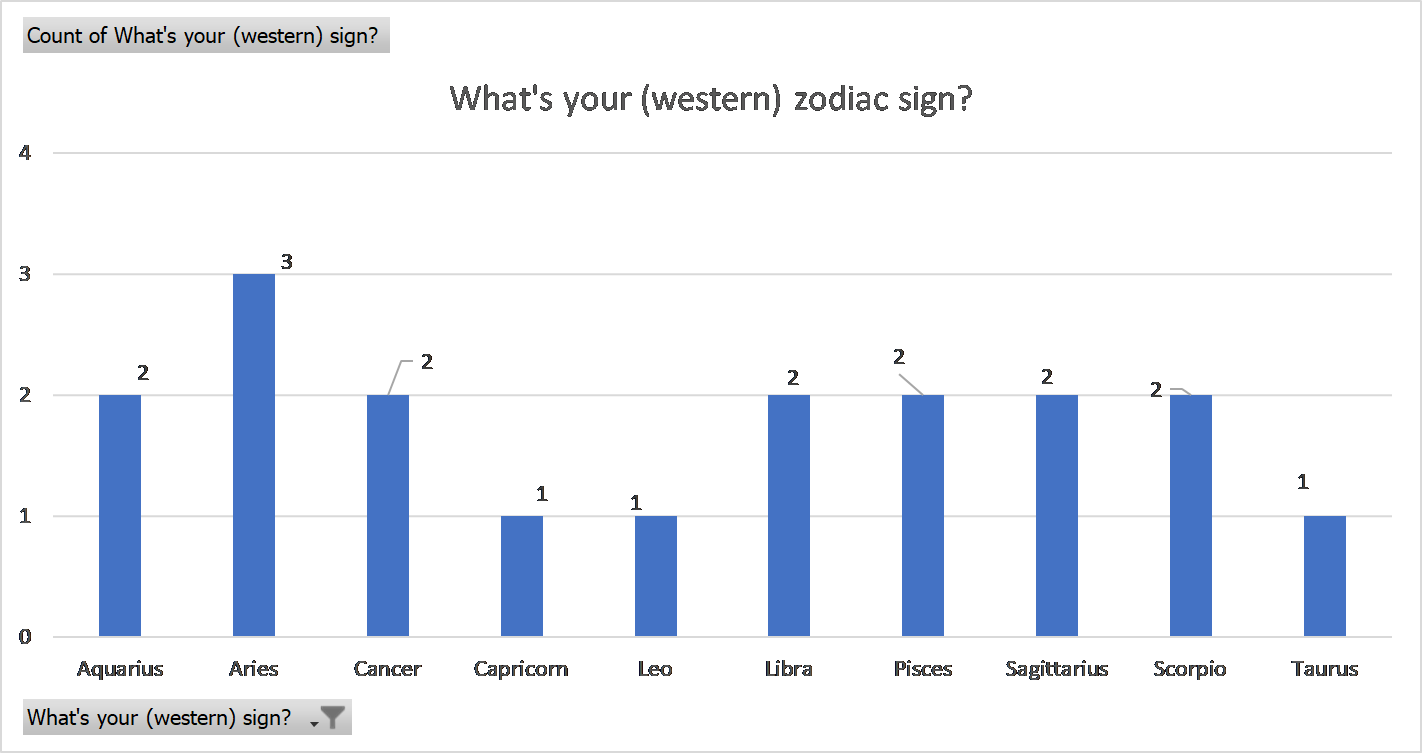 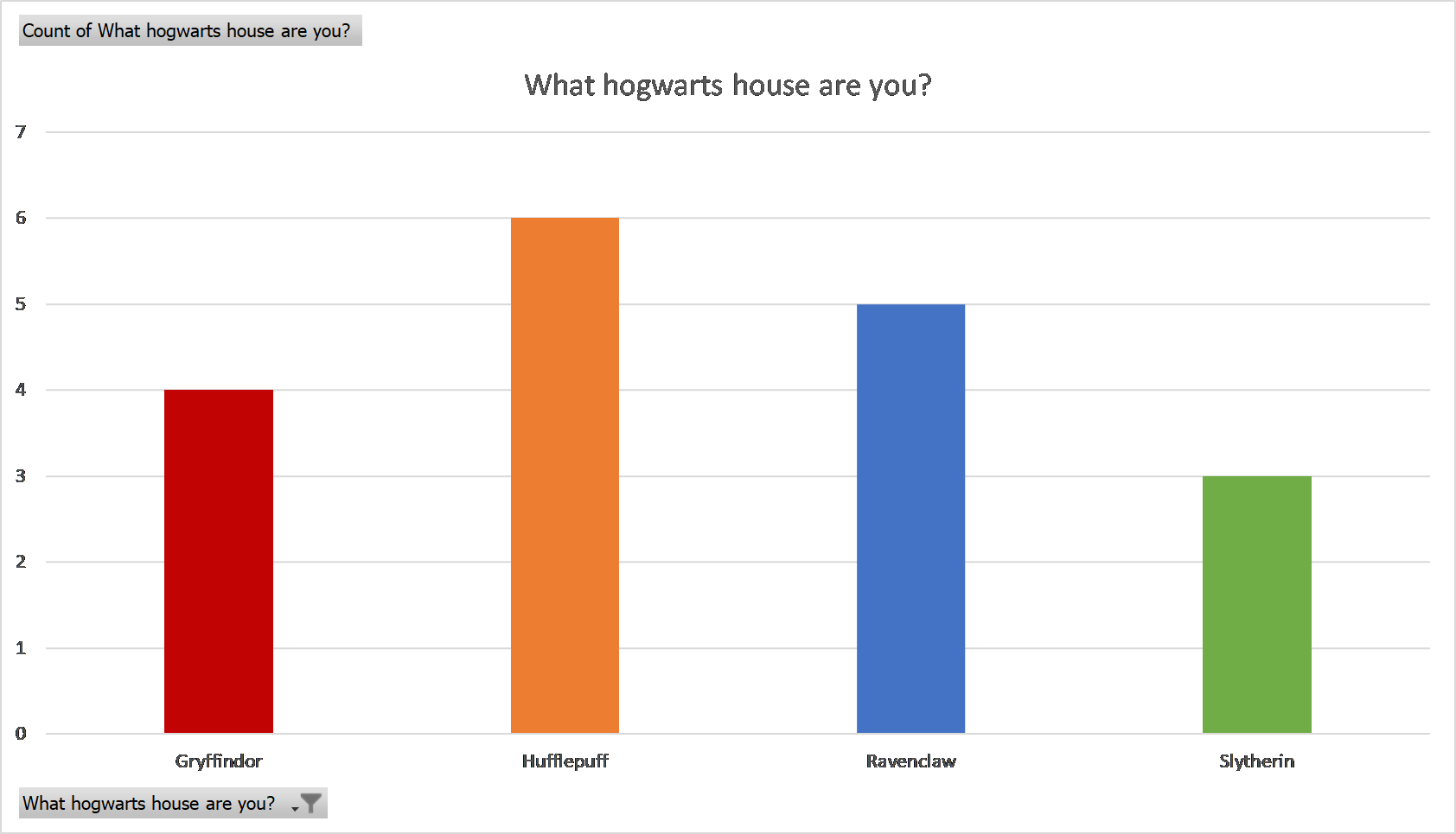 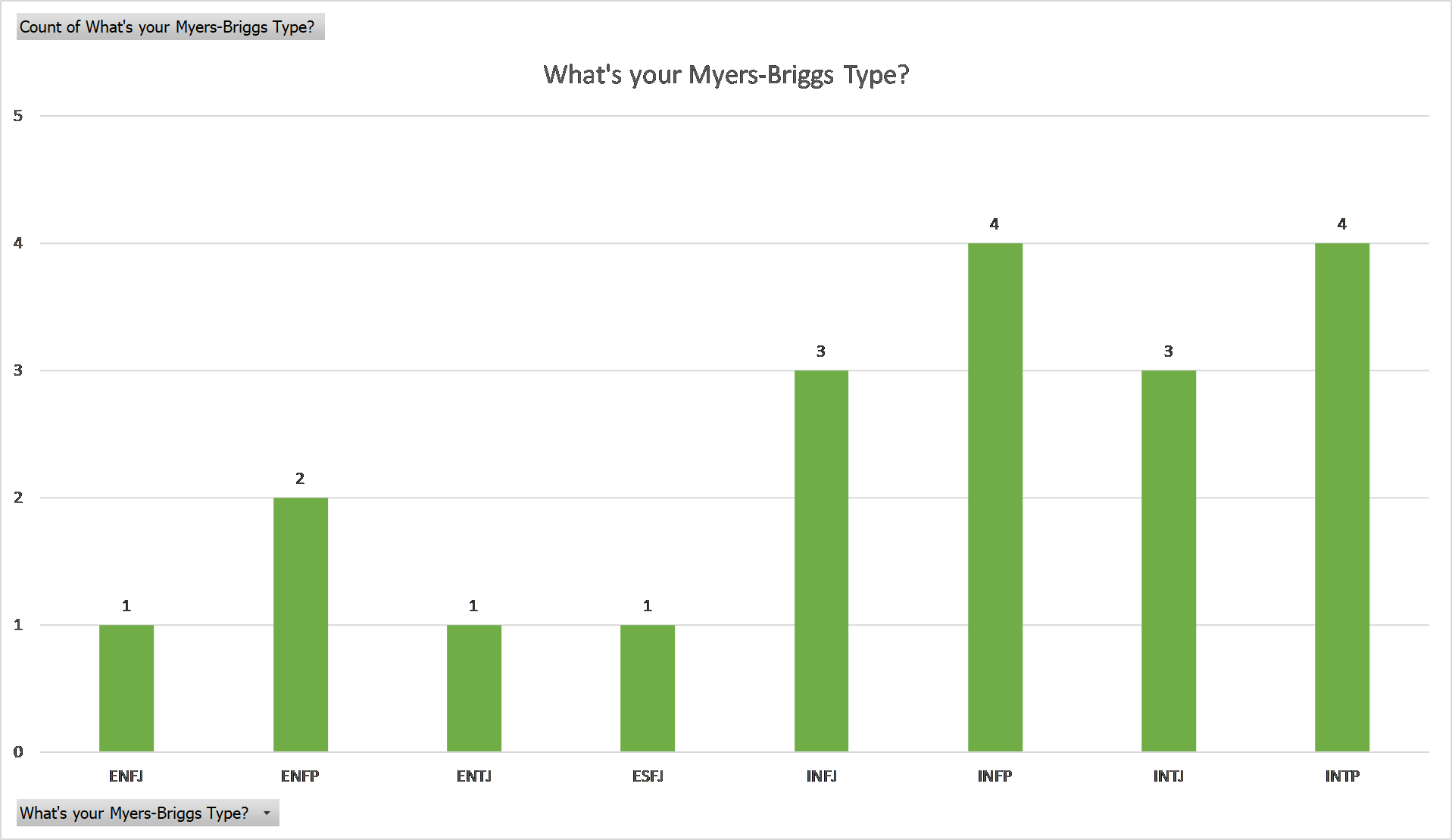 These are in order of class year by seniority and alphabetical by first name. Enjoy!

“Hmm. In my personal life, I can see myself as Type 2. I think Leslie Knope from Parks and Rec is a classic Type 2, and my boyfriend says I am her to the max. But he definitely sees a different side of me and in my professional life, I most strongly identify with Type 8. I got Type 4 thrown in as a high score, too. I think I got scored as a 2 because I get annoyed when people don’t say thank you LOL.” 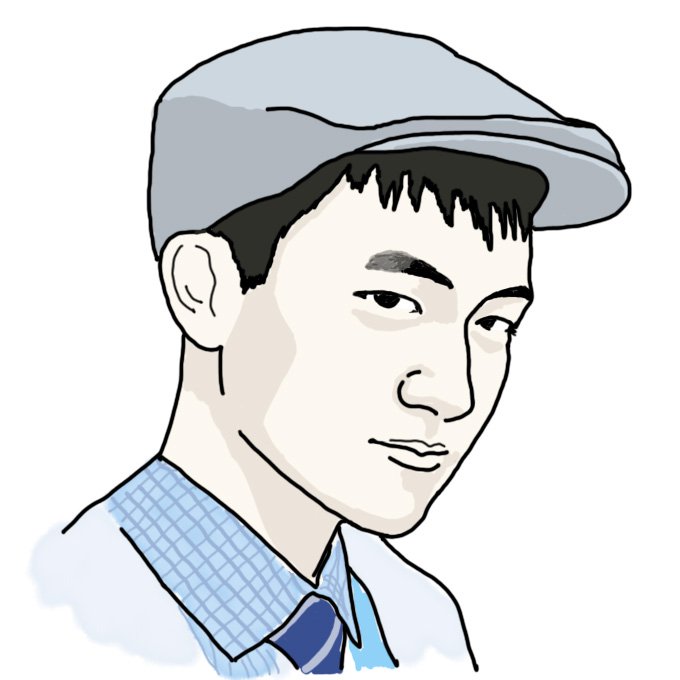 “ ‘Just as the Jade Emperor was about to call it a day, an oink and squeal was heard from a little Pig. It got hungry during the race, promptly stopped for a feast and then fell asleep. After the nap, it continued the race and was named the twelfth animal of the zodiac cycle.’

On being Hufflepuff: “caretakers and maintainers ftw” 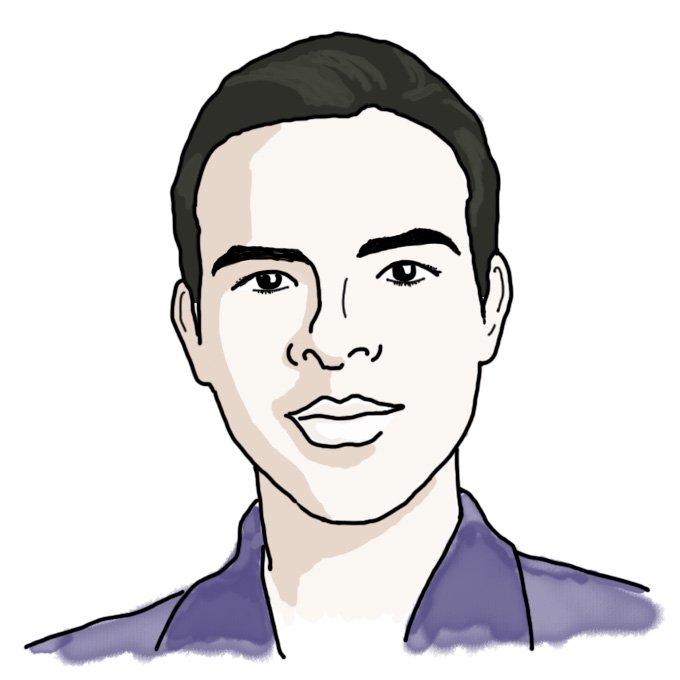 “Robert Downey Jr. is an ENFP, so I have the same personality type as Iron Man. I’m ok with this.”

“Are pigs fun? Who is to say? Can I, a mere man, pass such broad judgement on an entire species?” 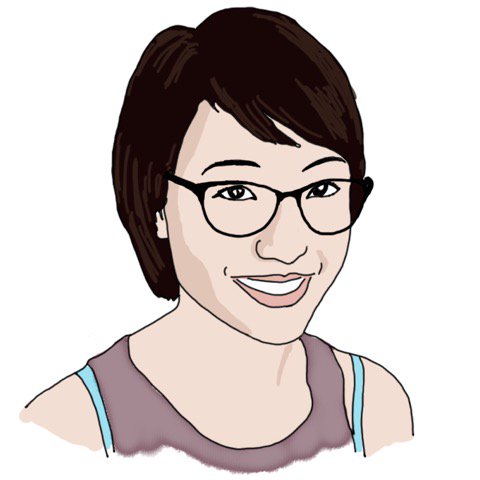 On being INFJ: “i’m no mother teresa or MLK lol but i do identify with the combination of sensitive/stubborn/strong work ethic.”

On being Capricorn: “ ‘Capricorn dislikes: Almost everything at some point’ hahaha” 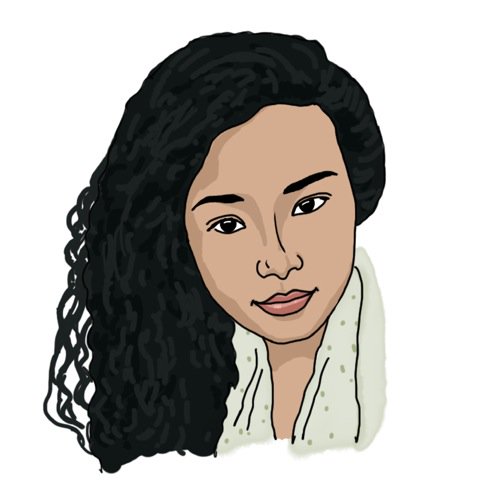 “hufflepuffffffff woooo. Ravenclaw secondary, which also makes sense. I am a soft-hearted nerd.”

“I love pigs and collect them. Doesn’t really matter if the personality is a match. I want to own a real live pig one day.”

On the Big 5 test: “In general, questions on personality tests that imply mental illness bother me. People’s personalities should not be defined by their mental illness episodes. There are other tests for that.” 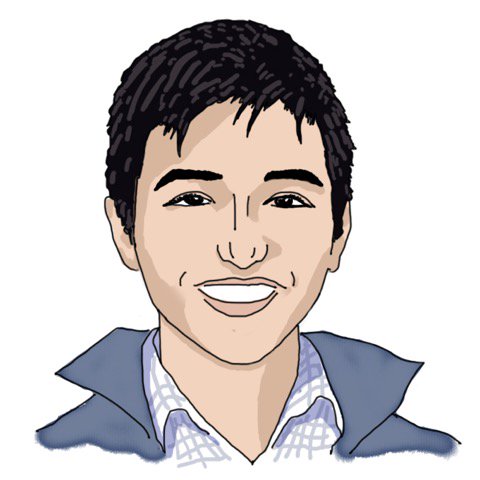 “Not Slytherin, NOT SLYTHERIN… I always thought I was a Hufflepuff, It’s taken me some time to come to terms with this result. Reading through the characteristics more closely though, and I guess I can see how my certain aspects like resourcefulness and ambition fit. I suppose this also explains why I feel a strange need to release a basilisk in the tunnels.”

On being INTJ: “”the mastermind” “one of the rarest” who even cares but I just don’t think this is me whatsoever”

“a lot of these questions seem loaded e.g. “I have been told I am a perfectionist and I agree””

On the Big 5 test: “I feel like I took this one when I was in a funk, so I think it’s telling me I’m not a good person lol” 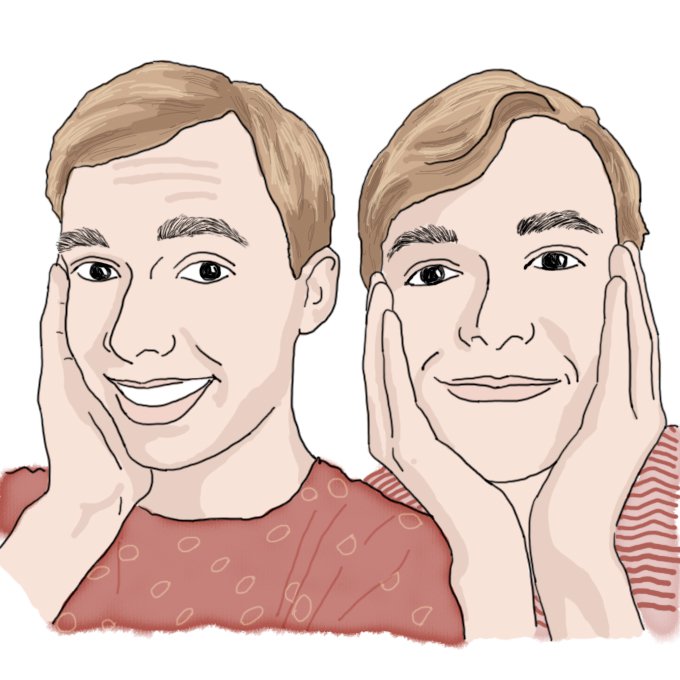 On being Hufflepuff: “I do like baking (that’s a thing hufflepuffs do, right?)”

On being INFP: “Amelie Poulain (from the movie and musical, Amelie) has this personality type, and I think I have a similar personality to her, or at least I like to think I do, because I really liked her character (I also suffer from raspberry fingertip disease as she does*). Also, this is the third time I’m taking this test, the last two times of which I got INFP. It’s also pretty funny, because the first time Danny took the test, he got INFP, and I got INFJ. The second time we took the test our personalities switched.”

*(Here’s the video, reference at 2:06, and here is the poster for the musical)

On being Hufflepuff: “I really value friendship and being kind to people. That’s what I’ve always associated Hufflepuffs to be, so I do identify with the house. I also heard or read or (maybe just dreamt, I honestly don’t remember) that they are good bakers, and I like to bake so…”

On being a Tiger: “stubborn, yes. confident, authoritative, brave, unpredictable… I don’t know. It’s Saturday night and I’m sitting on my laptop, taking this survey.”

On being Type 4: “accurate until it said that I am allegedly open with my emotions. Hahahahahhahahahahahahahahahha no I’m not, that one made me laugh. (Actually I cried).” 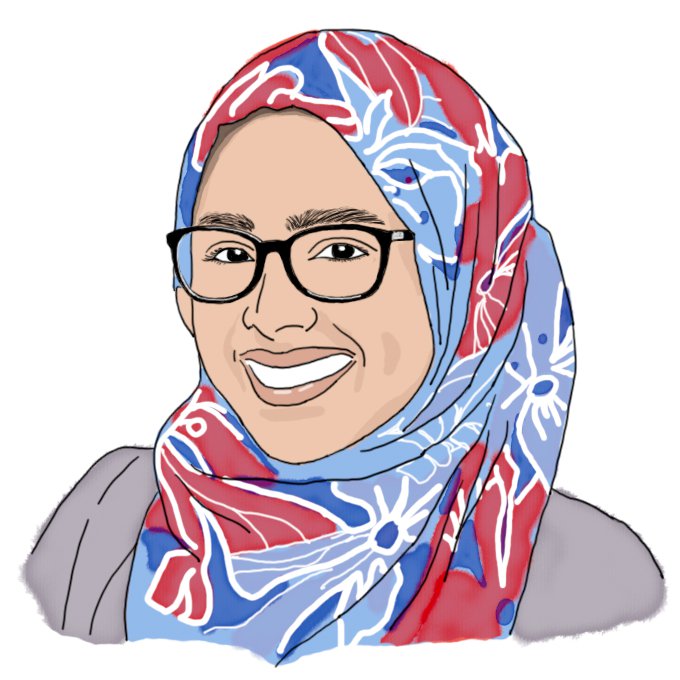 “For the most part, my personality matches up with cancer. I’m very artistic and family-centered. I highly value my emotional connections with others and struggle to get used to new places.”

On being Libra: “For the most part, I do agree with the general aspects of a libra. I do not agree with the inability to be alone. I find that I work well alone, and I prefer being alone in a large amount of settings.”

“I feel like some of these traits might just be my impression of myself. I would be interested to have somebody else take the test based on their impression of me and see how the results would compare.”