I Ended Up Working for a Reality TV Show by Erick P. '17

Ambitious Adventures, a reality TV show following innovative cities around the U.S. and it’s entrepreneurs, will be premiering next year.

I always liked the idea of reality TV – capturing real moments with real people. But most “reality” TV is fake nowadays and so we want to do something different. We want to take over the medium of reality TV and use it to inspire people to pursue their entrepreneurial dreams. 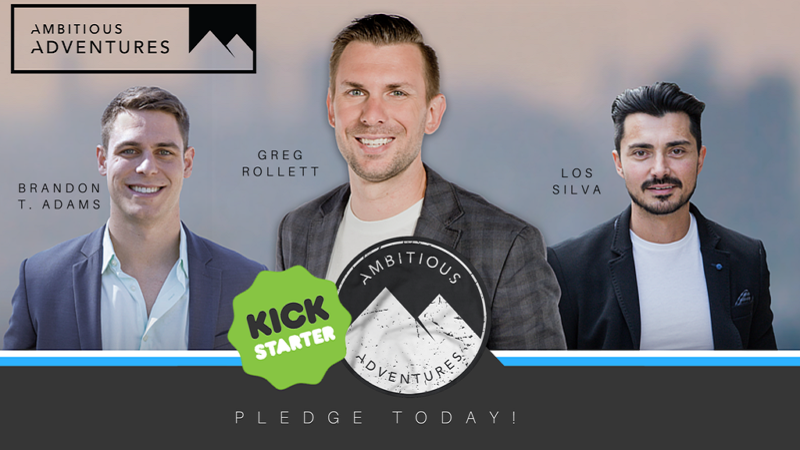 Here’s the serendipitous slew of events that happened before I found myself a part of this campaign. I was called up on a random night in October by my friend Sathya, asking me to help run this Jalapeño Bacon Mac and Cheese campaign to feed the homeless that he and his friends were doing. I joined and that’s how I met David France, one of the other founders of the campaign. At some point after it ended, he emailed me with a new campaign his buddy Brandon T. Adams was working on in Iowa called the Young Entrepreneur Convention. I donated  $20 and didn’t think much of it.

Fast forward to last month. Some point after Brandon’s campaign succeeded and his Young Entrepreneur Convention took off, he joined Greg Rollett and Los Silva of Ambitious.com to start Ambitious Adventures. Because Brandon knew David, David got heavily involved with the show. And because David knew me, he suggested that I use my writing skills to help out and write up some profiles of the entrepreneurs that will be featured on the show.

And so here I am, having worked on these profiles over the last month, squeezing them in between all of my other commitments. Since I was travelling a lot this summer, I had to find really creative ways – and places – to write. I wrote the first two posts in Costa Rica where my Internet was charged by the megabyte. I typed up three more on my phone’s keypad while travelling on the bus between Boston and Philly. One of them I wrote at  a Starbucks, and another on the train to NYC. I designed all the graphics entirely from my phone, using a mix of mobile PowerPoint and screenshotting. It was a journey, but it taught me to be very resourceful. My next goal is to type one up entirely from a Mac at an Apple store.

EVERYONE knows the stories of Steve Jobs, Bill Gates, and Mark Zuckerberg. But have you heard the stories of Phillip and Angelo Campos, two brothers from Des Moines that went from not knowing how to cook to starting a wildly successful salsa business? Or David France, whose world-renowned Roxbury Youth Orchestra started a movement that’s sweeping the world, changing the lives of inner-city youth by simply giving them someone who believes in them.

These stories are a collection of the everyman being an entrepreneur. These are the stories of their weaknesses, strengths, struggles, and successes. But the unique thing they all have isn’t their natural talents, nor their smarts or even their skills. It’s their ambition.