A solar eclipse occurs when the Moon passes between the Sun and the Earth. To someone standing on Earth, the Moon would cover the Sun. In a total solar eclipse, the Moon covers the Sun completely, blocking all direct sunlight. The day becomes dark and you can see the stars. Some animals might even get confused and you could hear crickets chirping or roosters crowing.

On Monday, August 21, 2017, a total solar eclipse was visible within a band across the United States. The Moon completely blocked out the sun over a path that included the states of Oregon, Idaho, Wyoming, Nebraska, Kentucky, Tennessee, and South Carolina. For the rest of the country and other countries, the moon only partially eclipsed the sun.

Elizabeth C. ’13 and I watched the solar eclipse from Kresge Oval on MIT campus. The MIT Department of Earth, Atmospheric and Planetary Sciences was organizing a viewing outside on Kresge with telescopes set up and eclipse glasses to pass around. There was a huge crowd even before the event officially began. 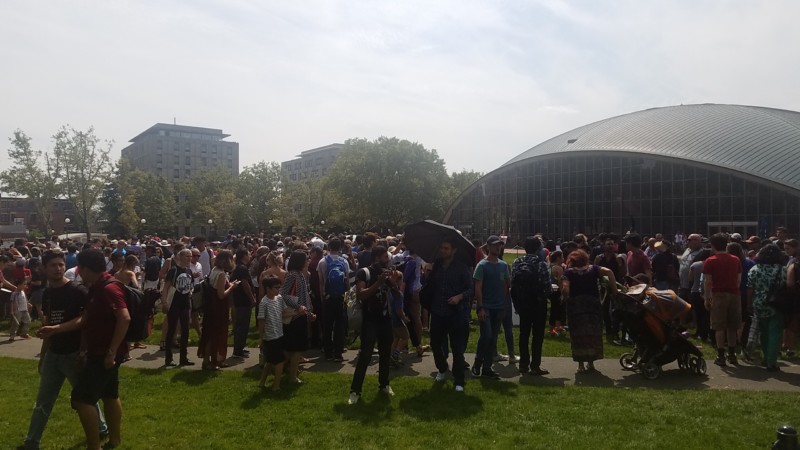 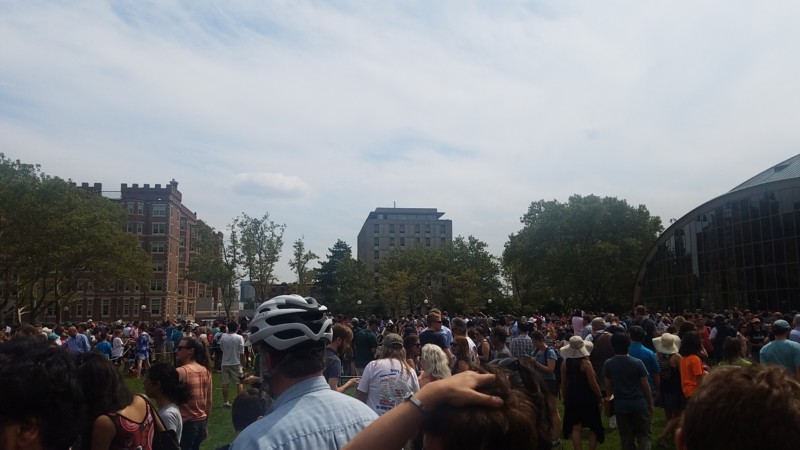 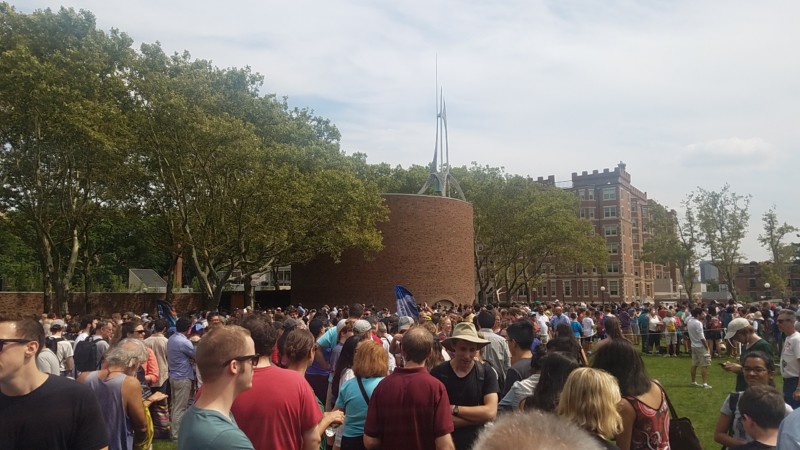 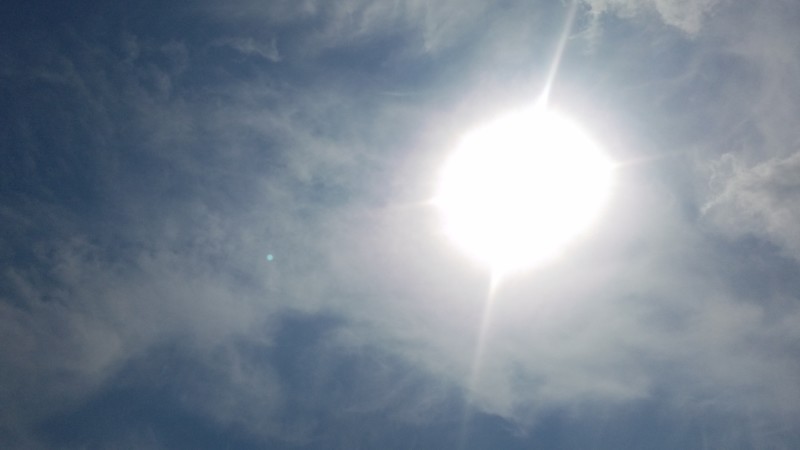 Through eclipse glasses, I was able to take pictures of the Sun with my phone camera. 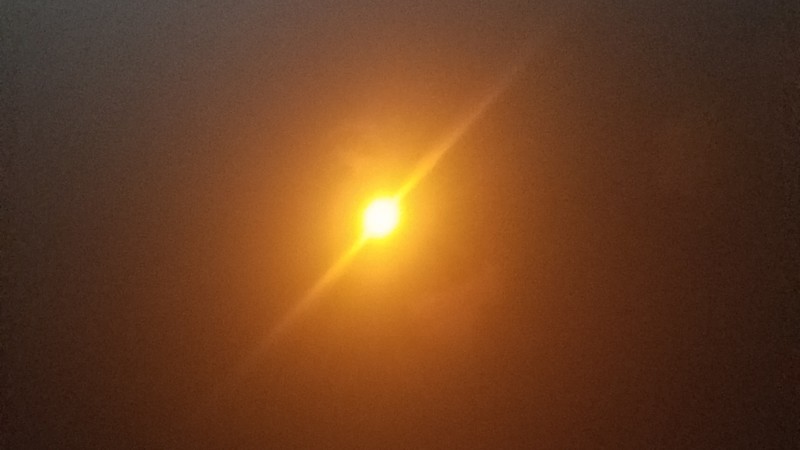 Still too much light. I fiddled around with the ISO and the aperture until I snapped a picture that worked. 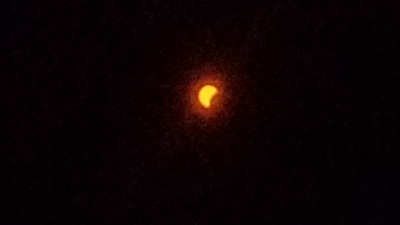 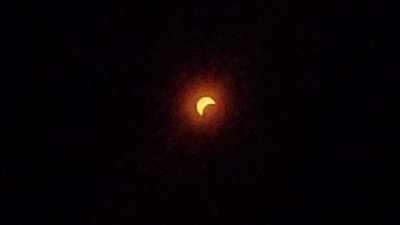 Meanwhile, on the other side of the country in Idaho, Chris Peterson was witnessing a total solar eclipse, seeing the whole landscape around him fade to gray and then darkness. 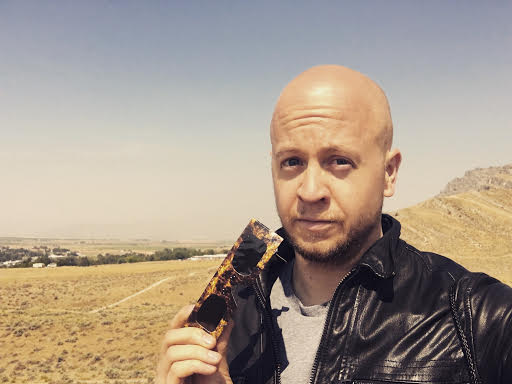 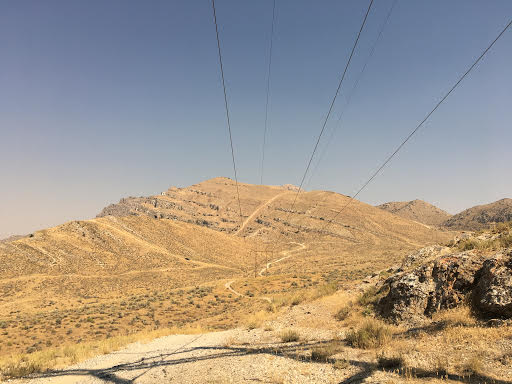 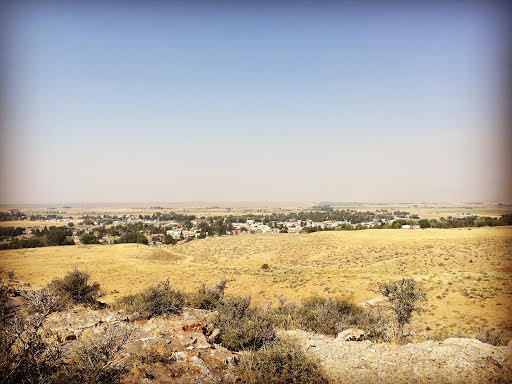 Danny B.D. ’15 and his dad, at a rest stop in Wyoming, built a pinhole projector rig out of FedEx poster tubes to capture the eclipse. 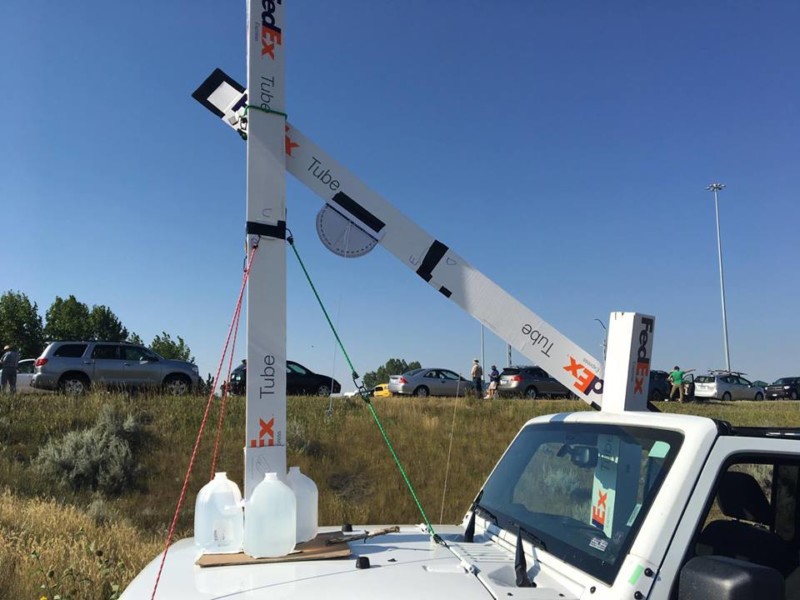 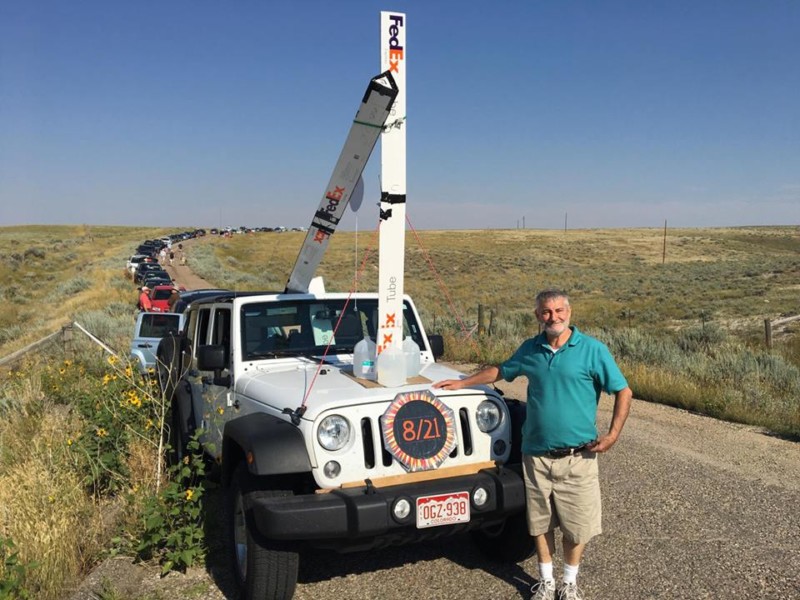 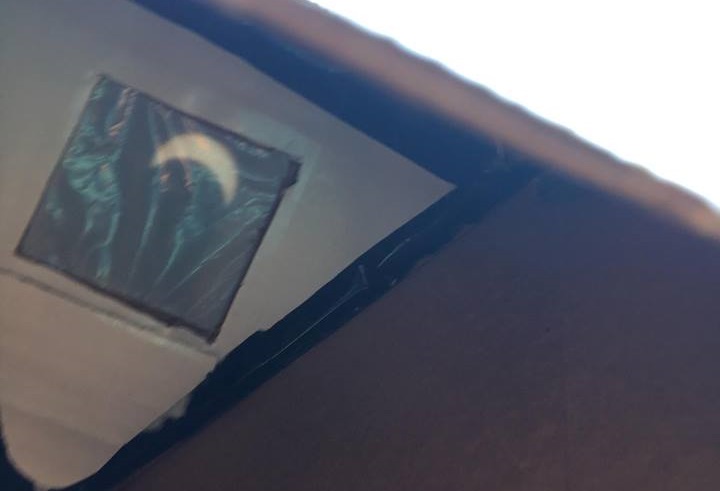 Anna H. ’14, her family, and her space-themed outfit were watching the eclipse from Oregon. 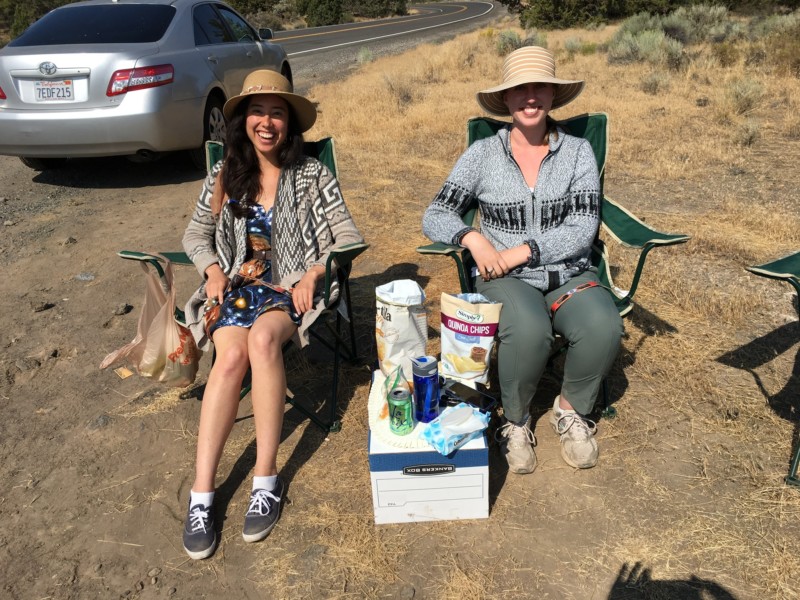 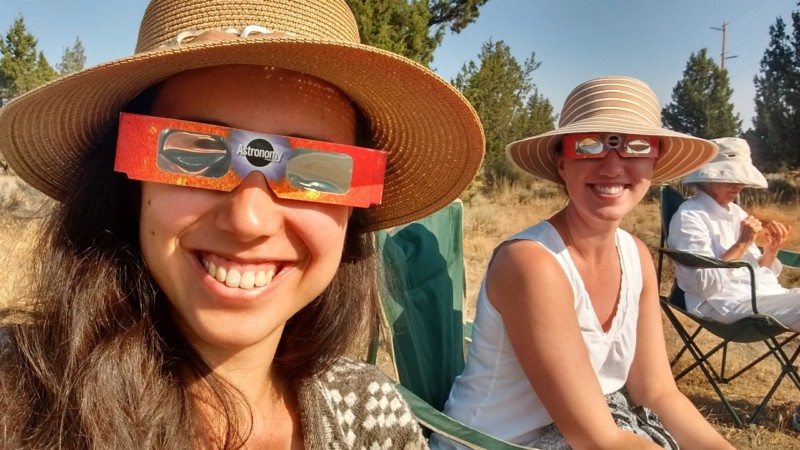 There were also alpacas there. 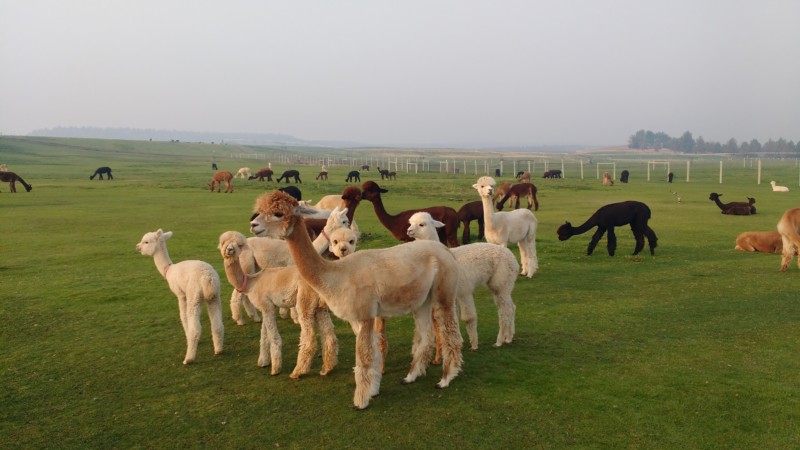 Michael C. ’16 was also in Wyoming, setting up his professional camera to get some amazing pictures of the eclipse. 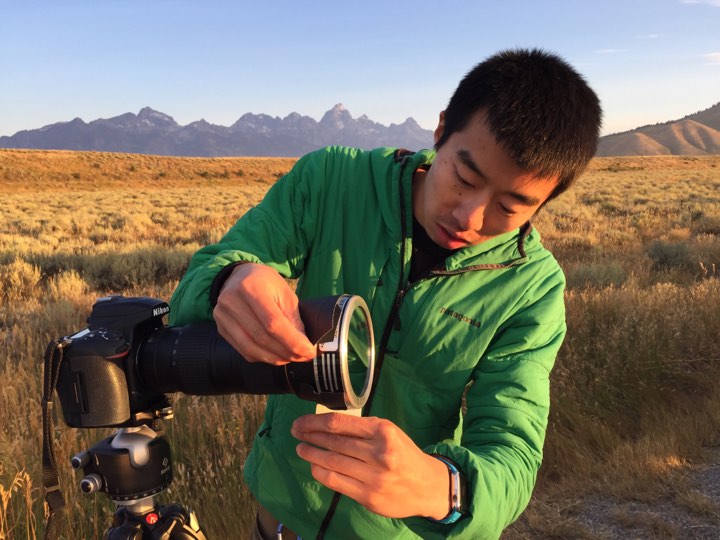 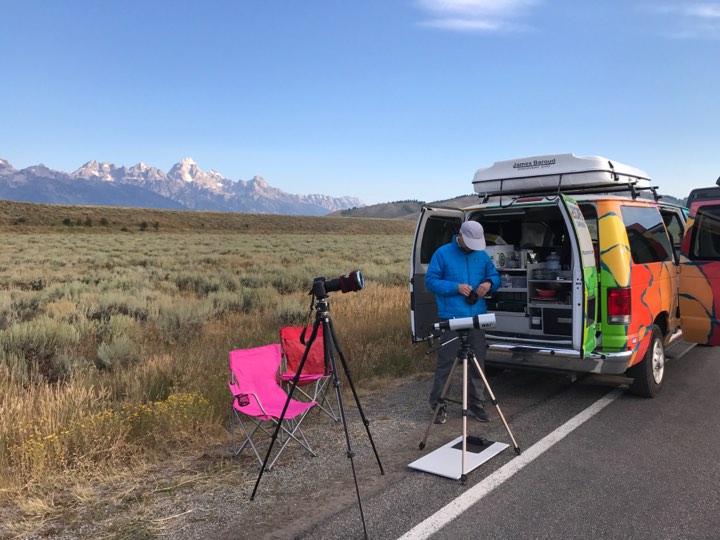 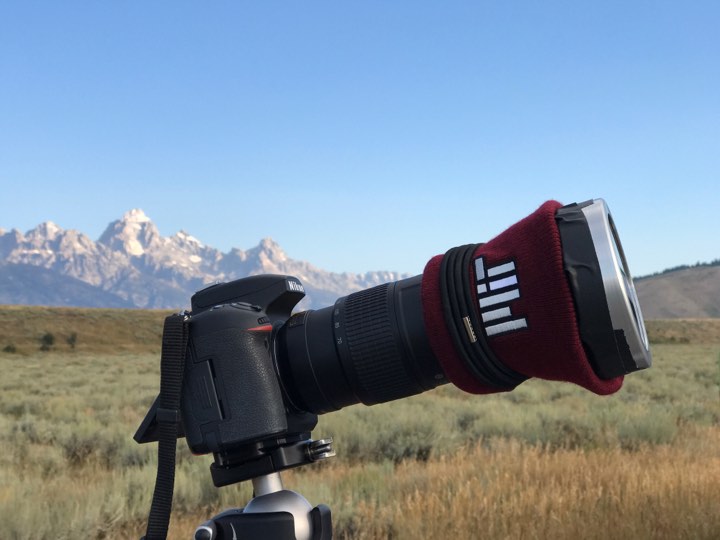 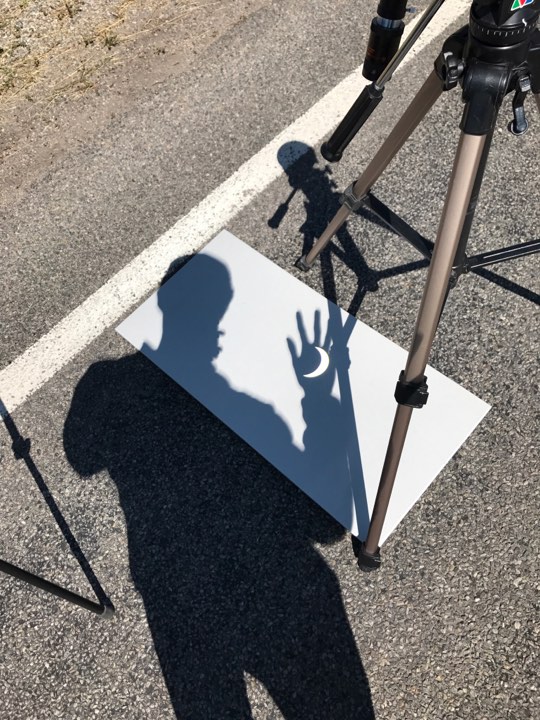 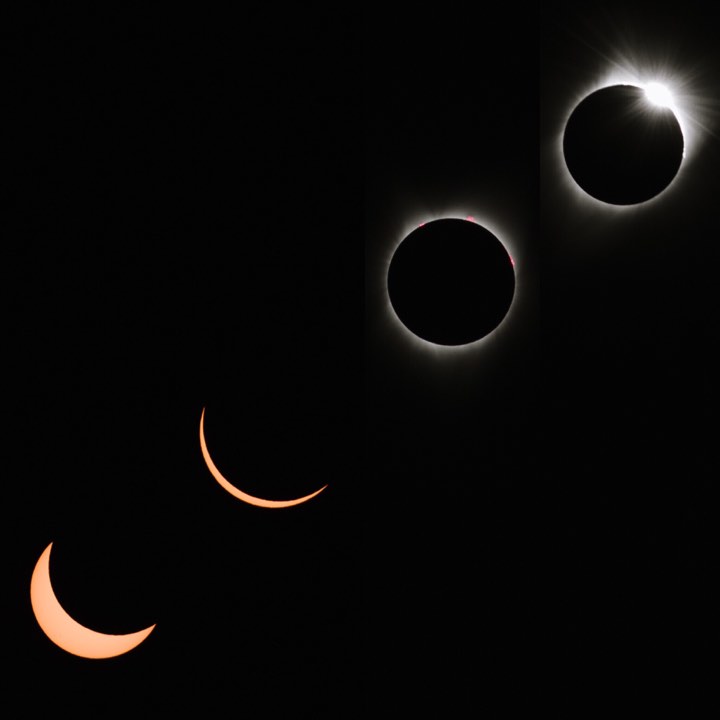 It’s hard to believe that some people have been waiting for this day for decades. Just look at this ABC News broadcast about the last North American solar eclipse from Feb 26, 1979. 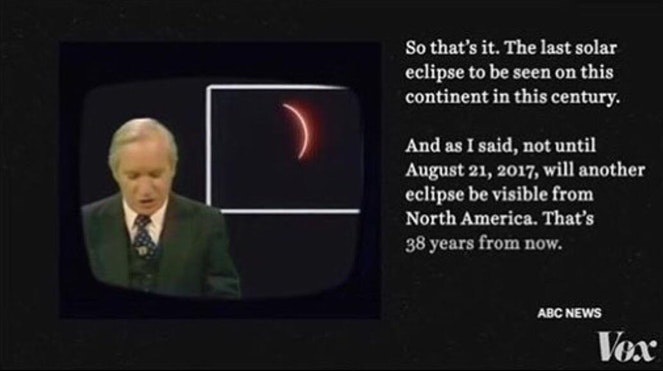 The next total solar eclipse over North America won’t be until April 8, 2024. I hope that as a species we begin to look more to the stars and place more importance to cosmic events like these. It’s a pretty crazy universe there.