An Embarrassing One Minute by Vincent A. '17

everything that can go wrong...will find a worse way to manifest itself

In the tale that is my Junior Spring Semester, two exciting and terrifying themes have emerged. The first is projects; I’m taking two project-based classes (among others), whose projects span the course of several months from conception to development to iterative improvement to final product. It’s a daunting task, as the systems we’re designing are underspecified and open-ended, which means that there’s a lot of groping walls in the dark and stumbling across roadblocks. The second theme is talking. Lots and lots and lots of talking. Most of my classes this semester devote a fair chunk of the grade to participating in various forms – whether it’s being involved in the systems analysis of 6.033 (Computer Systems Engineering), or analyzing memoirs and student essays in 21W.022 (Writing Autobiography), or giving several presentations to a classroom full of your peers in 6.813 (User Interface Design and Implementation). It is in this final class that the most embarrassing one minute of the semester reared its head. It’s one of those memories that makes you cringe each time you recall it. Fifteen years from now, when I’m married and have kids and am still swearing angrily over non-functional code and writing dark stories, I will retire to bed, and just before I wonder if I should take Sherwin Junior to his band practice tomorrow, I will think of my performance at the first 6.813 presentation, and I will spend the next thirty minutes cringing and rolling around in bed, looking like this: 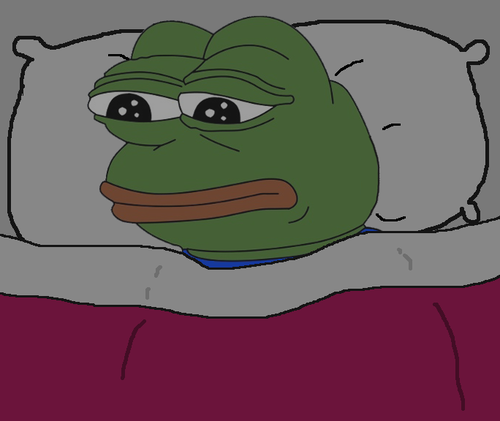 How did things go so wrong? A Series of Unfortunate Events Mistakes led to falling dominoes, one then another then another then us choking on words in front of a class that looked equally amused and horrified. Let’s roll back a little, shall we?

6.813 is an interesting class, one of those course 6 classes that places a great deal of responsibility on its students. Mandatory lecture notes and “picoquizzes” are assigned prior to every lecture. In class, we have additional nanoquizzes testing us on the reading material. And problem sets. And a semester-long project. The project is the heart of the class. Teams of four, or three in my case, come up with a problem they want to solve, the users for which that problem exists, and then implement a full User Interface by semester’s end to tackle that problem. Zero hand-holding exists. We come up with the problem, users and designs ourselves—the only constraint is that we can’t be part of the users for which we’re creating solutions. So, for instance, we can’t design an app that manages the schedules of college students (because everyone on my team is a college student). We can design apps that connect acapella college groups (because no one on my team is in an acapella group).

To help us out, the project is split into six chunks (GR1 to GR6), each chunk worth 7% of our grade, and representing a step toward project completion. For instance, GR1 is about defining the problem statement, identifying users our solution would help, and summarizing high-level tasks our solution would implement. GR2 is about creating several informal design sketches, etc. The end of a GR is usually marked by a four-minute class presentation, in which each member of each team explains their current design progress.

My team is called Team Friendly Panthers (we’re very friendly, why else?) and consists of me, Abel T ’17, and Gabriel E ’16. We have three common ways of communicating with each other—in person (naturally), over Facebook (in which case, I have to forcefully pluck my eyes off cute cat videos and asinine rants about the newest way a celebrity is embarrassing humanity), and via e-mail. On the week our GR1 presentation was to happen, we decided to meet a day earlier (a Thursday, the only day that worked out for all our schedules), and create our presentation. Prior to Thursday, we’d already figured out what we wanted to build, a web-app for letting kids draw and paint and share their artwork – spaghetti monsters, evil Santa, ice-cream pizza, whatever their little hearts desired. With the problem statement down, we needed approval from our Teaching Assistant (TA), which we’d already gotten. So, yeah, it was just a matter of creating a bunch of slides. We expected it to take two, three hours tops.

We were so wrong. Mistakes we’d unwittingly made were about to bite us in the ass.

We met in the fifth floor of the Student Center, an Athena cluster full of sleek computers, whirring printers and the kind of faint, typical-MIT discussion that sounds strange without context (“A binary tree is practical, if we make each node a k-size binary heap”). I’d already created a slide for the team and was filling in preliminary info (introduction slide, problem statement slide), when Gabe ’16 mentioned something about interviews.
He seemed surprised.

He pointed at a post on Piazza (a website where students and professors get to ask and answer class-specific questions). Someone had asked if the “interviews and observations” needed to be done by tomorrow’s presentation. The professor had replied “Yes.”

I went to 6.813’s home page, scrolled to the bottom, which contained links to all the GRs and clicked on GR1. Skimmed through the walls of text quickly.

Three potential users meant three young kids. Ordinarily, finding three kids to interview for an MIT project wouldn’t be too bad in Boston, but at such short-notice, we didn’t even know where to start.

We spent a while discussing where we could find kids and eventually decided that if we scrapped the idea in favor of a new one, whose users we could find on campus, we would still be on track to creating a kickass presentation.

So we brainstormed, considering all possibilities.

An app for MedLinks (MIT students who act as first-aiders and as intermediaries between MIT Medical and undergraduates). But what would the app do that their current website already didn’t?

An app for apps!

At some point, we eventually settled on the perfect idea. None of us really cooked for ourselves at the moment—unless you considered freezing ice or pouring milk into a bowl of cereal cooking—and thus we could create an app for cooking enthusiasts in MIT to view and share recipes. That sounded pretty awesome, so we e-mailed our new idea to the TA for approval, and set off to our respective dorms to find and interview cooking enthusiasts.

What followed was a night of simple interviews, documentation, typing. At some point, we had our presentation slide finished. I did dry runs of what I would present until I was confident I would nail it tomorrow. Then I worked for a bit on my 6.045 (Automata, Computability and Complexity) p-set, until about four a.m., and called it a night, feeling pretty happy with how much we’d gotten done.

I checked my e-mail. No response from the TA yet. Ehh, she’d probably respond in the morning. I sent her a link to our slide for tomorrow’s presentation, and was about to dive under my sheets, when I realized something felt…off. I wasn’t sure what, but something was off.

It only took three minutes of searching to find out. The initial e-mail we’d sent, describing our new project idea, had been sent to the wrong address. And normally, the e-mail system alerted you if the address you’d sent anything to didn’t exist, but we’d had the misfortune of sending our initial e-mail to a wrong but existing address. I’ll use fake e-mails for the sake of privacy, but our mistake—not the first of the day, not by a long shot—was analogous to sending an e-mail to [email protected] when you’d meant to send it to [email protected]

Somewhat panicky, I sent an explanation to the correct address along with the new slide, breathed a sigh of relief. Slept. Hours later. Blaring alarm. Sunlight. Grumpy snooze. Alarm off again. Fine. I get up, brush my teeth, checking my e-mail at the same time, thinking somewhat nervously about the presentation we needed to make in the next forty-five minutes. I was nervous, but I felt ready.

Hmm, an e-mail from our TA. I read through it. My heart turned to dancing drums. Teaching staff felt like we were part of the user group. Our recipe idea for the project had been rejected, and we needed to come up with a new idea and a new presentation, in time for class.

Hell broke loose for our team. We scrambled around, spending the next thirty minutes coming up with new slides, a new presentation. Thirty minutes! Needless to say, we were ill-prepared. Class time rolled around. Teams went before us, presenting sleekly polished slides and content grins. Time felt strange and liquid, pushing my team through the rest of the hour, until somehow, we were standing in front of the class, ready to make a presentation that had barely existed an hour ago.

Words came out of each of our mouths, but I think that’s as much as we accomplished. You can picture how it went. Awkward, painful, terrifying. We still got claps (pity claps, we called them), but I knew that at that moment, I had no choice but to drop out of MIT and open a business somewhere in Las Vegas selling sushi and tacos.

GR1 has thankfully become a faint memory in a day chock-full of bad decisions. Ego salves have appeared in bits and pieces (I got a 105% on the last 6.045 p-set, thanks to hours burnt on the extra credit problem. And even better, a comment I made on a Taylor Swift page started a flame war. Of course, the Swifties won). Our dignities are still recovering, I think, but we learned several lessons from the several mistakes we made. I think the mistakes are pretty clear, and I’ll spare you the tediousness of enumerating them, but suffice it to say that I’m both surprised and humbled that nearly three years into my MIT experience, I’m still astounded by the things the Institute continues to teach me, even outside of class. And by the number of ways I can still fall on my face, pantless. Given my luck, it’s only a matter of time before that expression ceases to be a silly metaphor and becomes literal, so watch out for that blogpost.

But for now, GR1 is a thing of the past. The staff let us use the weekend to come up with a brand new idea and new interviews (our final product is gonna be a central hub for varsity athletes, and yes, it’s been approved).

Our GR2 presentation happened last Friday. For GR2, our team had to come up with a total of twelve distinct interface designs—or four per person, the first three individual, the fourth a combination of our individual sketches—and present a distilled summary of our designs to class. Needless to say, we made ourselves aware of the full specs well in advance, and spent days crafting our sketches. Our second presentation went very well.

For now, the sushi/taco restaurant can wait.
**