…and other things you can do with your four-day weekend by Alan Z. '23

context around the marathon

This post is intended to accompany⁠01 consider viewing them side-by-side! this one.

This semester has been extremely hard; the exhaustion in the undergraduate community has been palpable since the first long weekend, where professors assigned the same amount of work despite the extra⁠02 extra is a strong word here. to be textually accurate, they actually stole three days of break from us, but it was still a four-day weekend. two days of break. I helped write an email to my dorm on March 25th, pleading for folks to take care of themselves, but the feeling persisted. The overall situation seemed worse than anything I had seen in a long time—I imagine the exodus must have been worse, but I think it had a different shade of despair that I cannot quite recall, and in any case, it didn’t linger, not in the way this feeling has.

This sense of exhaustion slowly seeped its way up into the upper echelons of campus administration, and in the week before break, some folks attempted to make actual change. President Reif and the Undergraduate Association rallied hard for faculty to change their semester plans, and to allow for students to take an actual break during the four-day weekend. They emailed faculty directly when necessary, took in a lot of student complaints about specific classes, and sent an email out to the student body telling us that we ought to use the break to relax.

We didn’t get exactly what we asked for. It seems that the general sense is that although some, if not many classes did decrease their workload, others merely punted it down the road, and some made no changes at all. For me, it seemed like the classes most willing to make actual change were also the classes I love the most, and the classes where I most enjoy doing the work—no surprise, perhaps, given that the most thoughtful and empathetic teachers also tend to be the best ones. Because of the general lack of change in workload, I braced myself for this weekend—I knew I would be burning⁠03 I've been using this word for 'doing very little academic work on a given day' for a long time; I try to burn one day each weekend, which has worked out so far this semester. both Saturday and Sunday, and so I would have to cram work into the corners to get it done by Wednesday.

Friday started the weekend off poorly. My only class ended early and told us that we had permission to “not think about [the class content] for the next 5 days,” which was a nice sentiment, but undermined by the fact that the class had just opened two new assignments, one of which was due directly after break. After pointing this out on the class forum, I was asked to discuss this at instructor office hours, which would not occur until the very end of the break. This soured my mood for most of Friday afternoon; I sat there at my desk, fuming, not really doing any work as my backlog of things to do grew larger.

Friday, April 16th, in the Evening

I threw myself into a bunch of CP✱ events Friday evening, hanging out with Shuli and other bloggers and talking about poetry, and teaching a class about South Dakota for ESP. Meeting prefrosh was cool, but, for the most part, I just felt exhausted. In between events, I helped poster Next House, and I looked at my academic work occasionally, but no progress was made.

Saturday, April 17th, in the Morning and Afternoon

I got up early Saturday morning to direct a quizbowl tournament. The tournament ran fairly smoothly—an opening meeting, and then off to rounds for the rest of the day, with a break for lunch. In the morning, I managed to get some work between rounds, splitting my attention between watching lectures and keeping track of tournament progress. In the afternoon, I helped staff the quizbowl booth for the CP✱ Activities Midway, where prefrosh got to learn about all the exciting clubs at MIT. As the day moved on, I found myself less and less able to focus, and by the end of the tournament, I was barely capable of keeping track of what was going on. The tournament ran mostly without issue, though, and that was good enough for me.

Saturday, April 17th, in the Evening

After the tournament, a couple of friends and I took the T up to Harvard. We grabbed some takeout, as well as boba from Kung Fu Tea, and then walked back to our respective dorms; on the way, I stopped by Target to buy some snacks for the marathon walk. I ate a few bites after I arrived back in my room, and then ran down to the Next House TFL⁠04 the <a href="http://next.mit.edu/facilities/">Tastefully Furnished Lounge</a>, which is just this huge lounge space to help film for the i3 video.⁠05 videos introducing dorm culture to prefrosh and prospective students! coming soon… I finally ate dinner at 9, and by that point it was time to start preparing to sleep, before the marathon—another day spent without doing much academic work.

On Sunday, I walked the marathon.

Monday, April 19th, in the Morning

I woke up fairly late Monday morning, and grabbed lunch before slowly motivating my legs towards the Johnson Athletic Center to get my biweekly coronavirus test. After subjecting myself to the new, plastic swabs, I continued walking eastwards, towards a greenspace outside Site 4, the new graduate dorm, to attend a blogger meetup. I got there a little early, so I sat outside and read a book for one of my classes, occasionally stopping to say hi to a friend passing by. Eventually, other bloggers trickled in, and we caught up about all the things we’d been up to during the past few weeks, over some snacks provided by Petey.

Monday, April 19th, in the Afternoon and Evening

After the blogger meetup, I stumbled back to Next. When I sat down at my desk, I thought, “oh, maybe it’s time to get started on all that work I haven’t been doing.” I looked at my to-do list, tried to gather the focus to pick a task, and my body just said “no.” Many times, I’ve pushed through that feeling just to get things done. I remembered the email from the faculty though, so, I decided to listen to the advice—I took a break, because I decided that, in fact, I actually did need it, and just chose to do nothing.

At 8 PM on Monday, the Next House House Team⁠06 the group of adults who live in a dorm and help make sure students have authority figures to turn to if they need resources organized an event in the dorm courtyard to show Ring Premiere, a yearly tradition where the committee of students who have worked tirelessly to design this year’s class ring show off its design. Traditionally, it is held in Kresge Auditorium, and almost the whole class attends, but, in lieu of that, we had a small, socially-distanced celebration outside.

The premiere was pretty good, in and of itself, with many interesting alumni speakers and a very cool design. But the ambience, the feeling of being part of a community with all the other ’23s, together again at last, watching a celebration of our class, it felt like everything was almost right again. I felt at home, and things felt normal.

I did no work all day, but I felt okay about that.

Tuesday, April 20th, in the Morning and Afternoon

I got up a little earlier Tuesday morning and started begrudgingly working on the assignments due on Wednesday. After lunch, I headed out with a few friends of mine to the Arnold Arboretum, all the way out at the end of the Emerald Necklace. The thought that I wasn’t sure if I could get all my work done flashed through my head, but I ignored it.

We spent a few hours in the Arboretum, taking in the warm weather and the beautiful trees. This is the first year I’ve been able to see the flowers bloom in Boston, since I was at home this time last year. We sat at the top of the hill for a while, and just gazed out onto the Boston skyline, watching in silence as the clouds rolled by.

After visiting the Arboretum, we headed into town; some of our group had vaccine appointments at Hynes Convention Center, so the rest of us wandered the Prudential Center⁠07 to be honest, the Pru is not a very interesting mall, but i have weirdly fond memories of it for the first time in over a year. It felt like things were finally clearing up, because of both the break and the sense of a slow and gentle push towards the normal. We headed back to campus after that.

Tuesday, April 20th, in the Evening

I hunkered down Tuesday evening to finally do all the work I’d been promising myself I would do. I finished my Wednesday assignments, slowly, but surely, and made some halting progress on the long-term projects. lt didn’t feel like much, and part of me still felt guilty for not doing enough work, but most of me felt like whatever did get done was more than enough. I got a break, and it felt good because it was something I’d needed, whether or not my classes moved for it. That was good enough. 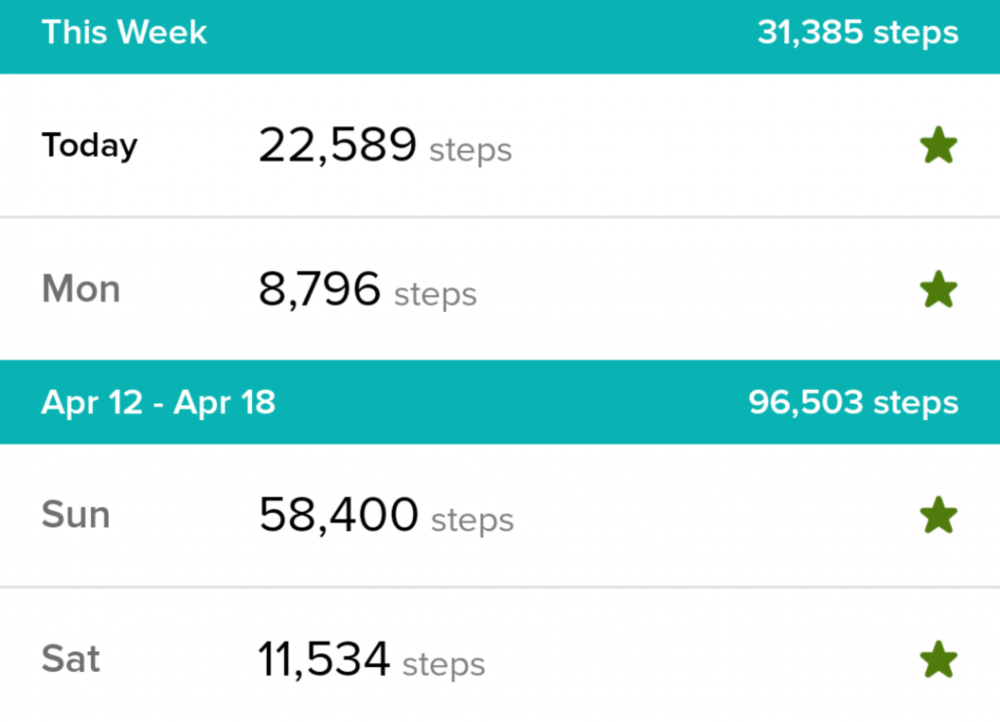 All in all, a break well spent.