My time in Germany sadly came to an end two Sundays ago, when I packed my suitcase yet again (I’m really good at it now, haha) and hopped over to England to visit a childhood friend. I’ve spent the past week with her roaming all over London, getting all paparazzi on palace guards, and attempting to imitate British accents as best I can.

All the traveling I’ve done this summer finally reminded me of a guest entry I meant to post a long long time ago, regarding the epic IAP 2010 travels of Carin ’13. Better late than never, though, right? Here it is at last :)

This IAP I went to the Philippines with Yuri ’10 and Anita ’11 to work on a poverty action project sponsored by the Public Service Center (http://web.mit.edu/mitpsc/) and the Global Poverty Initiative (http://gpi.mit.edu/). MIT hadn’t had too much involvement in the Philippines before, so it was our job to explore the country’s development needs, meet with NGOs (Non-government organizations) to hear about their day-to-day technology needs, and ultimately develop project ideas for MIT students to work on.

We spent most of our time working with an organization called Gawad Kalinga (GK). GK is an organization that operates throughout the Philippines and builds villages for deeply impoverished Filipinos. While living in and traveling between GK villages we looked at villagers’ lifestyles: how they cook, what they use for transportation, and what they do for jobs in order to see if MIT students can develop assistive technologies. We also talked to GK personal about what technologies might help them in their work, and what needs they saw in GK communities. Between the four villages, we got a pretty good idea of the needs of the urban and rural villages.

When we weren’t working with GK, we were in Manila meeting with other NGO’s and exploring local historic sights. We ended up meeting with representatives of Habitat for Humanity, visiting a Habitat village, meeting with an MIT alum about potential projects, and visiting various markets, churches, monuments and even a volcano.

Some Ideas our project generated:
• Human powered compost shredder for decreasing the amount of time required to produce fertilizer.
• Waterproof library system (protects books in the event of flooding)
• A Bamboo strengthening technique that would make bamboo a better building material for monsoon prone areas.
• A technique for recycling glass bottles and plastic bags into building materials, or something else useful (look at the 2nd picture to see why this would be useful/necessary)
• Marketing system/ outlets for handcrafts made in GK villages.
• Inexpensive enamel/ roof coating for metal roofs (reduce rusting and leaking in roofs)
• Inexpensive solar lighting system for rural villages.
• Alternative uses for bamboo and coconut husks (bikes, ect).

There are only a few of the ideas we generated but we have more, and we have lots more details about the projects I listed…. So if you’re coming to MIT (or you currently go here) and you’re interested in any of these projects, please contact me! Anyways here are some pictures from the trip: 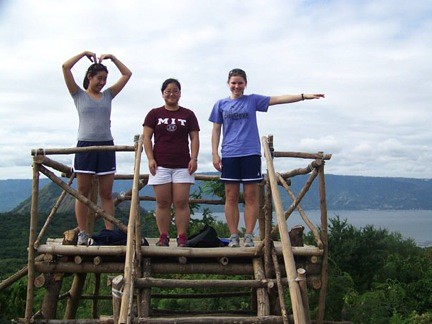 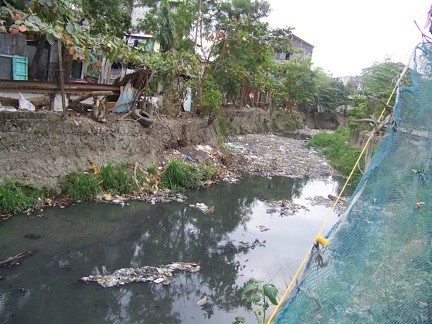 A pretty typical stream in manila, those islands are trash. 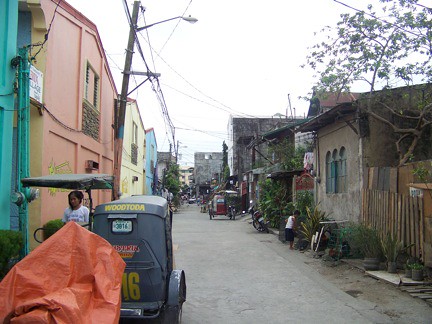 The left side is a GK village, the right side isn’t. 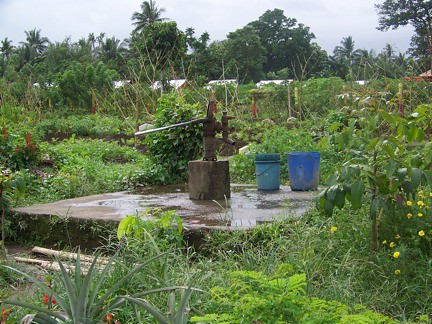 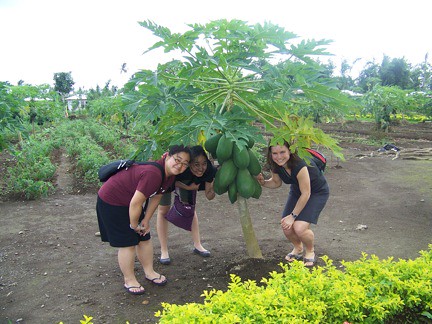 Yuri, Anita, and me with a papaya tree. I both picked and ate my first papaya on the trip. 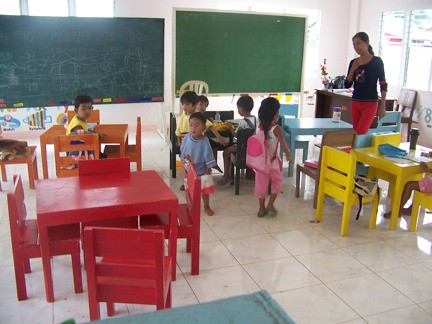 A Sibol (basically elementary) School in a GK village. 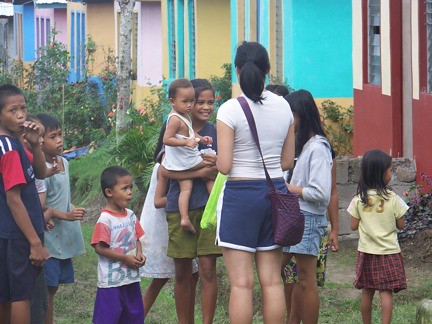 Anita meeting (and giving candy to) some local kids. 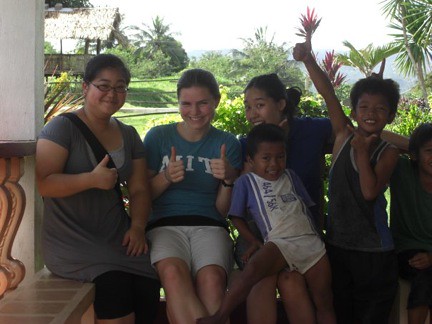 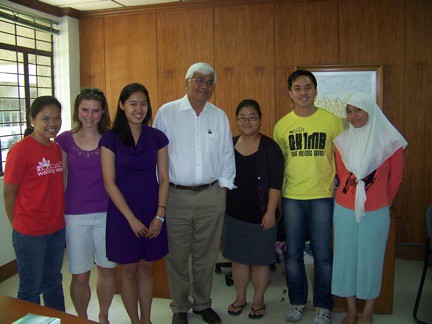 Pictures with Roma, who was our main contact with GK (far left); Tony Meloto, founder of GK (center); and a few other GK staffers. 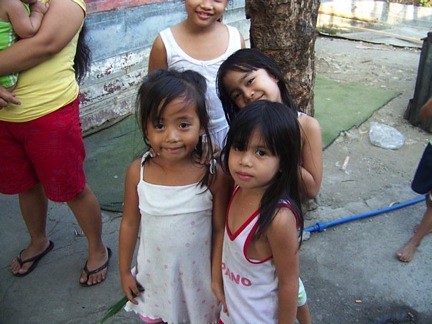 Do you really need a caption? 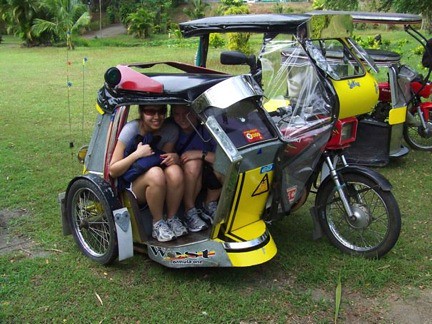 Anita and I riding in a “tricycle”: a common form of transport in the Philippines. 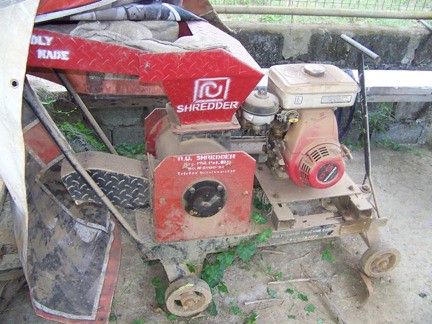 Compost shredder that’s motor was destroyed during the last big flood. Apparently even when the shredder was operational, the cost of the gasoline often prevented it from being used.

If you’re interested in contacting Carin, you can email her at [email protected]! She’s awesome – and I’m going to miss having her on my floor next year :(