Anyone else OCD about saving space?? by Jenny X. '13

This blog is about things on my computer.

(Preface: I am also sorry for disappearing. D:)

So anyone who knows me knows that I have strange computer habits/superstitions such as keeping the laptop charging even though it’s 100% charged – which I’ve been told is actually bad for the computer, but whatever – Ineedtobeliterallyandfigurativelypluggedin (typing without spaces is another idiosyncracy).

My left [shift] key was also set as some function other than being [shift]. That drove my architecture studio professor crazy. So I finally changed my mind.

AND ONE THING I REALLY HATE IS USING SPACE ON MY COMPUTER – via you know, installing software and things. 100 MBs?? 4.1 GBs?? GET. OUT.

Yeah, it’s pretty irrational – computers are meant to be used, aren’t they. But still, I want my free space.

So that’s why architecture has been such a pain in the derrière these days. (Also, the programs just suck – yet they’re superstars at sucking away all my time.)

Apparently, we’re so deep into the digital age that I can’t take an architecture class without having to install a billion types of software. Over the last few weeks, I’ve had to partition my macbook to install Windows, so that I can then install AutoCAD, Rhinoceros, 3D-Max and soon to come vray and wufi. I am so distressed for my computer. The upside is that I’m actually gaining some concrete skills for the industry. 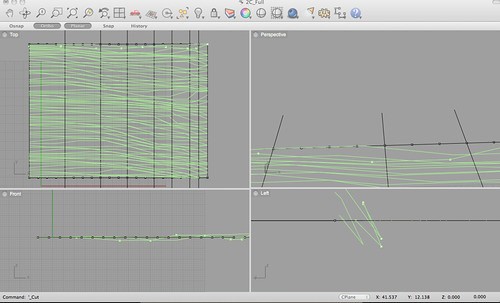 So I spent literally 6 hours drawing those lines on Rhino. 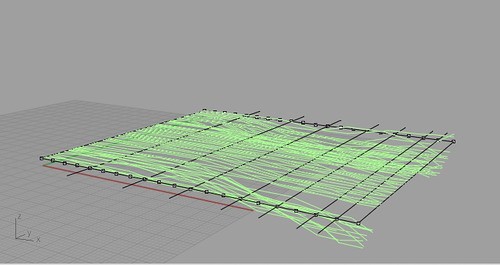 – and then 6 more hours making all those lines 3-D; Note: every line has 10 segments, each segment has to be moved a specific distance individually. So yeah…

For design computing, we got to make 3D models. Basically, we modeled a cafe on AutoCAD and sent it to a big, expensive 3D Printer …

in this scary room: 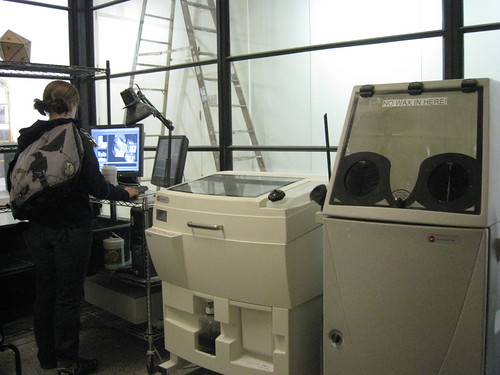 This is the printer: 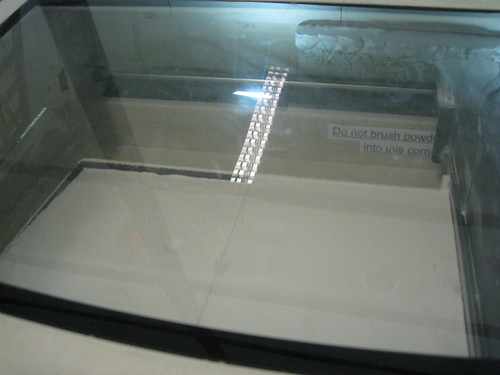 So the printer makes marks back and forth like a regular printer, except replacing paper with … powder…After the printing is done, we have to excavate the model like an archaeologist, with tools and everything…

– and then it gets baked in the oven! 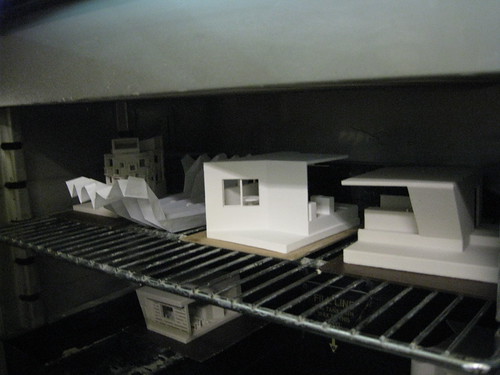 (Mine’s the one in the middle; all the people I put into the model died…well, there’s half-a-torso left on a bench.)

Look at that sea of blue… 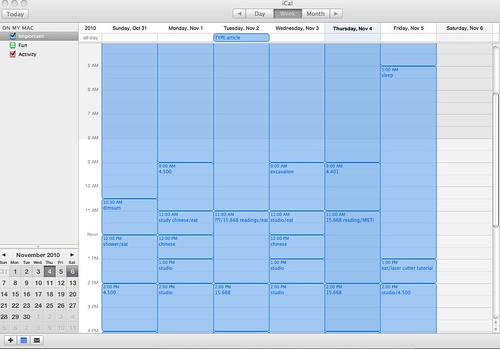 But don’t worry; read this gchat convo I had with my friend —

Wendy: lots of stuff to do
ahahah
me: yeah
man
i’m iCal-ing
right now
x_x
Wendy: XD
any white areas? i’m guessing not many :P
me: oh i never do
cause i schedule
sleep
and shower
Wendy: ahahha OH
XD
thats funnyyy XD XD
11:00-11:05 – go to bathroom
me: you’re jealous of my life
i know
Wendy: ahahaha
yahrrp

Haha, have a good day people :)

1) They’re done and over with and the scores won’t change.
2) They will most likely not be the factor to get you in MIT or keep you out.

So think about something else :P

17 responses to “Anyone else OCD about saving space??”