networking with over 20 venture capitalists all over the startup scene

A venture capitalist seeks out startups with high potential and invests money from the venture capital firm they work for into those startups to make returns. As an entrepreneur, being in their good graces and learning from their insight could be the difference between life and death for one’s company. I wanted to meet as many as I could and learn as much from them as I could before I started my own venture.

Then on late Thursday night, my friend told me “Hey Erick, tomorrow morning is Ask A VC Boston, right in the Microsoft Nerd Center. Venture capitalists from all over will be there.” So, I made a mental pro’s and con’s list:

Pros outweighed the cons. I finished my pset, slept for a few hours, woke up, rolled out of bed, splashed my face with cold water, brewed some coffee to stay awake, and headed over.

The event started with some networking followed by a Q&A panel. Afterwards, the attendees could pitch their startups to the venture capitalists and get feedback on the spot. I didn’t have my own startup yet so I just focused on getting good insight. 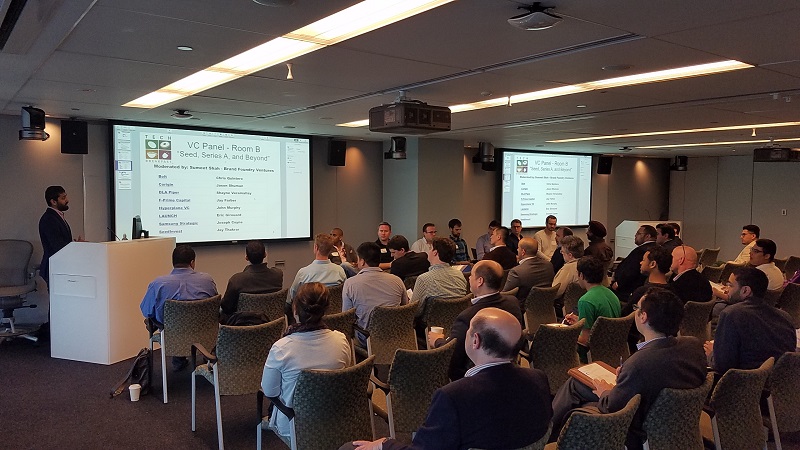 There were so many speakers and attendees that they split the panel into two different rooms. Sumeet Shah from Brand Foundry Ventures led our panel, and he opened up by asking the VC’s, “What was the worst pitch you ever recieved?” The responses were hilarious, from “disposable toothbrushes” (aren’t all toothbrushes disposable?) to “like an iPad but in the shape of a sphere and it goes on top of your car”. 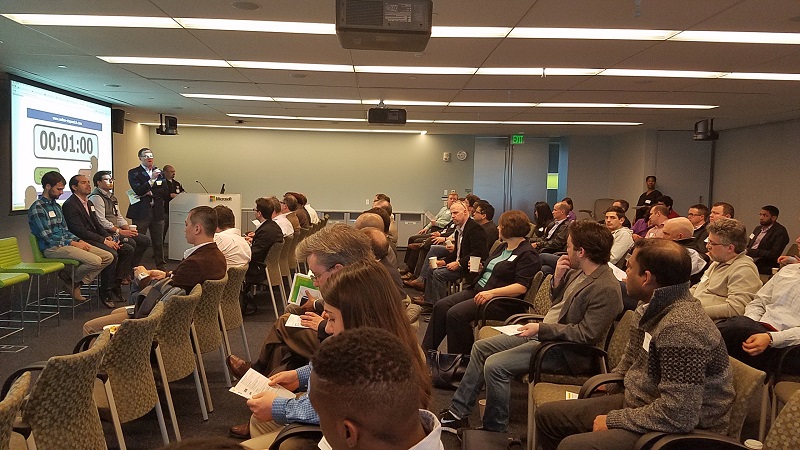 Towards the end of the panel, I introduced myself and asked them what they felt were the biggest current challenges in their current industries that new startups would have to overcome. Some of the things I learned:

Afterwards, we listened to some of the pitches from the audience, followed by more networking afterwards. 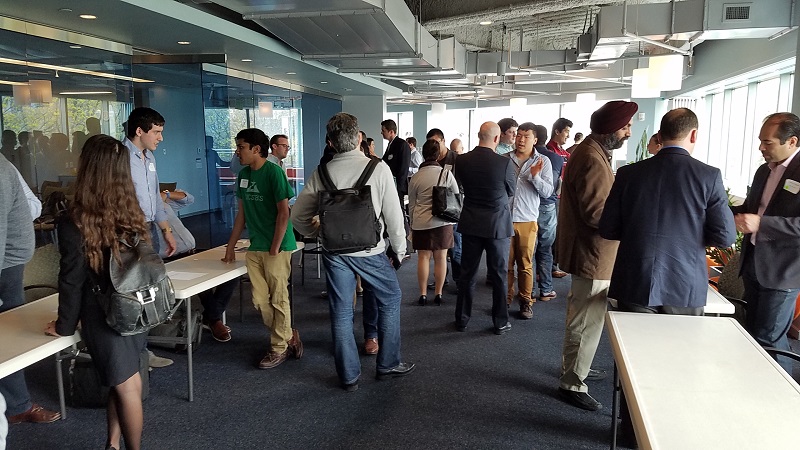 I didn’t stick around too long for the networking afterwards because I had to get to another class, but I did learn a lot. Until this point I imagined VC’s as intimidating faceless groups that could spell doom for your company if they didn’t want to give you money. But that day, after talking to many of them, I realized how they’re really people who want the same thing as the entrepreneurs – to see good companies flourish (and make money).

As the old adage in the VC world goes, “Ask for money and you get advice. Ask for advice and you get money.”

Here’s the guest list of the VC’s that were invited. Not all of them were able to make it but I did get to talk to the ones that were there and learn from them.

Chris Quintero from Bolt, a venture capital firm designed for hardware startups. Two out of three of the founders got their Master’s at MIT.

Jason Shuman from Corigin Ventures, which focuses on the future of consumer behavior and daily living.

Shayne Veramallay from DLA Piper, a global law firm with 4,200 lawyers in the Americas, Asia Pacific, Europe and the Middle East to help companies with their legal needs around the world.

Chris Protasewich from Highland Capital Partners, which has raised over $3 billion in committed capital and invested in more than 225 companies, resulting in category-defining businesses across consumer and enterprise technology

John Murphy from Hyperplane VC, which focuses on machine learning and data companies.

Eric Girouard from LAUNCH, for next generation commerce companies.

Ed Coady from Launch Capital, with a core focus in technology, healthcare, medical, and consumer businesses.

Matt Hayes from Point Judith Capital, which focuses on investments in software and technology enabled services.

Jay Thakrar from SeedInvest, an equity crowdfunding platform that connects investors with startups.

Steve Agular from Zaffre Investments, which invests in products and services that focus on changing healthcare.