“The winter has come. The days are dark, cold, and dreary. There is little happiness, and little to look forward to; no hope remains. In this climate of despair and misery, we finally go crazy. All rationality is lost. We are here to celebrate the ideas that are borne of this insanity.” 01 The only true part of this quote is the first sentence. Winter here is cold, yes, but beautiful. Besides the lower temperatures, everything is pretty normal – no darker, colder, or drearier than it has been since I got here. For me, IAP has been a time of relaxation and recreational exploration.

Bad Ideas is an annual tradition at MIT, revolving around East Campus. Over one weekend during IAP, students compete in ridiculous events⁠02 Anyone with a bad idea can apply to receive the resources and support needed to make it happen. . People came up with all sorts of bad ideas that pushed our stomachs, hearts, and brains to the limit. Here is my experience at six of them! 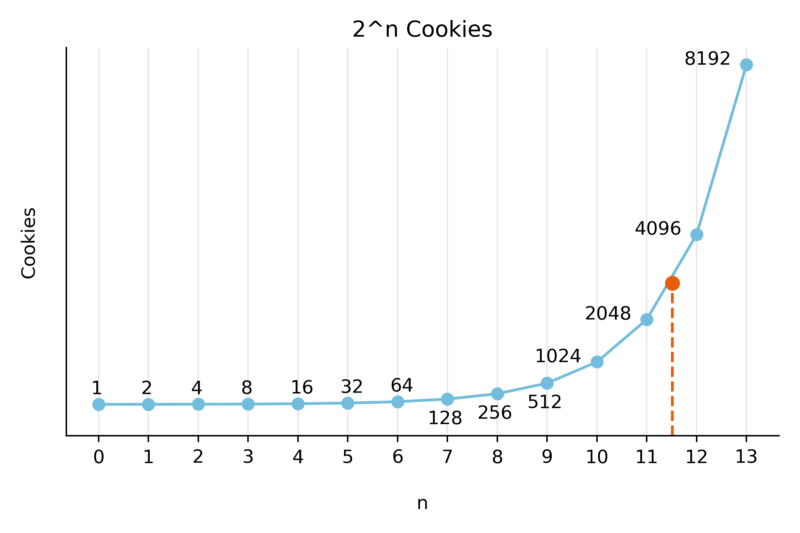 I arrived at 2 East when they had just reached the 800-cookie mark. The kitchen was beautifully efficient – across each counter, people were mixing, rolling, and then placing cookie dough onto trays. In another area, people were collecting and counting the finished cookies. The foot-tall pile of cookies covered the entire surface of a large table. It was the kind of cookie mountain that would have made my 5 year old self⁠03 tbh, my current self too jump up and down in excitement. I had a bunch of them and they were really good.

To make a lot of cookies, you need a lot of ingredients. 2 East bought 107 pounds of flour, 336 sticks of butter, 28 dozen eggs, and 125 pounds of chocolate chips, in addition to a ton of baking powder, baking soda, salt, sugar, and vanilla extract. About half of the ingredients were actually used on Saturday and the rest has since been distributed to other halls to bake desserts for birthdays and other special days! The cookies were finished off at the Bad Ideas Ball held on Sunday night. 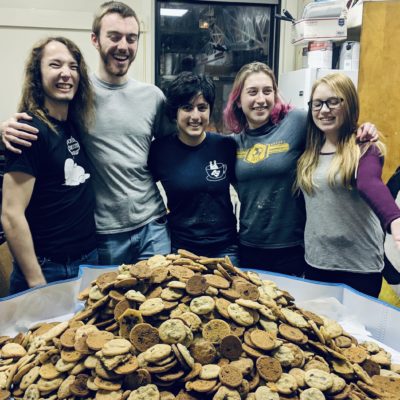 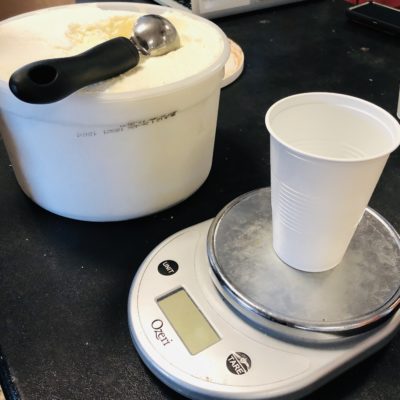 each ice cream serving was weighed and consumers were timed

Computer science student Kavya R. ’20 explored her interest in algorithms at this event. She timed people as they ate three servings of ice cream, each of which varied in size, to determine the time complexity of each person’s “ice cream consumption algorithm”. Time complexity is a measure of how long a program (or, in this case, a person) takes to process a given input (such as servings of ice cream). 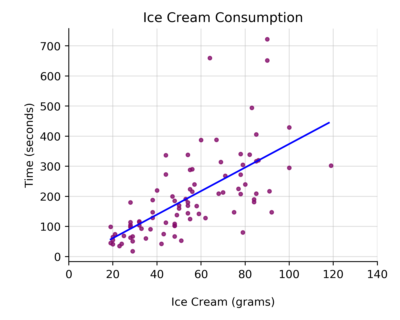 I voluntarily climbed up an 18-story building 22 times. I did this with a team, and we placed third! 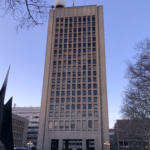 This was perhaps the worst of the bad ideas I took part in. It was so bad that I wrote an entire post about it! I analyzed some heart rate data and did an analysis of the winning teams’ strategies. My team is planning on doing this again next year. The data has shown us what we’ll need to do to win first place. ;)

If you attended high school in the United States, you have probably ran the FitnessGram Pacer Test, a “multistage aerobic capacity test that progressively gets more difficult as it continues”⁠04 quote should have been read in a computer-generated male voice . 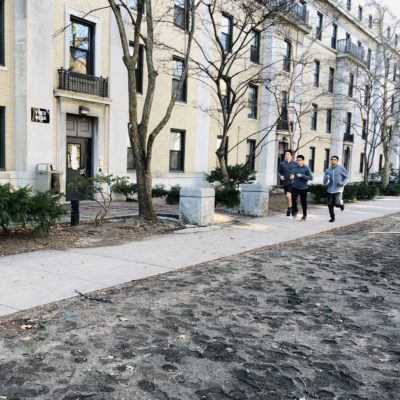 Last spring, I thought I ran the pacer test for the last time. But, since someone had the bad idea to run the test in the East Campus courtyard, I found myself running it yet again. The person who reached the highest number won a prize. If I recall correctly, one of the people in the photo above won this challenge with a score of around 83.

The Python bee was hilarious to watch. Competitors coded blind, under time pressure, in front of a large audience – a recipe for success! I’m planning on competing next year for sure.

To start, competitors had to define a function that would print the sum of all odd numbers in a given list. Some did this using lambda functions while others used for loops. Next, competitors were asked to print “2019” without using any digits in their code. The questions got progressively harder from there.

When people were eliminated, it was usually because of issues like missing spaces or indents – not because they didn’t think of good solutions. These are expected errors when you can’t see what you’re writing.

East Campus floors battled each other in a surprisingly realistic round of Family Feud! People were packed into the Talbot lounge to watch. There was even a Steve Harvey (a student with a stick-on mustache). Two of my favorite questions and answers were:

Without a doubt, Bad Ideas 2019 was a fantastic time. I felt a unique thrill from committing serious effort to activities that were so clearly bad ideas, whether it was climbing up an 18-story building for four hours or baking thousands of cookies. It was inspiring, too – seeing my peers dedicate so much energy and skill into making one weekend of bad ideas a success reminded me of what MIT students can do when we put our minds to it.