With cameos by home, beatboxing, and happiness

My breakfast last Thursday: a Red Bull and an antibiotic. That’s the kind of week I’ve had. Lots of deadlines, meetings, late nights, acne cream. But I can’t complain–I’ve had more than my fair share of fun this month.

Let’s go back a few weeks. At the time of writing, it is Halloween, or October 31. Three weeks ago, it was October 10, and I was in Houston riding a bike.

I was in Houston for a conference that turned out to consist mostly of resume workshops and recruiters from chemical engineering companies. I went to some of the conference events–skipped some, too. This is what I wrote on the night of October 10:

What a surreal weekend. It was my first time in the South, if we don’t count Los Angeles, Florida, and the Grand Canyon.

Based on stereotypes alone, I did not expect to like Houston. But now I understand the phrase “southern hospitality”–Houston is a place of lawn chairs and film screenings in open green spaces. Pickup basketball games, busboys who ask, “Are you from out of town?”, strangers who smile. Soft jazz and yellow lights in the street.

On a whim (but not before consulting the Internet), I biked to the Sundance Cinema to see The Walk. It’s about the tightrope walker Philippe Petit, who, in 1974, strung his high-wire across the Twin Towers and made his mark in history. The theater was empty besides a family and a few middle-aged men. Cute movie, though.

En route to the theater, I passed a gathering with a banner welcoming me to Louisiana. At second glance, it turned out to be the Taste of Louisiana festival at the Jones Plaza. There was an entrance fee, so I didn’t stay very long.

Some other things I saw this weekend: the Rothko chapel, the JPMorgan Chase tower (and Personage with Birds by Joan Miró in front of it), the “Houston is Inspired” mural. 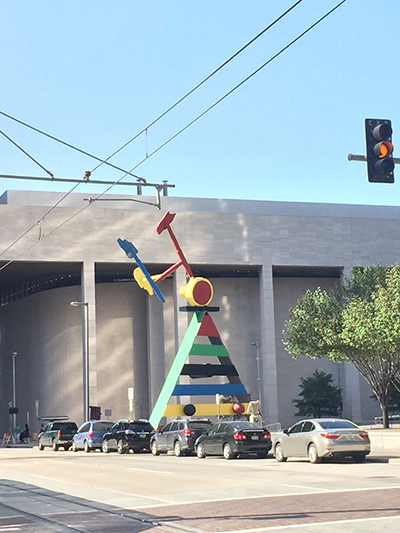 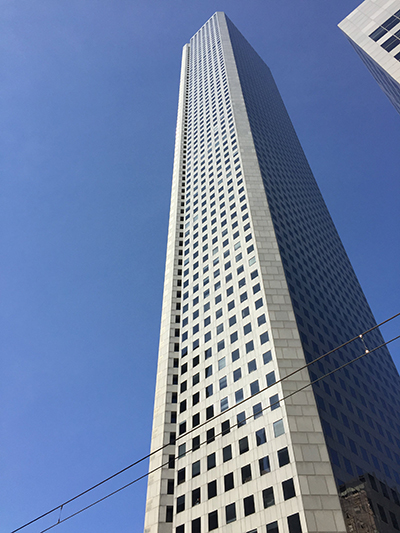 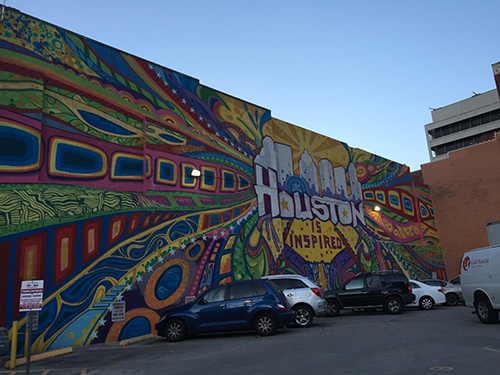 One of my resolutions for this semester is to spend more time outside, preferably outside of urban areas–I would never call myself outdoorsy, but I do appreciate fresh air and pretty foliage as much as the next person. So on October 17, I hiked the Blue Hills Reservation with the Undergraduate Math Association.

The terrain was unchallenging and the trail gorgeous; it’s the time of year when the leaves are changing color. Many living groups go on retreats during these few weeks. I normally never hike, except on vacation, so this was a nice change of pace. The lunchtime discussion had something to do with defining the bounds on the set of objects that can be considered sandwiches (Calzones? Pizzas folded in half? You decide)–math majors are a funny crowd. 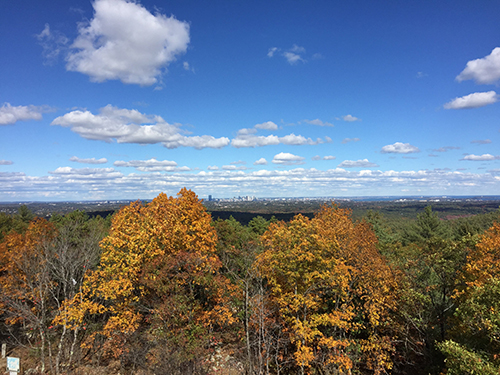 The view from the observation tower. The distant mass of buildings is Boston.

That night, my friend Caroline M. ’18 and I went to see Glass Animals live at the House of Blues in Boston. We had already seen them live a year ago at the much smaller Paradise Rock Club, but they put on such an incredible show that we had to see them again; they certainly did not disappoint this time around! We danced awkwardly from the mezzanine and shouted lyrics to an entire album. It was the last night of the tour. The energy was palpable. 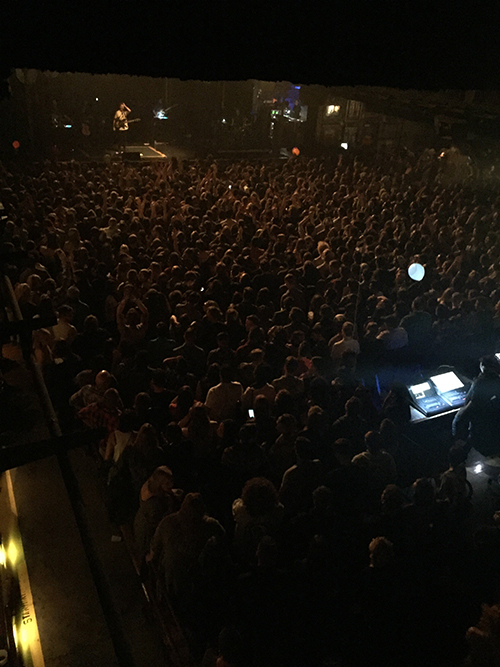 The crowd at Glass Animals. Floor tickets were sold out, but I wish we had been down there!

This was MIT’s Family Weekend; my parents drove up from Philadelphia to visit my brother and me.

This was our first time doing Family Weekend. I wasn’t sure what to expect, but I did ask my parents to bring me a few things: socks, pencils, and a laptop charger. So they brought socks, pencils, a laptop charger…oh, and enough persimmmons to fill half my minifridge, because I love persimmons, and my parents are crazy (in the best way, of course ☺).

If spent at MIT, the weekend features lots of panels by different departments, activities for families, and performances by various student groups. My family opted to stay mostly off campus because we have a lot of relatives living in Boston. I ended up spending the bulk of October 25th playing Trivial Pursuit at my aunt’s house and eating seafood with my family–basically an ideal Saturday.

This is what world-class beatboxers look like on a Friday afternoon in October: 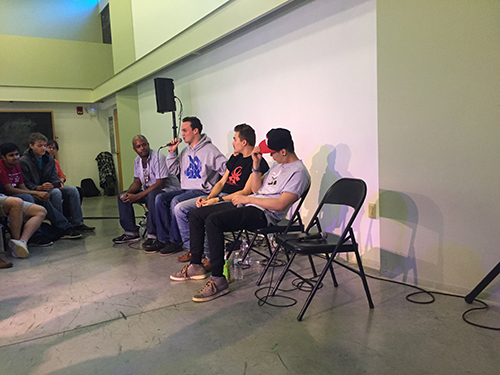 It was a fairly small gathering; there were maybe 30 people in the audience. The event began with a Q&A session; then, when the workshop began, we stood up to do an icebreaker: Say your name. Make one sound you heard this morning. And then everyone repeated your name and made the sound back at you. Sure, it was awkward, but it did undeniably help break the ice and prepare for an hour of sounding silly in front of one another.

The moral of the story is to have an extremely cool friend at Harvard who drags you to obscure events. The other moral of the story is that life is so much richer when you’re able to have fun embarrassing yourself–a year ago I would have been so self-conscious about the whole thing that I wouldn’t have enjoyed it. College has helped me grow a lot in this regard.

All in all: life has kept me on my toes! There is always a lot to do, both on and off campus–Boston is a very vibrant city. (I mean, so is Houston, but you don’t need to fly there to have fun on the weekends!)