An intro to athletics at MIT

Friday night I went down the river to the annual MIT- Harvard men’s basketball game. Harvard is an NCAA Division I program and we are DIII, so it’s rare that we directly compete with them. As a result, it’s quite the event: 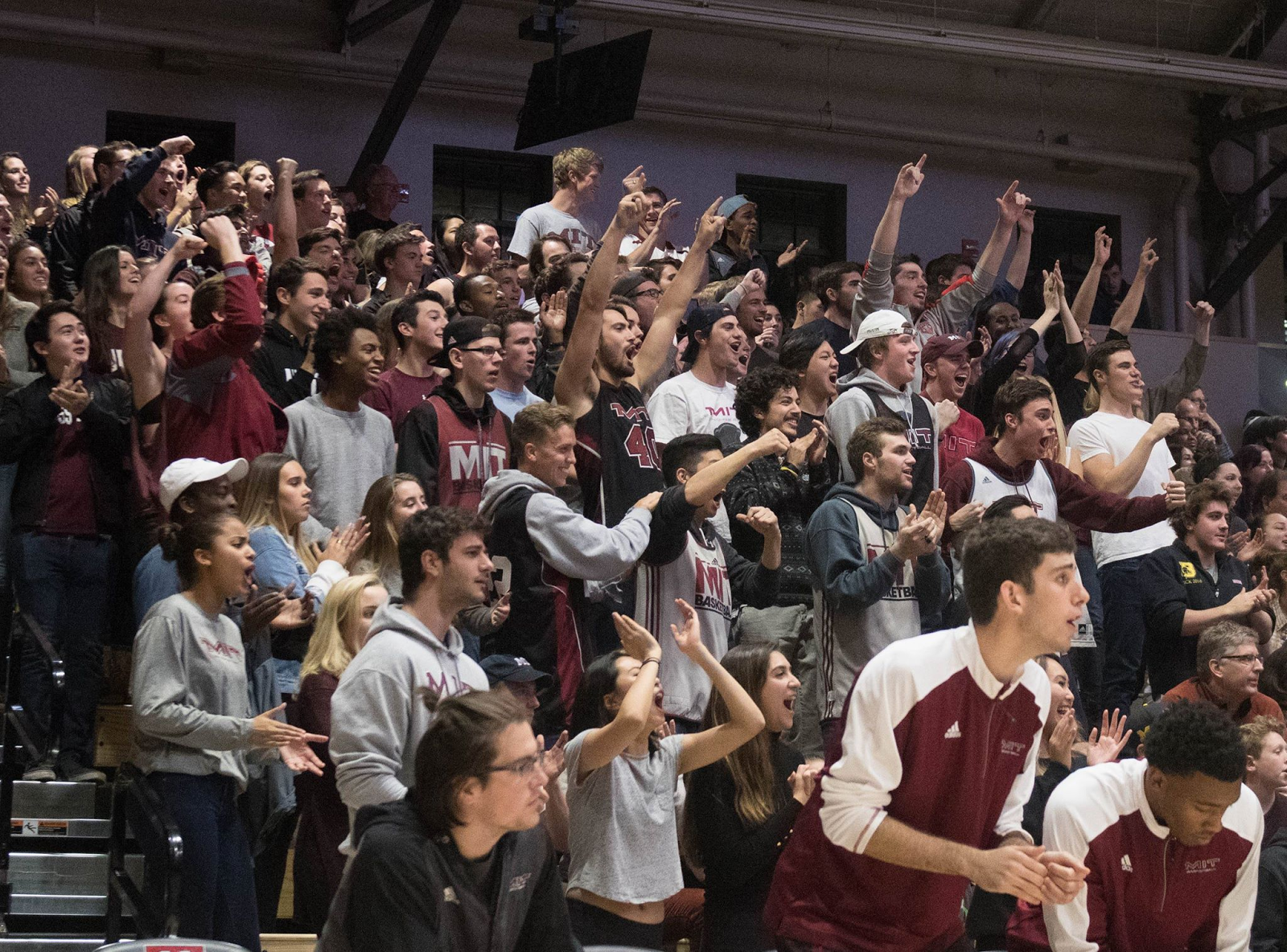 Shot of the MIT crowd, courtesy of Maude Gull ‘19 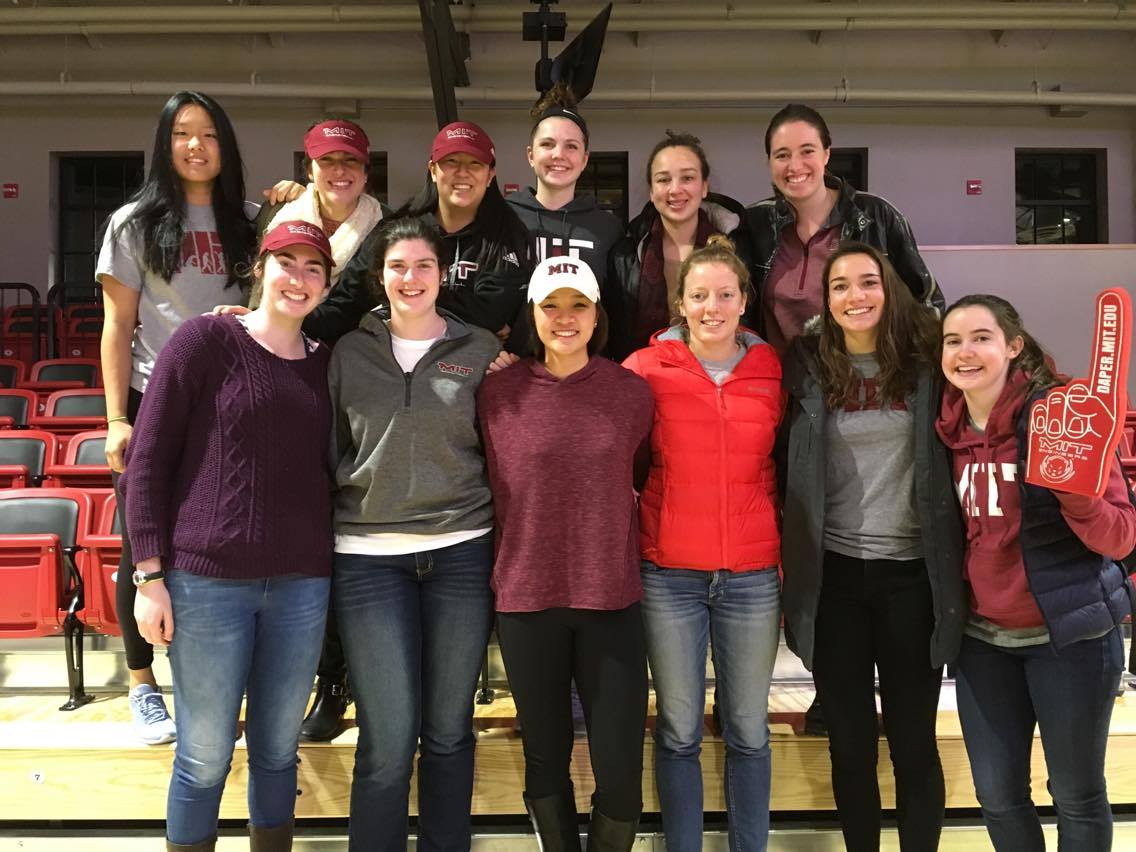 If “athletics” isn’t the first word that comes to mind when think of MIT… I don’t blame you.
In some ways, it’s exactly what you would expect: MIT has produced more Academic All- Americans than any other DIII university. We call ourselves the Engineers. Our fight song references U- substitution. Really, everything I’m trying to say is pretty well-summarized around the first minute of this video:

To be honest, from the outside looking in, it may appear strange that MIT even entertains that idea of having an athletics program. It seems like students should be more focused on activities like winning Nobel prizes and doing math or whatever. 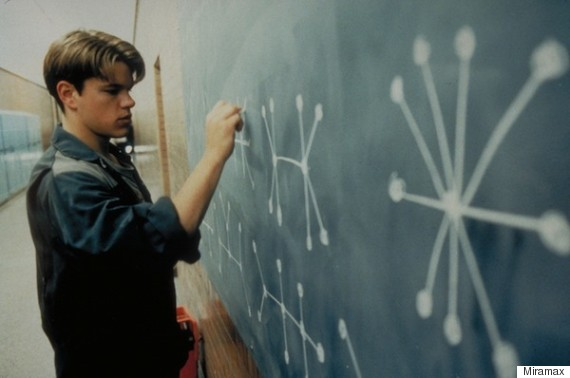 Doing math or whatever

And I won’t regale you with tales of the workload or the sleepless nights, but let’s just say that time is a valuable resource here.

That’s why it’s a bit surprising to hear that 20 percent of the undergraduate population at MIT plays a varsity sport. We have one of the largest collegiate athletics programs in the world. Just this weekend alone, five teams are competing in their respective NCAA tournaments- congrats to men’s and women’s cross-country, and women’s soccer, field hockey, and volleyball!!!

So what’s it like, being a student-athlete in a place where the “student” part is so heavily emphasized?

There’s a lot of ways to answer that, but I think the most important thing I can say is, in my 3 years on campus, I have never had to sacrifice academics for athletics, and very rarely the opposite, either. A big factor is that MIT has this amazing policy where no classes, recitations, etc. are allowed to be scheduled from 5-7 PM. That way all teams can hold practice at the same time everyday, without worrying about academic and sports schedules conflicting. Every now and then you can still get hit with the dreaded “Class Sandwich”, with academic commitments ending at 5 and starting at 7. Still, I can’t complain. I know how lucky we are to have this window at all.

This is the only exception that MIT makes for athletics. Despite what may happen at other schools, MIT does not admit students just because they have a sweet jump shot, and they also don’t give athletic scholarships.

So what motivates the athletes here? That is something you can’t measure in wins or awards or NCAA appearances. Clearly we aren’t in this for the fame- have you ever flipped on ESPN and seen Tim the Beaver on a jersey? 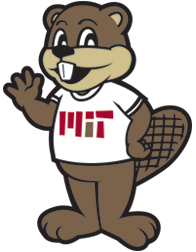 The only explanation that makes sense is that the student-athletes really, truly love what they do, and who they do it with. I know the feeling of having a longgggg day of class, and preparing for a longgggg night of studying, and then being able to drop all of that and head to practice for a few hours to play the sport I love. There’s nothing better.

On top of the game itself, at some point your teammates cross a line and become family. Having moved 3,000 miles to an unfamiliar city, I can’t tell you how much this means to me. Immediately having a group of friends with shared interests, classes, and work ethics is invaluable.

So maybe next time you think of MIT, the first word that comes to mind… still isn’t “athletics”. That’s fine. Just know that every day here at 5 pm, the labs and lecture halls empty, and the courts and fields and pools fill up with athletes, who for two glorious hours aren’t nerds anymore- they’re Engineers.