Be yourself or create yourself? by Jenny X. '13

The biggest question in freshman year.

So drastic and inevitable, the leap from high school to college seems like the perfect opportunity to change yourself and become the person you’ve always wanted to be – more outgoing, more aggressive, perhaps more generous. That hope was certainly true of me, and from chatting with friends, assuming a newer and better identity in college was a common aspiration.

The Great Gatsby, “the Great American Novel”, is a book most of us have to go through to graduate high school. It’s also a book that has left me with a great dilemma: be yourself or create yourself – just which one is it? I wager that half of the successful and famous people will tell you, “just be yourself”, and the other half (plus the countless pseudo-inspirational quotes on Tumblr) will tell you, “you don’t find yourself, you create yourself”. In the novel, James Gatz created and became Jay Gatsby – the wealthier, glitzier, suaver version of himself that he put forth to win over the love of his life. Forgive me if I spoil the ending, but “Jay Gatsby” does not succeed in that one goal.

For me, MIT was a golden opportunity to “create myself”, even literally. Since “Jenny” is not on any of my official documents, I could’ve came to MIT and introduced myself as Chloe (which I mention in my blogger intro). I’ve always thought Jenny was too common of a name and coming to MIT confirmed those suspicions; there are at least three other Asian Jenny’s in the class of 2013. Ultimately, I wasn’t brave enough to follow through.

But freshman year at MIT was also fertile ground for challenging other aspects of myself beyond my name – hobbies, likes/dislikes, means of socialization, etc. were all fair game. The diversity of people and options here made me confront the person I was in high school. Frat parties? I’ve never been! Super Smash Bros? I’ve never played! Midnight IHOP runs? I’ve never tried!

In the rush of finding friend groups and fitting in, freshman year can be overwhelming socially. Especially with Pass/No Record, it may very well seem like everyone’s hanging out all the time – for real or under the guise of pset parties – exchanging numbers extensively à la CPW. But in retrospect, the rush of freshman year is also a good time to explore who you really are.

For several weeks in fall of 2009, I wondered if I was anti-social – it seemed like everyone was hanging out more than me. (The plan was to become more outgoing, not less.) I actually did go to IHOP and a few frats, played Super Smash Bros and other games…but choices were definitely made in the process. It’s so easy to get FOMO – fear of missing out – nowadays because our devices constantly tell us what other people are doing. Not doing everything does not make you anti-social. The tricky part is putting yourself in position for rich, new experiences that could somehow shape your identity. But the exciting part is remembering that you have the power to choose where your time goes.

—
To return to the question of ““be yourself or create yourself” , I think the first step is to know yourself – so well that the “creating” part becomes natural and authentic. In the three years I’ve been at MIT, I haven’t become any less of an introvert, with enough introvert energy to spend a whole day in my room just reading magazines. But by recognizing that introversion is an irremovable part of me, I chose to maximize bonding activities especially helpful for me – simple things like sharing a meal. (Despite all that emphasis on networking, the guaranteed hard times at MIT mean that the depth of friendships will be just as important as the breadth.)

I have not really become “Chloe” in any way except that now, “Chloe” seems to be a marker of all the things that are important to me and representative of my experiences. This green basket pictured below carries the valuables I took with me to MIT as well as the valuables I acquired since starting college. This basket helps me remember where I came from and where I’ve been, which in my experience, really helps in deciding where to go next. 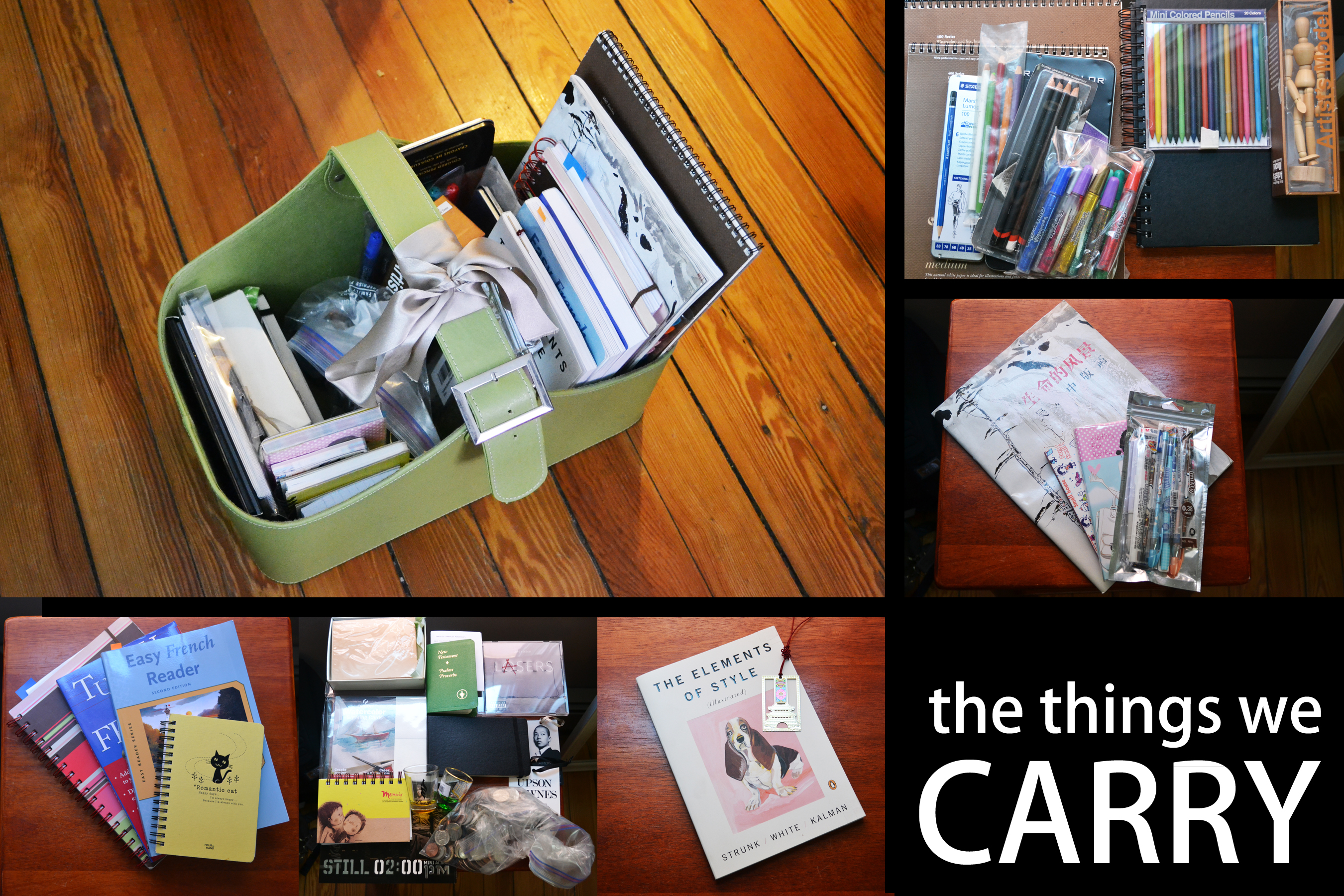 There are books and notebooks that I used in high school to learn French and Korean, the two languages I hope to master someday. I visited Korea last winter so France is definitely next on the list. There is a mini-Bible from before college, but I actually just became Christian last semester. I acquired a copy of Strunk & White’s “The Elements of Style” after my decision to change from architecture to media/journalism.

But of course, you can’t possibly always know what’s good for you. MIT is also breeding ground for those out-of-comfort-zone moments that can uncover new things you love and value. Practically speaking, this probably means all sorts of study abroad experiences, out-of-the-blue work opportunities, accompanying a friend when he or she wants to go somewhere on a whim, etc.

Or on some funky days, it might actually mean becoming Chloe, even if it’s just at Starbucks.

(And Genevieve; my dear friend Kathryn accompanied me.) 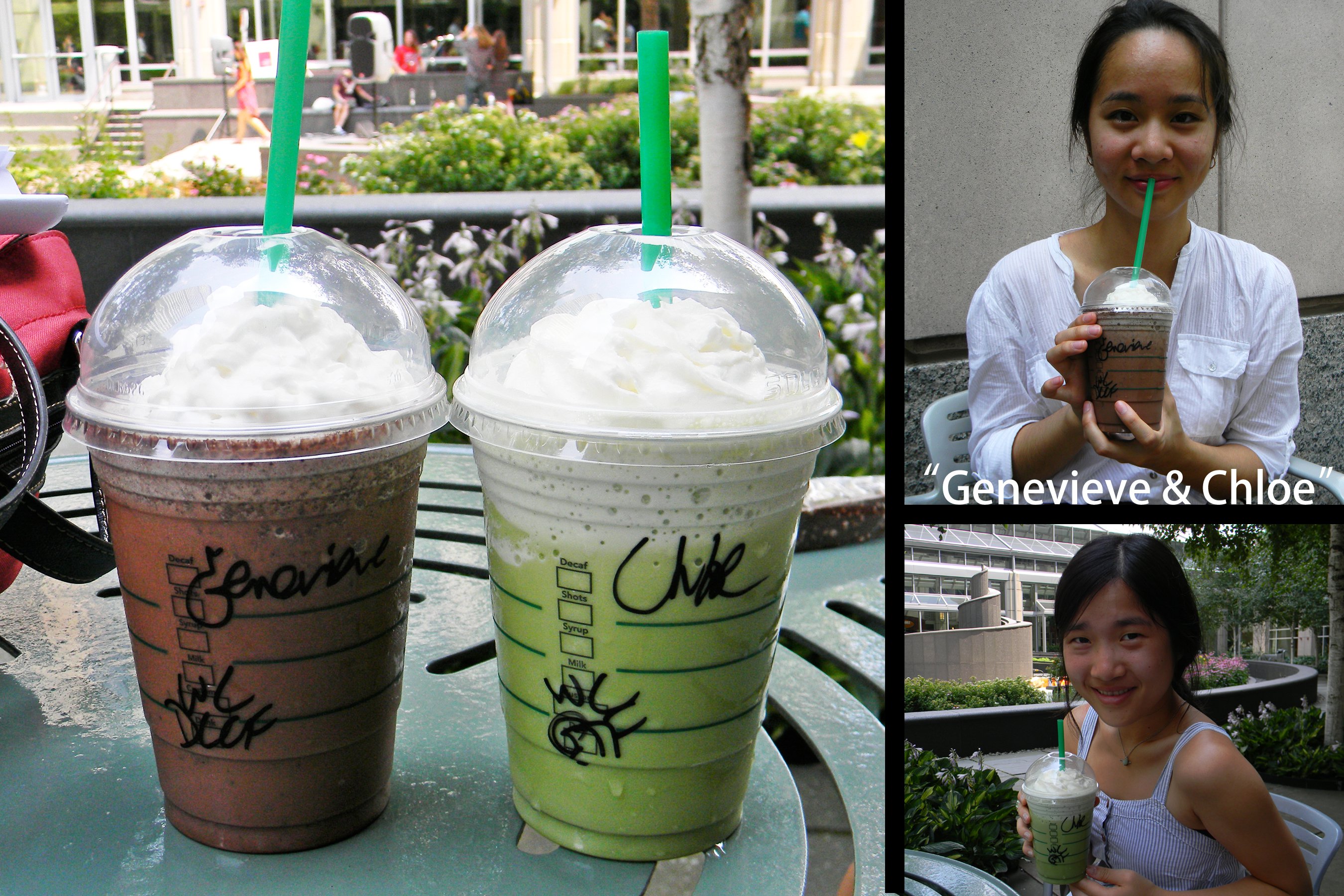