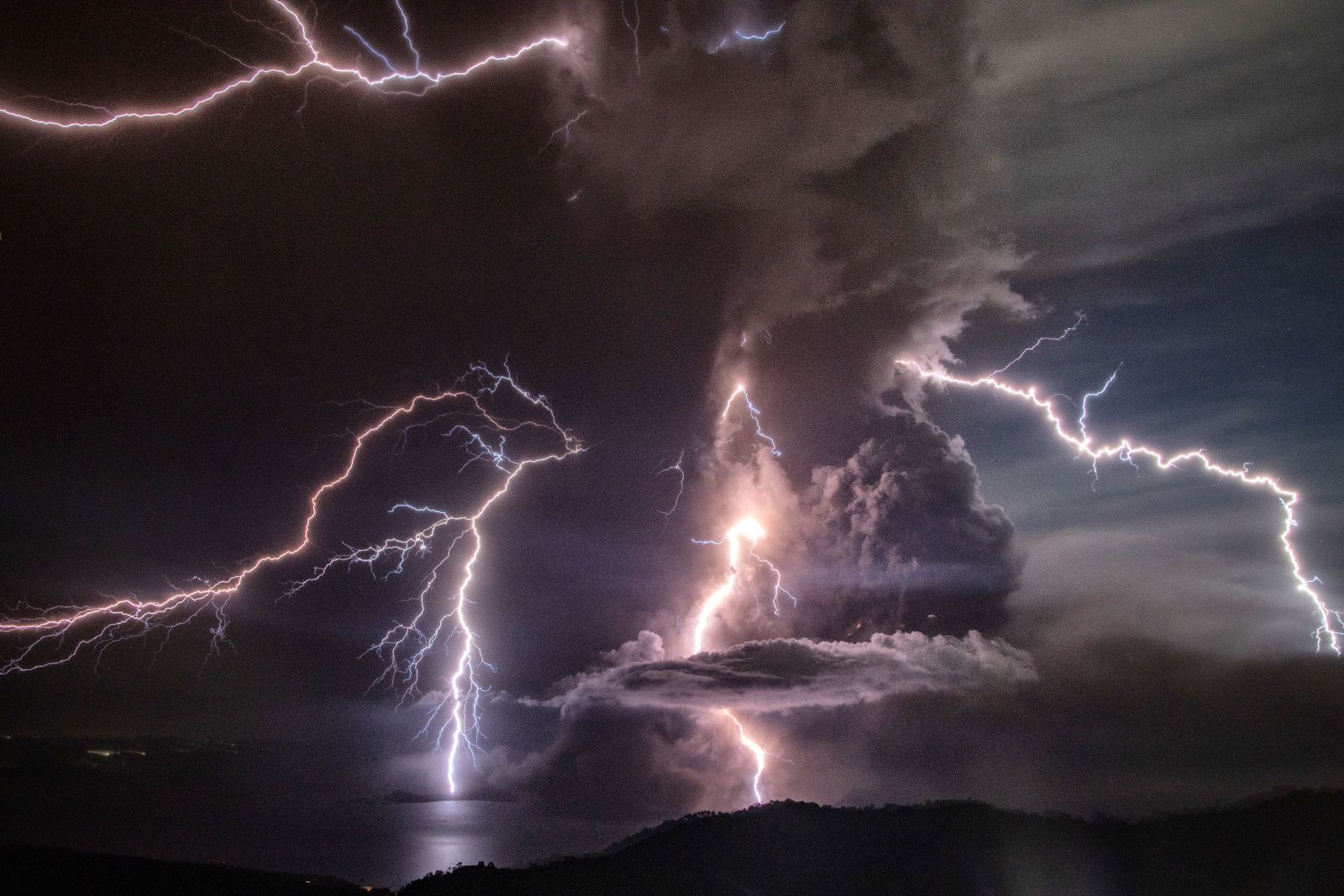 volcanic eruptions bring to mind the old tales passed down from our elders. i’m from metro manila, you see, and in high school earth science lessons we would talk about volcanoes, and my teachers have been old enough to remember the 1991 pinatubo eruption, and they would tell us stories. no one lived near enough to have been through the worst, but it was near enough that they felt the effects.

i remember the the one thing all the stories had in common was the mention of ash. there was a lot of ash, which the wind blew in every direction, eventually reaching manila. you couldn’t drive very far without ash sticking to the windshield of your car. there was so much ash, that it looked like snow, piling itself on the ground, white specks, burying everything in dust.

a phreatic eruption, we would learn, an explosion of water, and rock, and steam, and dust, and ash. the recent taal eruption was also phreatic. the pictures all have the column of ash and dust over the crater, and many have the volcanic lightning. and all over social people are sharing pictures of windshields covered by specks of dust, infographics with safety reminders, highlights of recent natural disasters, and pictures of the eruption.

the image that is brought to mind is that of an exhaust pipe, sputtering and spewing smoke into the air, an engine breathing out the exhaust gases that it doesn’t want to remain inside.

around the past week or so people have come back for iap. that’s independent activities period, which is exactly what it sounds like: there aren’t regular classes, but there are lots of activities happening. the hallways feel like they’ve expanded a little, now that they are awash with students bustling to and fro. floorpi feels like it’s a little bit bigger, it feels normal again, that i am waking up and seeing people hanging out in the lounge playing overcooked or something. that slowly the campus feels as if it is being brought back to life, as if it is having the oxygen rushing into its lungs, and in the same way that lungs expand when they take in oxygen, mit feels bigger now.

i feel bigger now. i feel like i don’t exist solely in my room any more. i’m in two classes, which means i’m out of my room on mondays wednesdays fridays 11 to 3:30 and tuesdays thursdays 11 to 3. there’s a waltz class on monday evenings at 7:30. tech squares is happening on tuesday nights at 8. there are esp worksessions on wednesday nights. a friend visited me on thursday night, and we ate dinner together. i ran an event on friday night. i’ve been juggling writing problems for our national olympiad and hanging out with friends and learning and reading. my calendar jumped from empty to full, and i feel full, i feel full—

i feel the life has come back into me. the life has come back in. i feel as if a bolt of lightning had struck me and i feel alive again. all throughout the week i feel like i have been running on energy i have built up from inactivity, every hour, every minute of the day, occupied with something to do. it feels froshy, sure, that’s the right word to describe it. i am excited about everything. i feel as if it’s orientation week again. it feels good.

yesterday, saturday, i spent the whole day out. there was a puzzle club event around noon, where we solved puzzles in preparation for next week’s mystery hunt. i am incredibly excited for mystery hunt, i can’t wait for it to happen, a lot of people are coming and a lot of puzzles will happen. mystery hunt is how i first heard of mit, back when i was thirteen or fourteen, and i wasn’t even thinking about how i would go to college in a place like this, and now i’m here, for my first onsite puzzlehunt, and it’ll be great, it’ll be great, it’ll be great.

and then i went to et, one of mit’s independent living groups, and did some square dancing. the way square dancing works is that there’s a caller who gives instructions for everyone to do. at the plus level, which is the level that mit’s square dance club dances, there are a little more than a hundred different calls, each with its own instructions. we did a game where we gave someone with no square dancing experience a list of some of these calls, without any other instructions, and told him to call for us. he had a great time figuring out what the instructions were and watching us dance, and we had a great time interpreting weird and unusual calls.

from et, i took the green line to dumpling palace, where i ate dinner with two friends. and then we walked to bso to watch a concert. before that night, i didn’t know any of the pieces that were played; it just struck me that i had a bso college card but haven’t used it yet, so i asked friends if they wanted to come with me. 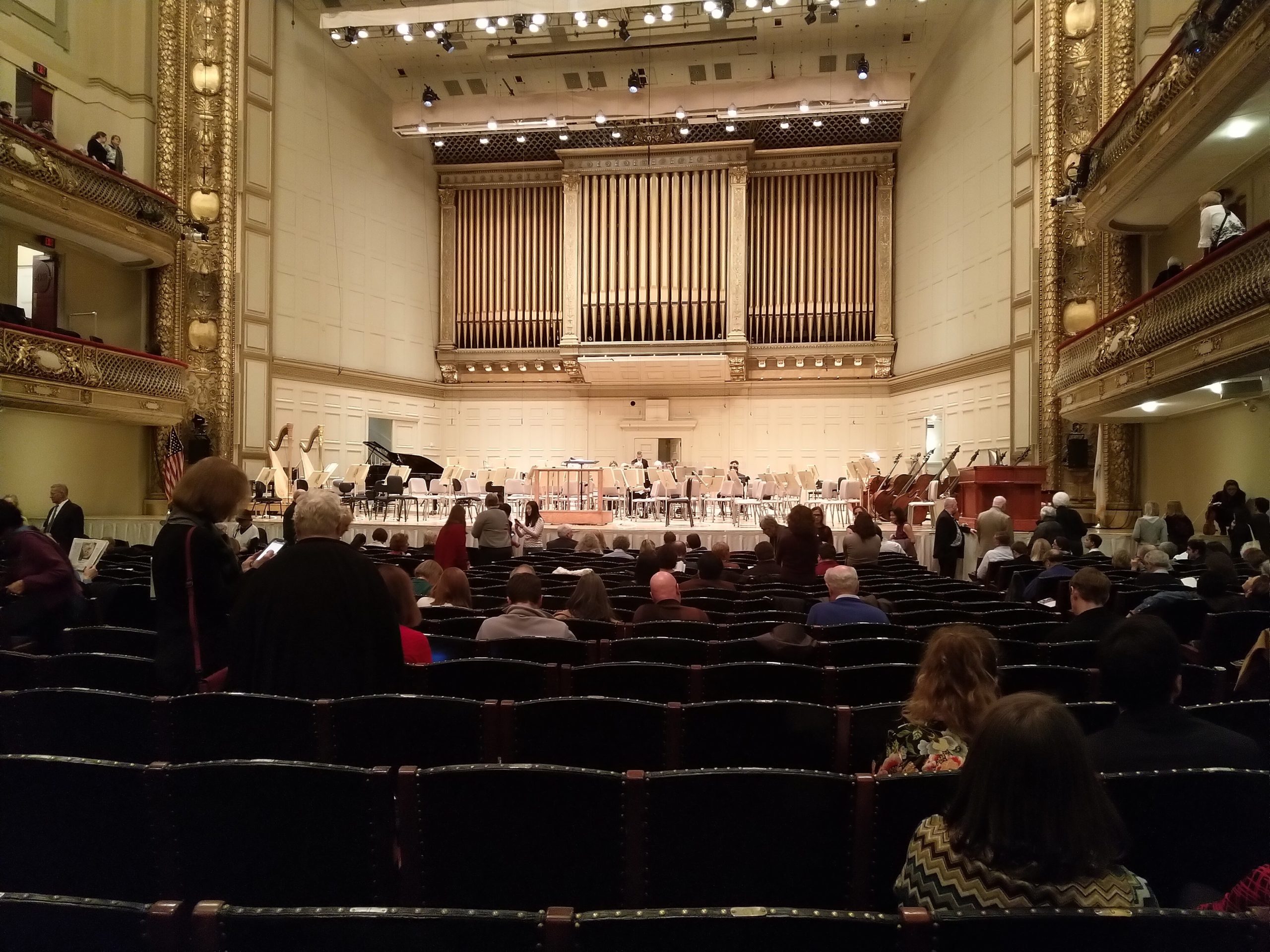 there were so many people, there were thousands of people, and i wasn’t even expecting that many; we even saw a friend, another person from mit, who was there, which was a nice surprise. i’m not a classical music geek like my friends are; i don’t even play any instruments other than the guitar, but i appreciated saint-saëns’s organ symphony nonetheless, and we walked home together that night, and the weather was so nice, that it felt like the beginning of fall again,

and i got home, at half past ten in the evening, and as soon as i got in my room my web.lab team asked if we could meet to discuss our pitch. and web.lab is one of the two classes i’m taking this iap, where we form teams and we’re taught to build a website, and that night we made slides for pitching our idea to the web.lab staff the next day, and then, and then, it was midnight,

and i was walking home, and i worked on homework for the other class i’m taking, and i sent emails, and i wrote this blog post,

this morning i woke up and i didn’t want to get out of bed. 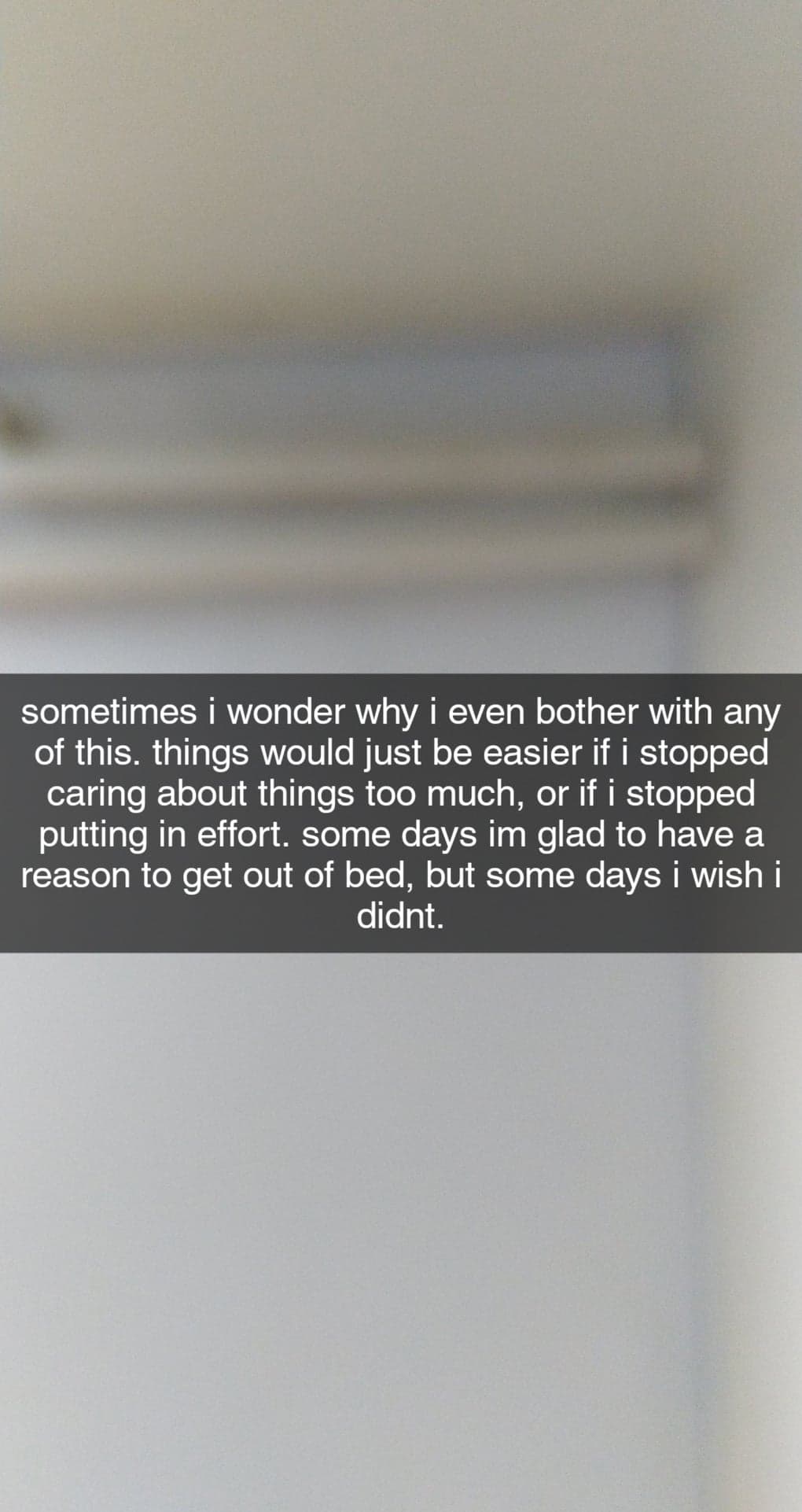 the day will come, i remember an upperclassman telling me, when you’ll be jaded too. i told him that i’m already jaded, in the sense that i’m clueless about what i want to do with my life. i feel as if i’m wandering directionless. that nothing i really do will have an impact on the world, that i’ll never find a job that i’ll be happy with, that i’ll forever be stuck looking for meaning in my life without coming up with any.

so it’s not jaded—i don’t think that’s how i’ll describe myself right now. it’s not hosed, because that feels like a different thing, the state of being when you have a lot to do. and yes, i’m hosed in that respect, but i’m not sure that’s how i feel. it’s not burnt out. i don’t feel burnt out. i feel like i still have the energy to do things tomorrow. but, today i only have enough energy for easier things.

the image that is brought to mind is that of breathing out. of emptying my lungs. there’s this association i make with breathing out that’s linked to relaxing. relaxing my shoulders, my arms, my torso. my body aches for more activity, after so, so long without any of it, but i’m not sure if i want to take on more. i’m not sure if i can take on more.

i can have fun again tomorrow.