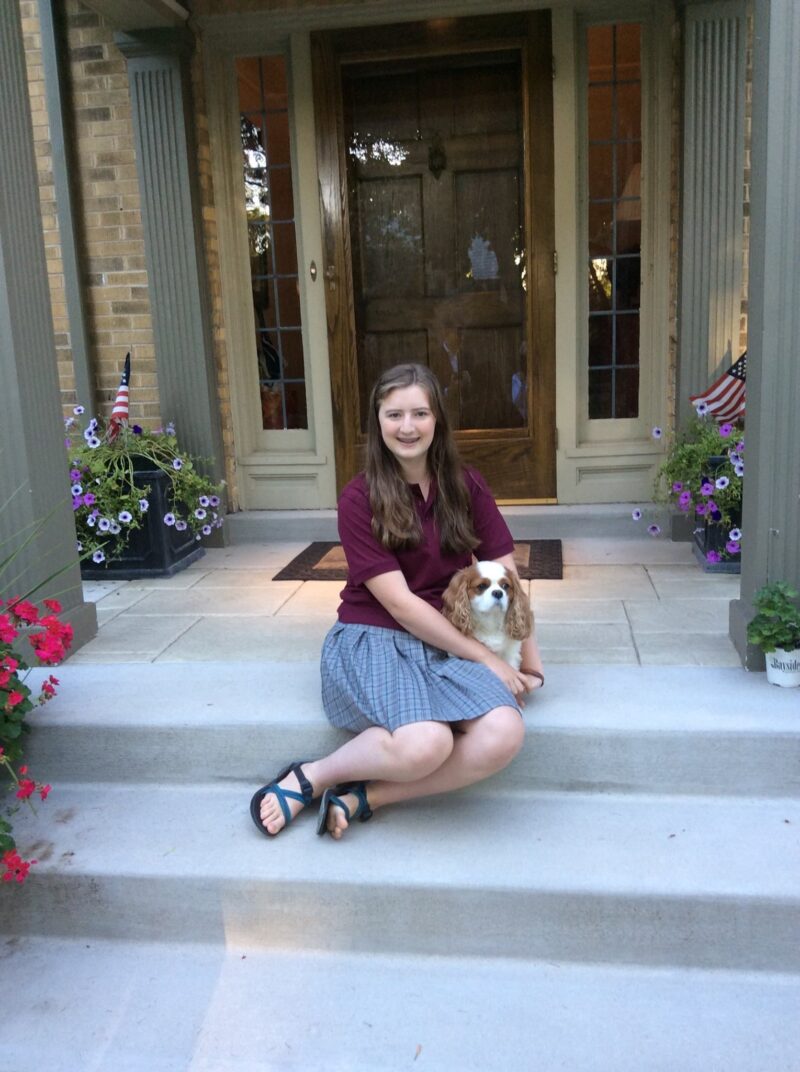 Me on my actual first day of high school! T-minus two months to the beginning of my ~emo phase~…

“I am not cool” said a teenage girl

With her nails painted black and the whole of the world

Turning in on her with this sort of cock-eyed, confused look.

She didn’t take a lot of pictures. 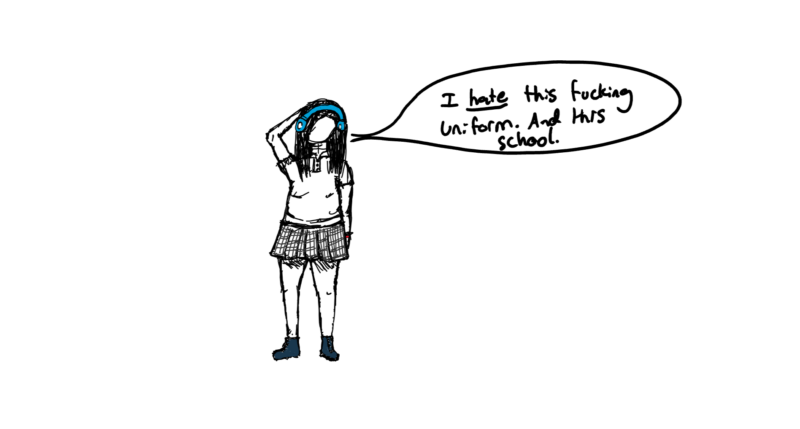 …the skirt got shorter, the angst got angstier, and those headphones got stitched to my head, blasting My Chemical Romance in-between every single class.

“I am not cool” On my 16th birthday. “Because I am Things that people don’t like.”

To the things that other people say to me when they probably meant nothing by it.

And maybe those phantom insults are right and I am

Nothing, just speckled with little bits of something,

And not the other way around”

“But I finished a journal, and I draw pretty well,

and my grades are good, and last week I fell

In love for the first time.” 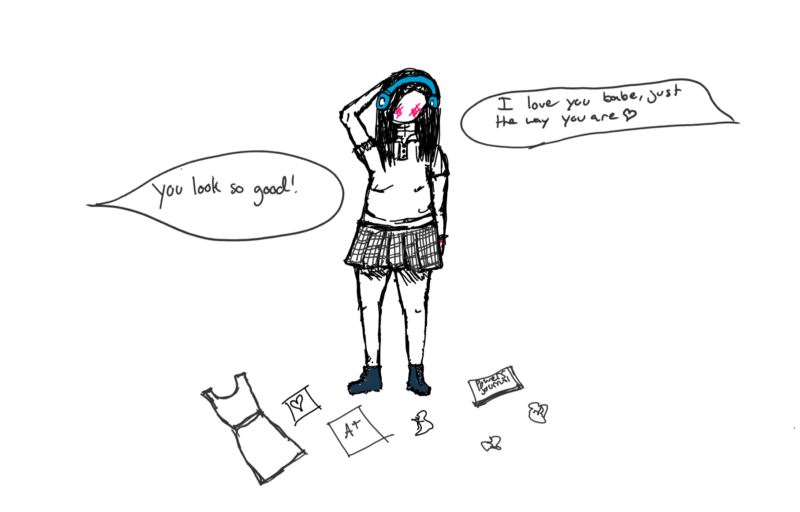 “I am not cool. Not enough for MIT.

Everyone’s saying ‘all the things you could be if you go to MIT!’”

So kind if I let it see me,

From the top of that tree that everyone else can climb

Let alone the hose of excellence.

I don’t know enough things, but I’ll go to MIT.

I worked hard and I did stuff on my robotics team.

No, I don’t know things, but maybe I’m smart.

And just last month everyone started

To think there’s something to me. I got invited to a party… 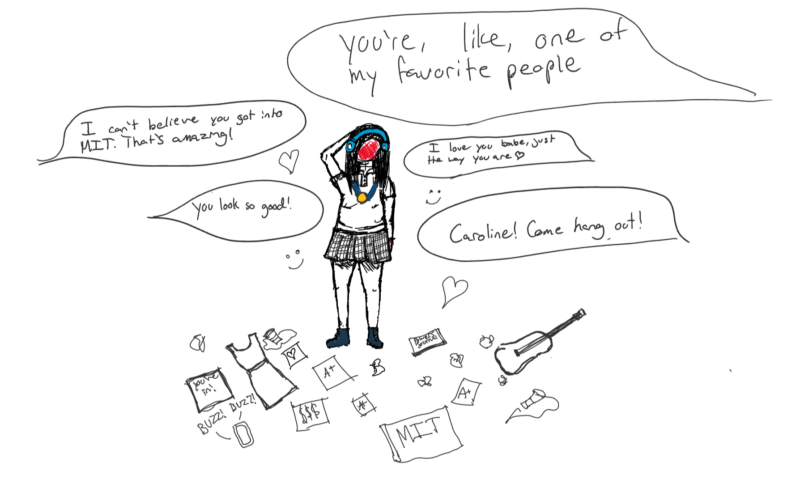 And then I arrived. And I had the best year of my life and COVID happened and I tasted the universe and did the impossible and fell in and out of love in a million different ways an forced myself to have a go of all it and blah blah blah

But look at it:

I got into MIT, I swam in seas of blankets

With the kinds of people I could only imagine.

Tried a whole lot of things that I should’ve cared

Enough to look into before sending myself on some

Skyrocketing, dangerous adventures where I got hurt and now I have all kinds of scars and stories to show, a few particularly gruesome.

I went to parties. I asked girls to dance.

Someone said I was hot, and I had to ask:

When I look in the mirror it’s just

But now being emo is cool, and I can rule this particular school

By being a total nerd who has fun AND tools.

I dropped two classes, did the best that I can

I moved up to Maine until I couldn’t stand it

Anymore; And I earned all my passes,

hacked into my brain to try and attack

All the Trojan beliefs that have haunted me for years.

And no one I know is surprised to hear

That I have an internship.

And I let my thoughts stew

And I show off this slew

Of the jobs and

My foot on the pedal

Of my car, driving so fast and so far

That it’s even bizarre to me how far I’ve come,

From being fifteen with some nameless dream

Of shutting the door behind me.

“But I’m still not enough, so what’s all this shit for?” 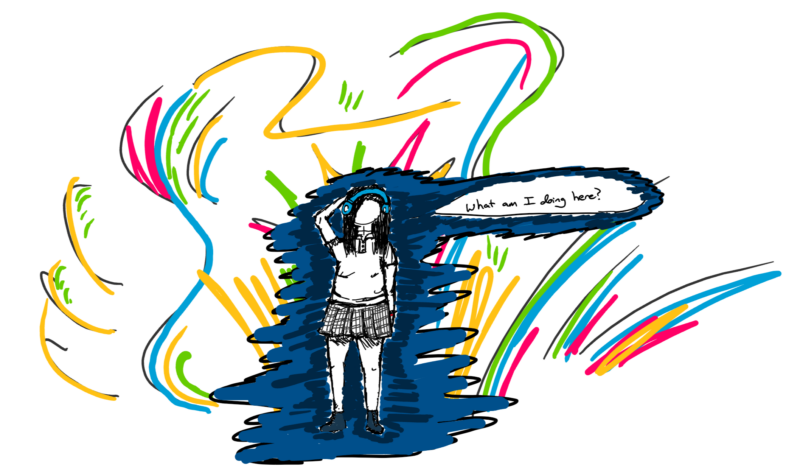 “Does it make you happy?”

She’s cool, and she knows it. It’s a simple thing for her. I hate letting her see this tumble-mess in my brain.

She must think I’m crazy.

“I’ll get a UROP to have something to do.”