A reflection on sitting still for a semester

Note: So, you may or may not have noticed that my name is ~different~ next to my little blogger face up there. For the record, I am still Caroline P., but all my friends at MIT call me Powers (which is my last name), and it felt weird to write on a blog about my MIT experience under a name that no one at MIT uses for me, so I changed it.

Throughout high school and up until about this last August, I ran. The reasons why I ran changed over the years; at first, it was for health and fitness goals. Then it was because I had a crush on this girl and running was ‘my time’ to feel all of my feelings until my body hurt too much to feel anything else. Then it was to quell anxiety when my high school robotics team became an incredibly toxic environment. But towards the end, just before I stopped, I was motivated by the purest distillation of every other reason combined: I ran to prove to myself that I could. That I was strong enough. That pain meant something, because I was getting stronger, using energy, running better and further every day. If I could withstand my absolutely punishing workout routine, if I could persist while every muscle screamed and my asthmatic lungs wheezed for air, someday I would reach that place, the place where it was finally enough, and I would be at peace knowing that I could outrun anything. I would be untouchable.

I had a lot of friends raise eyebrows at me when I told them that I ran as “a meditation on the utility of pain”. First of all, past Powers was a pretentious little shit. Like, I get what she’s saying, but what? What does that even mean?!? I’m not even sure I even knew what it meant, but when I said it I felt like it captured the essence of what motivated me, what I said above, what I couldn’t put into words at the time. That’s always what I thought they were raising their eyebrows at, or where every hesitant “Okay…” came from. I couldn’t articulate well enough my perfectly-sane reasons for running every day, sometimes twice a day. And going to interval training three times a week. And going for three hour walks at midnight in the middle of the city of Boston because I didn’t feel like I moved enough that day.

I haven’t ran since August, the longest stretch I’ve gone without running since my sophomore year of high school. It happened slowly. I started running once a day, then a few times a week, then, clinging on some perverse kind of control, I began walking in earnest, sometimes seven or ten miles a day. But even the walking went from seven miles to five, then to my favorite coffee shop three miles away, then the closer coffee shop, then only on occasion. The reasons anyone stops doing something that mattered to them are always complicated, even if it mattered for the wrong reasons. I stopped because classes were starting, because I got used to being inside, because I had just started to realize that the place I was running to didn’t exist. By the time I was moving in my friends for the fall semester, the burning desire to run until I couldn’t breathe was gone, and I was left with myself.

So here I am, after four months of being basically sedentary, three months away from blogging, two month of catching up on classes after how much I fucked up in the first half of the semester, and one month of feeling… well, normal. And I gotta say, giving up the running was one of the best things I ever did for myself, because I actually realized I was right: pain does have utility, just not the type of pain we create for ourselves in some masochistic attempt at controlling our lives. It turns out that negative feelings can, like, tell us when things are wrong. Who would’ve guessed? If you keep up with my posts, you may have thought that I would, but perhaps the same life lesson can hit you in waves, each one bringing with it a more and more inconvenient realization. The whole “your emotional pain is healthy and useful” thing brought my own realization in this order.

Tier 1: Maybe, I don’t know, let yourself cry? Maybe even in front of other people? You’re not weak for crying.

Tier 2: Oh god, it’s Valentine’s day. Do you really miss your ex? Yeah, you do. You should let yourself be sad about the people you’ve lost.

Tier 3: Geez, you’re constantly anxious in this house with all of your friends in Maine. Maybe you should go home, even if you’ll feel like a failure for doing so… it could be good for you.

Tier 4: This exercise thing is really getting out of control. You do it way too much, but you also exhibit some really reckless behaviors, which makes me think it’s not about being “healthy” for you. I think you have an unhealthy obsession with it, and even though you’ve been doing this for years, you should stop.

Tier 5: Cut off all of your hair, change your major, re-evaluate the relationships in your life that make you feel crappy and either fix them or toss them. Stop valuing yourself on other people’s approval and just do what makes you happy, because it doesn’t seem like the whole people-pleasing thing is working out. Maybe transfer out of MIT?

It’s so inconvenient, right? The more you internalize something, the more it fucks with your life so you can be fUlLy SeLf AcTuAlIzEd or something. Like, booooooooooo. How DARE self-growth make me question the life path I’m following?!? LamEEEEE!

But in all seriousness, this semester has been one of the most transformative -and painful- periods of my entire life. The running, both literally and metaphorically (and it’s DEF not an overused metaphor :D), was an unhealthy way of avoiding a lot of issues just underneath the surface. The irony is that what I thought was the “useful” pain -crazy workouts- was useless, and confronting the real pain I was trying to escape from was the only way of feeling truly whole. I spent so much time this semester completely beside myself, feeling like the world was ending, and telling myself it was for no good reason. But enduring that (with a licensed therapist) led me to where I am now, which, strangely enough, kind of feels like that place. Not a place where I can outrun everything, but where I can handle most things. Not a place where I’m untouchable, but a place where it’s okay to be deeply touched by the world and everything in it. It’s absolutely shocking to be, but I think I actually like being emotionally in-touch with myself.

If you read Tier 5 and got a little nervous, don’t worry: My hair looks great! 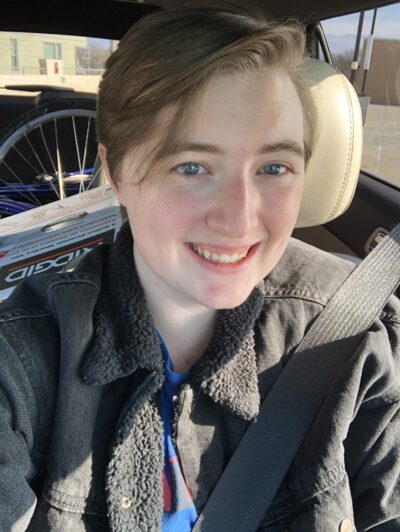 Me right after my haircut, being all happy :). The lady cutting my hair kept asking me if I was gonna freak out and cry, because apparently that’s happened to her before?!? 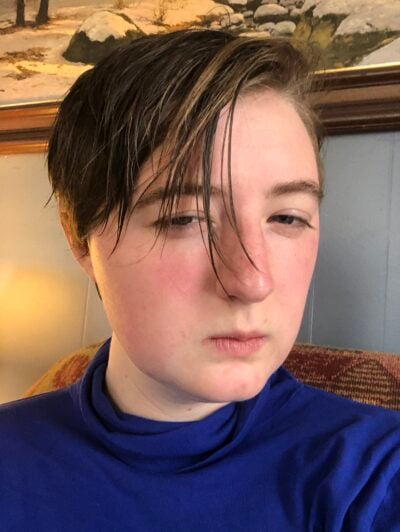 Me right now, trying to convince myself I can have the emo fringe 15-year-old me always wanted.

And also, there was that dirty word: transfer. That’s, uh, complicated. Maybe I’ll write a longer post on that sometime soon, but the short and long of it is that I don’t know if I can do what I want to do with my life here. It’s super upsetting because I love MIT and East Campus and all of the friends and communities I’ve found here. But with every decision in life comes a tradeoff: you get to go to MIT in exchange for, well, your soul? That’s how it feels to me sometimes, like I’m sacrificing my soul to the god of Soylent and blue-light glasses and “innovative” tech startups in order to be a course 6. I like my soul for maybe the first time ever, so I don’t know if I’m too keen on giving it up anymore. Maybe I could study computer science at another school and be happy because I could do all of my hobbies on the side, but you can’t do that here. Or at least I can’t do that here, and that’s okay. I’m going to try to mess with my major set-up a little, but I’m exploring my options right now. Part of me was hesitant to talk about that whole dilemma on the blogs, but then I realized that it’s, uh, kinda my job to spill all the dirty deets of my MIT life to y’all. So you get to come along on the journey!

I hope this post means I’m back to blogging. The signs are looking good: I have lots of ideas for blog posts, writing this during finals week has proven to me that I have the energy to write them, and in my last appointment my (really absolutely lovely) therapist told me that I, and I quote, “wasn’t a zombie”. That’s a green light if I’ve ever seen one! But I’m going to try to not hold myself to any super-concrete expectations right now. The only promise I’m making is to play LOTS of Breath of the Wild over IAP on my BRAND NEW NINTENDO SWITCH AHHHHHHHHHHH. But… this has been nice. I missed this. So I’m hopeful.

If you have time over your break (and if you have a break), I would challenge you to take a moment and think about what you “running” is. Not the unhealthy obsession part, but what are you dedicating your time and attention to so that you can avoid yourself? I don’t say this lightly: doing so changed my life :).