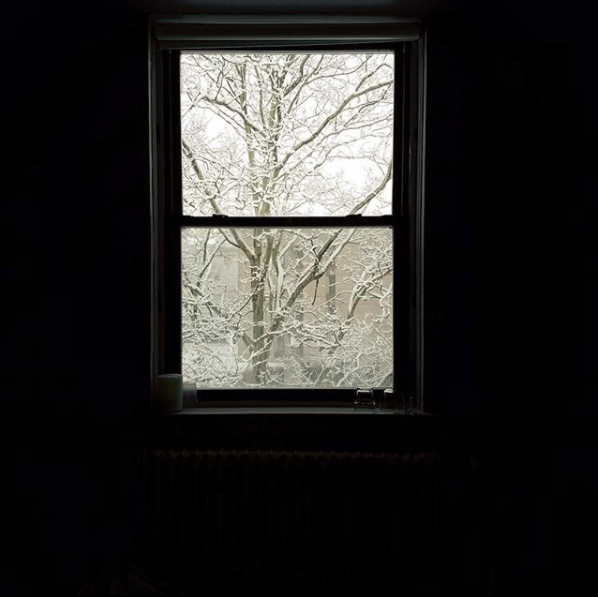 i took a semester off back in 2015, so i’m doing things a little out of order. instead of walking last spring, i finished my last semester of undergrad in the dead of winter. i’ll start work at mit lincoln laboratory next may, and then i’ll do the whole cap-and-gown thing with the 2018s in june.

as far as endings go, the last few weeks of my last semester at mit were more of a slow burn than a bang. i sang my last concert with the wellesley-mit toons. classes ended and finals week started and i scheduled dinners and lunches and walks with friends, taking advantage of suddenly-open afternoons. i would see people and wonder if it would be the last time i saw them, if not ever, then at least for a while. i watched lady bird (excellent and emotional) and swiss army man (also excellent, also emotional) and went to a house party. i took my last final exam (6.006, intro to algorithms). i packed up my things. a few days after christmas, i submitted my thesis from a local coffeeshop in my hometown called mission coffee. 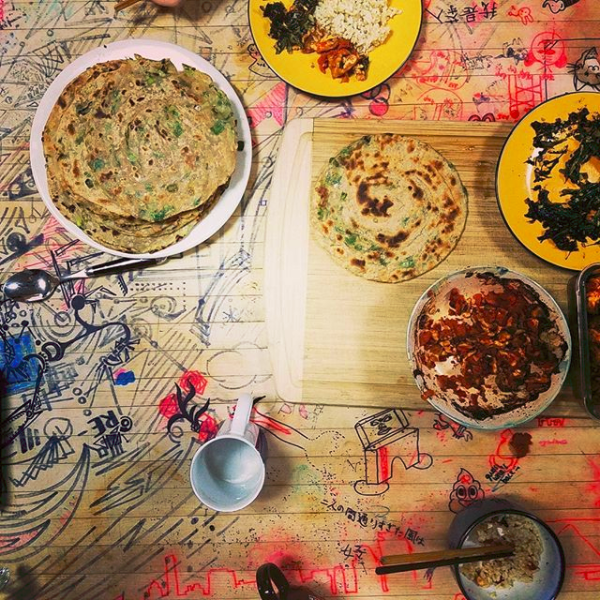 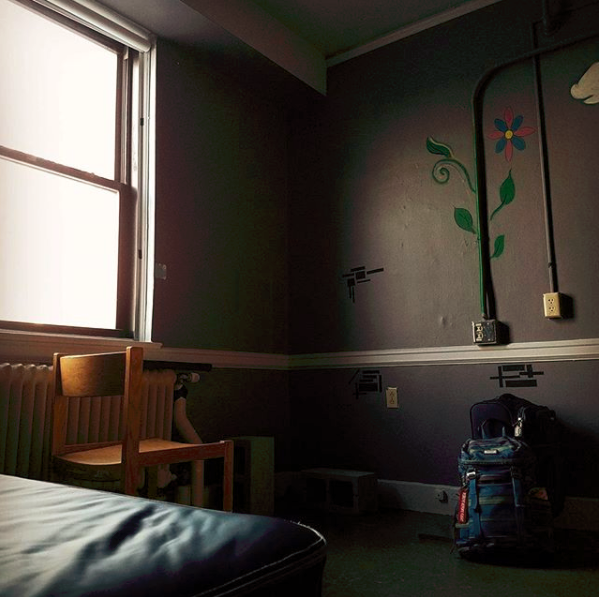 a few words on my thesis. content warning for the following paragraph, for mentions of suicide and mental health at mit.

my undergraduate thesis for comparative media studies, at just about 50 pages of double-spaced garamond, was the most difficult thing i’ve ever written in my life. it’s about suicide and mental health and community wellness at mit and represents my own coming-to-terms with the place suicide takes within our culture. think of it as an extended reflection on what it means to be creating a community of people that care for each other in an environment that also has a reputation for unreasonable stress. i guess it’s my contribution to the many student stories of mental health at mit. if you would like to read it, it’s called “the cultural life of suicide: observing care and death at mit” and the file is available here (eventually a more-official-looking version will be made available with the mit libraries through dspace but i think that takes a few weeks to happen). my hope is that it can serve as one more resource, a record of how things are right now, to those at mit who care about making it a better, more humane place.

i emailed my thesis to my advisor and … that was it, basically. i went to some doctor’s appointments. i got my wisdom teeth removed. i reflected on the fact that i was totally, officially, finally done with undergrad. i looked back at my notes and found this paragraph from december 10, after my very last time singing with the toons (a guest performance for the olin college powerchords):

there are things that happen when you graduate. you get gently removed from the club email list and the club slack channel and placed in the dignified-sounding “alums group.” sometimes this doesn’t happen immediately so you get some trailing emails delegating tasks or announcing meetings that no longer apply to you. you add your permanent email address to all the mailing lists you want to stay on because you know mit is going to take away your @mit.edu email address eventually. you return all your library books. you hug lots of people and feel regret about the ones that you know you missed.

and there are lots of thoughts. they come in a rush, all at once like they know you’re finally done and you have the bandwidth to pay attention to them now. a few days after i turned in my thesis i wrote this:

i guess it’s kind of like this austin kleon doodle, but after the last dot there’s a lot of insecurity and also the wide open feeling of having completed something bewildering and not knowing what your life means in the absence of the thing you’ve been working on for so long. 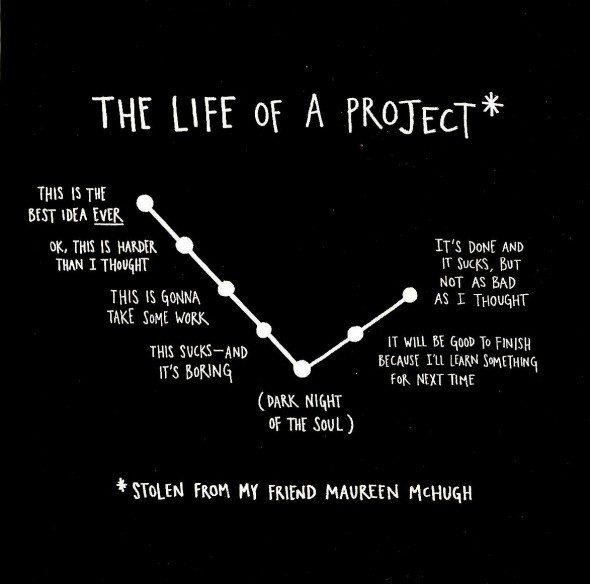 and that was true of my thesis and also true of mit in general, because suddenly while all my classmates are starting classes again and going to advisor meetings, i’m running errands in california, like going to the bank and getting my mom’s tires rotated, and somewhere in the back of my mind there is a small voice going “um, excuse me, but what just happened?” and the rest of my mind is going “shh shut up just go with it.”

but it turns out being done and being home also meant lots of other things, like hanging out at midnight in a 24-hour mcdonalds or taking the BART to san francisco to reconnect with some old friends you haven’t seen in a while and reading a new book along the way. and i read zoe todd’s note to the exhausted anthropology student and listened to the wailin’ jennys and darlingside and maggie rogers and felt a little better. and i cleaned up house, digging through all my old files and documents from the last five years and organizing them all into neat filetrees and subdirectories, cyberspace boxes packed nicely in cyber-storage.

and this also feels right, in a way, like there is a natural time for everything and when it passes, there’s no point dwelling on it any longer. i scanned the papers i wanted to save and threw out the rest and very soon everything was in boxes and my room was empty. and as i left mit there were the familiar sounds of the kendall square t stop, and the doors closing, and then the quiet air of moving forward.