Cake Concert, Wing Dinner, and Senior Ball by Melis A. '08

It’s been so long since I’ve last posted! Sorry! Things have been verrry busy. Here’s a recap:

Spring Weekend is an annual MIT tradition, complete with:
– a performance by a top-notch band (it alternates between R&B/Hip Hop and Alternative; last year Fabolous and Lloyd Banks performed.)
– an International Fair that sells yummy food from around the world
– a Habitat for Humanity event, this year they built walls
– a Spring Weekend bbq
– AXO Lip Sync
– an American Asian Association charity banquet called Grains of Rice

This year’s featured band was Cake! I loveee Cake and was super, super excited. In all my excitement, I brought my camera to the concert (which was held in our gym). It turns out that you’re not allowed to bring cameras inside… so I had to scramble to find someone who lived nearby to stash it so that I’d be able to get in. As a result, I don’t have any pictures to post. =( 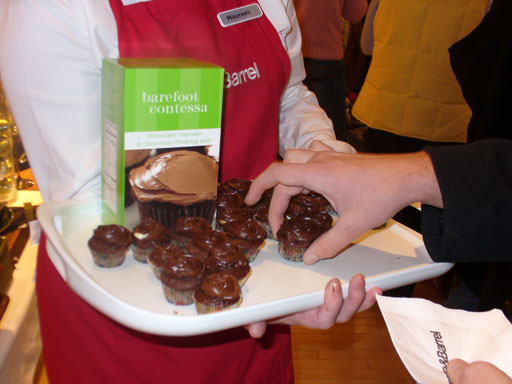 Anyway, the openings acts were Matt Pond PA and Josh Cole & The Household. I wasn’t a huge fan of either, but then CAKE came! We were able to get amazingly close and they were just sooo amazing. They sounded even better than on their CDs and they didn’t have a pre-set playlist so the audience just yelled out songs that they wanted to hear. Some of the songs that they played were: Stickshifts and Safetybelts, Sheep Go To Heaven, Mexico, The Guitar Man, Going the Distance, etc. (I wanted Opera Singer and Short Skirt, Long Jacket, but neither made it =( ) They ended up playing for about an hour and a half, including the encore. I was so impressed.

The night afterwards was AXO Lip Sync! Lip Sync is my sorority’s annual fund raising event and all proceeds went to the Cambridge YWCA, a shelter for abused women. It was wonderful to see all my sisters and friends perform; some seriously, others ridiculously (a la “Praise You.”) The event raised over $2,000, thanks to everyone who came!

MIT gives a lot of money to each living group to use as they wish. Hence, our wing had tons of cash and nothing to do with it! So, we treated ourselves to dinner and dessert in the North End, which is Boston’s Italian district. We went to a restaurant called Al Dente, which is the first Italian restaurant I have ever been to that doesn’t serve coffee or tea! WEIRD. Afterwards, we had dessert at a cafe next to Mike’s Pastries, which is probably the North End’s most famous dessert locale. Their selection is ridiculous, but so are the lines. Plus, the gelato we had a Cafe Victoria was delicious. Here’s a picture of 4 out of the 12 people who came (including my roommate who decided to make her own candles during dinner. We also learned how to make little animals out of napkins.) Notice the huge plates of food.

I assume all of you pre-frosh are eagerly looking forward to senior prom. Well, did you know that you’ll have a senior prom at MIT too? Except, here we call it Senior Ball. Last night, I went with one of my friends to this year’s Senior Ball, which was held in the Copley Marriott. The weather was absolutely gorgeous (as it is today) and one of the first things I noticed in the hotel was that there is a view of the MIT dome!

The ballroom was huge and the seating was arranged around a gigantic dance floor. Throughout the steak dinner and chocolate mousse cake dessert, there was a slideshow of pictures that people had submitted. Quite sentimental overall, but rather anticlimactic for a sophomore.

The most interesting thing was that only about half the seniors were actually leaving MIT! (Proof that people love it here, and only pretend that they hate the workload, etc.) Of the seniors I talked to, many are staying for a Masters, PhD, medical school, or just to hang out in the area (either working at a local company or becoming an RA). Granted, there are also people going into industry. There will be a huge group going to Manhattan to work in finance, and another chunk going to California.

2 more years and it will be MY senior ball… unbelievable.