The bridge of one of my favorite songs goes:

When people ask me “how’s MIT?” I answer something like “exhausting and overwhelming, but fun.” I don’t think that’s a good enough answer to give justice to what I feel about MIT. Instead, I prefer to think of MIT as malingap, buwis-buhay, parang slow-mo, makulay.

Frat rush⁠01 in which frats hold events to recruit frosh is happening as I write this, and one of frats hosted a boat cruise, where my friend took me along as his date. We were standing outside, staring into the surroundings. 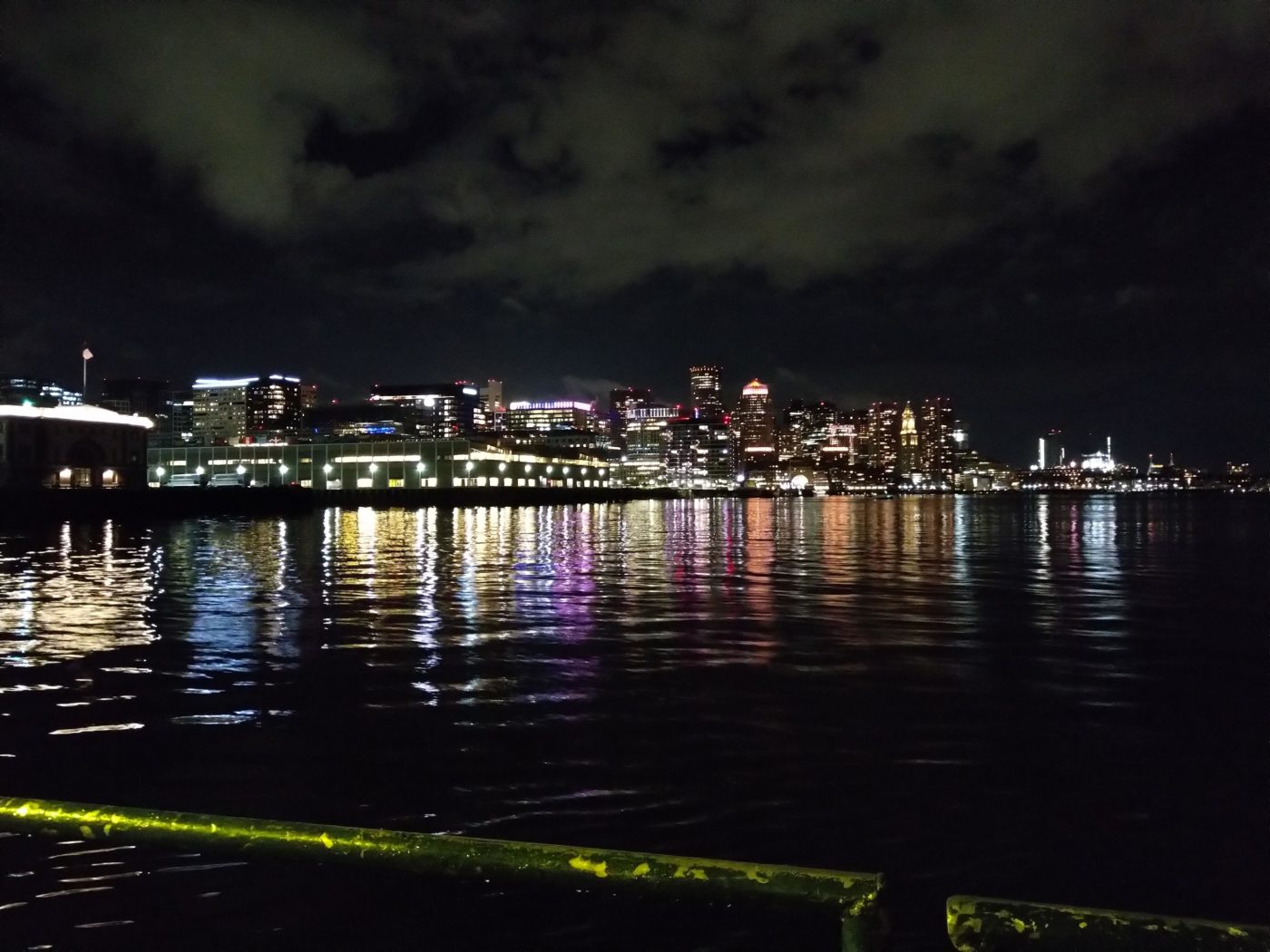 “It’s a different view than looking from a bridge or the top of a building. We’re surrounded by the city, but isolated from it,” he said.

I used to feel that way about my social life, sometimes. You know that feeling when you’re hanging out with people, but Facebook just happens to be a more interesting conversation partner than you are? Surrounded by people, yet isolated from them. I know that people aren’t trying to actively exclude me, but sometimes it feels like that anyway.

But MIT has been different.

Malingap is, when my first night at MIT, an upperclassman approached me and asked if I wanted some of a smoothie he was making. We hadn’t talked at all before that; all he knew was that I was a prefrosh temped on the same floor he was living in.

Malingap is the feeling I got while crossing the Harvard Bridge, with four other prefrosh I just met. We shared our worries about ASEs⁠02 Advanced Standing Exams, which you take to earn credit for an MIT subject without taking the class and classes we want to take and the swim test. We cracked jokes about Fahrenheit, talked about winter clothing, told stories about our high schools.

Malingap is feeling welcomed; because when MIT says “you are welcome here”, they mean every single word of it.

I know class hasn’t really started yet, but I already feel exhausted. There’s that exhaustion you get when you spend a whole day bouncing from class to class, cramming problem sets, meeting people, and doing activities, and then in the evening you don’t have enough energy to do anything anymore.

But this is different. This is waking up at eleven in the morning, and already feeling tired, even if I haven’t done anything yet. It’s a different kind of exhaustion, a long-term kind.

Ever since I’ve arrived, it feels as if each day has been stacked. I wake up and I go to an orientation event or take an ASE, I eat lunch, I go to another orientation event or go do a REX event, or I revise for an ASE, or I’m walking over to the other side of campus to meet with my friends, or I’m playing board games in the lounge, or I’m helping build a fort. I’ve experienced so many new and wonderful things, like square dancing or using power tools or shooting people with Nerf guns.

It’s great, yet the tiredness left over from each day is building itself up like clay on my shoulders. Maybe that’s why frosh energy is such an important thing. Because otherwise I wouldn’t be able to get through this mess of overcommitment.

Here’s another thing that’s new. For the first time in my life, I’ve needed to schedule time for myself. I’ve set time to just stay in my room with the doors closed, put on some good music, and read a book or write a blog post. And the fear of missing out is real: part of me just wishes I was outside hanging out with others right now.

Sure, I tell myself that I’m going to get four years’ worth of opportunities to do this. I tell myself, I can hang out with people tomorrow, or the next night, or next week. But that part of me just wants to squeeze out every single moment of my time here, for fear that it will be gone, that there won’t be another time of my life that’ll be like this, once college ends.

Parang slow-mo. Or, as if it’s slow-motion. In terms of taking things slowly, it’s hard to go slower than nature.

There are certain programs that happen before orientation called FPOPs, with names like Discover Material Science and Engineering or First-Year Arts Program. The one I went to is Discover Earth, Atmospheric and Planetary Sciences, or DEAPS. The highlight of DEAPS was a trip to New Hampshire to scale Mt. Washington, and talk about weather, some cool-looking rocks, and the plant life in the area.

What I remember most about the trip, though, is a visit to Diana’s Baths. Several waterfalls form a stream, with smooth stone and pools of water surrounding it. Over thousands upon thousands of years, the flowing water smooths out the rocks, making them smooth, and digging out holes. I found a quiet spot to sit down, away from any of the other visitors. 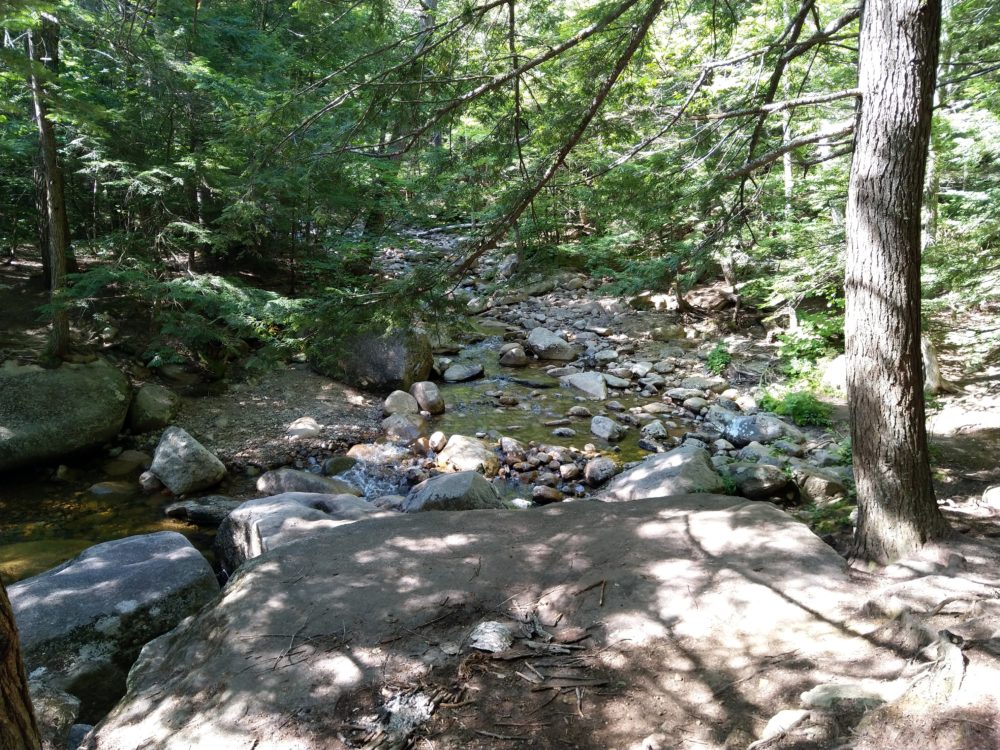 I swear that in that moment, time moved slower, like it does in the movies. Those thirty minutes sitting alone felt longer than everything else that happened since I arrived at MIT. And everything that’s happening at MIT feels the same way. Each hour passes by so slowly, and yet you look back and all of a sudden it’s been two weeks, and it doesn’t feel like anything’s happened.

So here’s another thing I’m afraid of. Sure, each individual event would be wonderful and fun and exciting, but string dozens of great events together, and none of them would stand out. Nothing would be particularly life-changing, nothing would be particularly memorable. Until eventually, my standards raise to the point that what was previously new is now normal; that the wonder and mystery of MIT has been taken out and replaced with routine.

But for now, MIT is parang slow-mo, and there are moments that feel particularly slow-mo.

Moments like sitting on a boat next to a friend and staring out into the Boston skyline, without the pressure to fill the silence between us with conversation. Or like watching water flowing through a stream, feeling sunlight trace through my skin, smelling the scent of grass in the air.

Or like the twenty-minute walk from Next to East Campus, from one end of MIT to the other. It’s particularly nice at two in the morning, when the only sound you would hear is the occasional car or distant chatter.

Or like standing on the Harvard Bridge, watching the sunset turn into night. Bright orange fading into brilliant blue, sunlight shaping buildings into black rectangles. Studs of white and yellow light glittering from the silhouettes. Reflections like paint dripping into the water, and the waves washing away the shapes, leaving only the colors.

This place has been exhausting, overwhelming, and even life-taxing.

But there is so, so much color here.