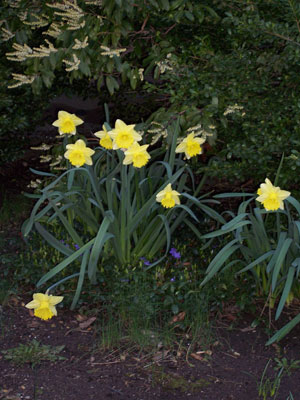 Spring has sprung at MIT, with flowers in bloom across campus… 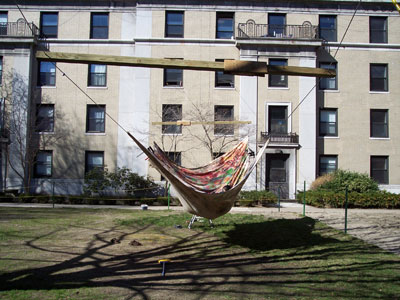 The awesome folks at the East Campus dormitory built a giant hammock (!) stretching between the two parallel buildings. In this photo, you can see the top of a lounging student’s head. 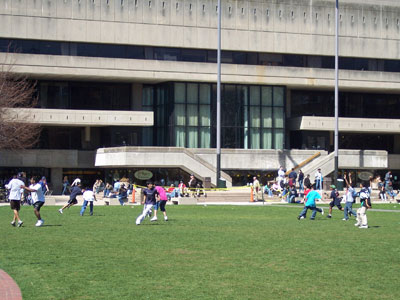 A touch football game broke out on Kresge Oval. 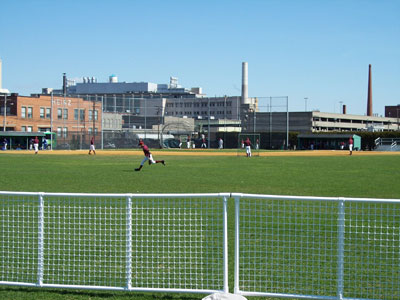 Meanwhile, on Briggs Field, the Varsity Baseball team was getting ready to play (and sweep) the Coast Guard Academy in an afternoon doubleheader. 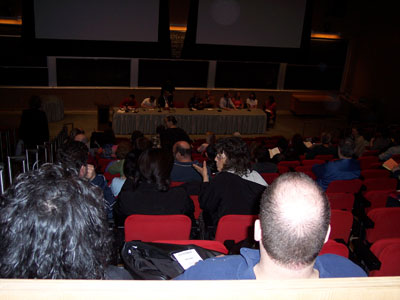 Inside the Stata Center, the parents attended a panel on student housing… 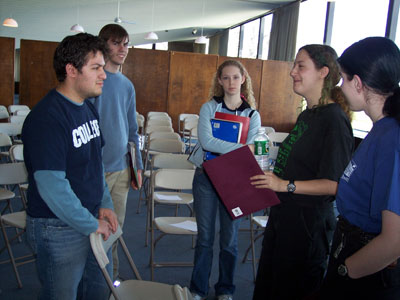 …and the students attended their own panel on housing. Afterwards, some students stuck around to ask more questions of MIT student panelists Jessie (green hair) and Kelsey (blue hair). 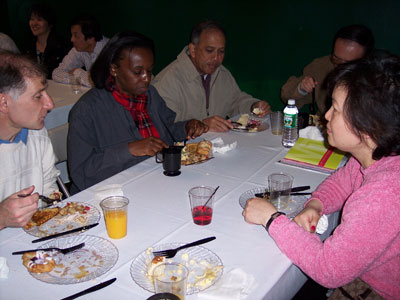 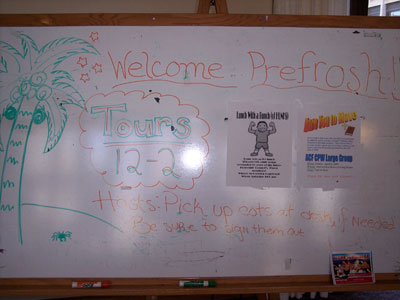 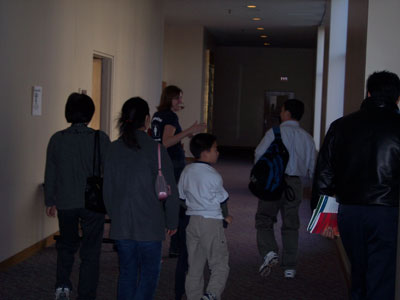 After the brunches, all of the dorms provided house tours, including McCormick Hall. 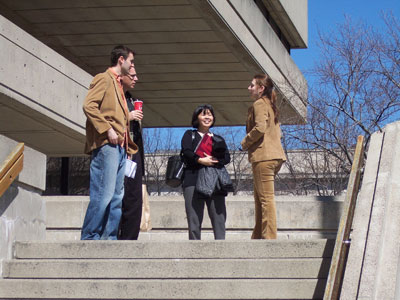 Another tour guide shows some families around campus. 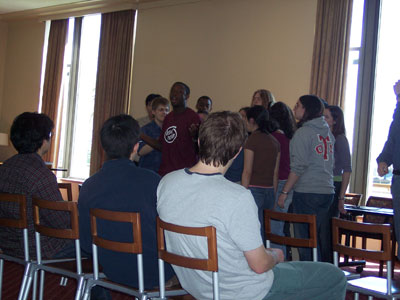 There were also a number of religious events on Saturday and throughout the weekend. MIT’s Christian groups held a panel on Saturday afternoon, which included a performance by the Cross Products. 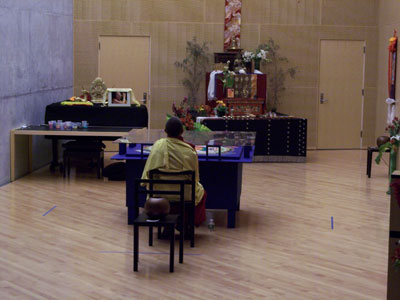 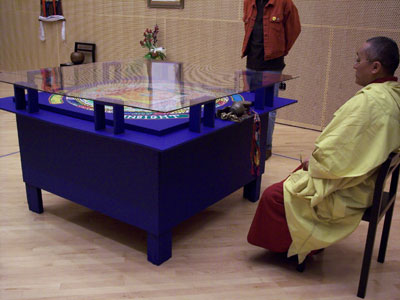 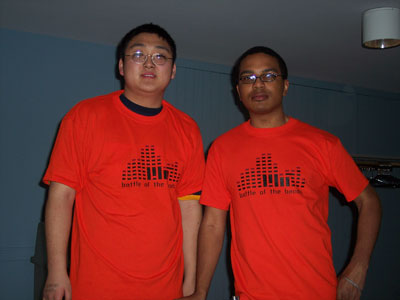 Saturday evening featured some fun events, including the annual Battle of the Bands. Here, Huanan and Bryan sport their BotB shirts, so stylish that Ben had to buy one. 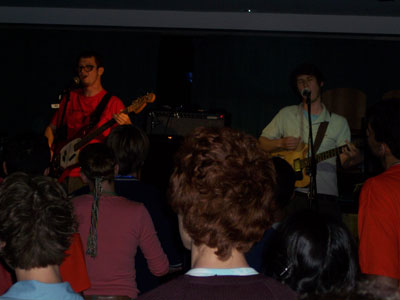 We saw some pretty awesome bands, including the winning band Polski Fiat.

Next entry: photos from the “Meet the Bloggers” party.